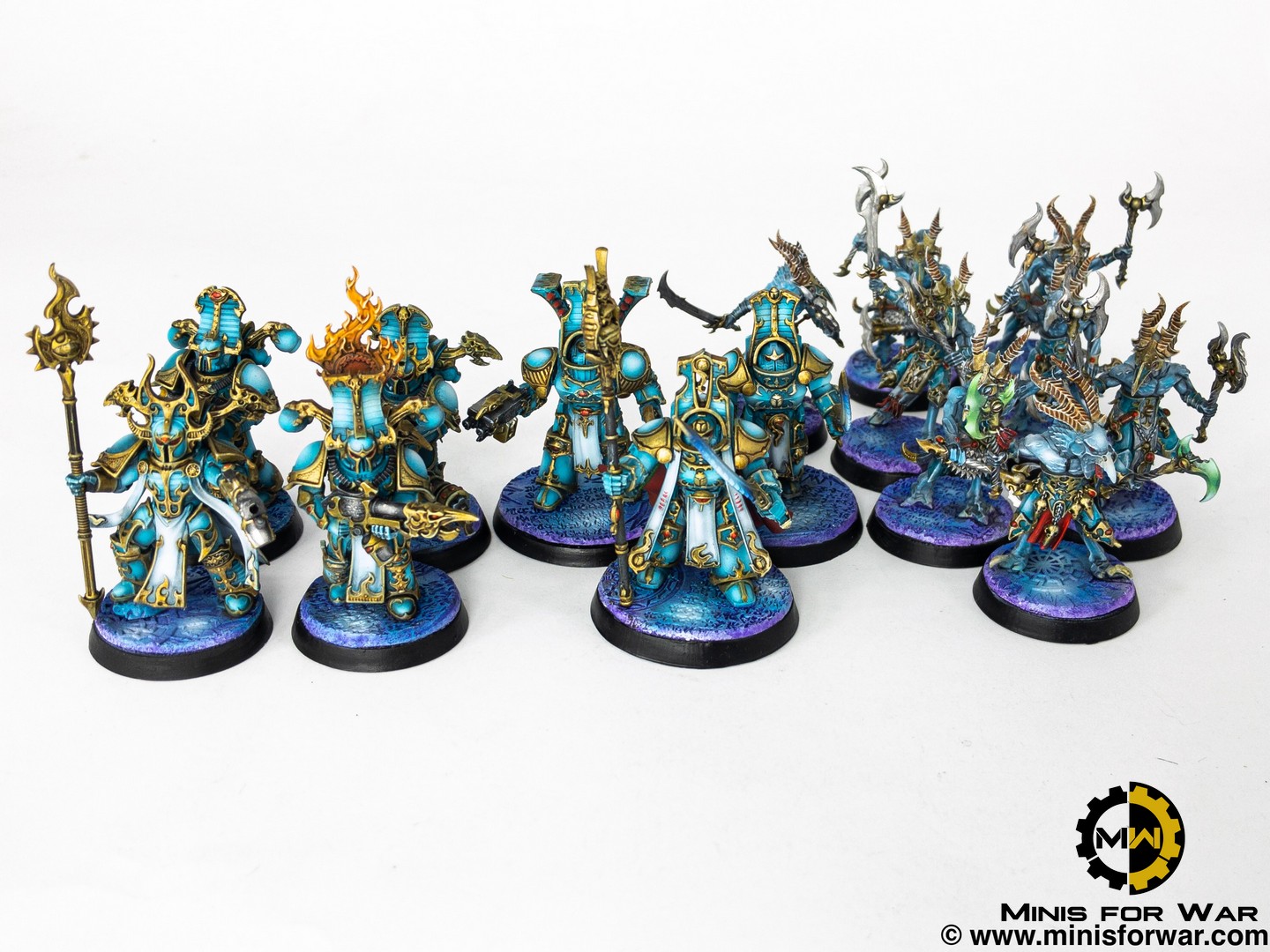 40k for the people

It’s hard to pinpoint the most popular figure game in the world, but the legendary Warhammer 40,000 will be placed on the podium in each ranking. This system draws its strength from the grim, heroic universe and from models that almost anyone can fall in love with. The world created by GW has grown dozens of spin-offs for years. We have a board games, card games, computer and mobile games, books, comics … Soon there will be a tv series and another film (after the not very successful “Ultramarines”). A matter of time is the appearance of breakfast cereals with Aquilla…

Something that hinders the development of popularity of “40k” is the game itself. As a miniature wargame, it puts quite a barrier at the entrance for the new players. The models are beautiful however preparing a full army to play is a demanding task. It is not only about the price, but also the amount of work that a newcomer will have to put into preparing and painting an army of models. The rules of the game, despite continuous evolution, are still a bit too complex. You need to spend a lot of time to embrace all these rules, combinations of squads and equipment. In addition, we need a lot of space to play the battle (table 72’x48′ for medium-sized games). In its basic version, Warhammer 40,000 requires a lot of commitment that only the most determined fans can afford. 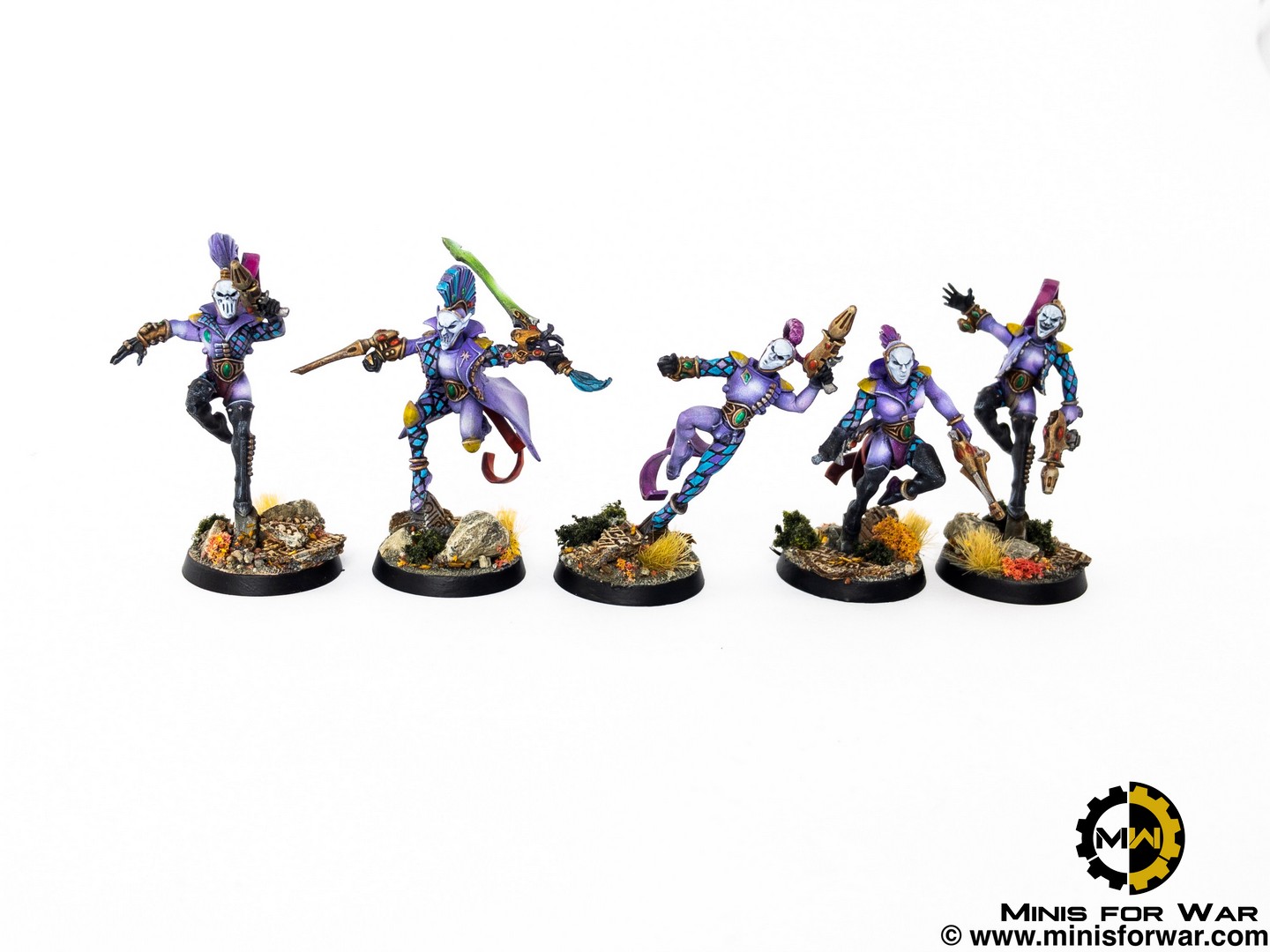 If you feel like exterminating Xenos in the name of God-Emperor, but you do not want to sell your kidney and give up watching TV series, then from 2018 you have such an opportunity. I mean “Kill Team” – it’s also 40k, but much more accessible and fun to play!
It was preceded a year earlier by the release of the title “Shadow War: Armageddon”. The original had very simple plot assumptions: small, elite units face each other away from their main forces. In the maze of ruins, structures and dangerous terrain, they have a mission of strategic importance to perform. They cannot count on the support of artillery, tanks or heroes. All that is left for them is cunning, courage, a good plan, overpowered roster and lucky dice throws. In practice, the game allowed us to assemble a team of several or a dozen or so, belonging to the popular Warhammer 40.000 factions and to play a skirmish battle. “Kill Team” basically offers us the same thing, but as a game it is much more refined, attractive and extended than “Shadow War: Armageddon”. 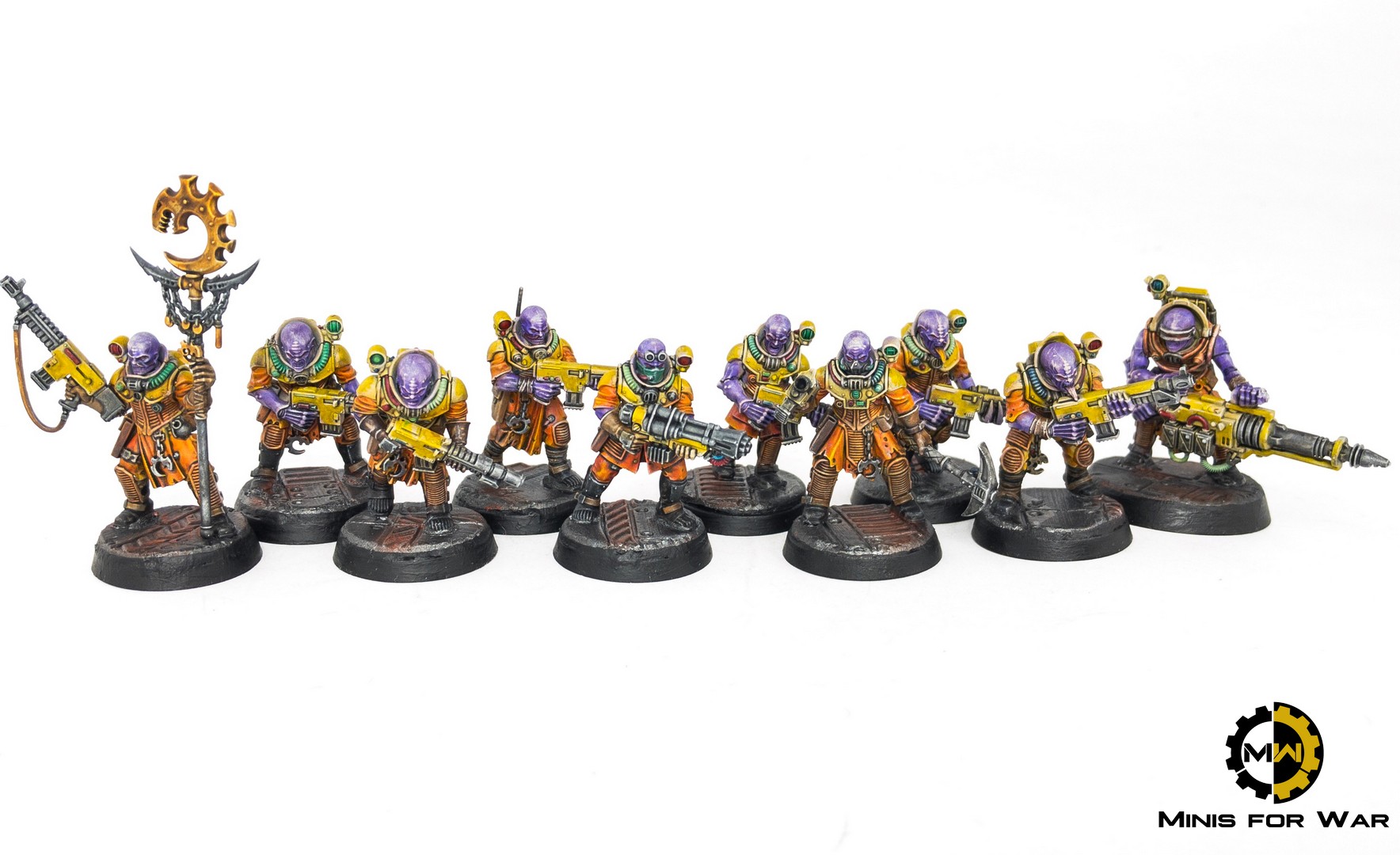 Often the adventure with the wargaming system begins with a starter set. It’s the fastest and most beneficial way to recreate fragments of battles from the dark future on the table. In this aspect “Kill Team” is not lagging behind the competition – in less than two years of functioning on the market as many as three different starting boxes appeared (and many smaller expansions)! In each of them we will find everything necessary to start the game – a rulebook, dices, rulers, figurines, models and a board.

A surprisingly good element of the starter set are the terrains – carefully made, easy to assemble, and they can be set in many different ways. The appearance of the table is also complemented by a beautiful, printed on thick cardboard board. In addition to aesthetic values, it helps us to quickly determine the center of the map, divide it into quarters, and facilitates measuring ranges of motion and weapons (while it is not divided into squares, like in the “Space Hulk”).
The models in the starter kit form two playable teams, and in each of its editions we have received different factions. A bold publishing move was the creation of unique figurines not assigned to any currently released Warhammer 40k army: the crew of the merchant ship and mutants from Warp (“Kill Team: Rogue Trader”). All models are designed to accelerate from zero to hundreds the beating every nerd heart. 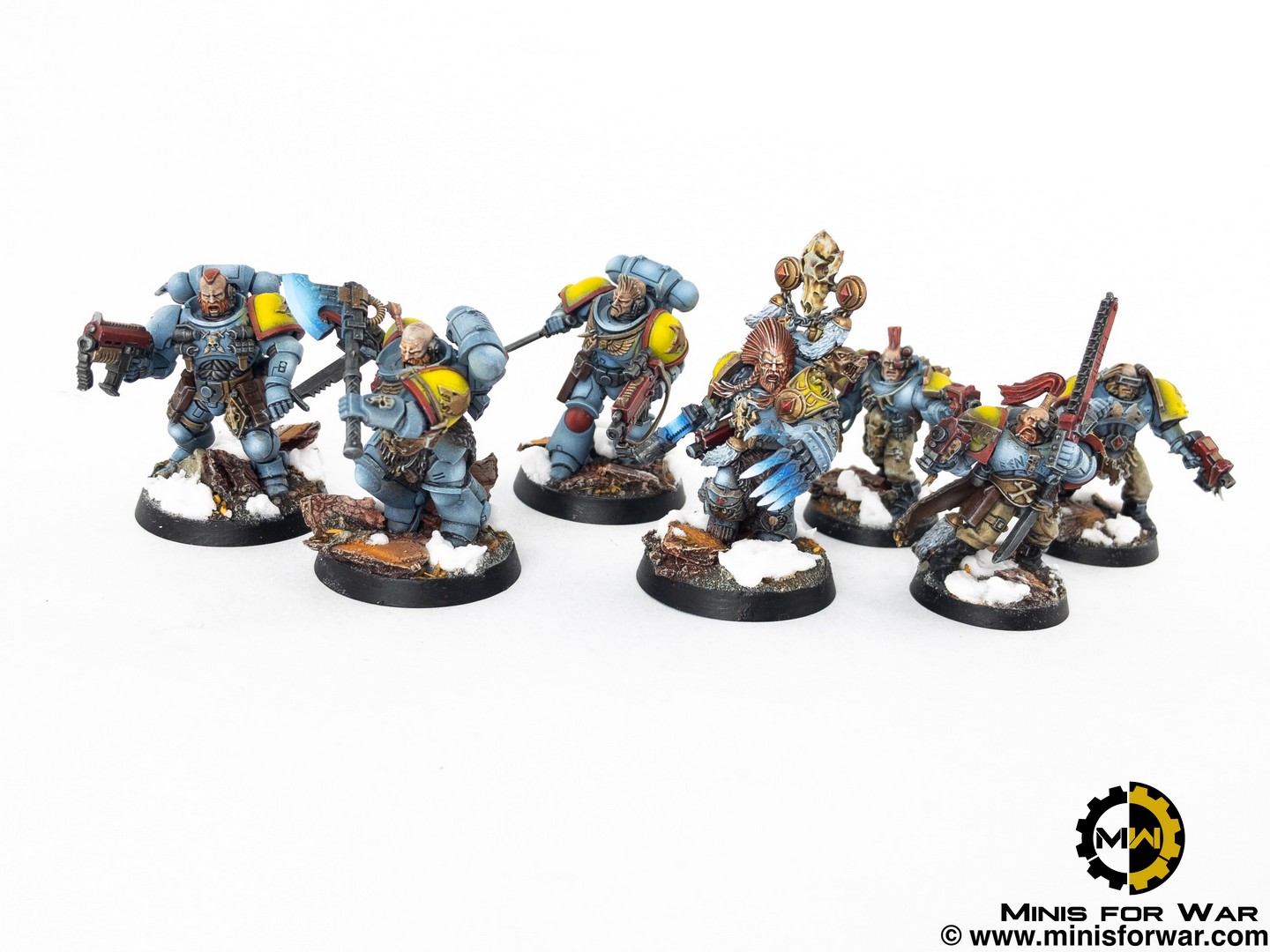 Playing in “Kill Team” is a classic skirmish. Our troops will be rather few – minimum are three models, and the largest hordes (after taking into account additional rules) will reach a number of dozen-and-so figures. They will fight over a small area: 22 ‘x 30’. Such a limited acreage gives us a double advantage – the battlefield will fit on an ordinary home table, and the action immediately starts off. Models have been within range of their guns since the start of the fight. There is no time for hide-and-seek, the fight is booming from the first round.

Speaking of combat, the “Kill Team” uses the mechanics known to us from “Warhammer 40,000”. Figures have several parameters determining their range of motion, effectiveness in melee and ranged combat, resistance to damage and morale. The whole fight was divided into rounds. First, we move our models, then we shoot, cast spells, and finally we go to the melee. At the end of the turn, you may need to test your morale. 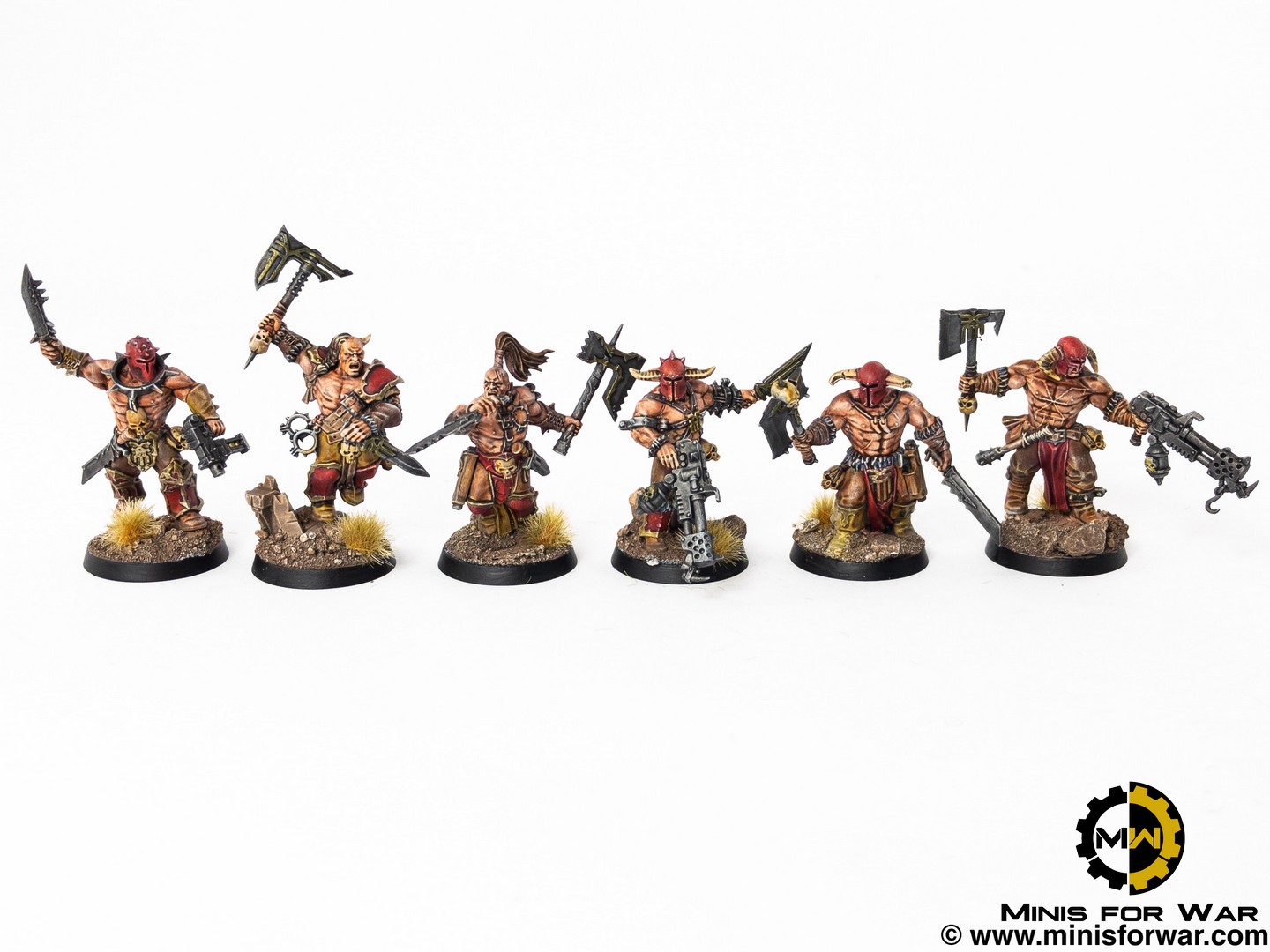 Of course, as befits skirmish, the rules are a bit more detailed – e.g. not every wound means exclusion from the fight. You can also prepare a response to your opponent’s actions and react during his turn. Not all weapons will be able to fire if the model has made a move. It is also possible to decrease morale with too high losses – so the model will fight worse than usual. The basic rules of the system are about 20 pages and I have the impression that they could be simplified (e.g. currently, the effectiveness of an attack is decided by a series of three throws).

Thanks to the moderate scale of the game, the game is played without any unpleasant slow-downs. A small number of figures equals a small amount of dice throwing and counting. It is not uncommon for games to be completed in tens of minutes, but usually it takes a little over an hour to play a single scenario. Every minute is filled with action, every roll can ruin even the best plan. In addition, we have different modes of play (some of them appear in the add-ons) that will multiply the fun. We can play narrative, competitive missions, outdoors and indoors (in the game world), campaign, multiplayer …
It takes some time before you can remember all the parameters, ranges of various weapons, strength, armor modifiers. Fortunately, compared to the full version of WH40k, the amount of these rules is not overwhelming. 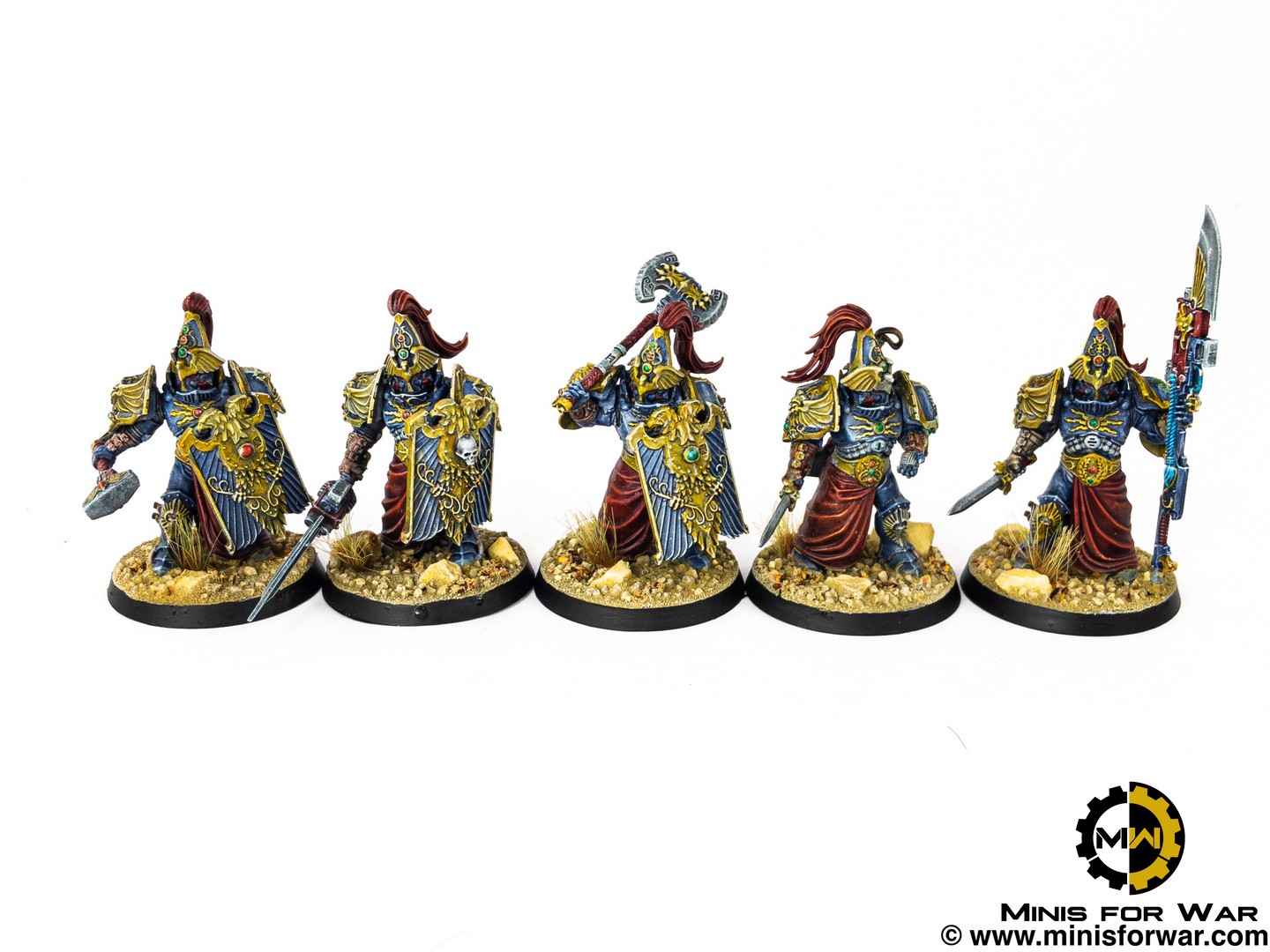 It is worth knowing that the basic rulebook contains the rules needed to put in a dozen or so factions known from the Warhammer 40k universe in the game. Actually we can play everything except large vehicles (like Knights) and specialized units of the Empire, such as Officio Assassinorum or Sisters of Silence. The modest army lists mean that after purchasing two infantry boxes, we have a set of models and parts from which we can make various lists. However, this is not all! During the short life, the system was enriched not only by starters, but also by several add-ons lines. We had heroes (for each faction), a book with rules that allow us to list elite units, new factions in “White Dwarf”, new sets of terrain models, a tournament game supplement.

A tempting option were limited (unfortunately!) boxes with special teams. In addition to the figurines, we received in them the history of the given squad, new scenarios, cards with statistics and a large number of great terrains- all at an attractive price. Now you need to settle for standard boxes for Warhammer 40k figurines or search the offer of independent online and stationary stores.
The offer that GW has served us makes it very easy to start with “Kill Team” and then expand it according to our preferences and style of play. In addition, it is almost certain that Games Workshop has not yet said the last word on the “Kill Team” system topic. It still lacks rules for large monsters or mechs… 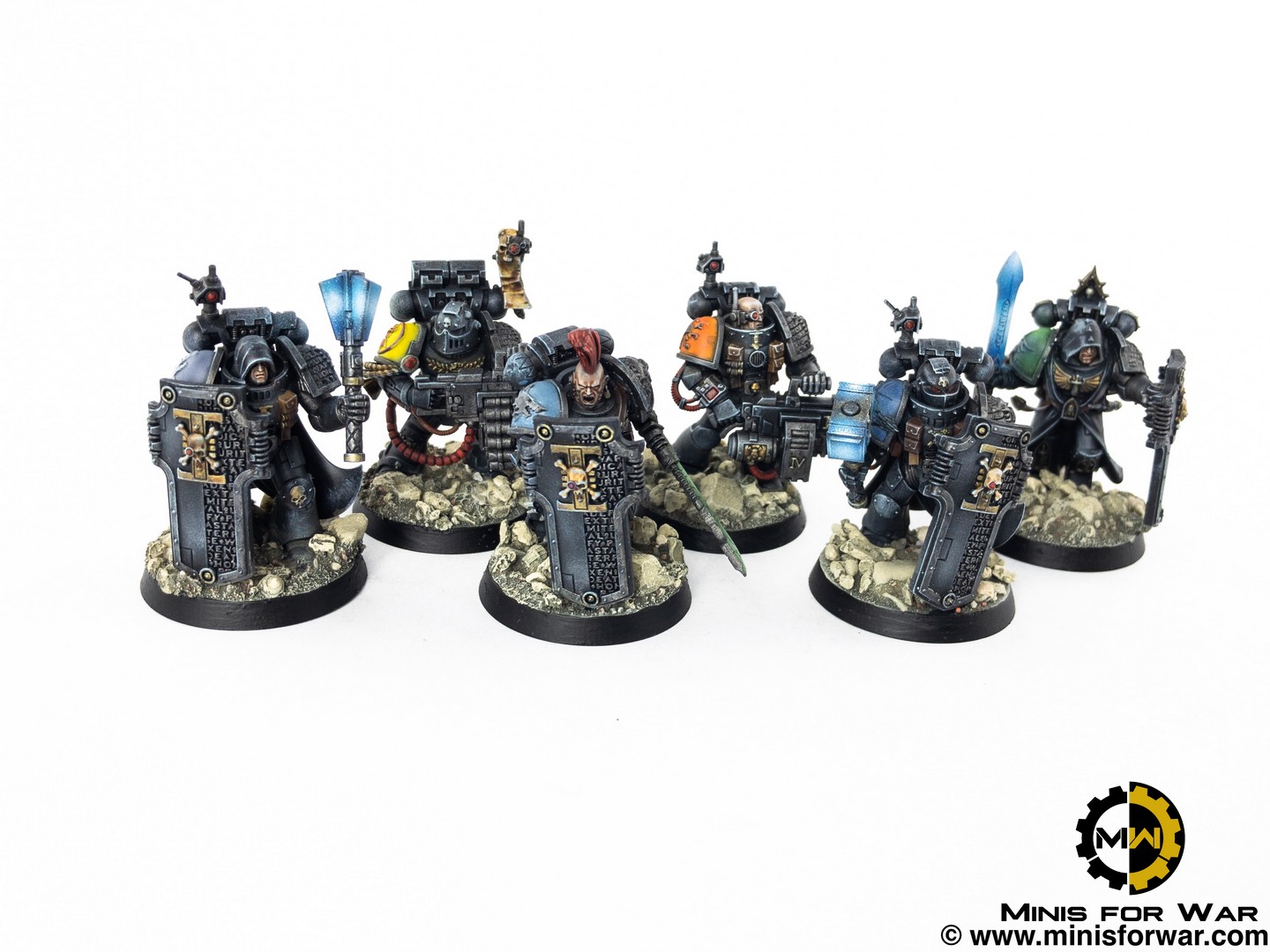 Even a man who has nothing can give his life to the Emperor.

Time for a recommendation – is this a good game? As a passionate person, I believe that there are no bad wargames, they are only ill-suited to the needs of a given player. Let’s try to think about who will be interested in “Kill Team”. I think this title may appeal to:

– People who love the world of Warhammer 40k, but so far shunned the game because of its complexity and cost.
– Veterans of game who already have several armies, but lack the time and space for hours of play.
– Enthusiasts wanting to play with someone who has not been involved in the hobby so far: a friend, neighbor, colleague…
– People who want to try battle fun but are not convinced that it will suit them in the long run. “Kill Team” gives you the opportunity to check it quickly and at low cost.
– Parents who want to get their children involved in the hobby. The moderate complexity of the game means that most teenagers can handle it (unless English is a problem for them, and there is probably no better way to learn a foreign language than through play).
– To all those who need an excuse to buy and paint some great looking and designed figurines 🙂 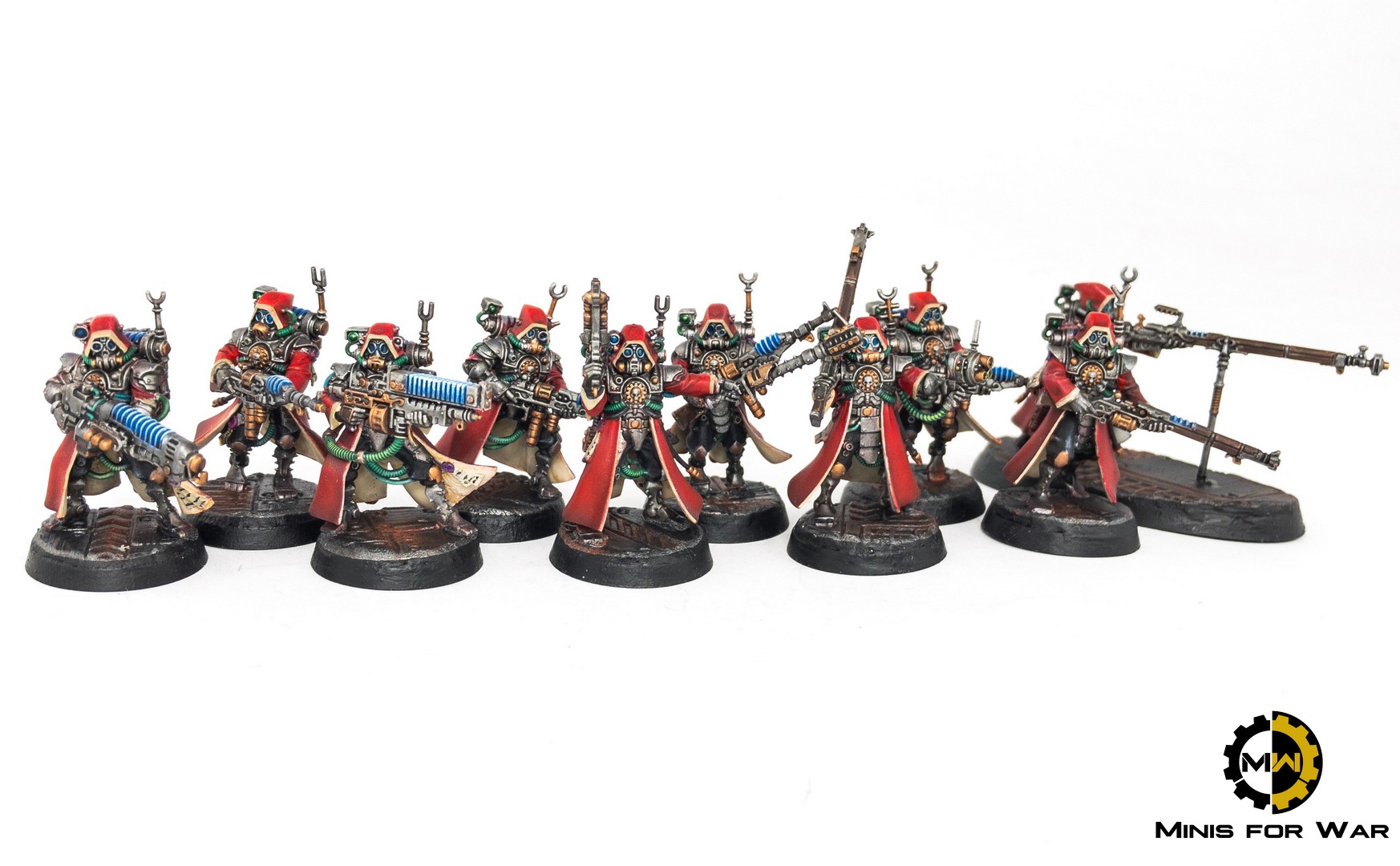 Still not sure, is it worth getting to know “Kill Team” better? Finally, I will try to point out the strengths and weaknesses of this game.

Advantages:
+ Basic rules that are easy to understand and learn
+ Top-quality terrains and equally good models
+ Small scale of battles
+ Fast gameplay time
+ Excellent distribution, which translates into relatively easy access
+ Huge possibilities to expand and diversify the game
+ Crowds of fans around the world – you can easily find companions to play