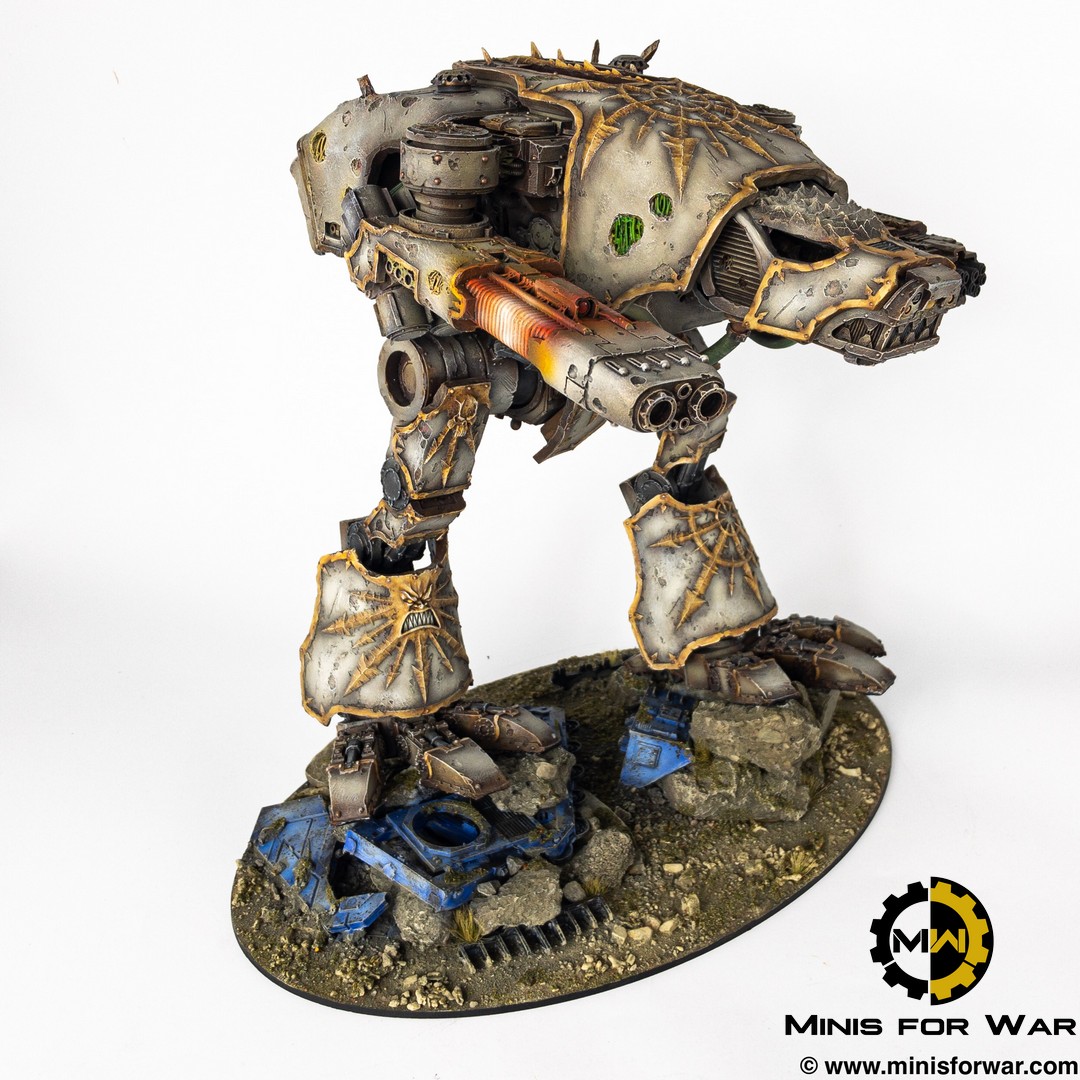 Chaos Warhound Titan is definitely a big “toy” – it came to us already assembled and intended to be repainted (from very dark brown). An additional challenge was the fact that it was assembled in the wrong position and could not stand on the table.

We decided to make him an oval stage stand with dimensions of 30 cm x 20 cm. It was cut out of HDF and enriched with some stones and wrecks of Space Marines vehicles. After attaching to it, the model became stable and can no longer be easily knocked over.

Painting such a large figurine is a big challenge – you have to divide it into smaller parts and paint it comprehensively. It took me a lot of time.

The sculpture of the model is still excellent and defends itself in comparison with the new models. The slightly clumsy, coarse appearance of the machine perfectly fits the atmosphere of the forty millennium.

I hope you like the figurine 🙂 Soon on our blog will appear another Warhound and his bigger brother – Reaver Titan. Goodbye! 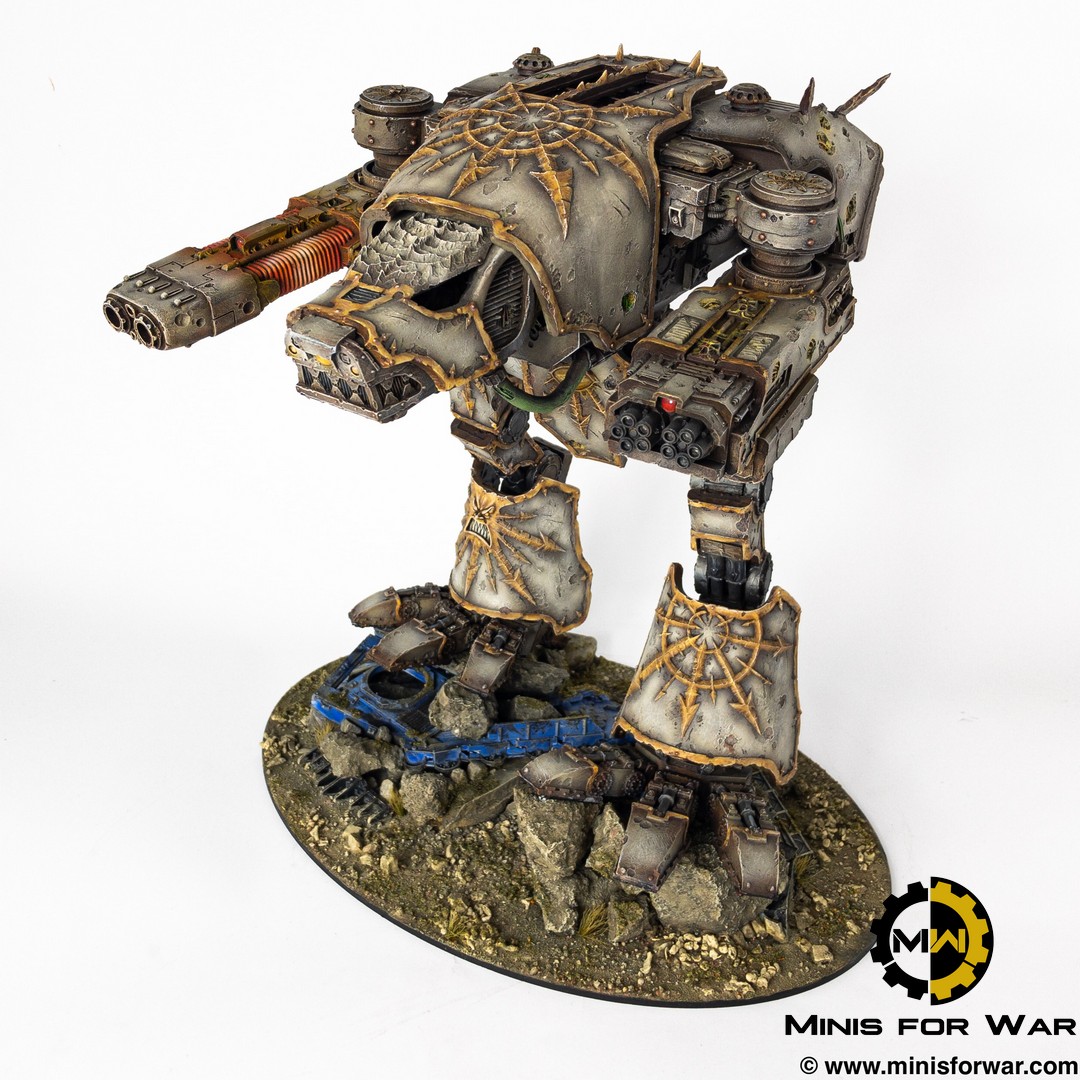 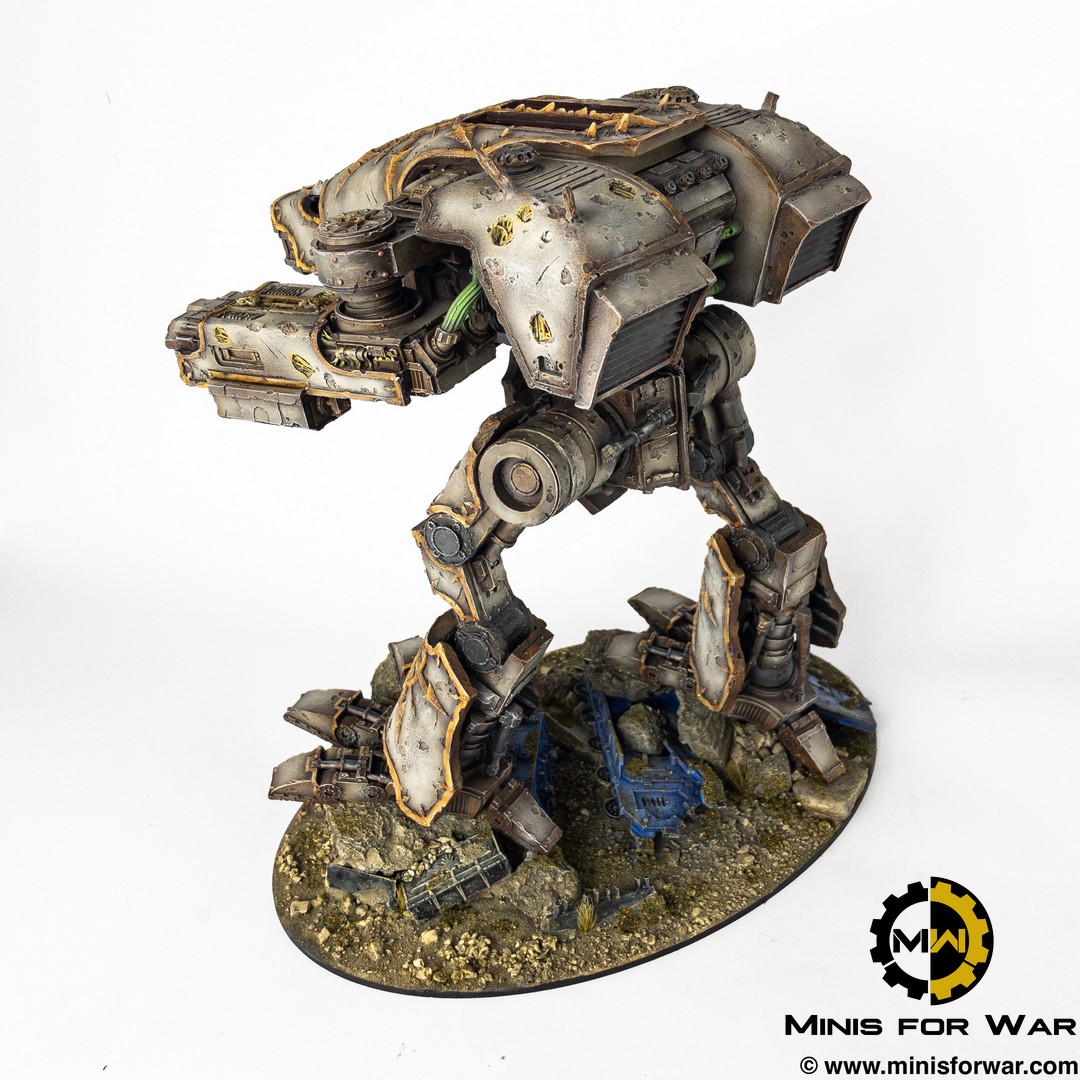 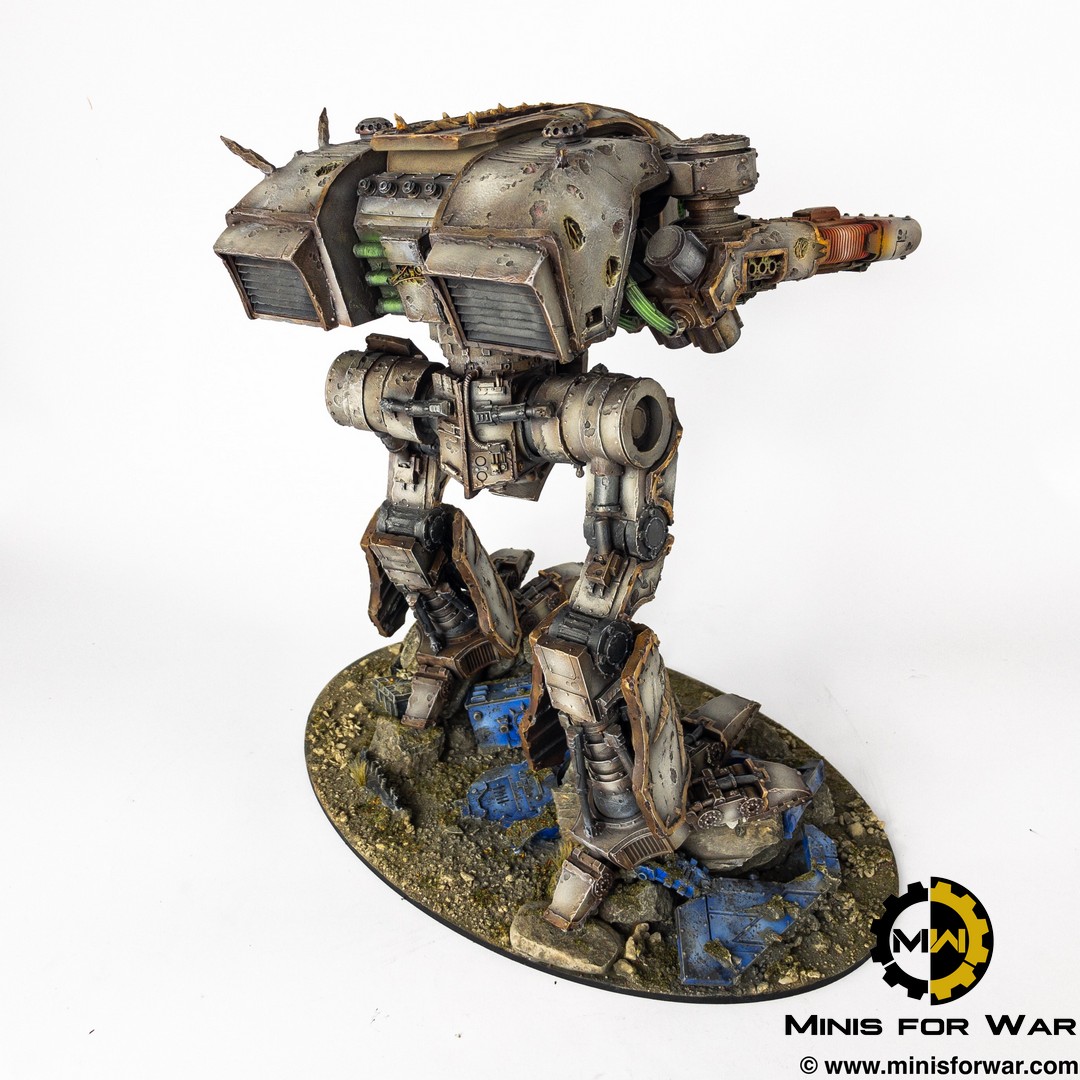 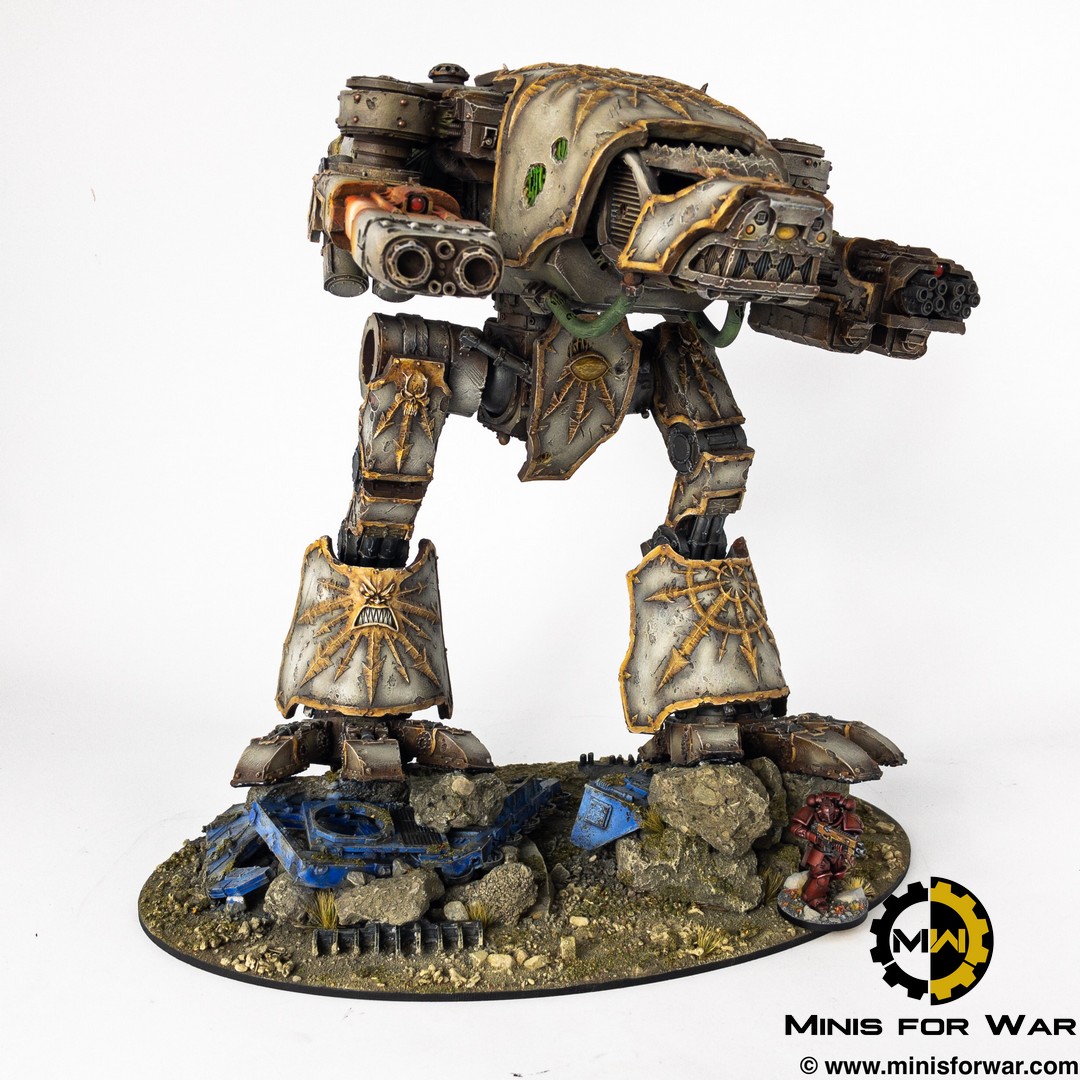 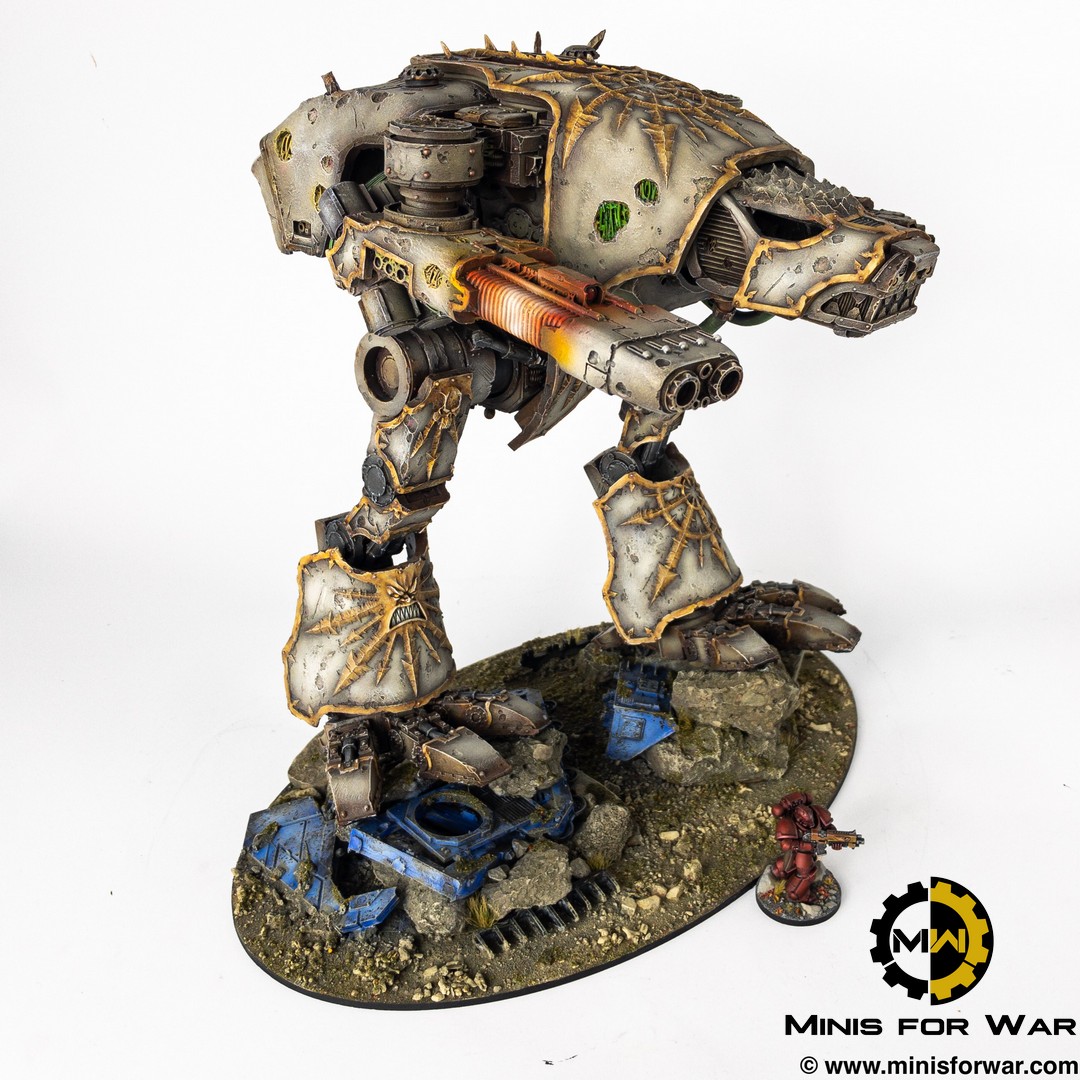