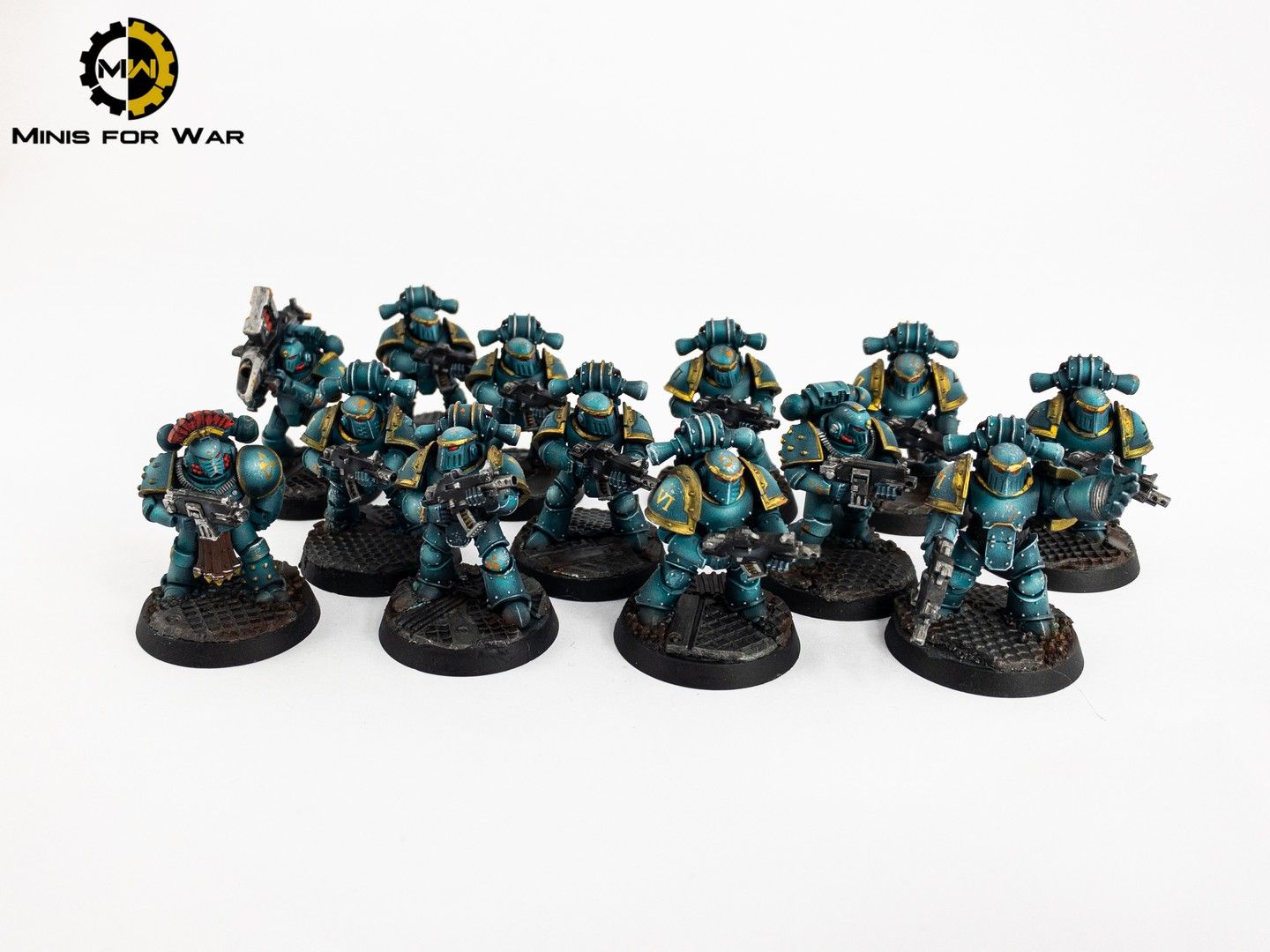 Sons of Horus, also known as a Luna Wolves, are probably the most famous Space Marine chapter. They were raised by the Emperor of mankind on Terra, at the dawn of the Great Crusade in the late 30th millennium. Few other legions could match their achievments and those that could, even fewer could rival the 16th Legion for the brightness, with which their victories shone.

In part I of the army, we would like to introduce you it’s infantry reinforcements. Models were painted accordingly to orignal, turquoise and gold Luna Wolves tones, finished up with very interesting bases. Hope I was able to catch your attention with this entry! Part II and III will be upcoming in a next few days. Stay tuned. 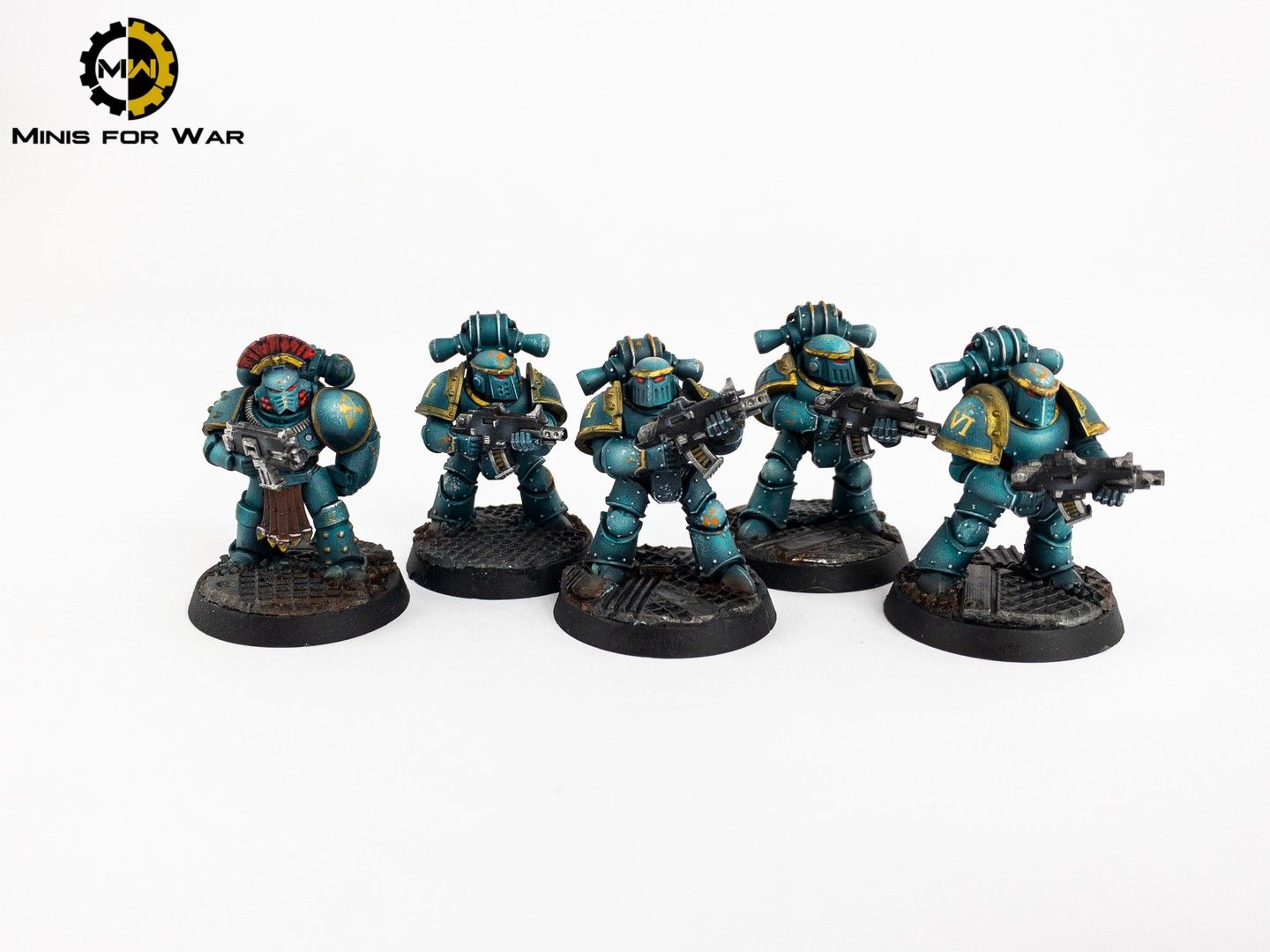 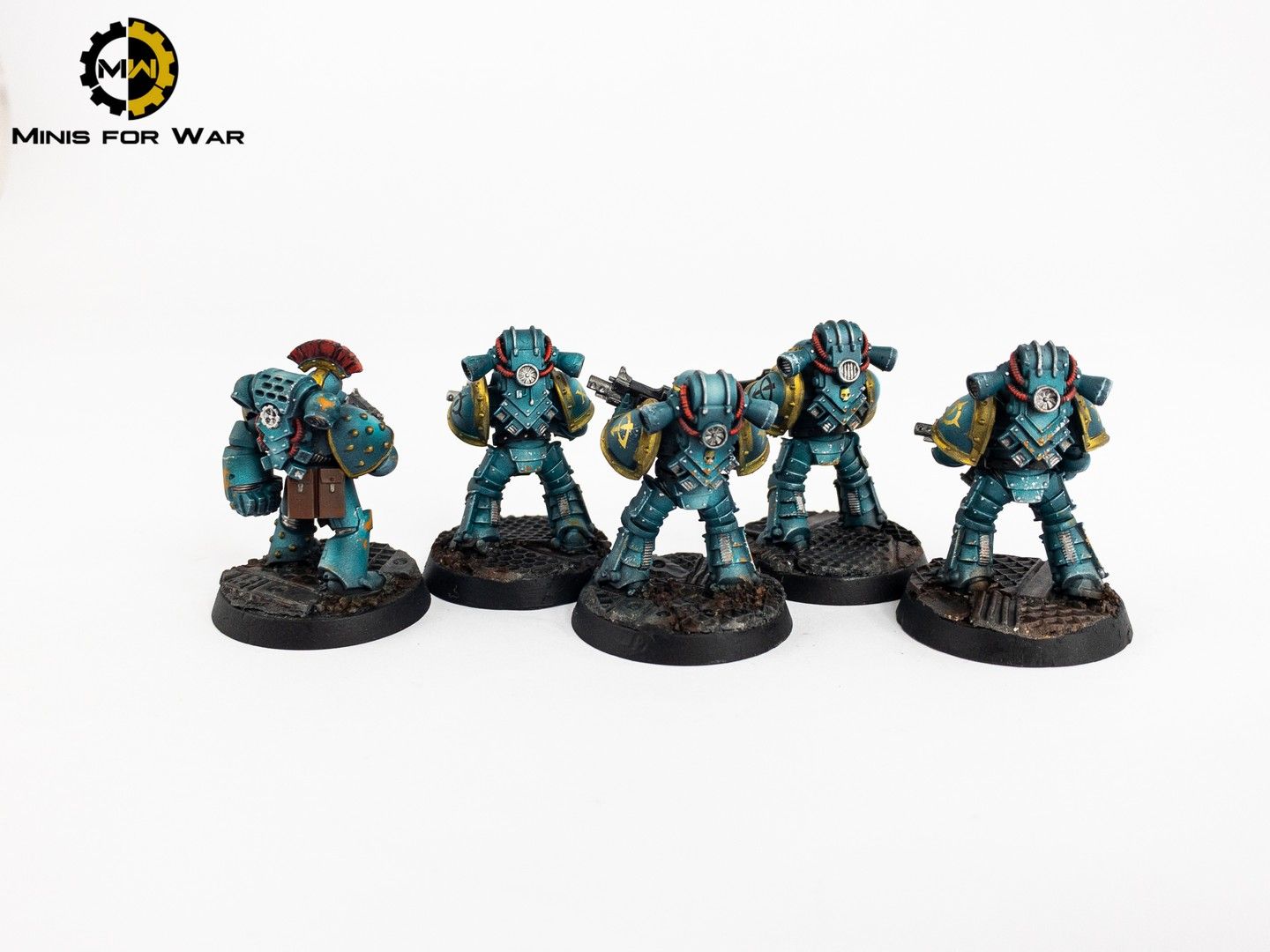 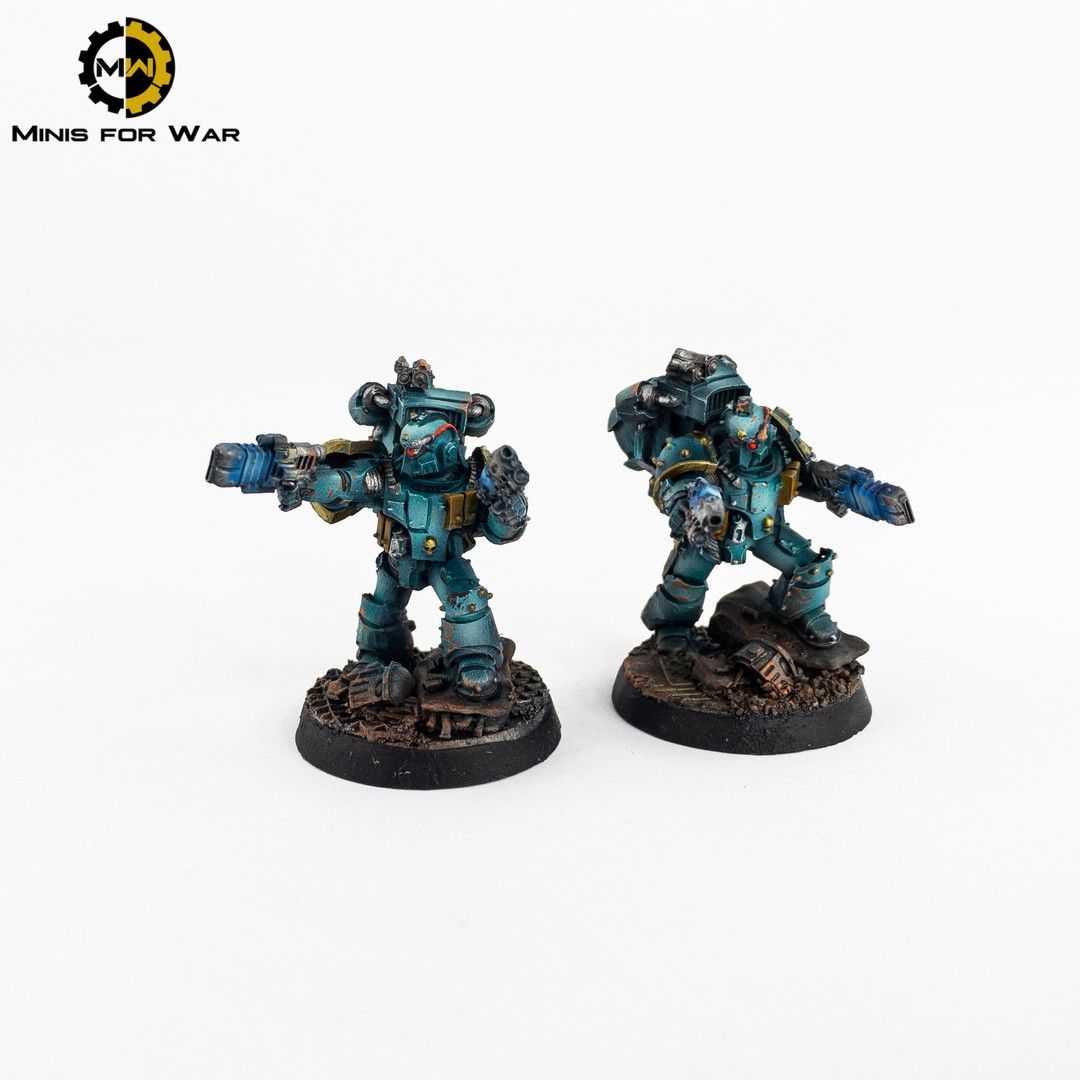 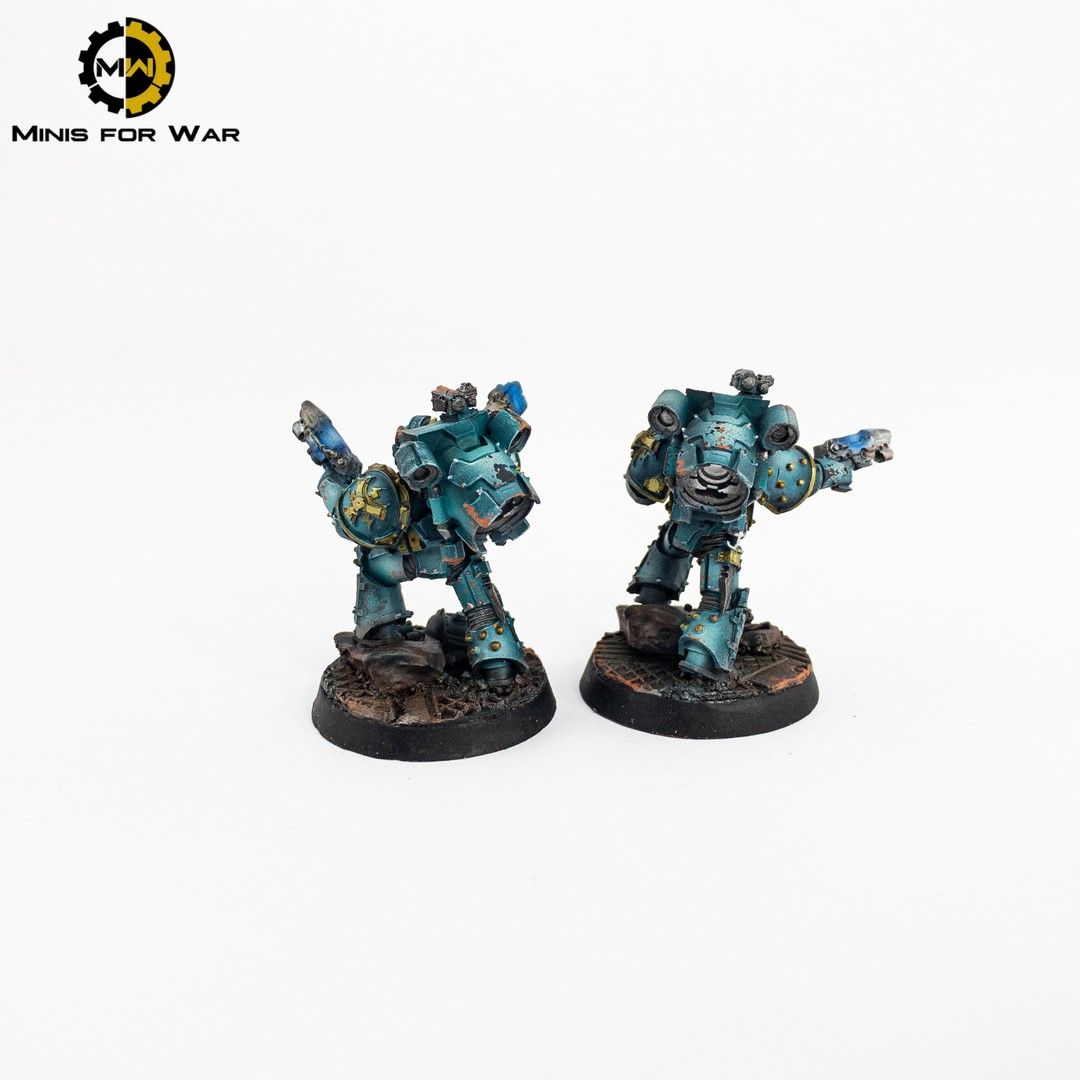