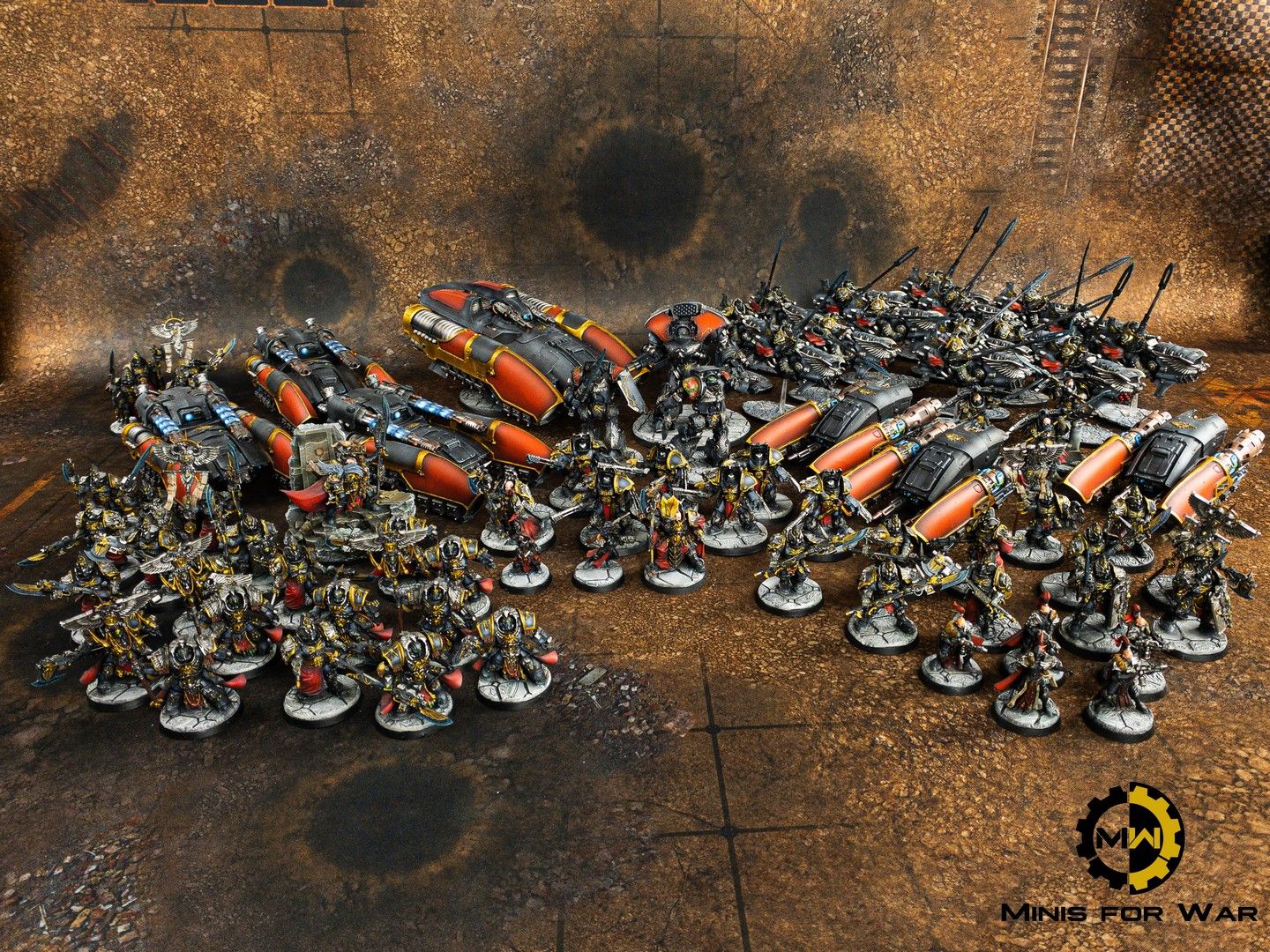 “Whatever the weapons we wield, whatever the deeds we perform, they are justified. Without us, the Golden Throne would fall, and without the Emperor to guide them, Humanity would follow.”

Adeptus Custodes, also known as ten thousand are the personal body guards of the Emperor of Mankind. They also serve as a standing defensive military force within the Imperial Palace upon Terra. Custodians are much larger, stronger and more skilled than the greatest warriors of Space Marines chapters. Unlike the chapters of Adeptus Astartes, who number on average of 1 000 warriors per chapter, the Custodies are a legion of elite, highly trained demigods numbering 10 000 invididuals. During the Great Crusade they smashed into battle alongside their Emperor and brought many victories during that time.

What you are looking at is an army worth couple thousands of points easily! It was a huge project, we spent many, many weeks working over the miniatures. I believe, the final effects are very rewarding. We decided to break the original pattern and paint them a little differently. In my opinion, combination of black, red and gold really gives them truly majestic look. 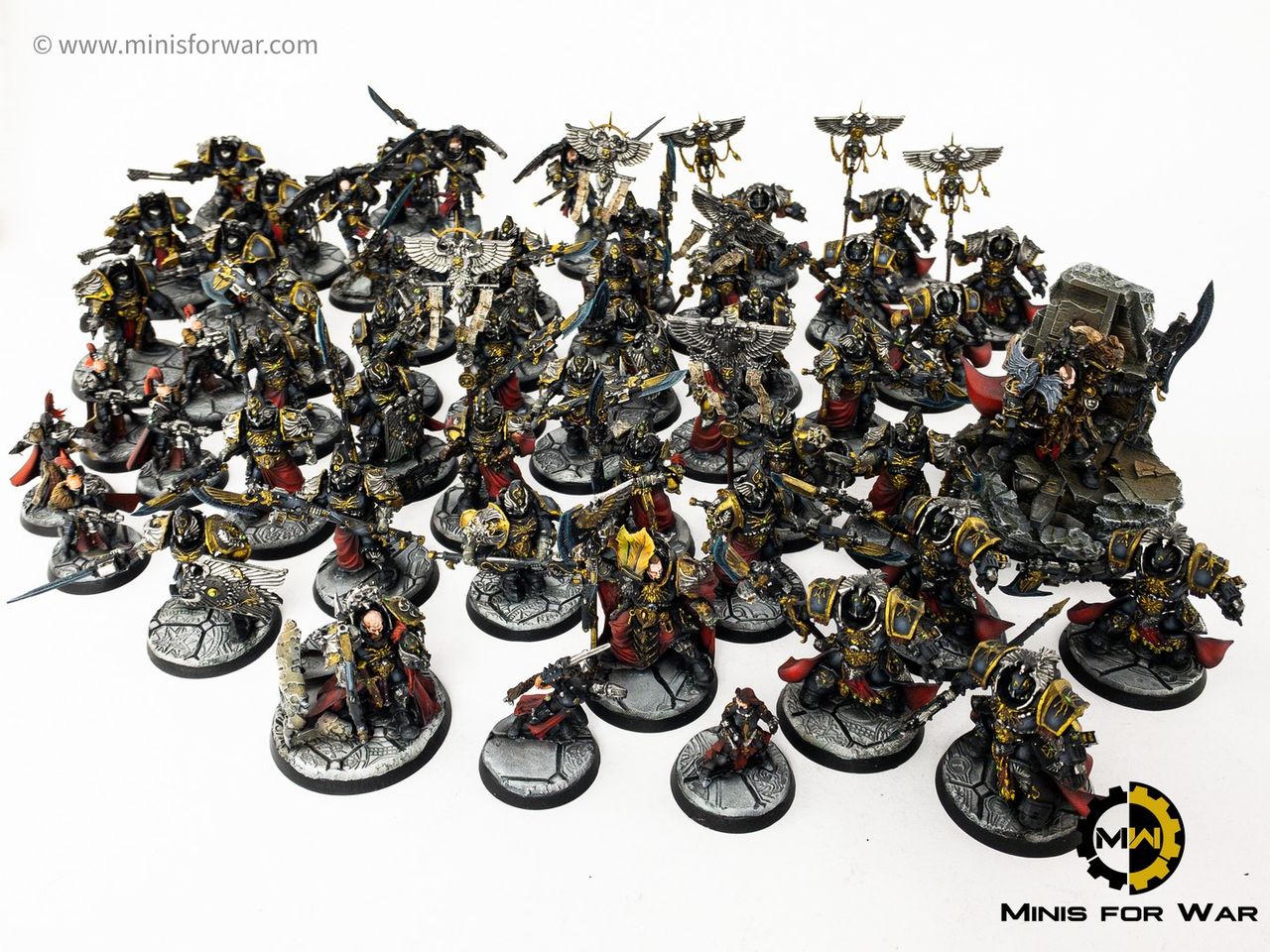 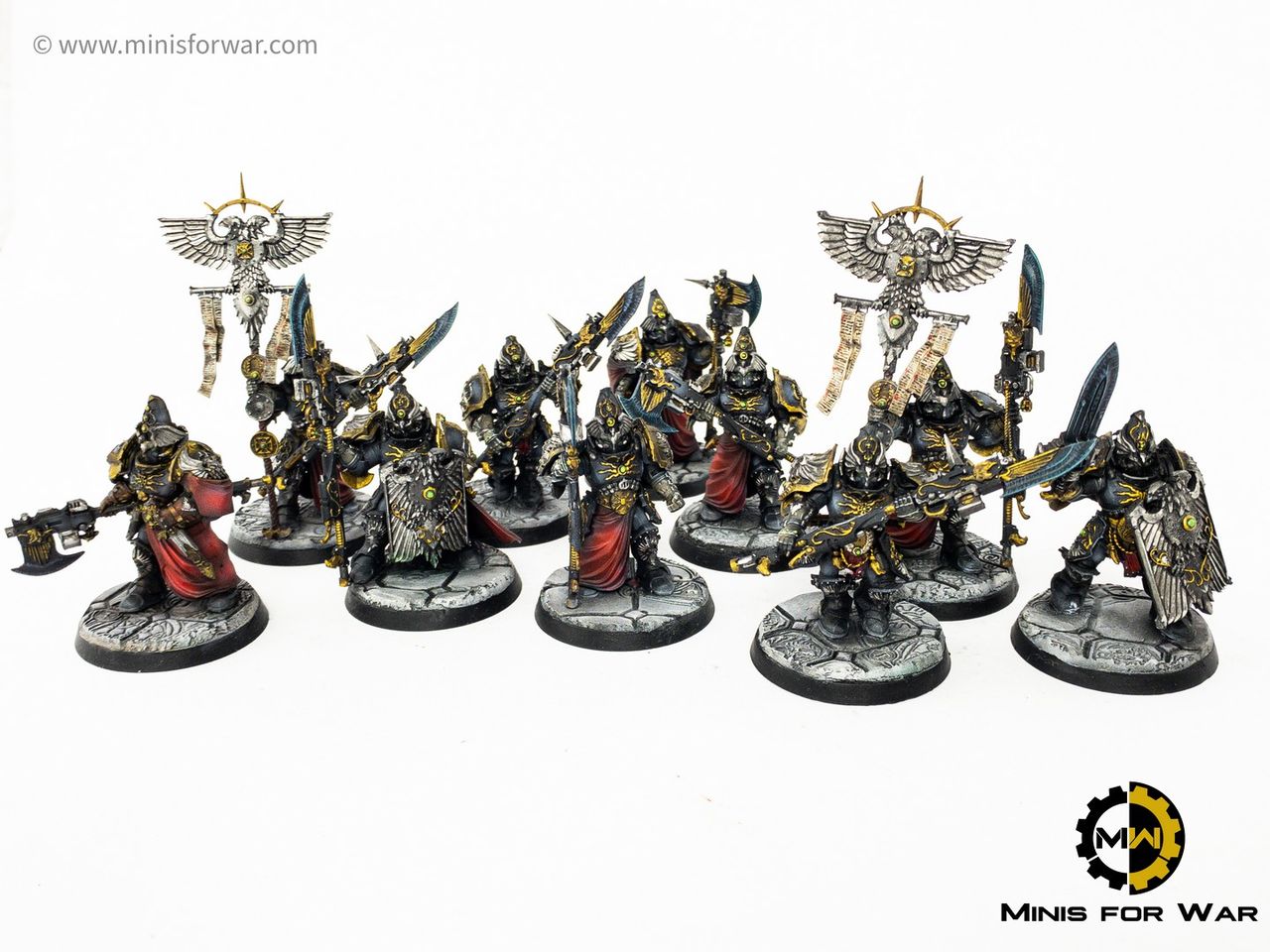 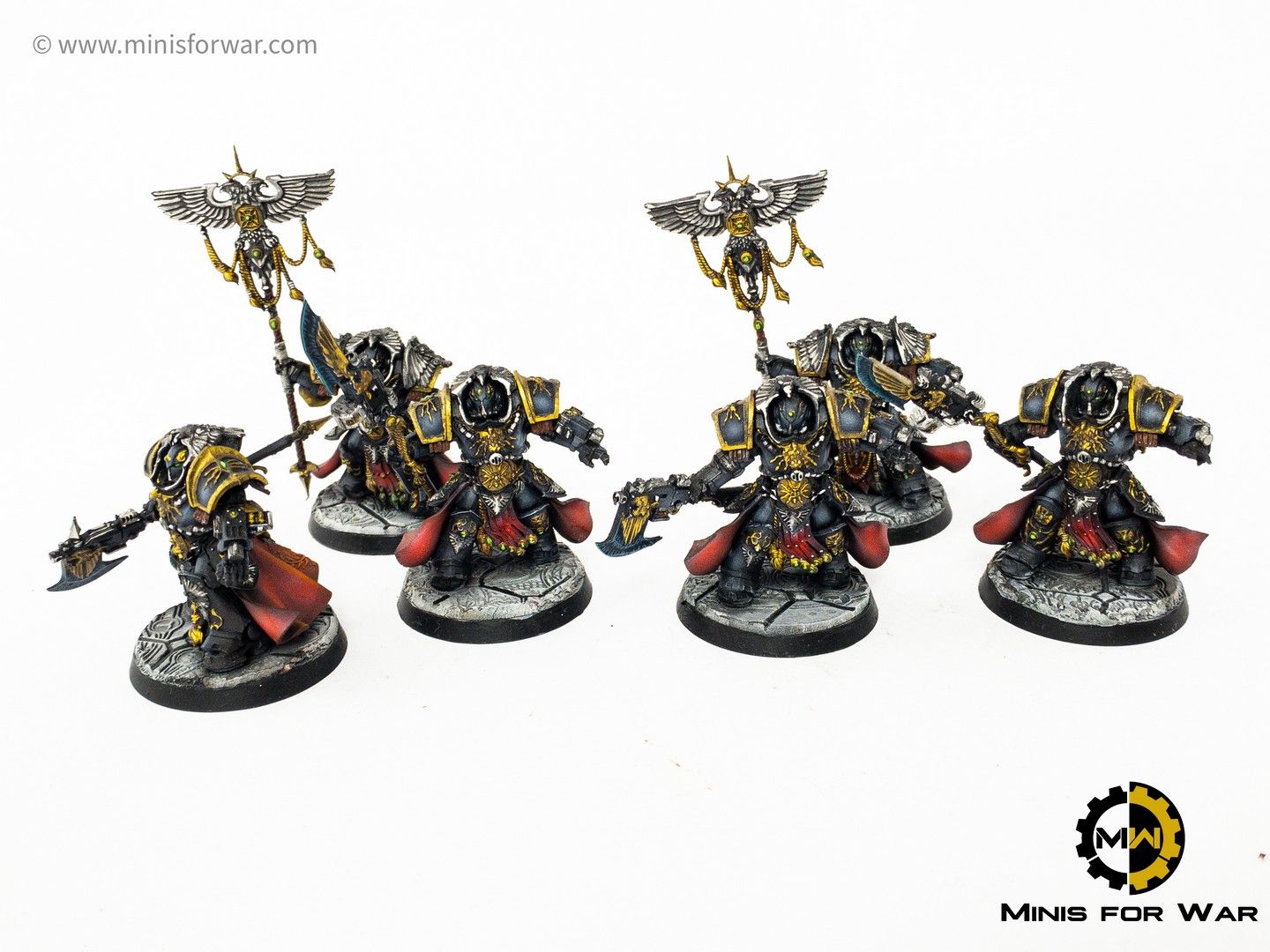 Board Game – Guards of Atlantis II