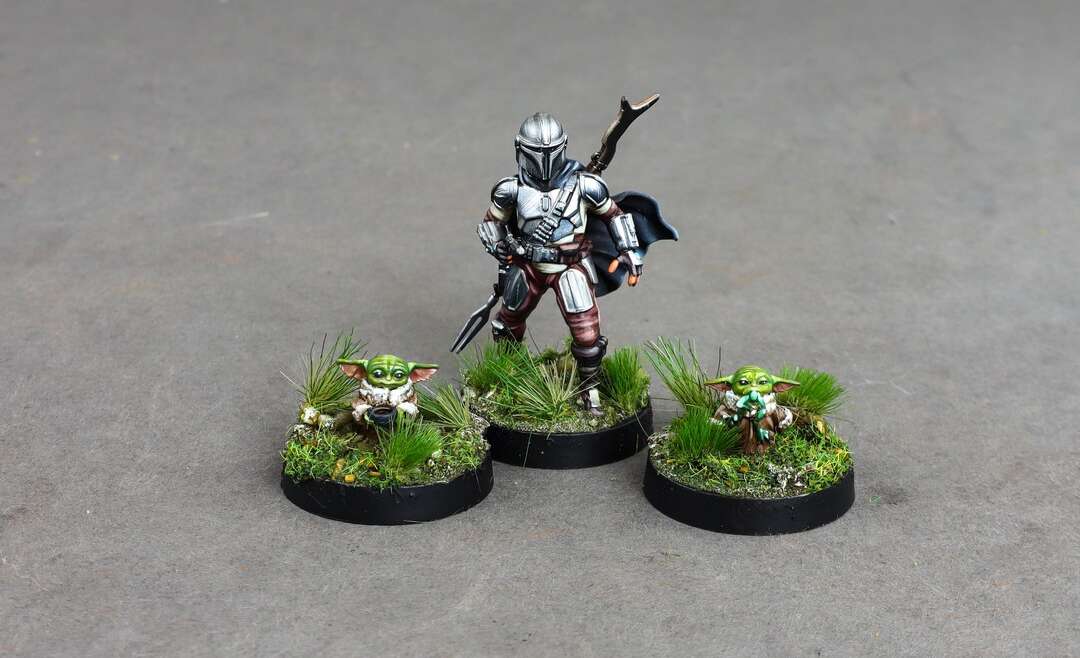 We want to show you one of the freshly released miniatures for Star Wars: Legion. 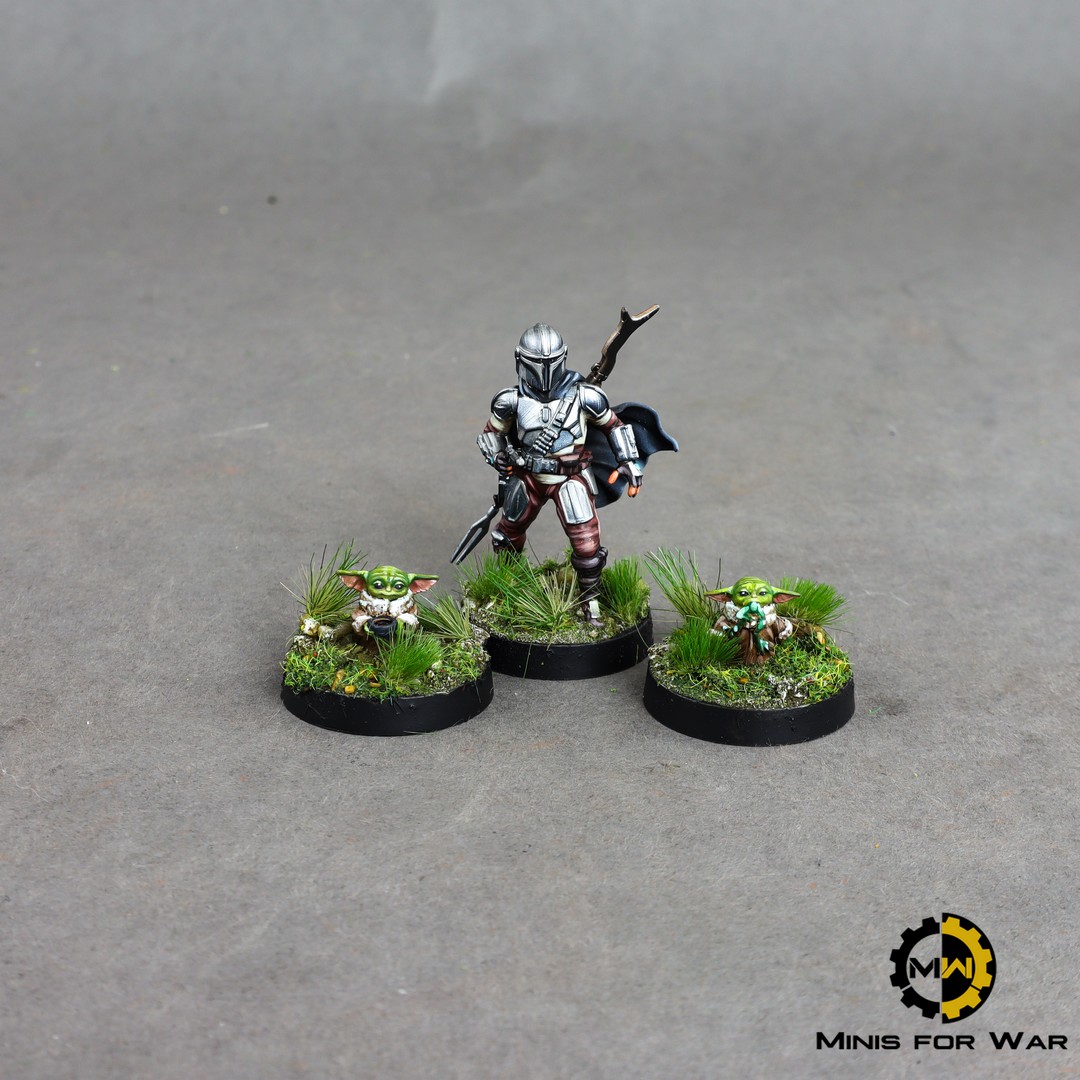 Firstly we will go with Din Djarin, widely known as The Mandalorian. He became orphaned at the end of war between Galactic Republic and Confederacy of Independent Systems. His homeworld, Aq Ventina, was attacked by separatist forces and his parents were killed by droids. Din was rescued by a mandalorian orthodox cult known as Children of the Watch and raised as a foundling by them. Djarin became a Bounty Hunter, quickly rising in popularity.   His life drastically changed after, on his last bounty for the Guild led by Greef Karga, he found a force-sensitive child from the same race as Jedi Grand Master Yoda was. They created a strong bond with each other, creating a Clan themselves.

In Legion Din can work with Galactic Empire or Rebel Alliance and in the second case he is able to pick Grogu with him. 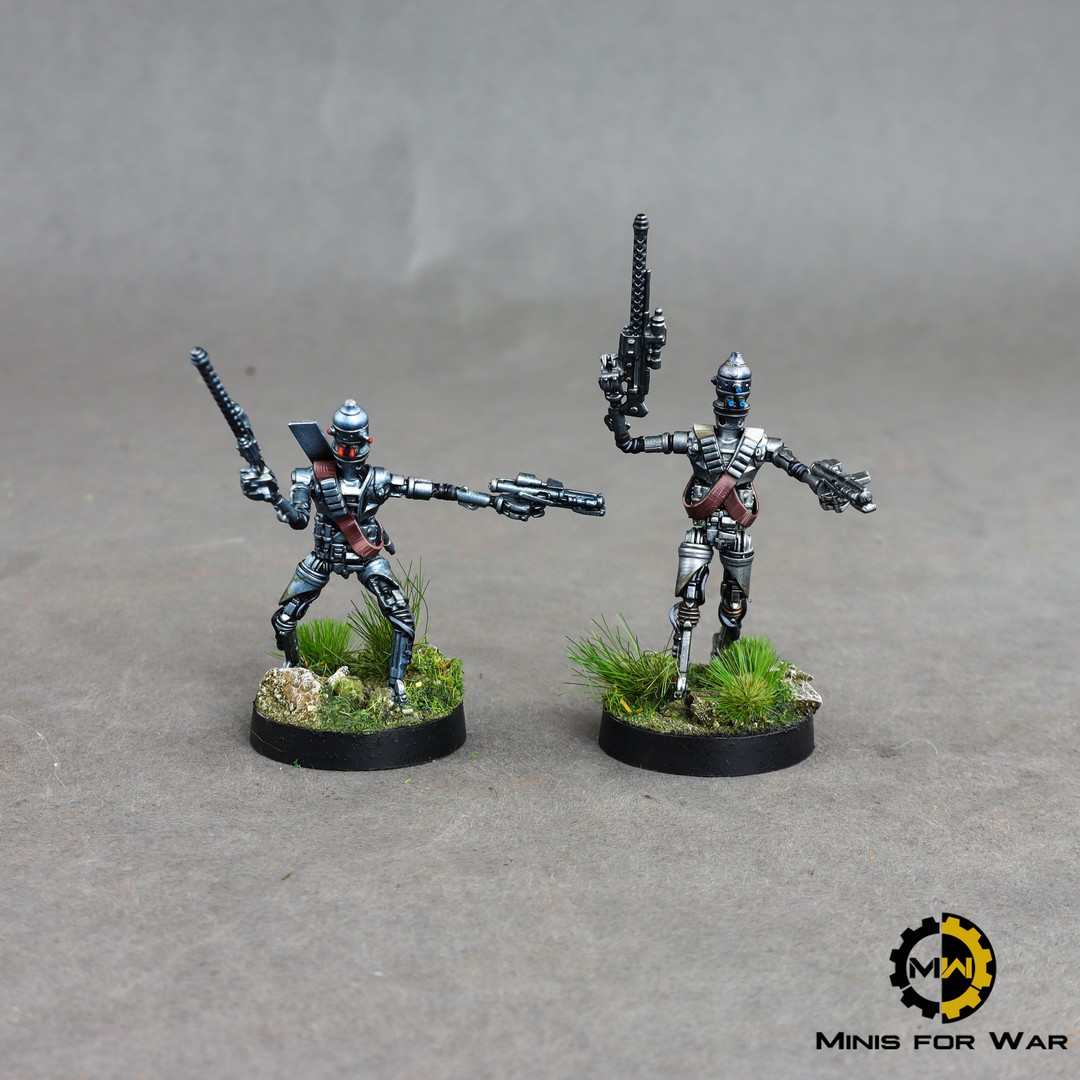 On the other hand we have two models of one of the best assassins in the galaxy far away. We’ll start with IG-88 (that one on the left side). He was a famous Bounty Hunter during the Galactic Civil War era, hired by Vader to track and destroy Millenium Falcon with its Rebel crew. This droid can be hired only by the Galactic Empire in-game. On the right we have IG-11, who was a bounty hunter during the New Republic Era. He was involved in the Din Djarin mission on Arvala-7 and had a task to kill Grogu. Mando “killed him” so he cannot fulfill his mission. After that, IG-11’s body was found by Kuill, which repaired him and gave him a new programming “to nurse and protect”. He sacrificed himself, making a self-detonation, to rescue Mando, Grogu, Greef and Cara Dune from the hands of Empire Moff, Gideon. In-game it can be hired by Empire or Rebel Alliance and have 2 programs able to use: “Bounty” Programming and “Nanny” Programming. 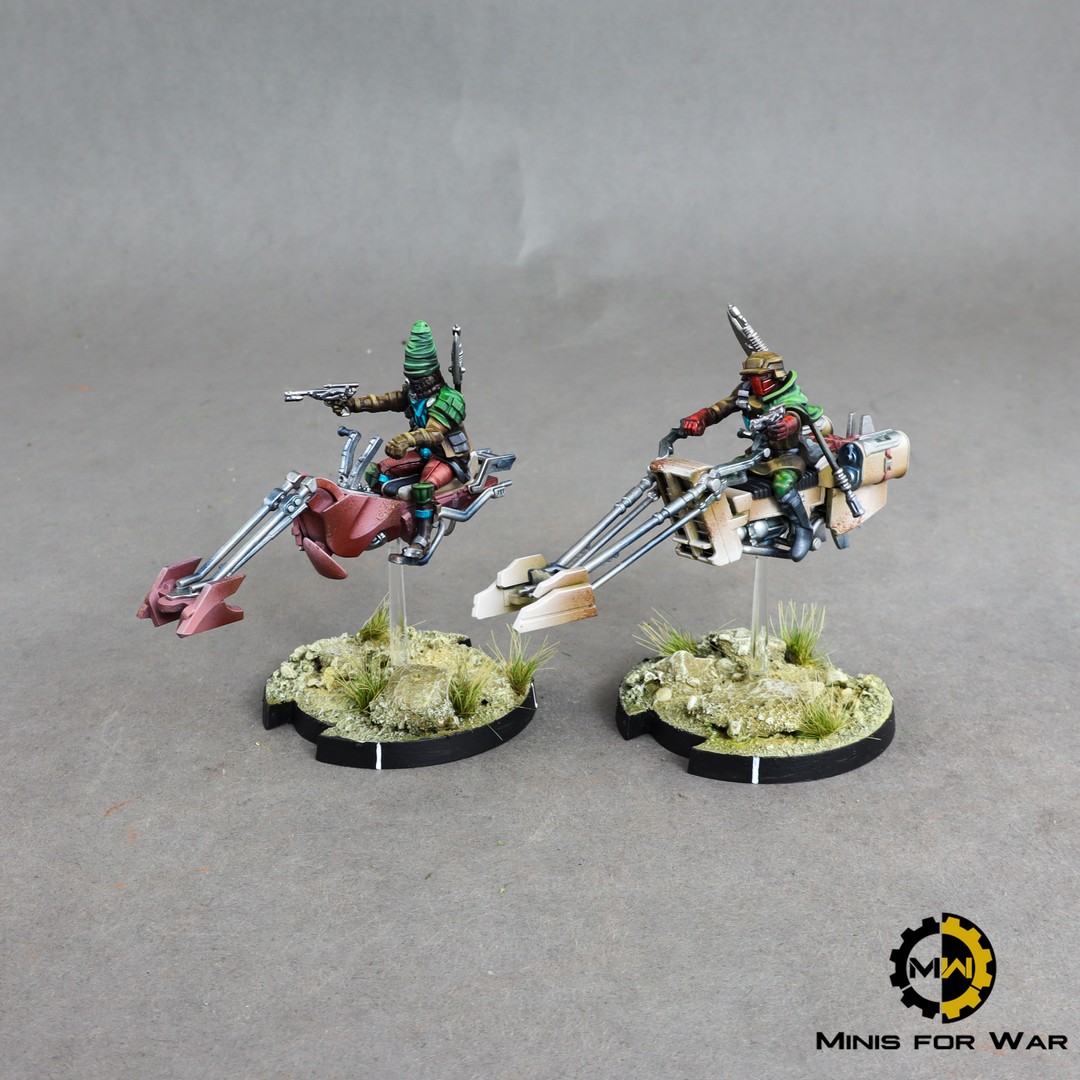 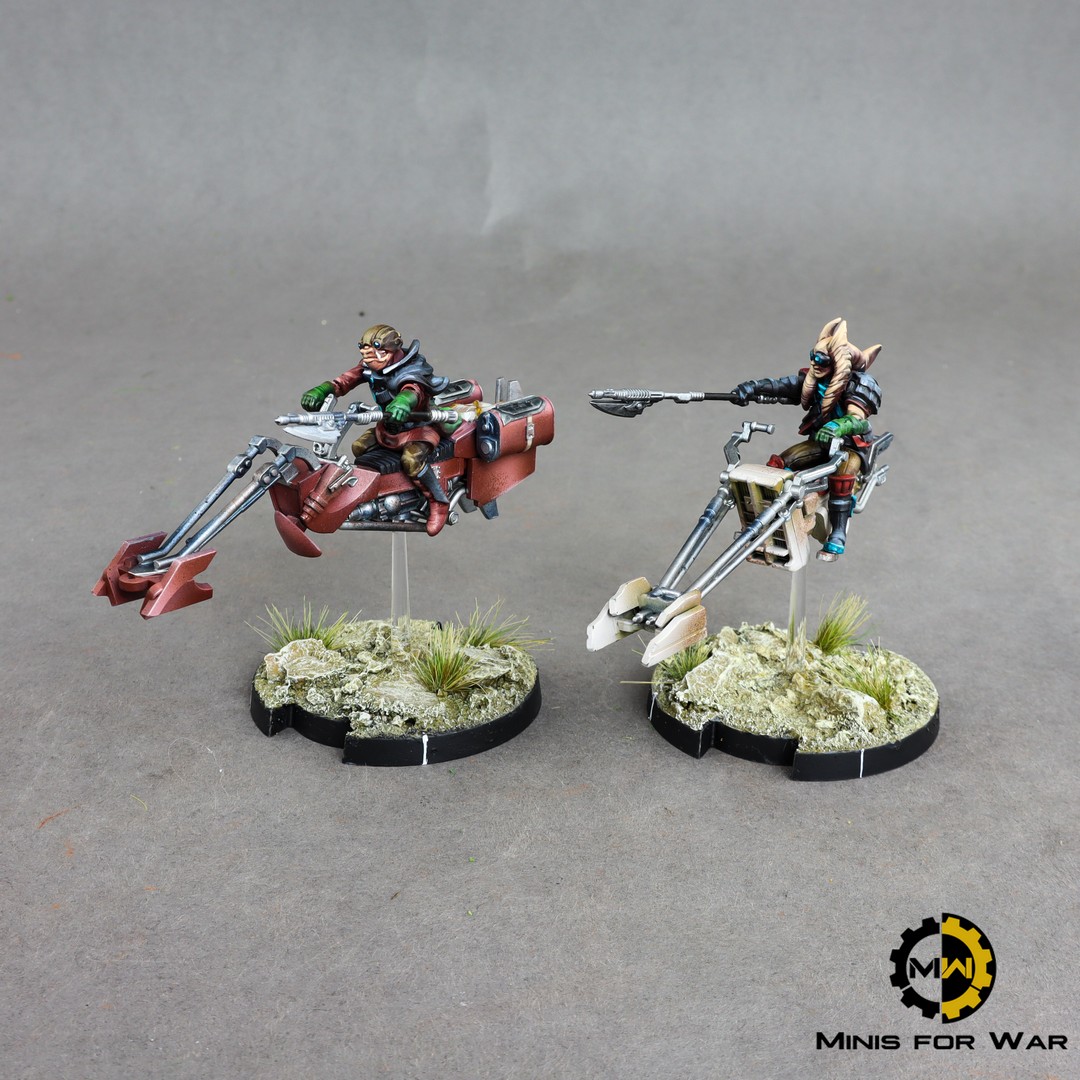 Last miniatures that we want to show you are 2 units of Swoop Bikes that in-game can be used by Rebel Alliance and Galactic Republic. We can observe similar bikes in Book of Boba Fett series on Disney+