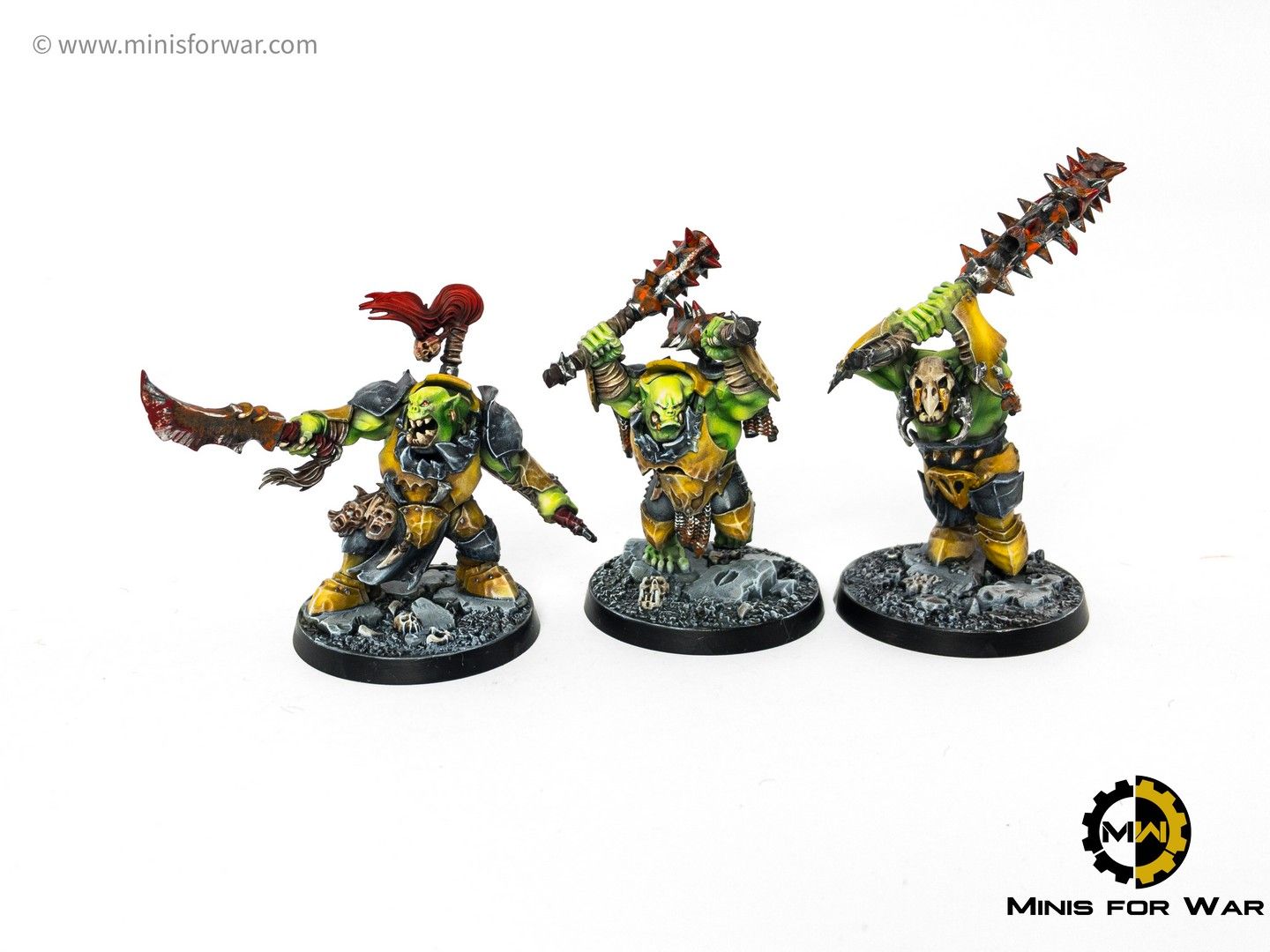 Hello Wargamers! Today we have a treat to all ork fans – Morgok’s Krushas from Warhammer Underworlds. Let’s get to it!

There where times when Morgok and his team of Ironjawz brutes used to once chase and combat the most enormous and mightest prey they could trace amongst trackless fields of Ghur. While meandering a meadowland of ancient bones, the Ironjawz boss caught the battle sounds from afar. Following the noise, they were brought to Beastgrave, the brute boss led his boyz down into the caverns to win glory in the eyes of Gorkamorka.

Our painting job was inspired by GW’s boxart. We really liked the colors and their combinations, the only thing was the skin. We found it a little dull so went for more vivid and vibrant tones. Imho they look so much better this way. Waaaaaagh! Stay tuned! 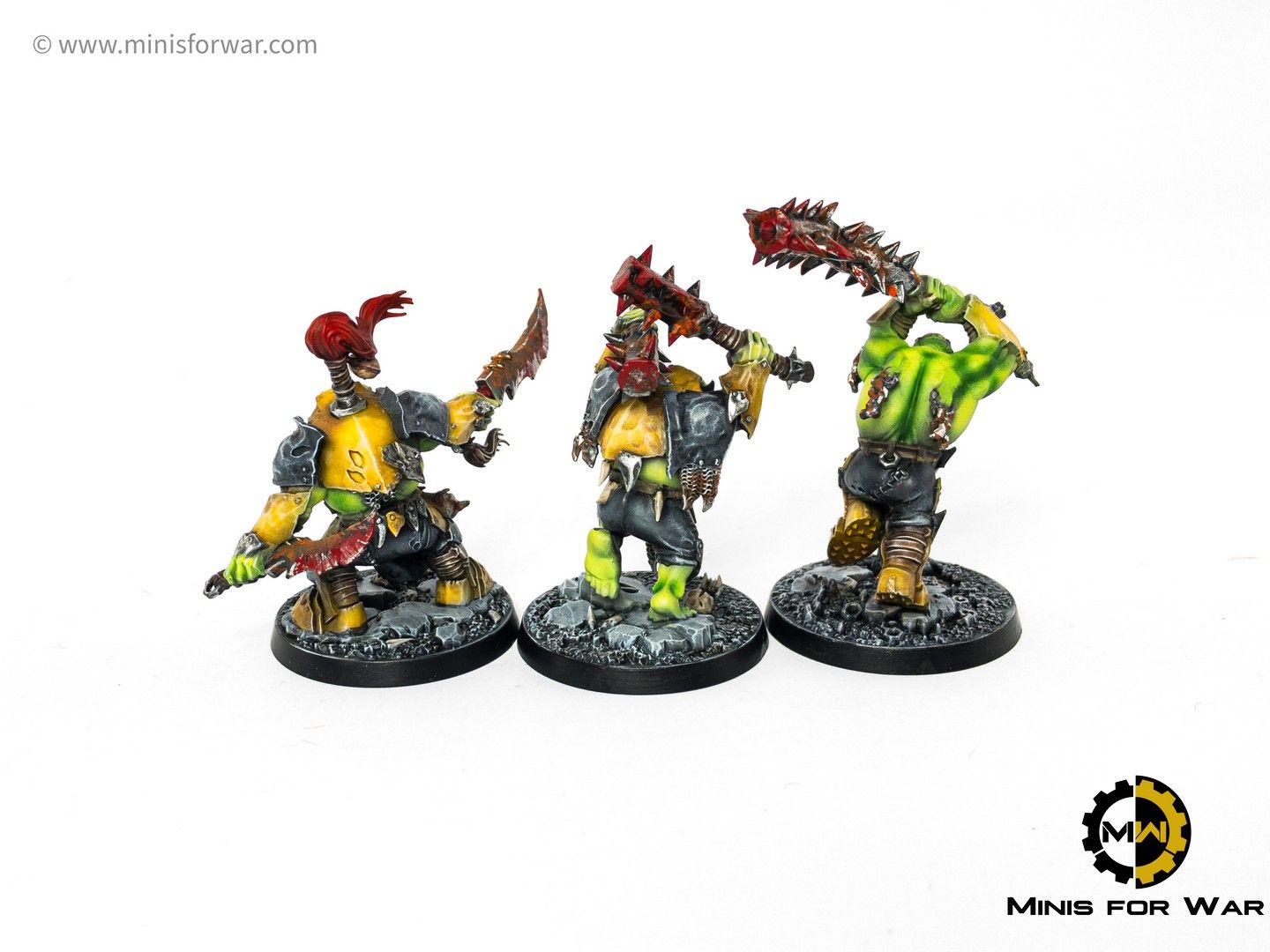