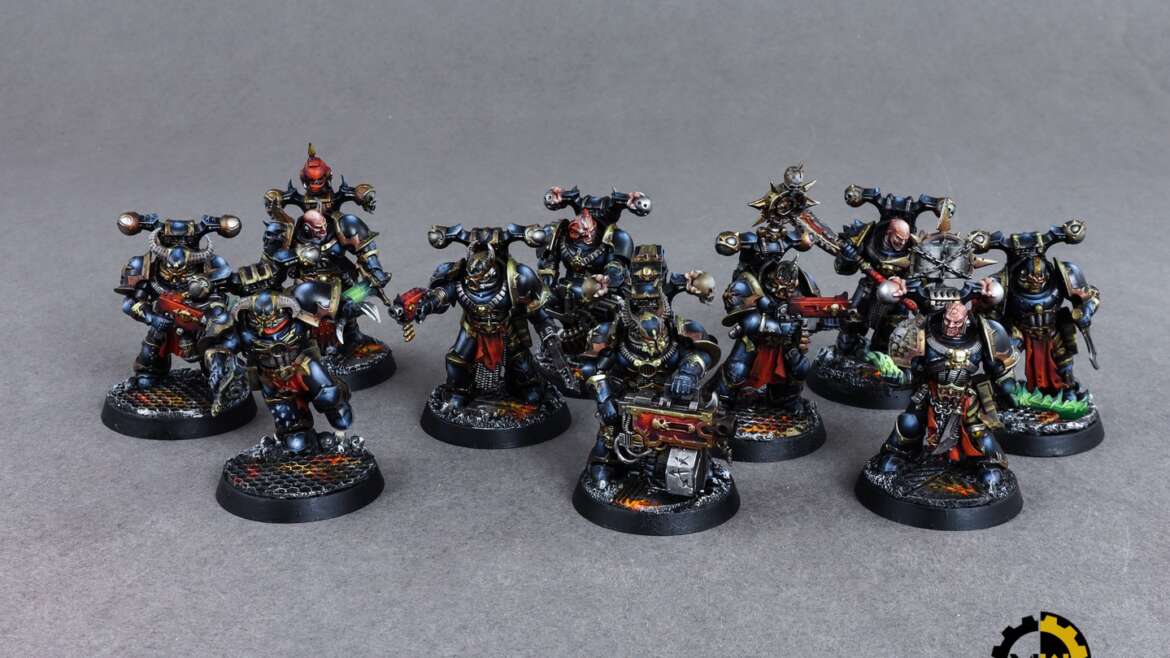 Here we go with some bands for Kill Team and Necromunda. Both of these games are set in the Warhammer 40k universe. Kill Team is a competitive skirmish game, while Necromunda is mostly campaign-based experience. There will be one bonus band from Warcry – a skirmish game set in the Age of Sigmar universe 🙂 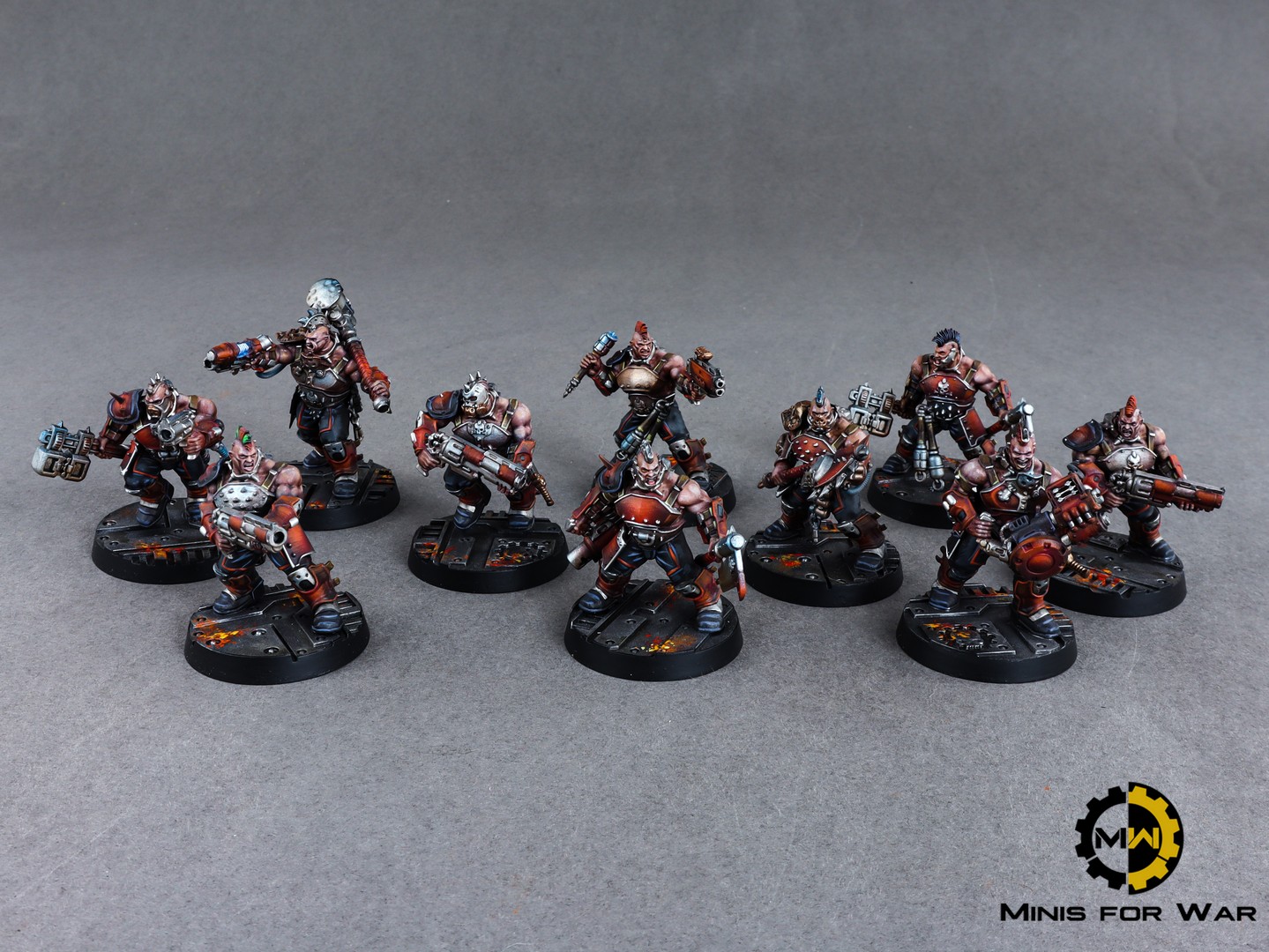 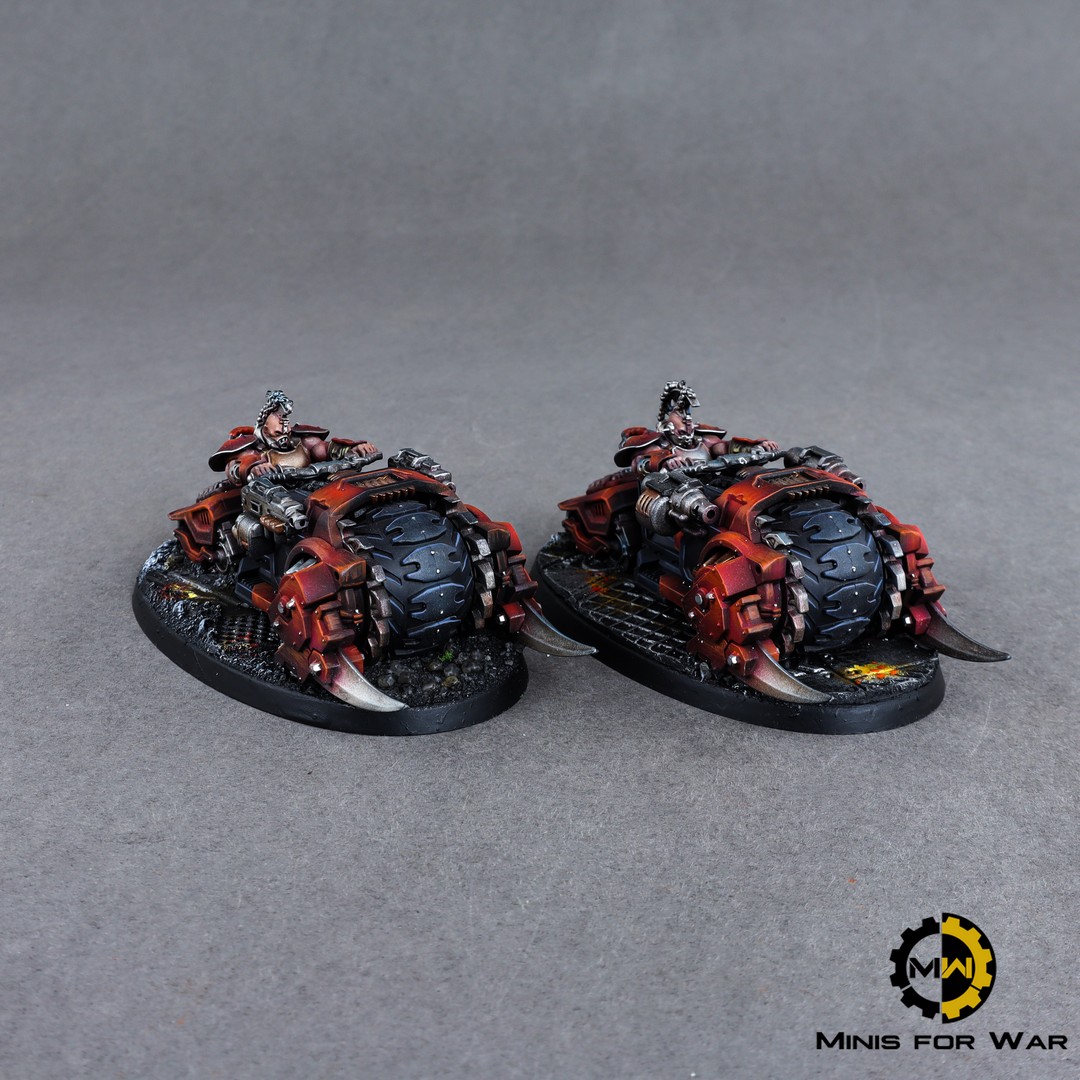 Members of Goliath Gang fight in the name of House Goliath and are muscular and violent hulking brutes,  Far larger and stronger than an ordinary human, they flaunt their strength wherever they go 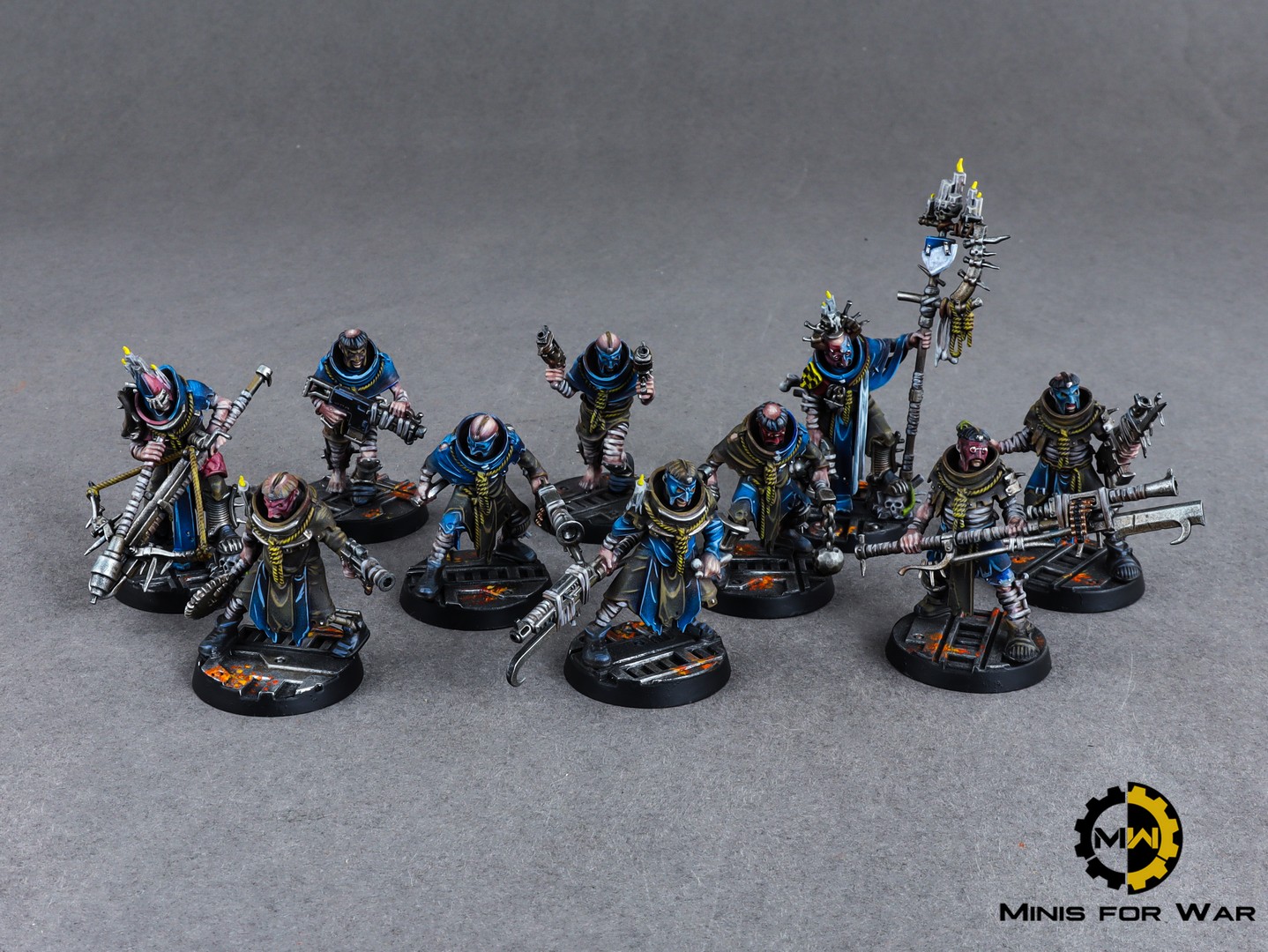 People of House Cawdor are the scrap herders, midden-thieves and bonepickers. They have built their empire on the discarded scraps of other clans and bound it together with unshakeable faith – devotion to the Cult of the Redemption guides the actions of all members of House Cawdor 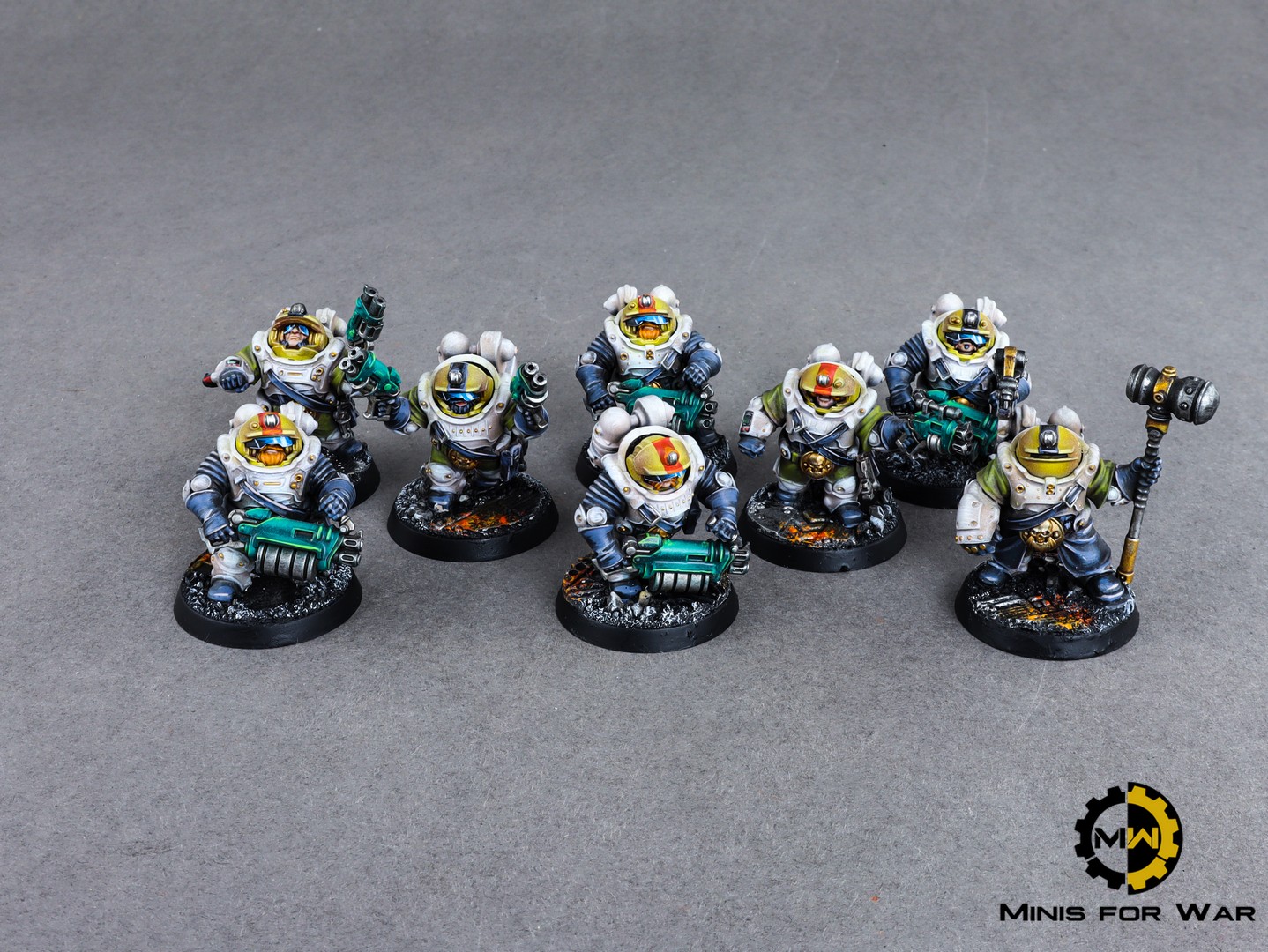 The Squat clans of Necromunda have mined, traded, and survived on this dangerous planet for 10,000 years. They are traveling the wastes in massive land trains to search for deposits of rare resources. Gangs of Prospectors scout for fresh finds in the ash wastes or patrol tightly-guarded excavations, armed with finely-engineered weapons and powerful mining tools rigged to serve as improvised armaments 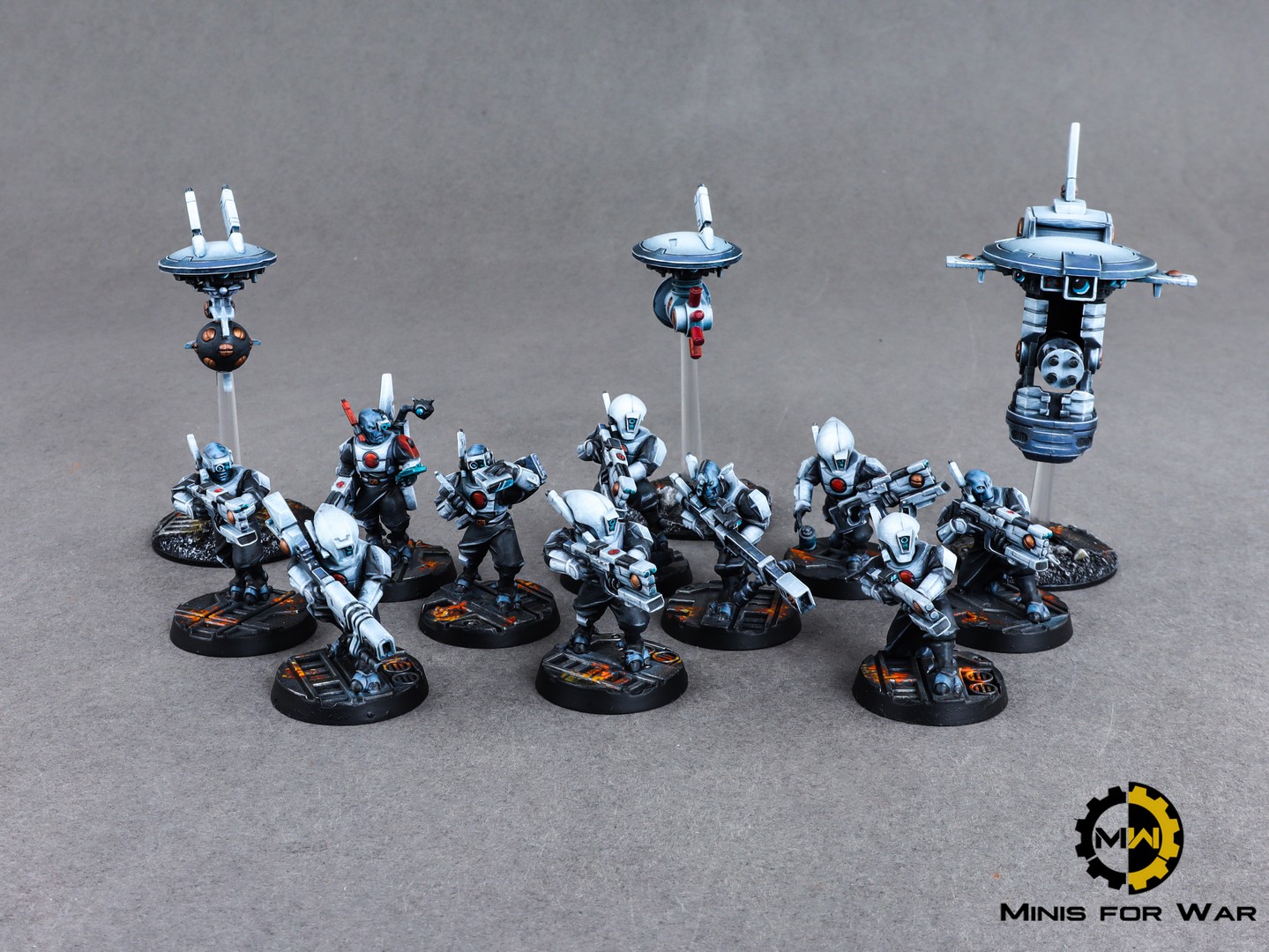 T’au Empire Pathfinder Teams wreak havoc behind enemy lines. Their firepower is formidable, their drones can optimize the team’s pulse fire or push enemies back with gravitic waves and soldiers are especially deadly when sniping with potent rail rifles 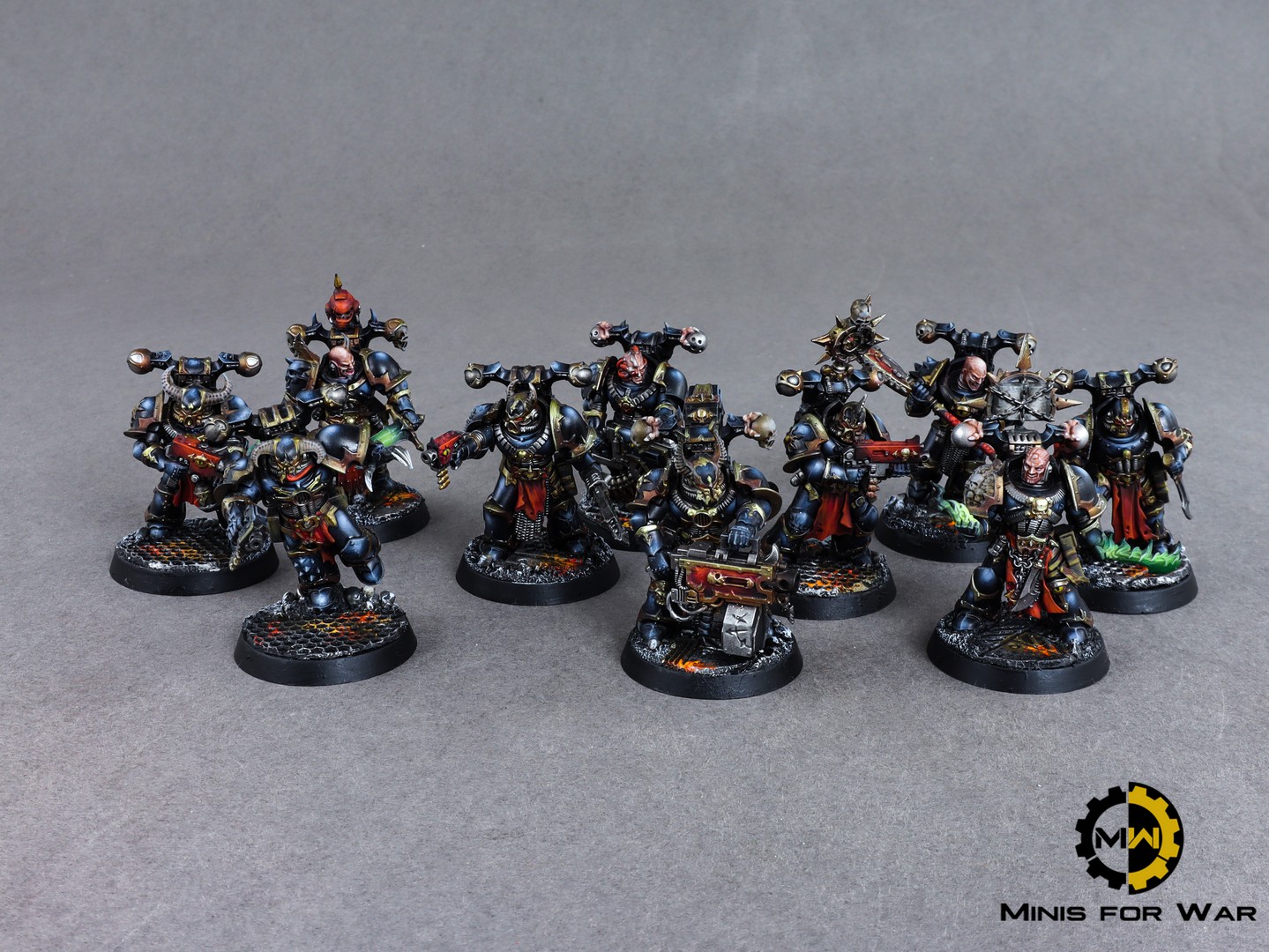 Even the Space Marines are not invulnerable to Chaos. These baleful warriors combine their “godly” gene-seed with dark blessings and malefic sorceries, becoming dreadful and fearless superhuman reavers 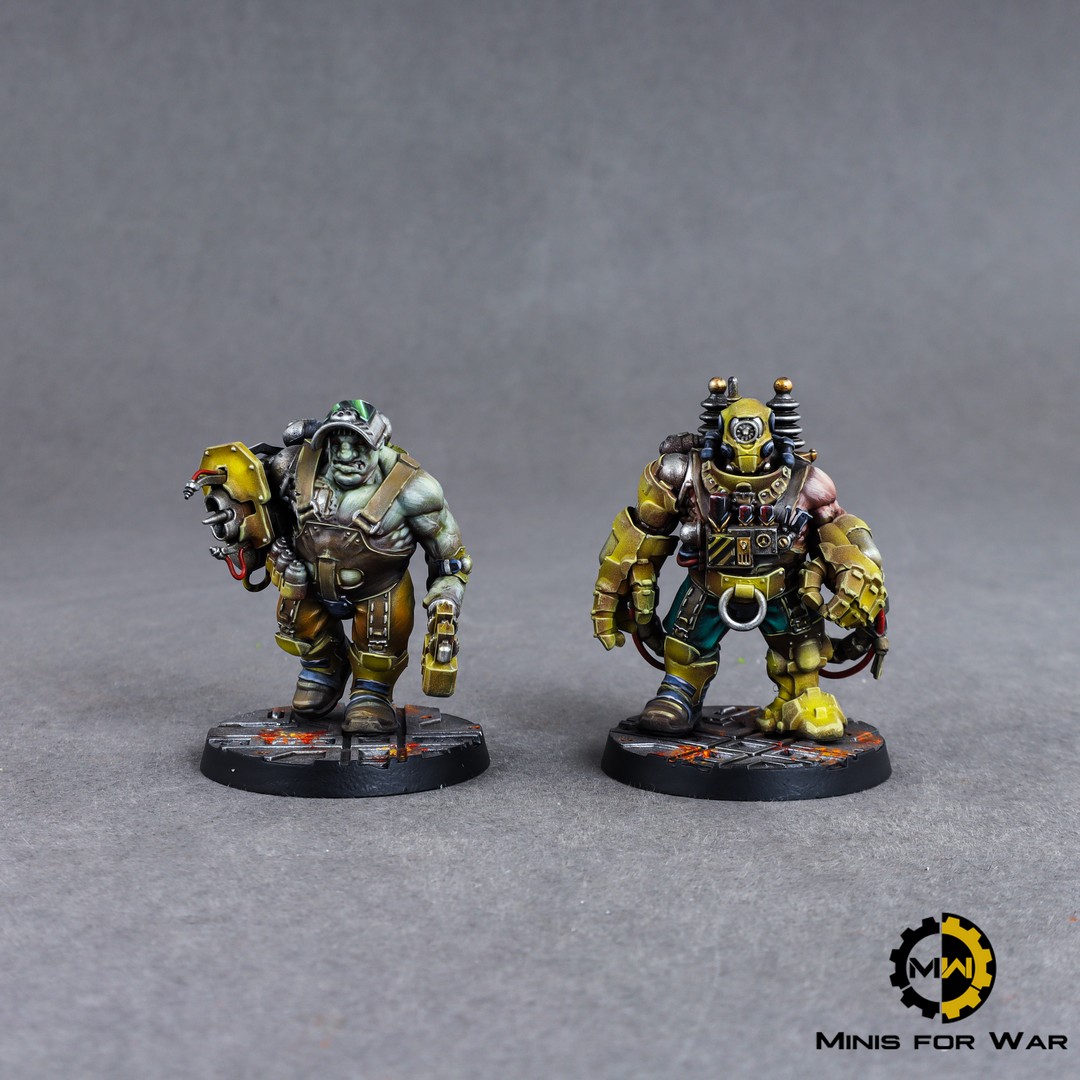 Ogryns, mutants commonly used by the Imperium in Astra Militarum’s Militarum Auxilla. Their abhuman strength makes up for their lack of intelligence. As such they are in great demand in the underhive, where they fulfill a variety of roles. Of course, some gangs are known to take their Servitor Ogryns into battle with them where they can prove to be a fantastic equalizer against better equipped gangs 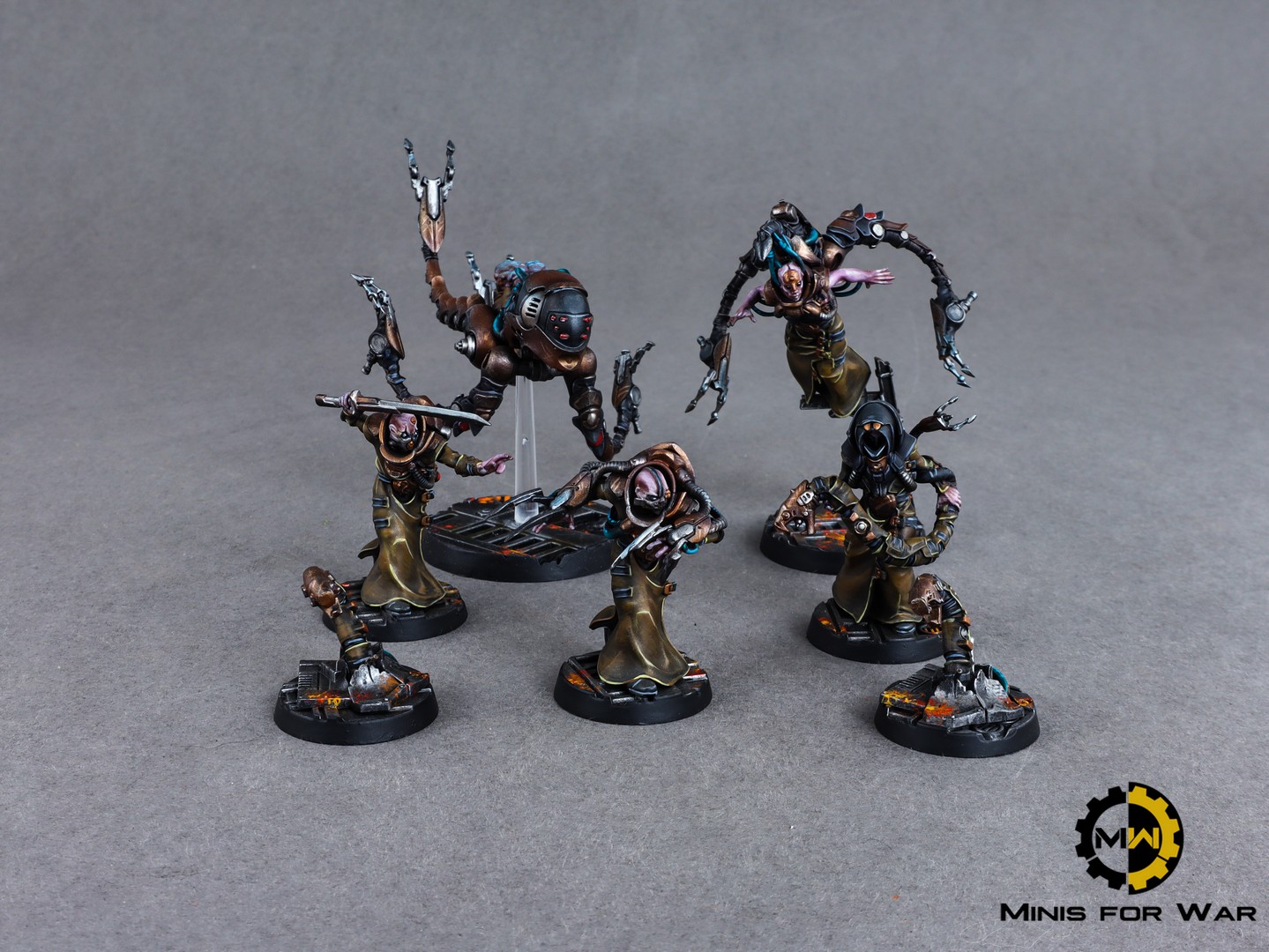 Spying, secrets and dark, forgotten technologies – it’s the definition of House Delaque and their domain. These insidious warriors are hiding in shadows of underhive, waiting for a perfect moment to unexpectedly strike and eliminate their foes 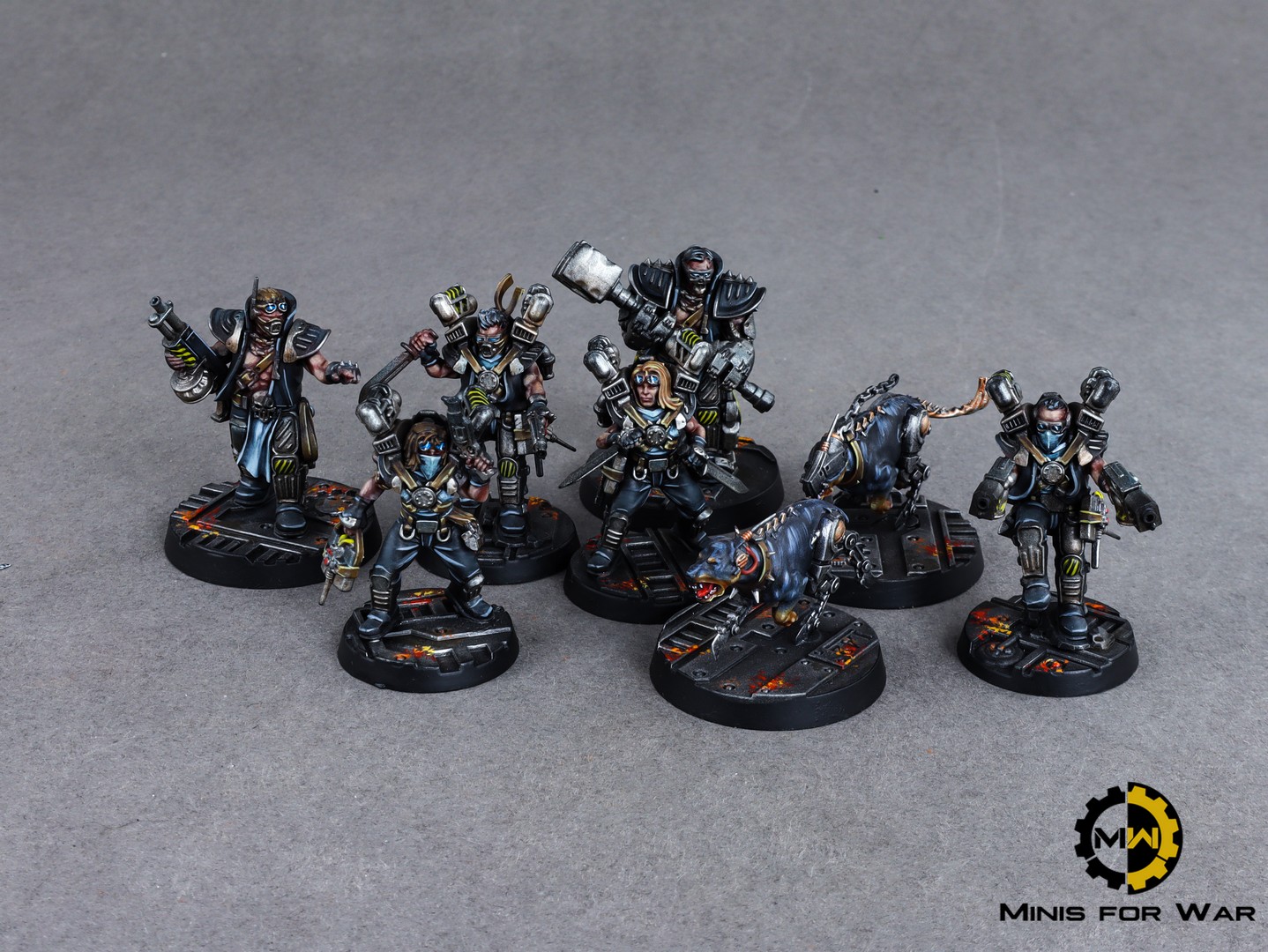 House Orlock is known as the House of Iron, due to its roots in the ferrous slag pits located across the blasted surface of Necromunda. Orlock controls not only the mines, but the most vital transmotive lines between them, and are famed for their tough and fearless fighters 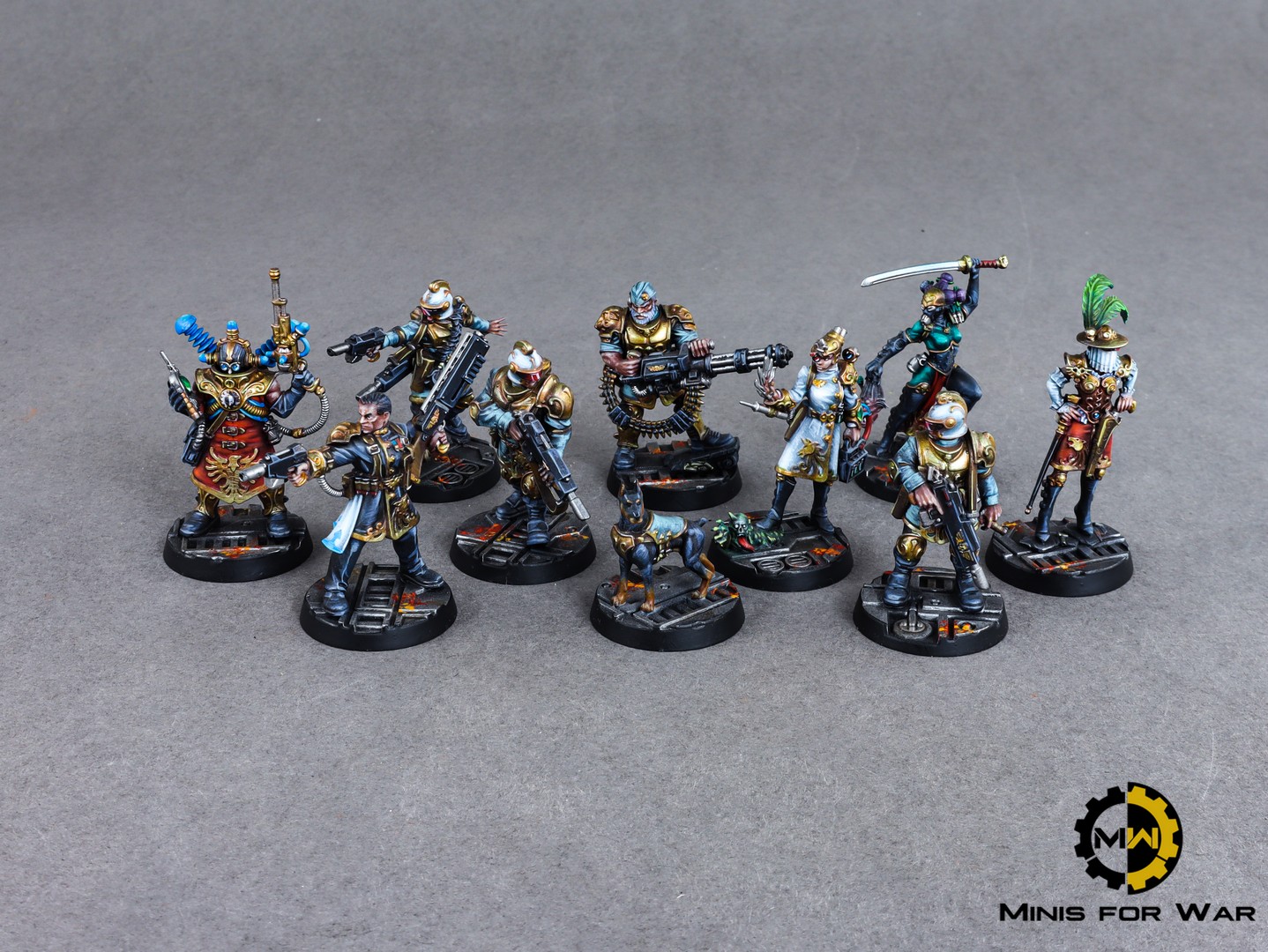 Elucidian Starstriders are rogue traders, merchants of death and explorers of the unknown. Gathering hard-bitten companies of crew, mercenaries, and retainers, these bold privateers venture into hazardous warzones and uncharted space in search of profit 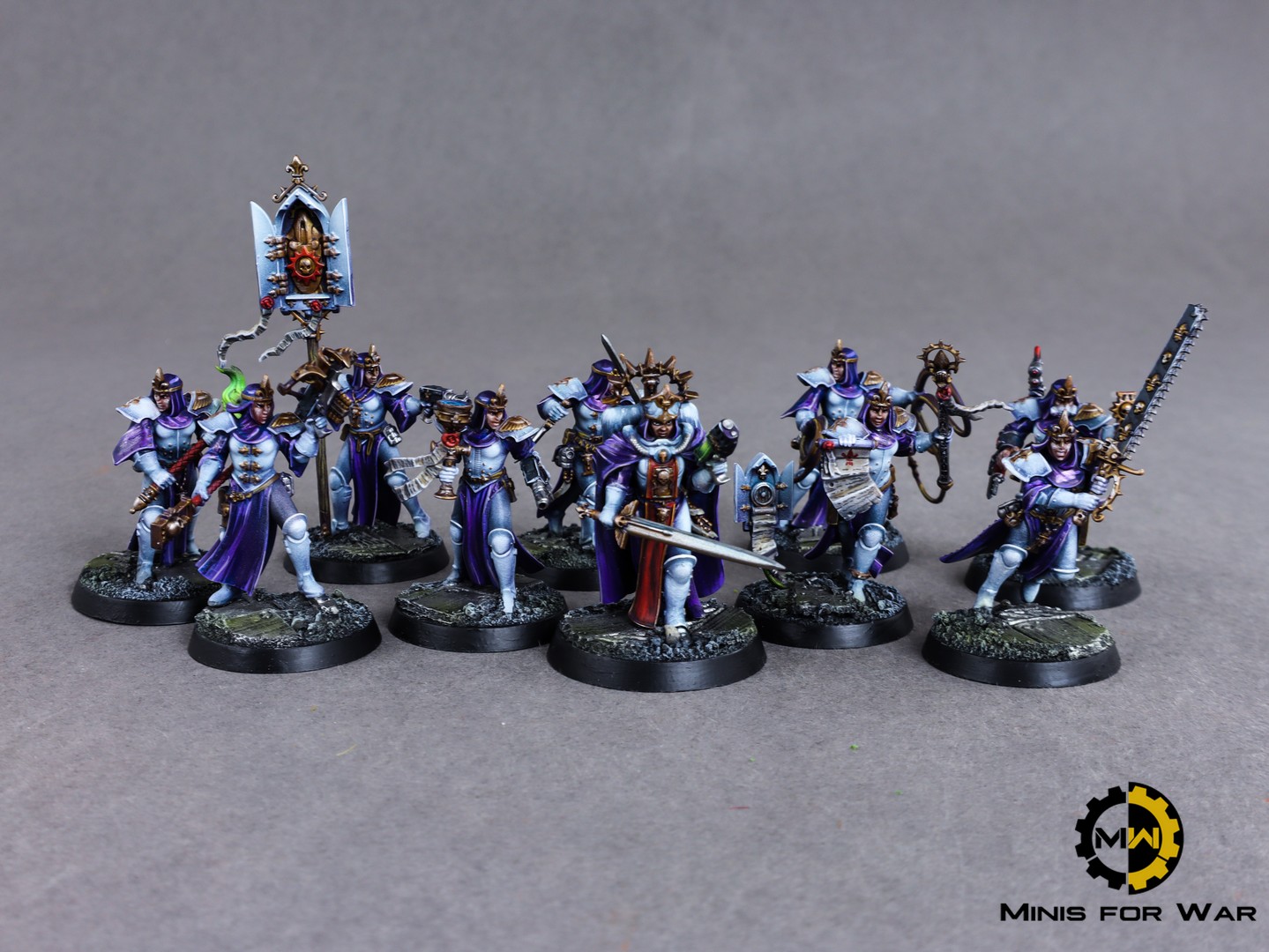 Novitiates are a fresh blood in the ranks of Adepta Sororitas. Trained in Schola Progenium by Drill Bots they were assigned to Order Militant to get battle experience and prove their mettle in the crucible of war 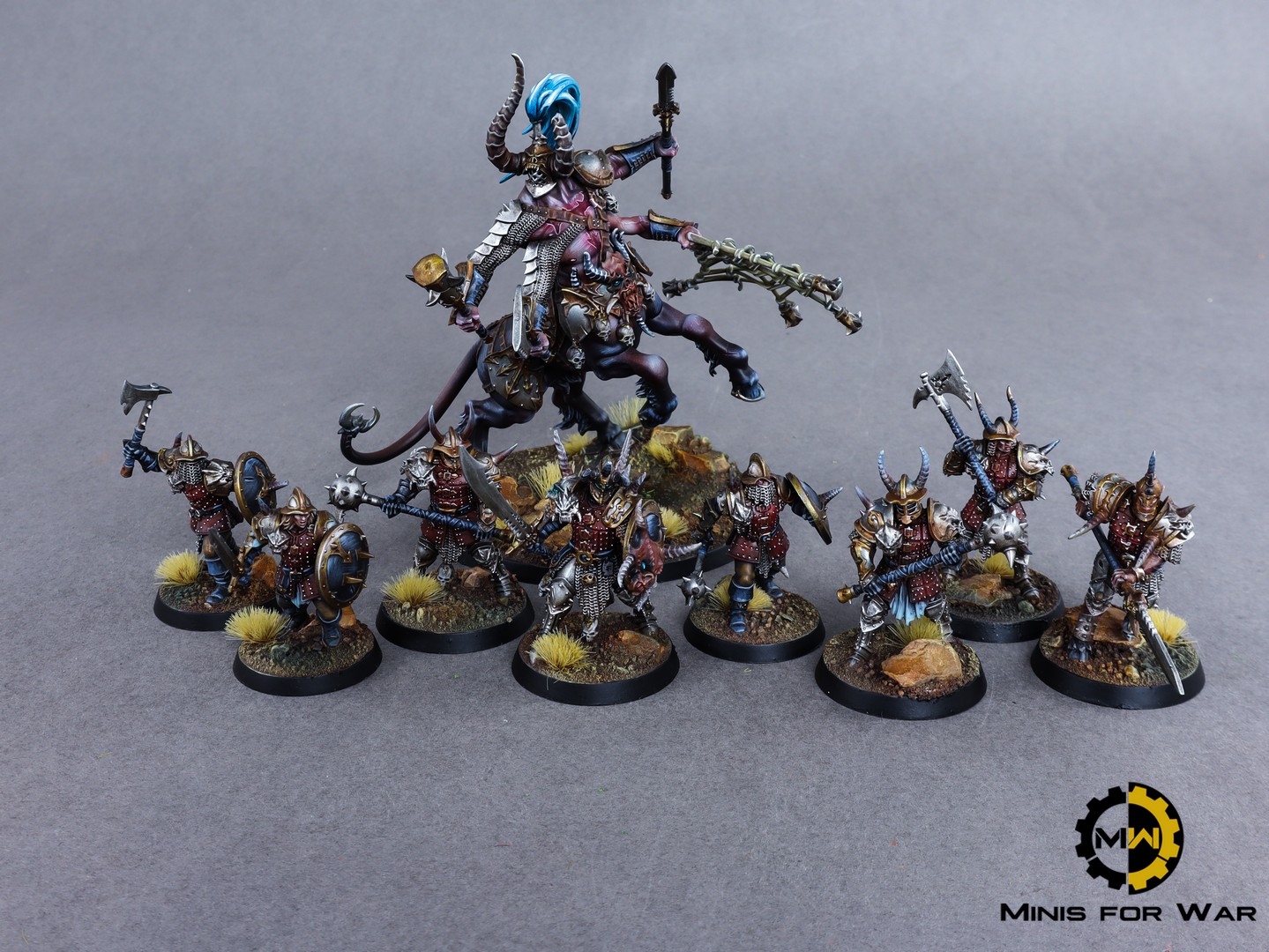 Chaos Legionnaires are elite, well-armed, and highly disciplined – yet though they march alongside the armies of the Dark Gods and behind them there are Centaurion Marshal, one of the terrifying creatures, their strength and skills honed in the Varanspire’s warpits

In addition we have some Necromunda: Ash Wastes terrain pieces: 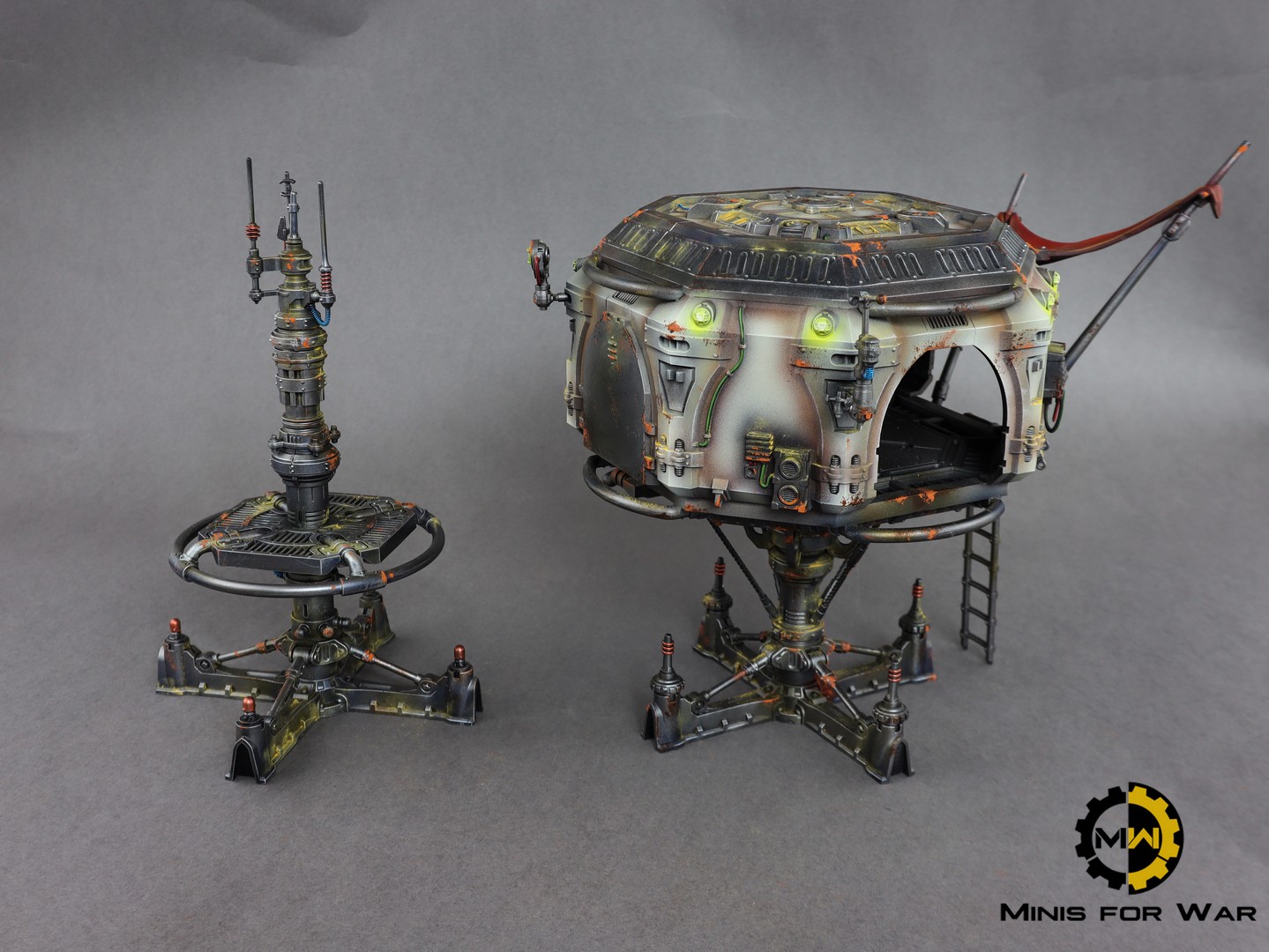 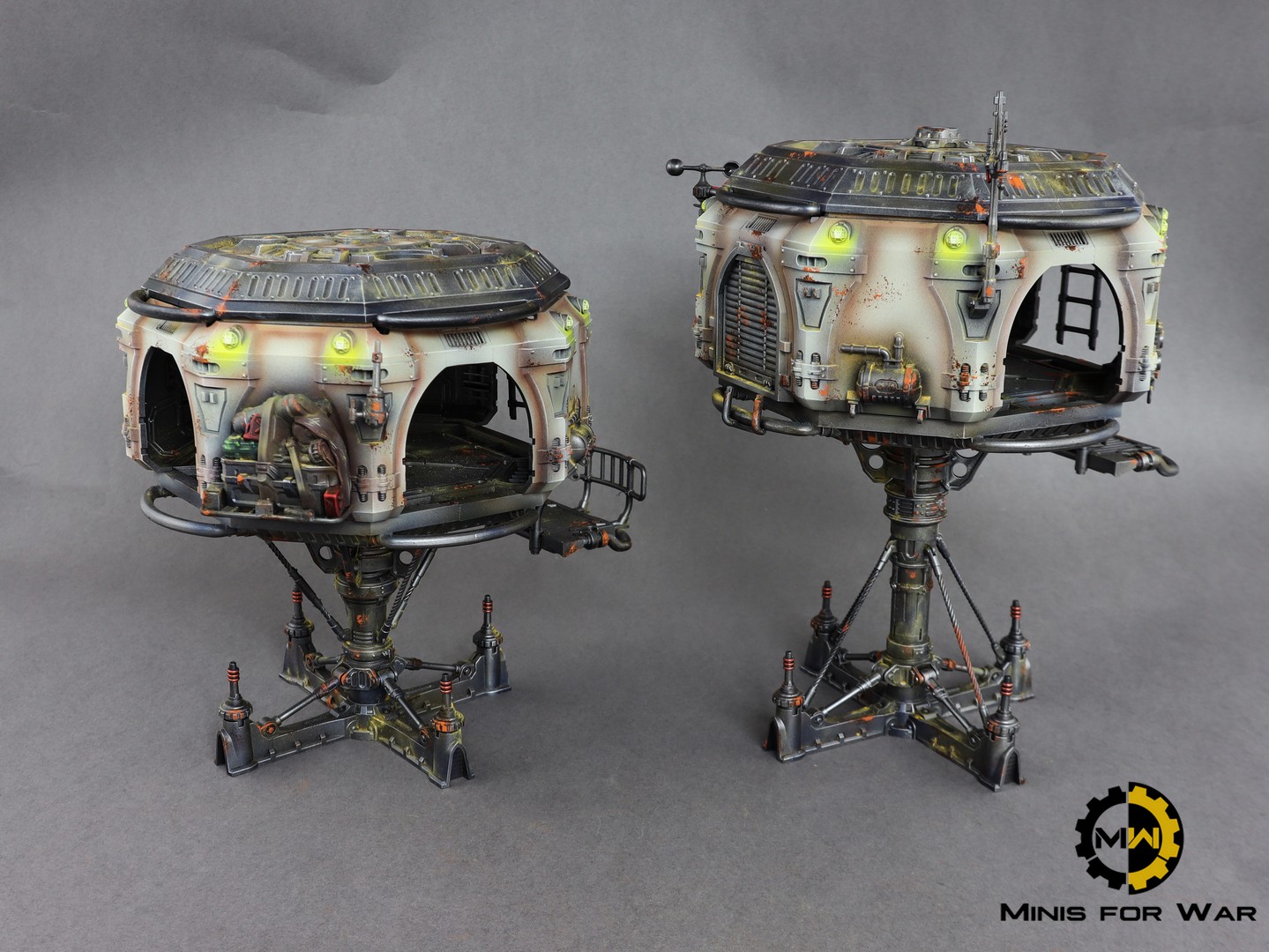 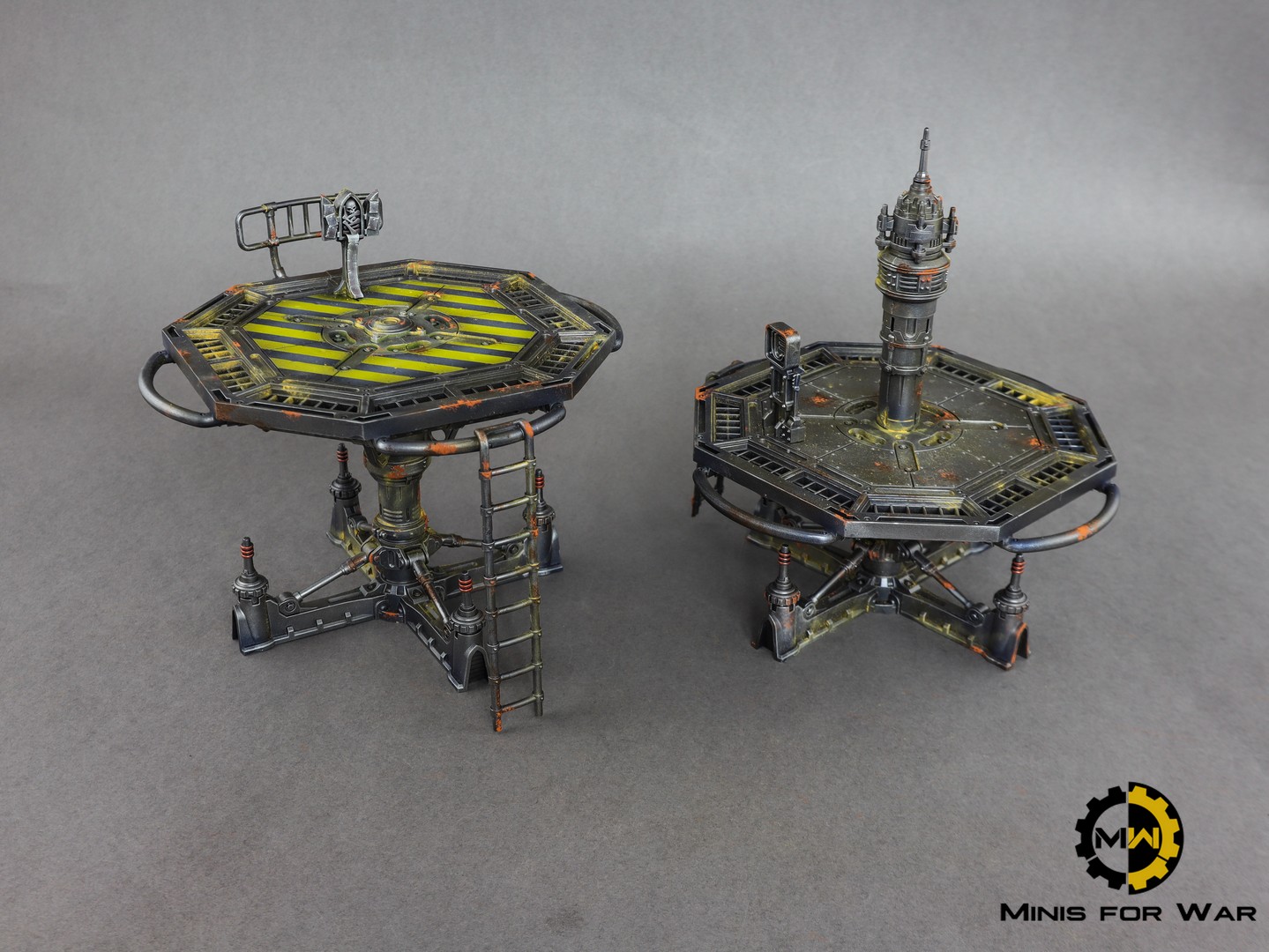 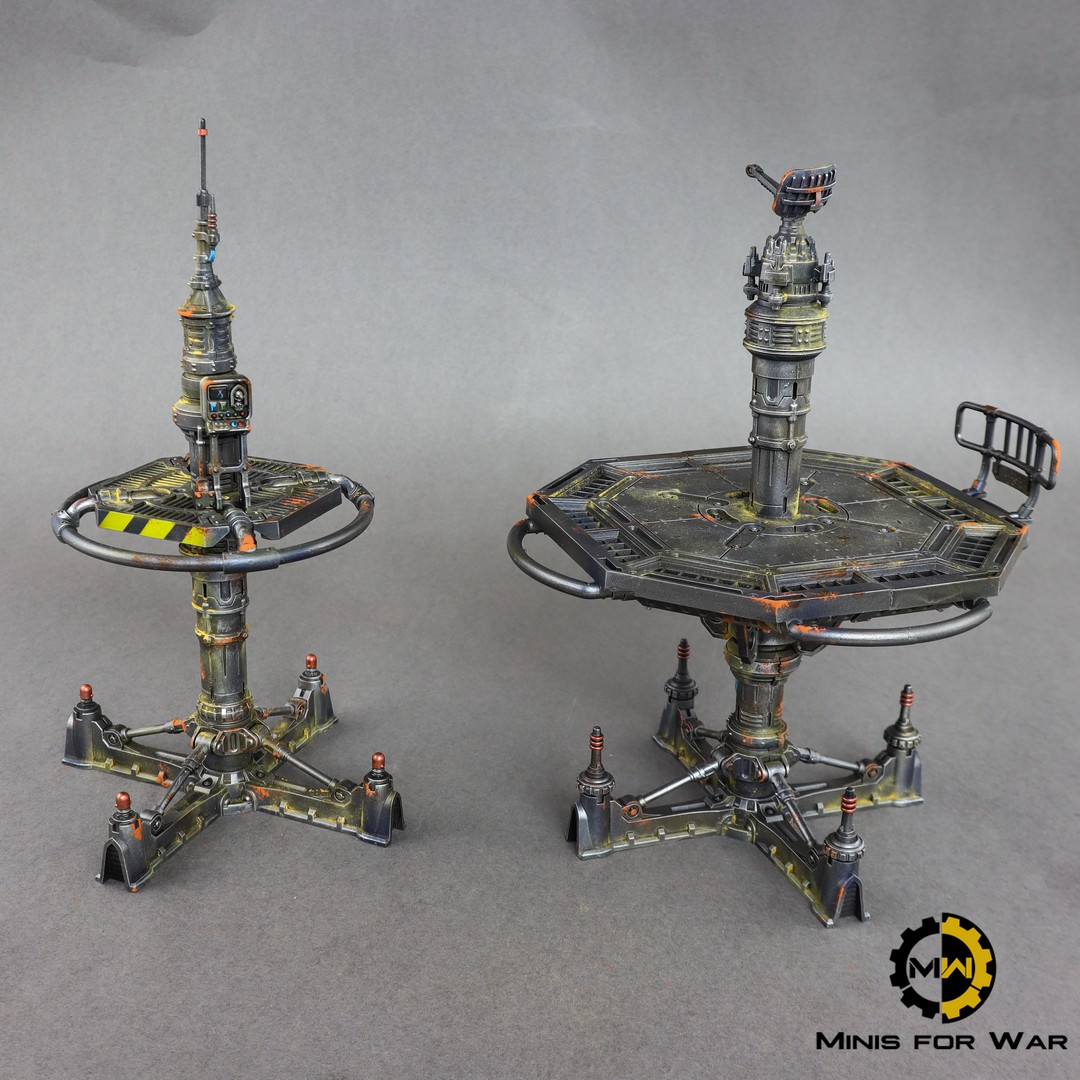 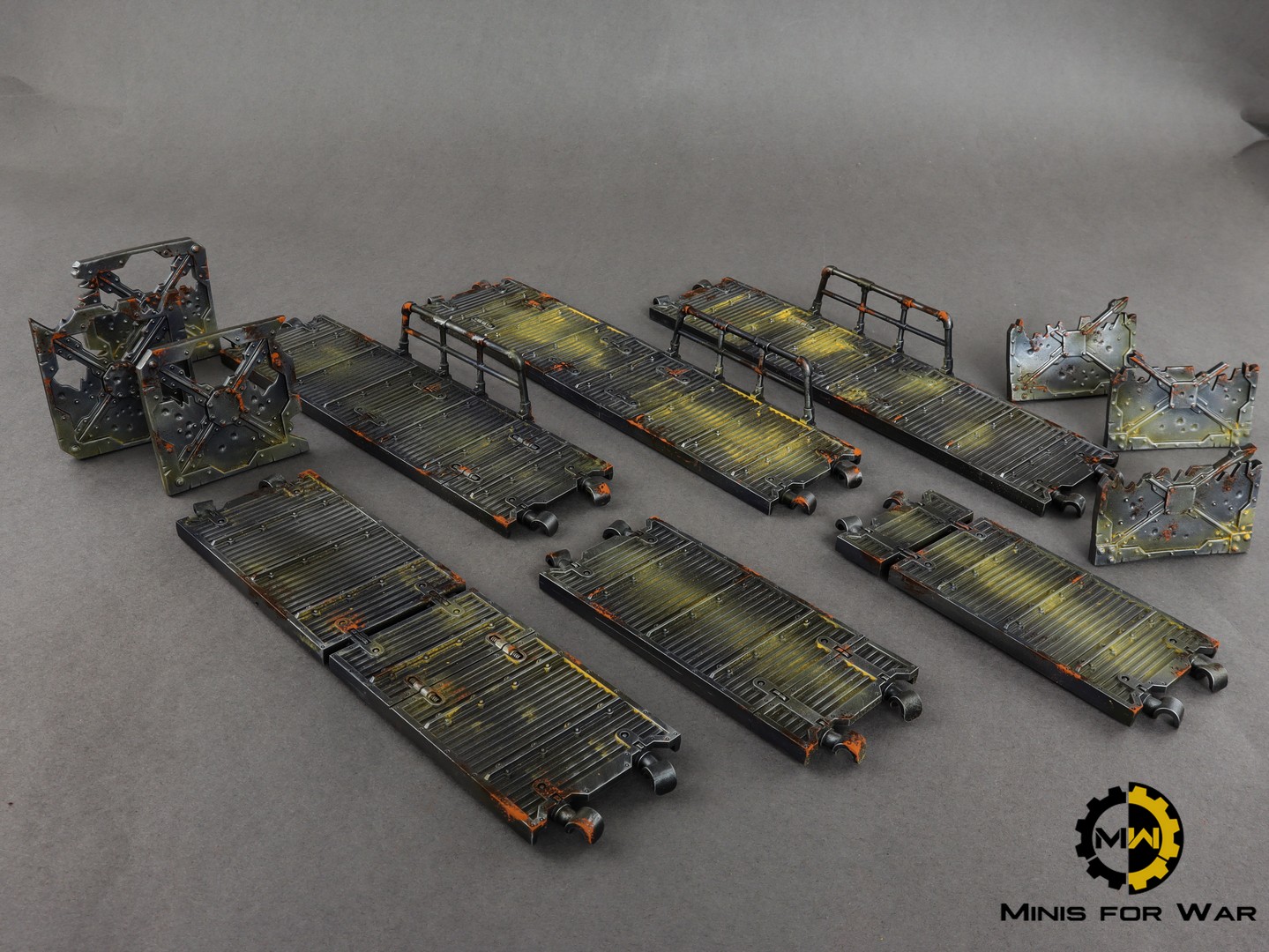