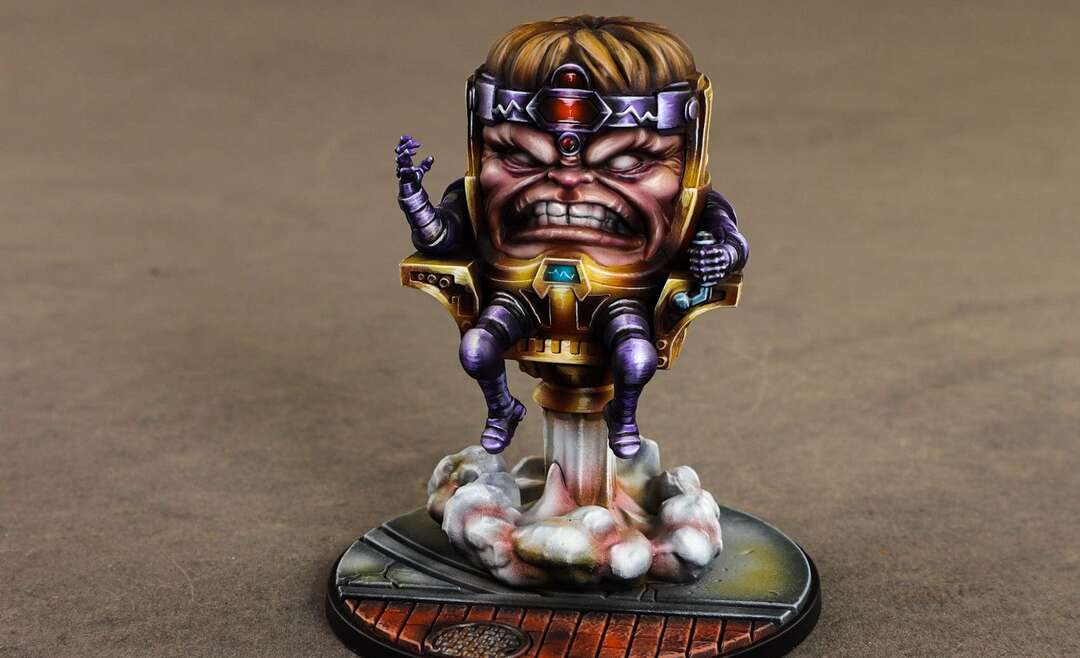 Here we go with some miniatures from Marvel Crisis Protocol. All I write here is based on comics. 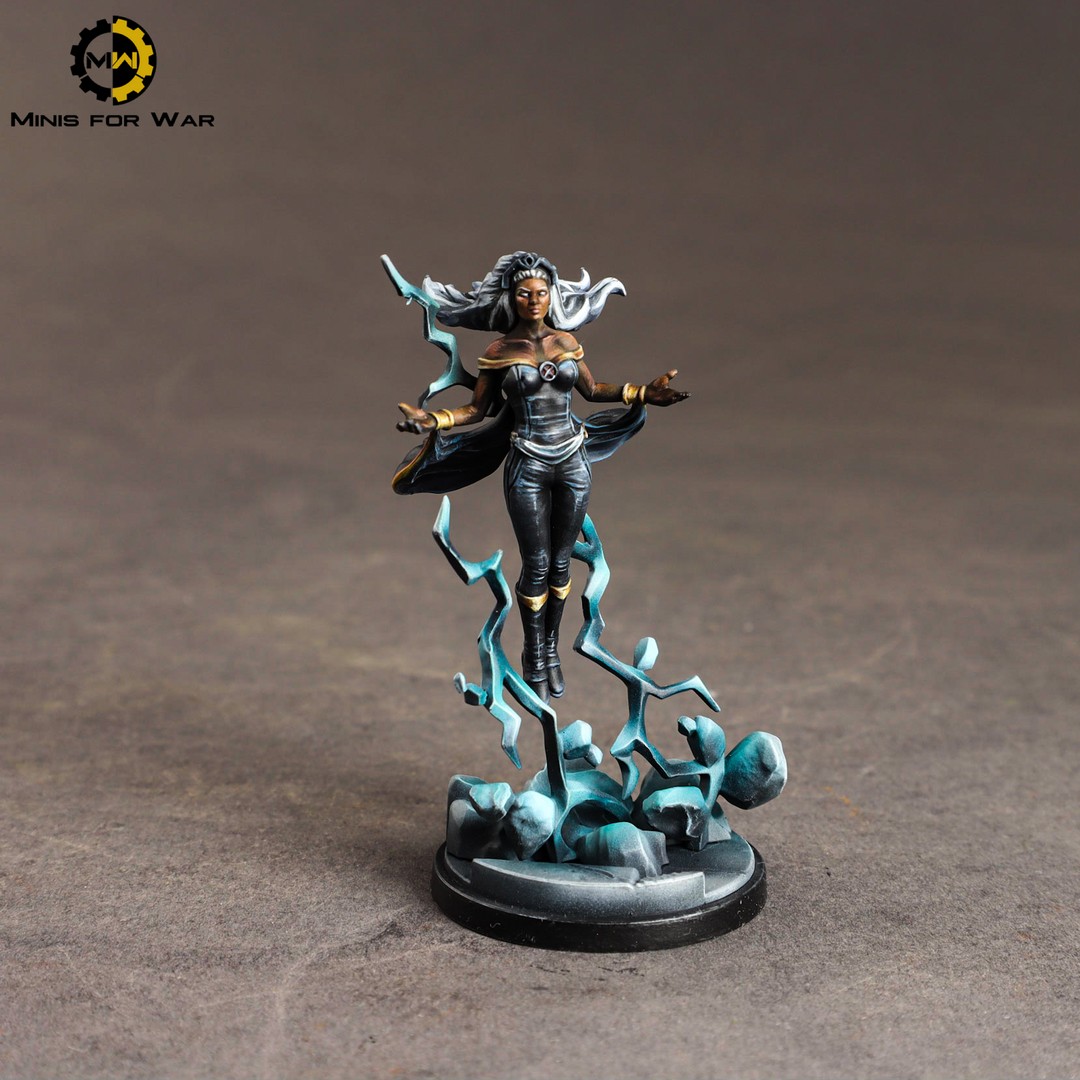 Ororo Munroe, better known as Storm, was a powerful mutant with weather-manipulation abilities. Born as a daughter of Tribal Princess and American journalist, she became an orphan after an accidental plane crash that ruined her home. After Charles Xavier’s proposition she became a part of X-Men, finally becoming their leader for many years. 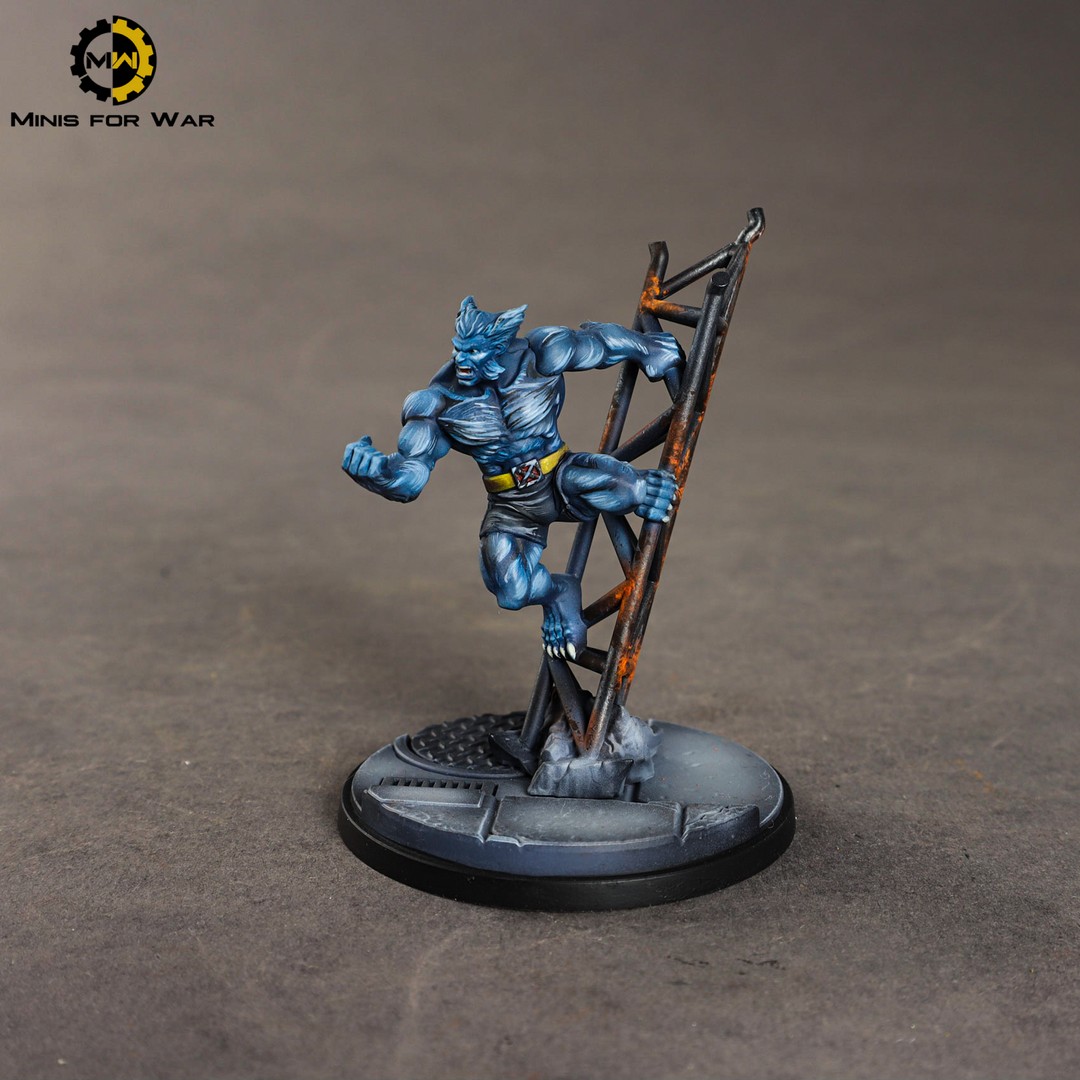 “Oh, my stars and garters. What have we here?”

Henry McCoy, also known as the Beast after taking the hormonal extract that causes genetic mutation, changing him into a something between ape and cat hybrid with blue fur. Hank was born as a mutant after his father’s genes changed due to being exposed to massive amounts of radiation during his work in a nuclear power plant. At the very beginning, before changing into “The Beast” he just has bigger hands and feet as well as superhuman strength and reflexes. During his youth he was a football player and later became one of the first members of X-Men, finishing Xavier School for gifted youngsters and finishing 6 PhDs. 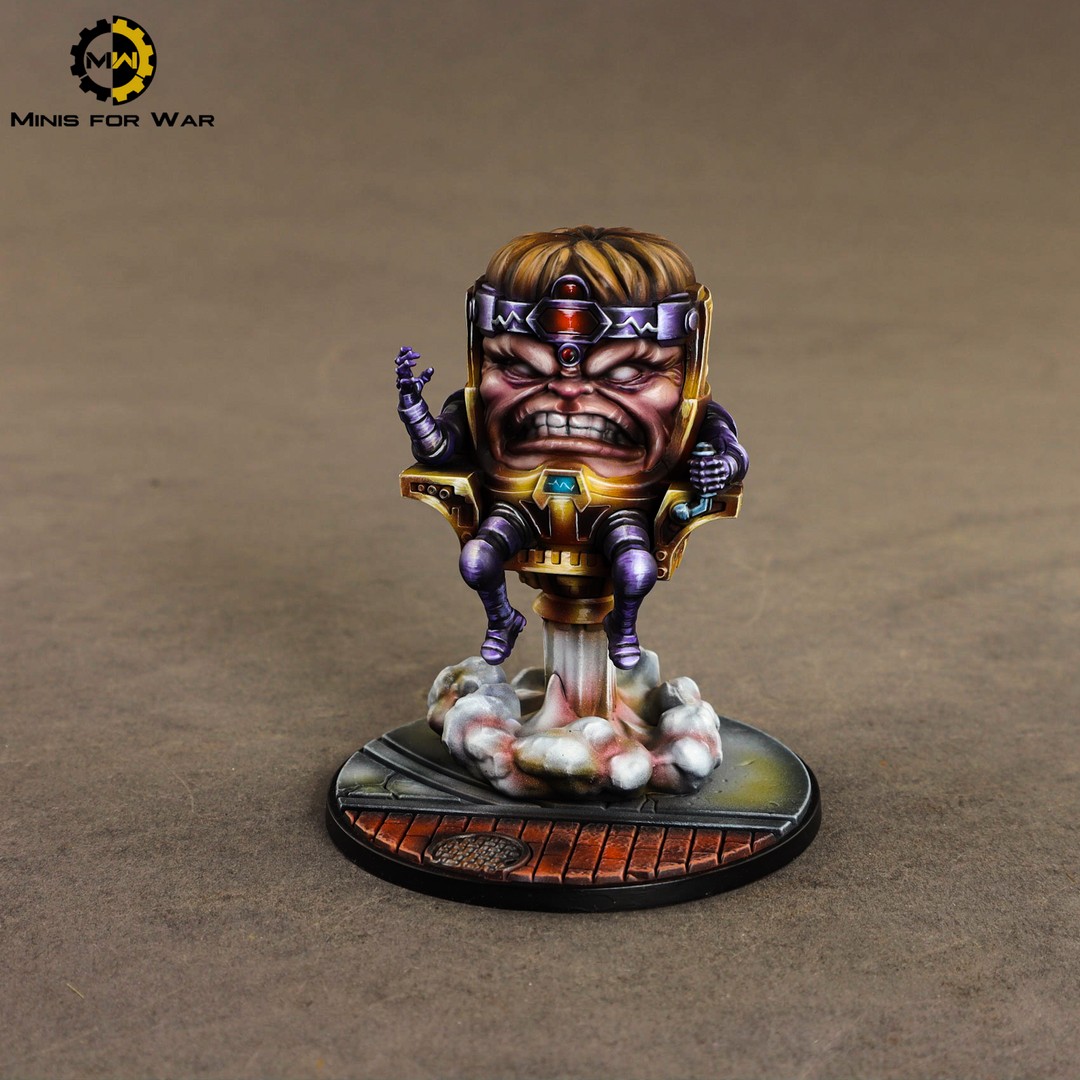 “I worked for A.I.M…. Didn’t know they were bad people. Thought it… exciting science. Then one day… Four of them grabbed me. They injected me, pushed me in a chamber– It hurt so bad… It hurt! And then, and then… It’s all the nightmares after that.”

George Tarleton, once working for A.I.M. in the team that develops Cosmic Cube, was brutally changed into Mental Organism Designed Only for Killing (shortly M.O.D.O.K.). His brain potential has grown so large (as well as its size) that he cannot even walk by himself and needs a life-supporting platform, known as a Doomsday Chair. He also developed great psychic powers. 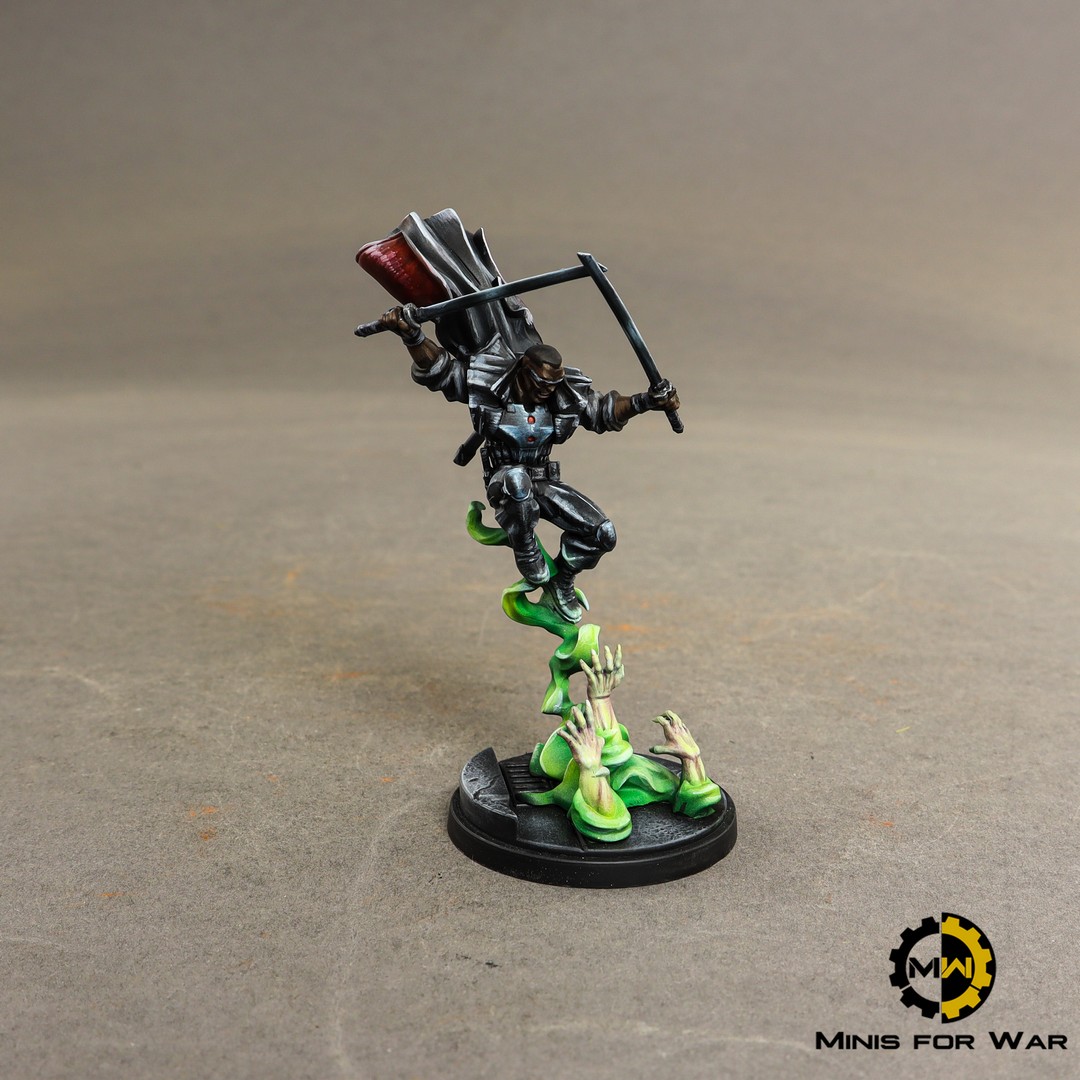 “So, how many times do I have to put you in the ground?”

Eric “Blade” Brooks was born as a half-human half-vampire. He had all the powers of vampires but none of weaknesses. He became a masterful vampire hunter with personal motivation to avenge his mother who was killed by a vampire. 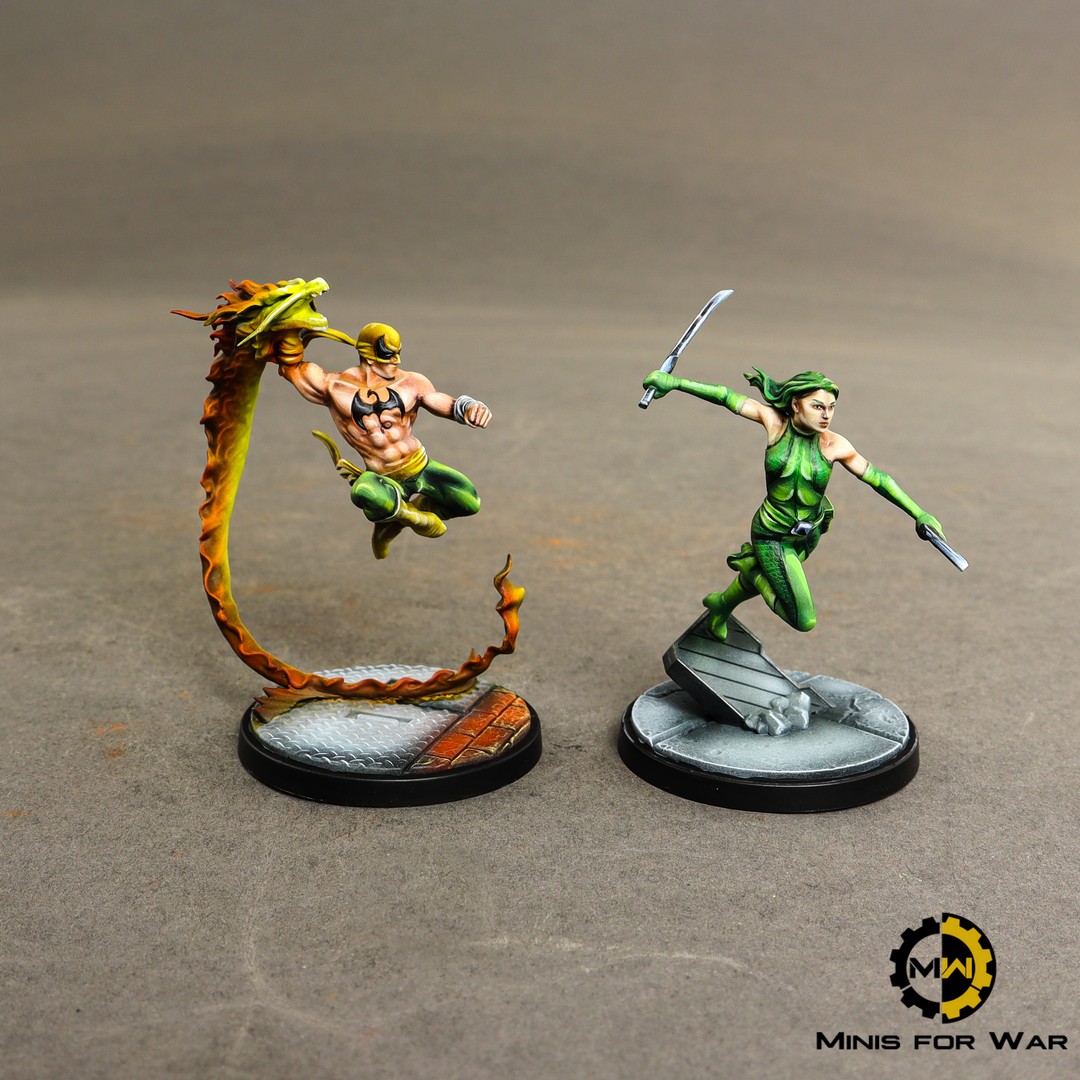 “I am the Iron Fist. I hold back the storm when nothing else can.”

Character on the left is Daniel Rand, son of Wendell Rand, American businessman and former citizen of K’un-Lun, a city located in another dimension. At 19 he was empowered with the powers of “Iron Fist” after killing Shou-Lao the Undying, a divine serpent in K’un-Lun dimension.

The woman on the right is Ophelia “Viper” Sarkissian, one of the most important members of Hydra, women with a big network of acquaintances in the criminal underworld. She’s also an expert in the case of toxins and venoms. She doesn’t have any natural super-powers.