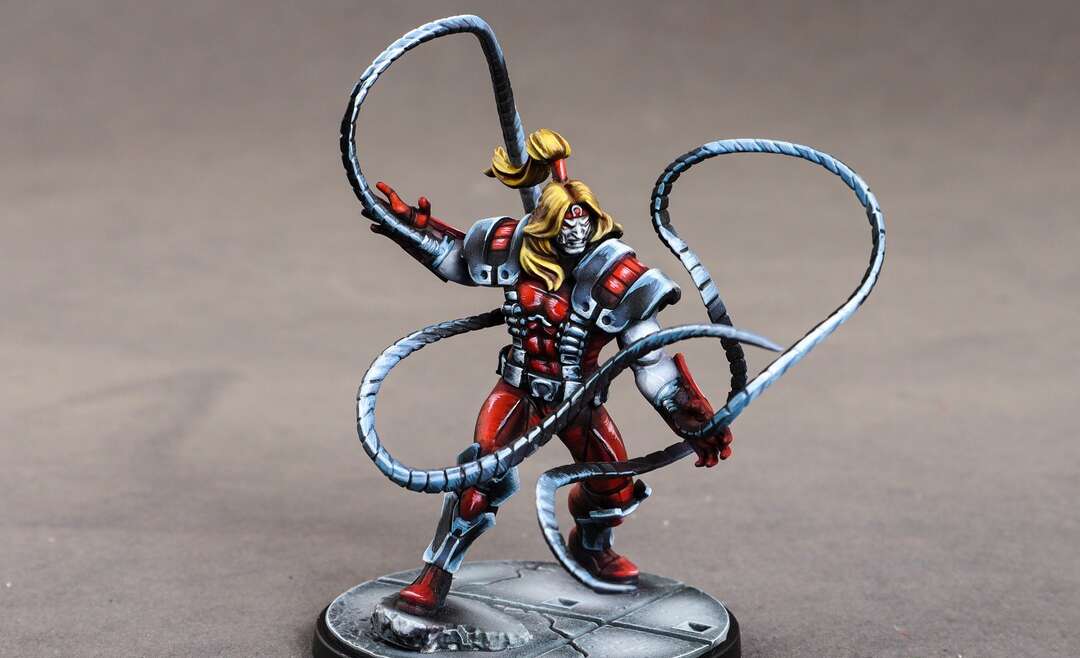 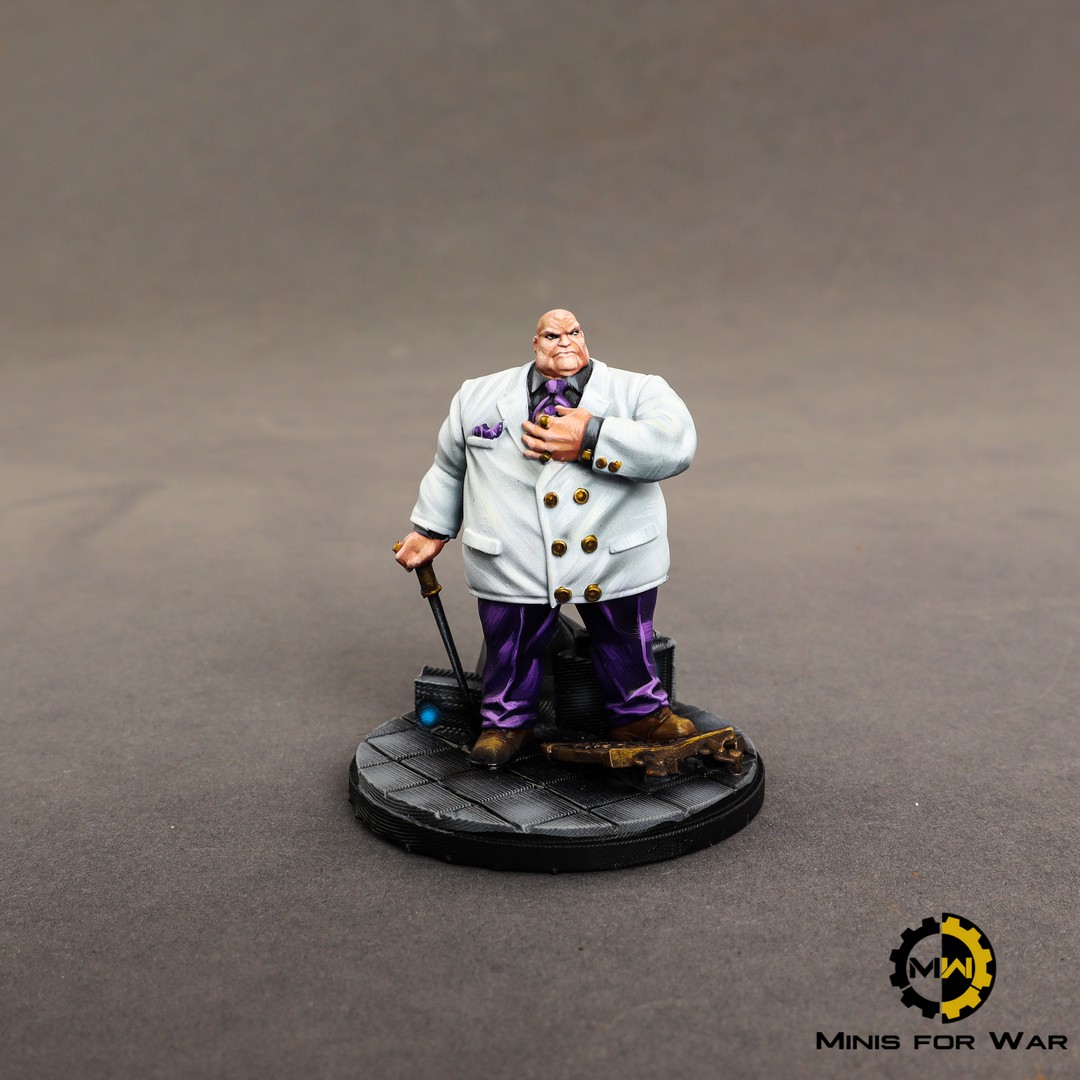 “The underworld will now be run like a business… and the chairman of the board will be… the Kingpin!”

Wilson Fisk – also known as the Kingpin is the master of the New York criminal underworld.  Don’t be misled by his thick figure, he’s built nearly entirely from muscles and is incredibly strong. He also has indomitable will and can resist psychic attacks and can speak in many languages such as English, Spanish, Mandarin, Japanese, Russian and others. 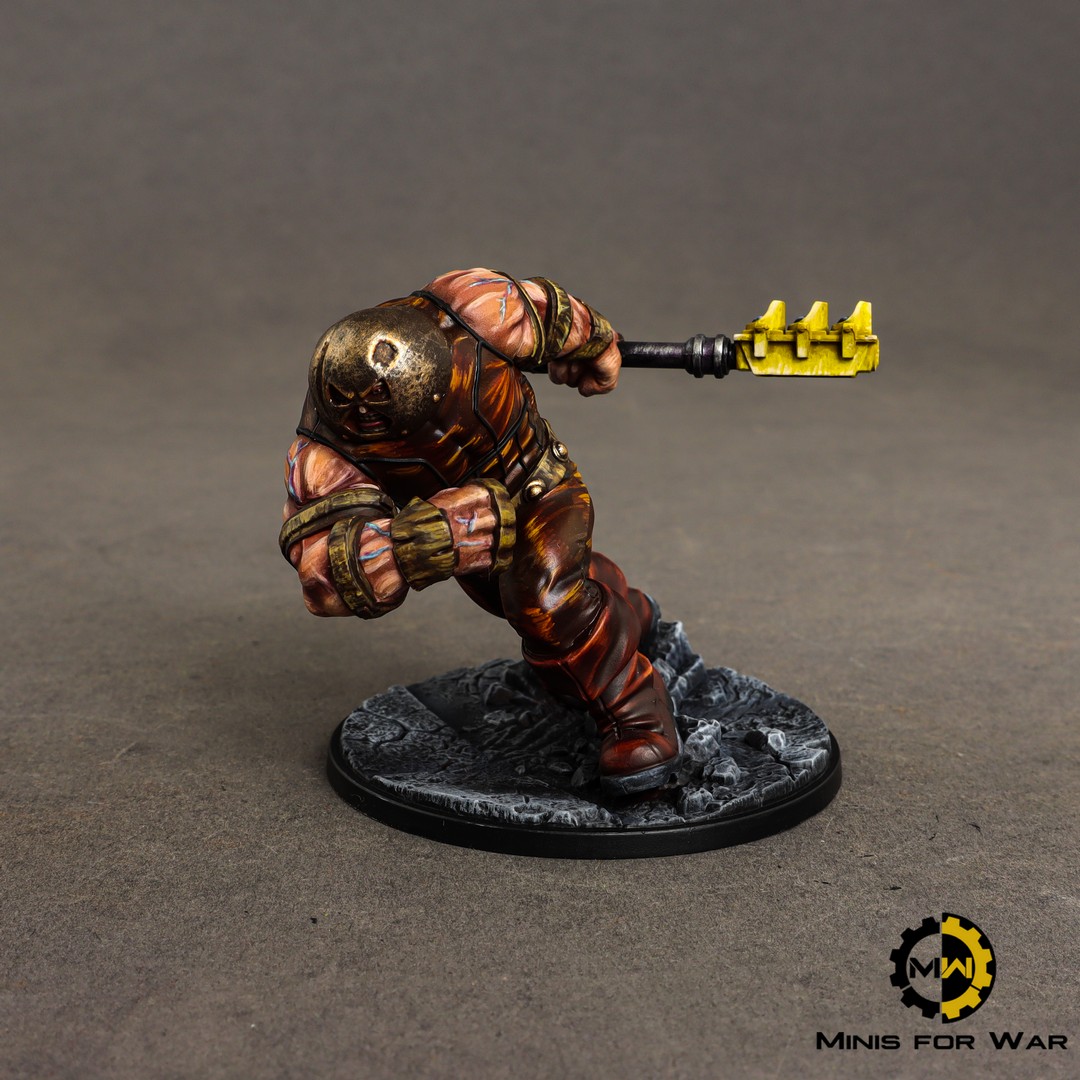 Cain Marko, better known as Juggernaut is the Avatar of Cyttorak and step-brother of Charles Xavier. He developed great hatred for his brother in their young age due to Xavier being favored by their parents and Marko being abused by his alcoholic father. Once a villain, he reformed to be a part of X-Men and later, Excalibur. 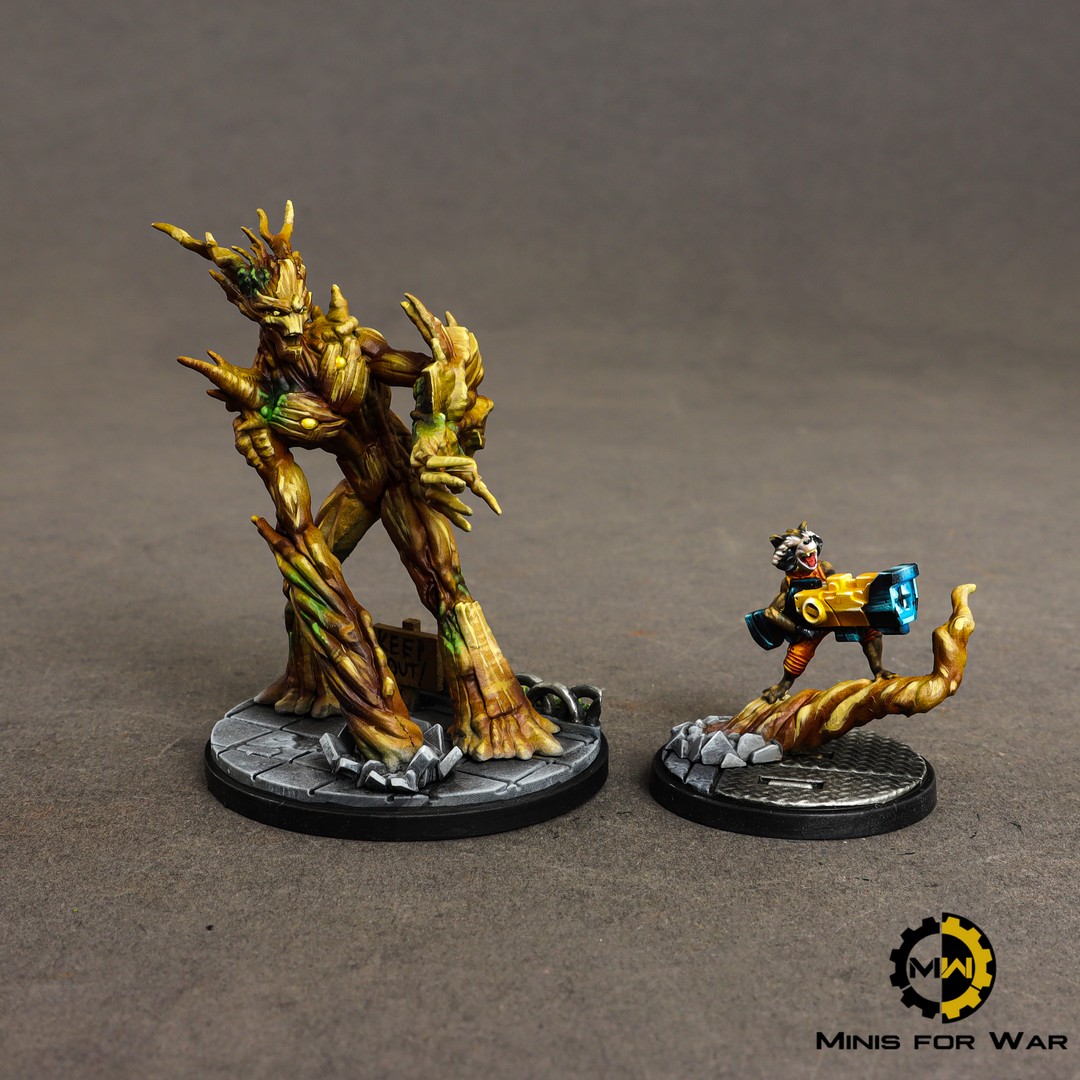 In this picture we can see an inseparable duo amongst the Guardians of the Galaxy – Rocket & Groot.

Groot is a Flora Colossi from Planet X. He is an humanoid tree-from alien, able to regenerate himself from only a little twig. He is very emphatic, able to sacrifice himself to save whom he loved. Many people face a communication barrier when it comes to Groot due to he’s only able to say “I am Groot” but there are few individuals that can understand him (such as Rocket).

As it comes to him, don’t be misled by his little size. He is genetically and cybernetically raccoon, one of the best tactical minds in the whole galaxy and extremely effective bounty hunter. 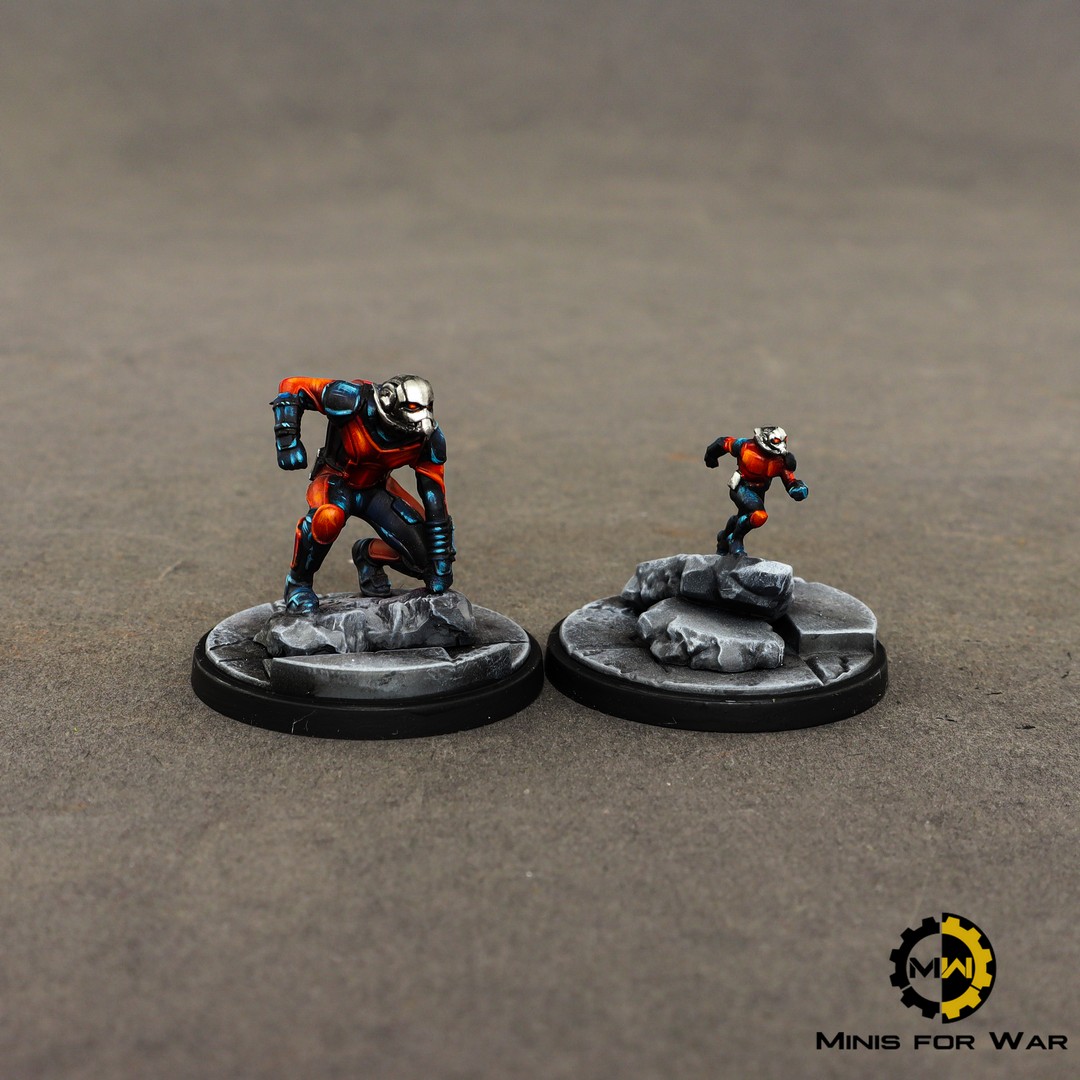 “…Yeah, well I beat up Doctor Doom once!”

Scott Lang, a.k.a. Ant-Man, is an ex-criminal that wants to once again use his illicit skills to save her daughter and unexpectedly became the size-shifting, insect-commanding Super Hero. 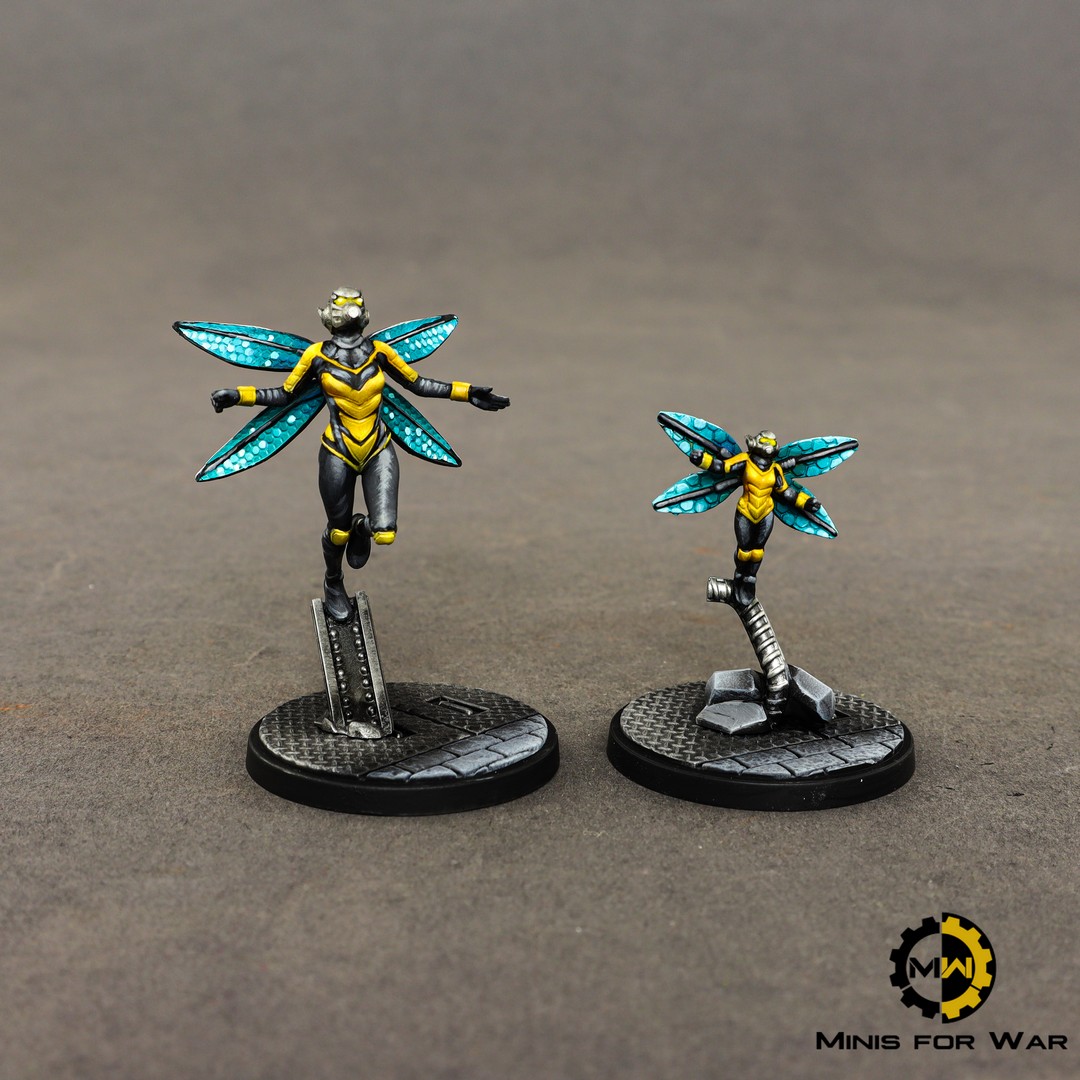 “A hundred years from now, when we’re all dead and buried, there will be only two things that we’re remembered for… what we did. And what we looked like. Our uniforms are as much a part of our legacy as anything we’ll ever do.”

Janet Van Dyne, better known as the Wasp, was a fashion designer and super-heroine. She was once exposed to the Pym Particles, gaining size-shifting superpowers and becoming Pym’s crime-fighting partner. She was one of the founders of Avengers and their former leader. 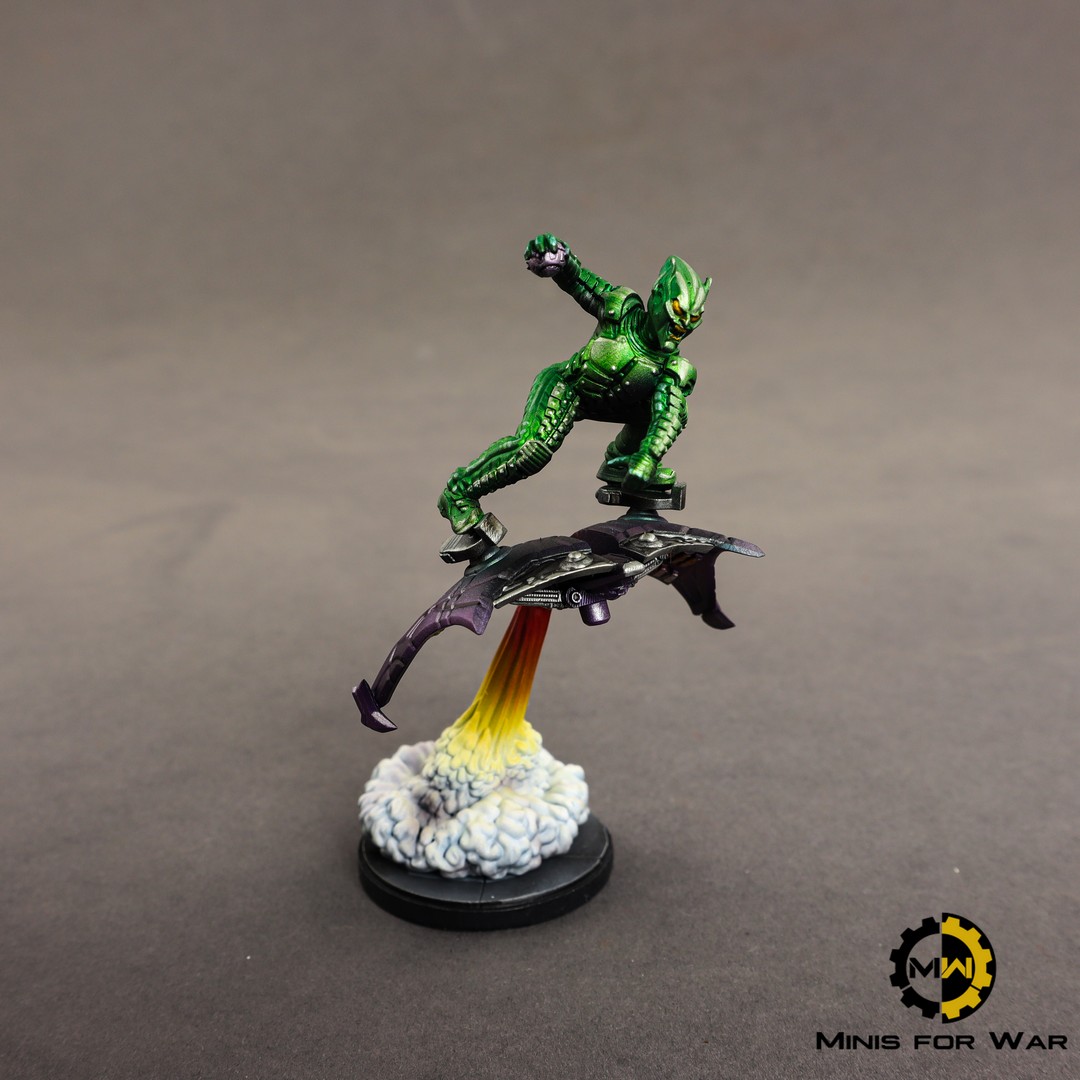 “Nothing keeps me down, Kingsley. Not death. Betrayal. Even the entire world against me! Every time I rise back up! Stronger than before! Every time!”

One of the most iconic villains across the Marvel Universe as well as a great opponent of Peter Parker a.k.a. Spider-Man, here we go with Green Goblin, the big bad alter-ego of Norman Osborn. Norman, once a scientist and business-man, invented Goblin Formula and tested it on himself. It empowers him, granting a superhuman strength, durability, reflexes and enormous healing factor but also led Osbron into mental breakdown, developing huge hatred for Spider-Man. 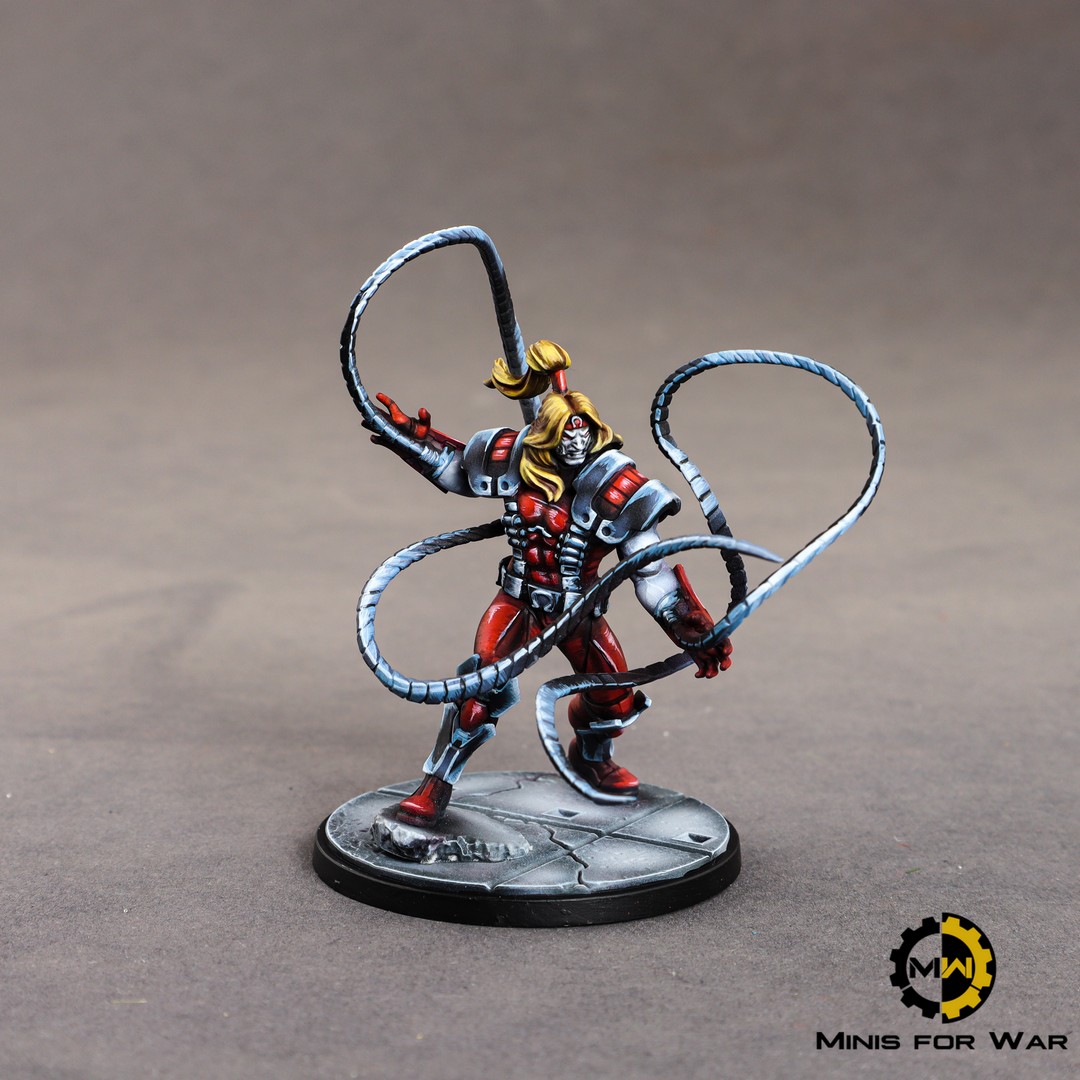 “First we live. Then we die. In between is just blood and noise.”

Arkady Rossovich was a Russian mutant, known as Omega Red. He once served in USSR Spetsnaz. He was a criminalist and murderer, once deceased he came back to live and then was a part of the Soviet Super Soldier Program. Nextly he was cybernetically augmented with the Carbonadium tentacles and became a deadly weapon and one of the enemies of Wolverine. He was able to drain life out of his victims as well as kill them with his “death factor” – deadly spores released from his body.