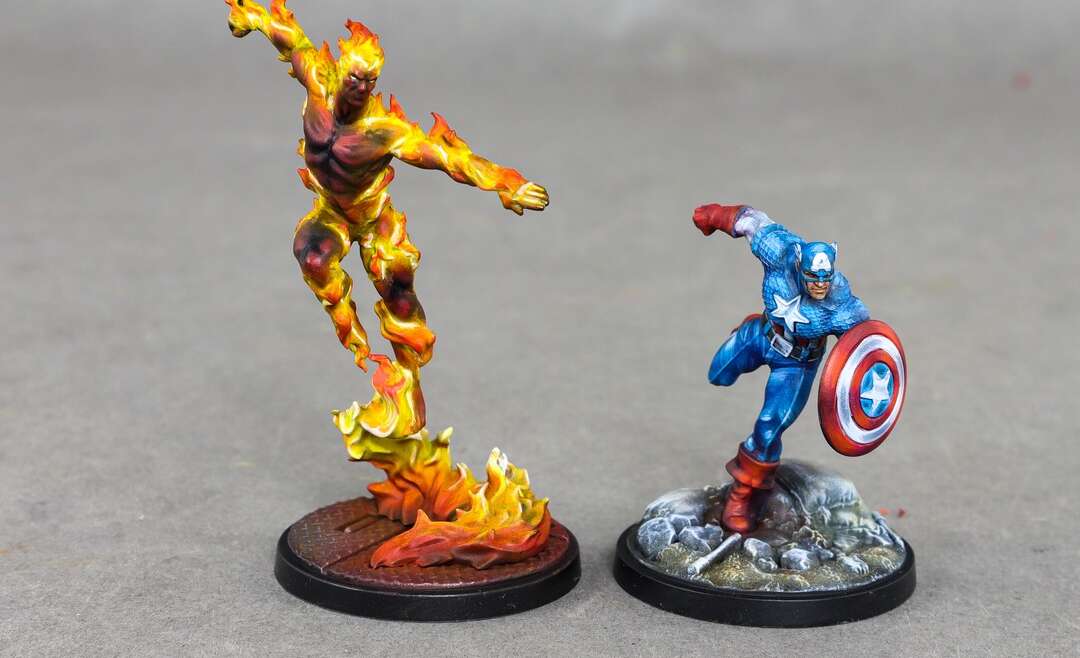 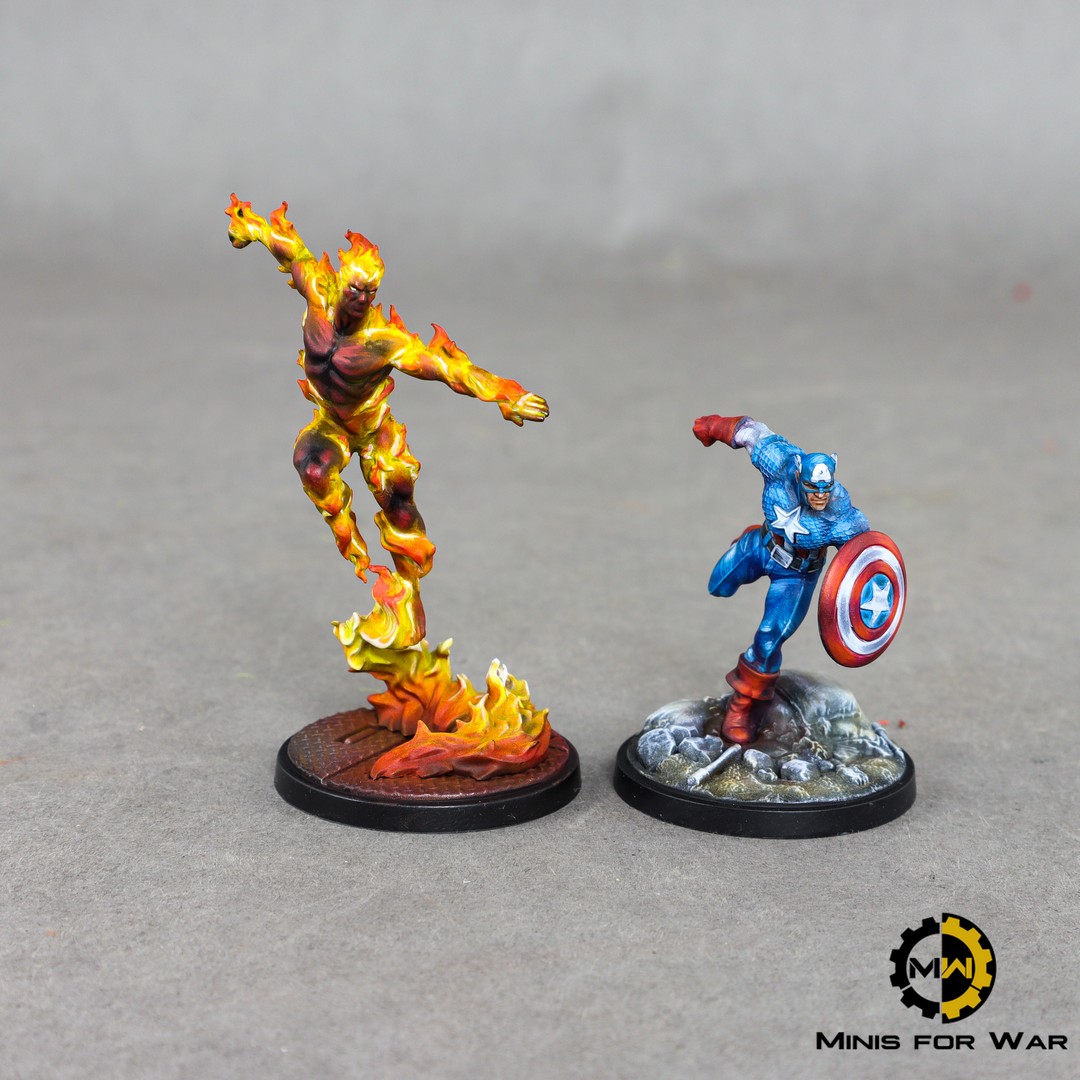 “I’m just a kid from Brooklyn.”

On the right there is a well known Steve Rogers, widely known as Captain America. Before he became a superhero he was “just a kid from Brooklyn” that wanted to be a soldier. He was rejected by recruiters due to his small size. He then participated in a top secret project to receive a Super Soldier serum, becoming a well known icon of America!

On the left there is Original Human Torch, Jim Hammond (do not mistake, he is not a Johnny Storm from the Fantastic Four!!). He was a male-shaped Android, created in 1939 by a professor Phineas T. Horton. His body was fully covered with photoelectric solar cells that began to burn in contact with oxygen. In one of his first fights he was doused in nitrogen that finally was a catalyst and allowed him to control his own powers. He was one of the first superheroes in the Marvel Universe. 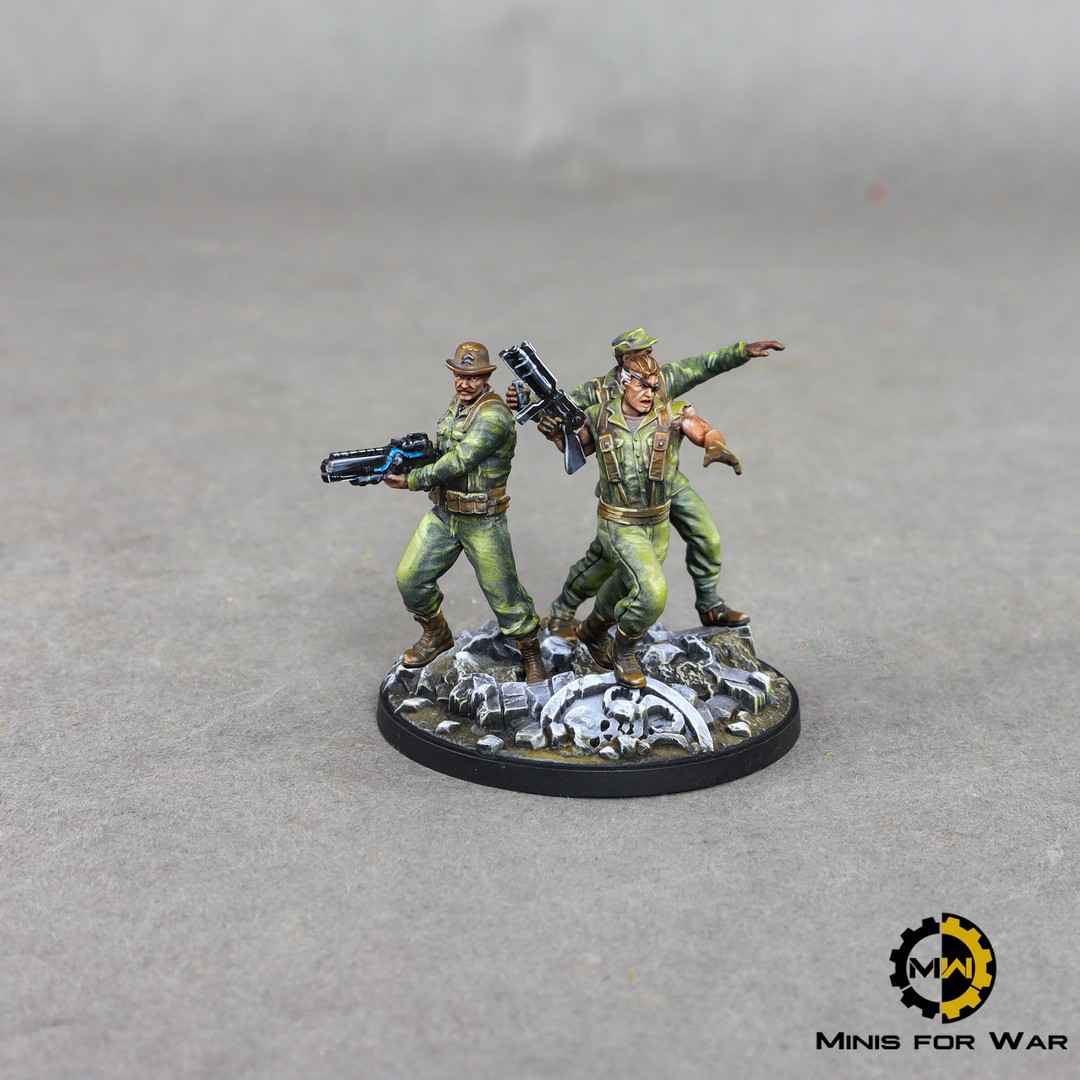 “I’ve killed… More times than I can count. I’ve burned worlds. Destabilized galaxies. Dethroned gods. And I did it without any of them even knowing my name. That’s what it means to be the man on the wall. To be the invisible monster who keeps the other monsters at bay.”

Here we see Nick Fury Sr and his Howling Commandos. He is a father of (in)famous Agent of S.H.I.E.L.D., Nick Fury Jr. He served as a soldier during World War II and fought side by side with Captain America. In the course of the war he was heavily injured so he was infused with Infinity Formula, becoming nearly immortal. I won’t spoil anything else and can recommend comic books about him, he’s a very interesting character! 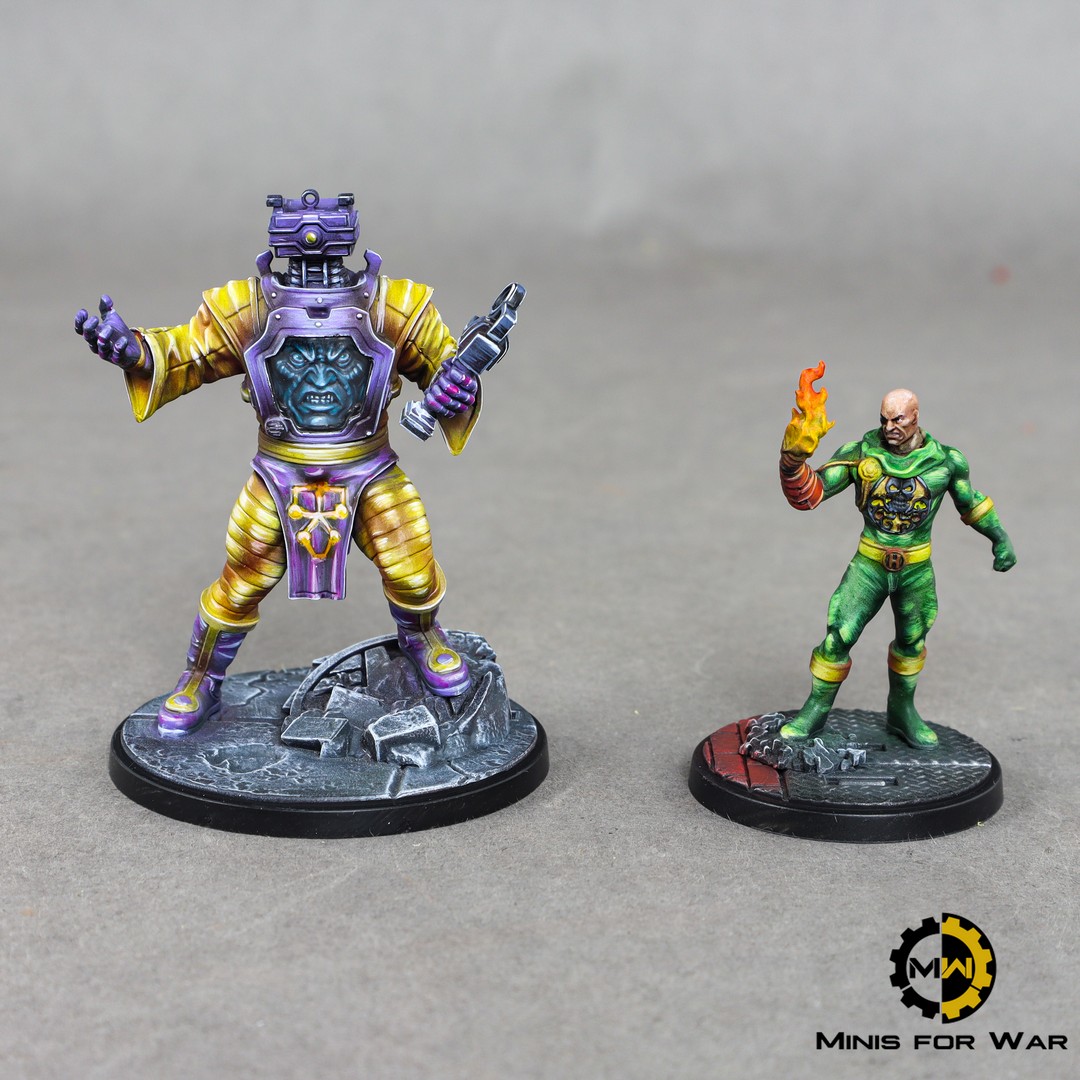 Here we go with two important characters in the structures of Hydra. One is a genius, PhD of biochemistry, a member of Hydras’ High Council. He was able to transfer his consciousness into a robot body, extending his life and possibilities to experiment.

Second one is Baron von Strucker, former leader of Hydra, obsessed with killing Nick Fury and crushing all forms of democracy. He was infected with deathspore virus that does not kill him but grant him some superpowers, like enhanced durability and regenerative healing factor.