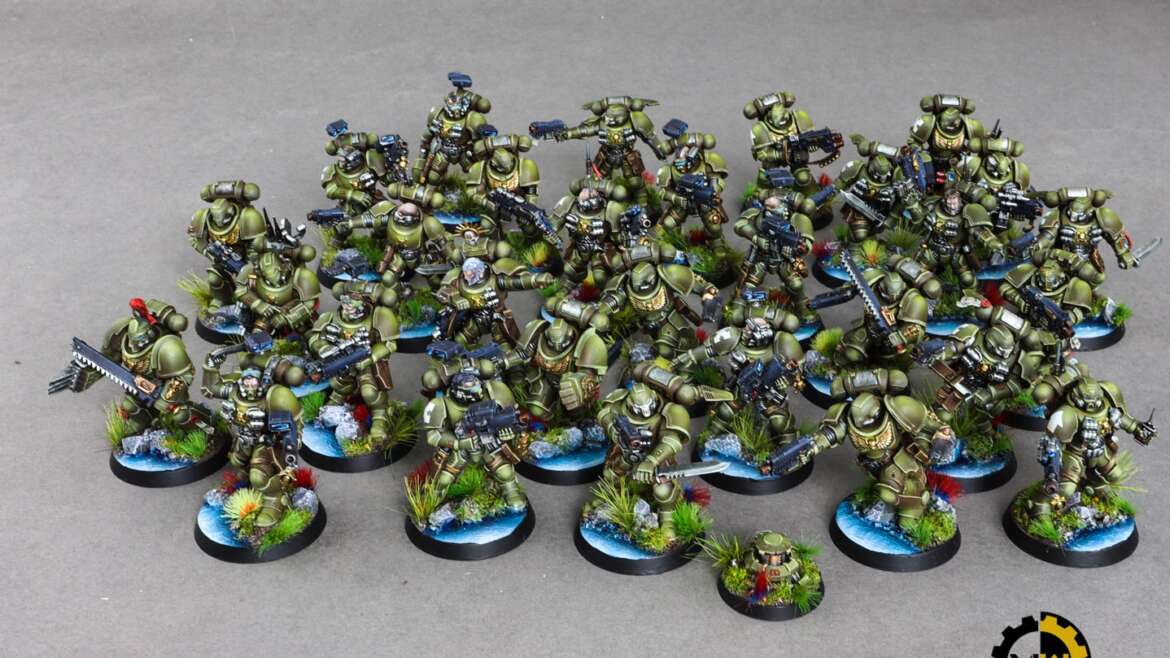 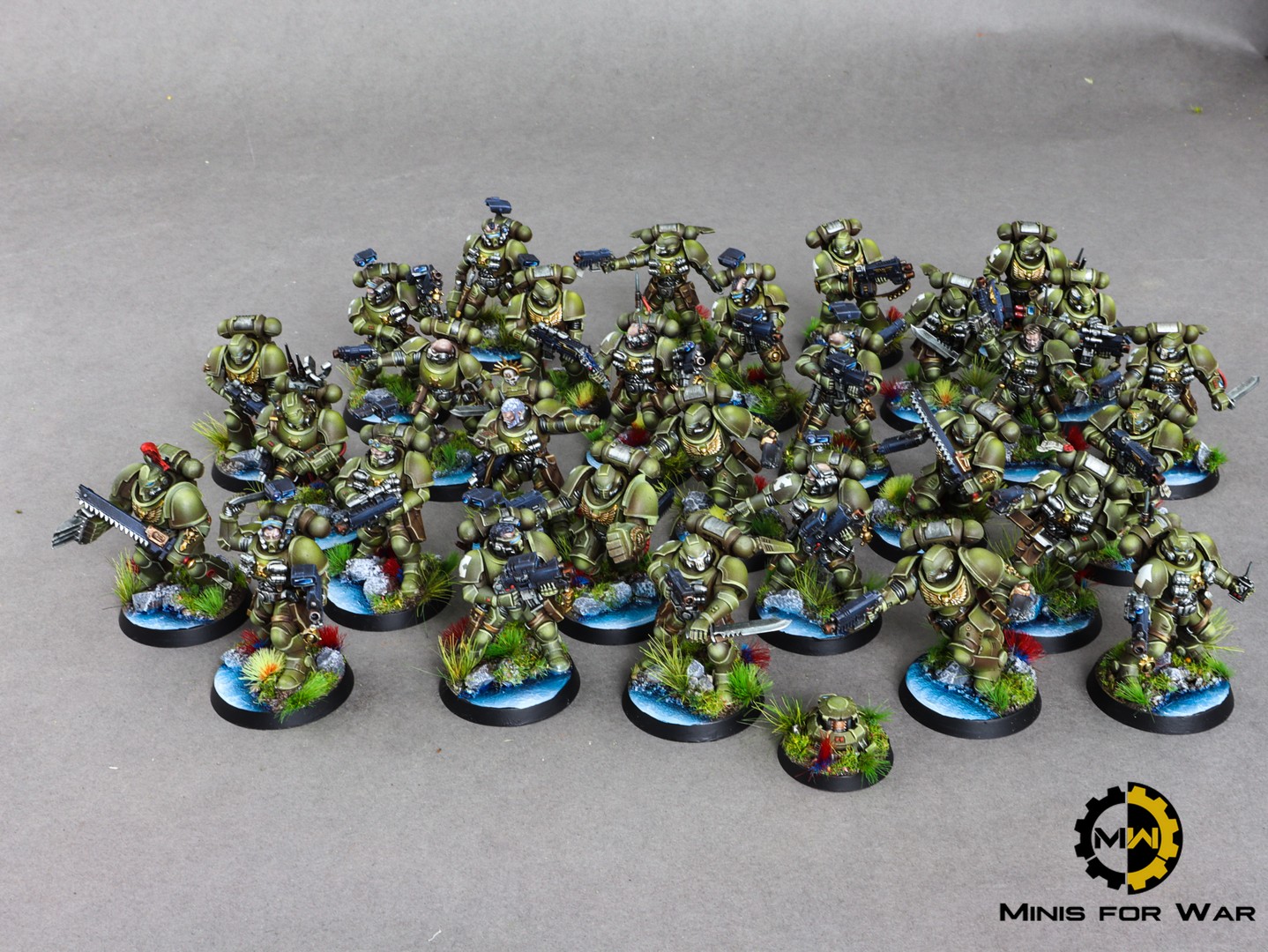 Today we want to show you Warhammer 40k miniatures prepared for the games of Kill Team. All of these Space Marines are painted to match the Raptors Chapter of Adeptus Astartes. 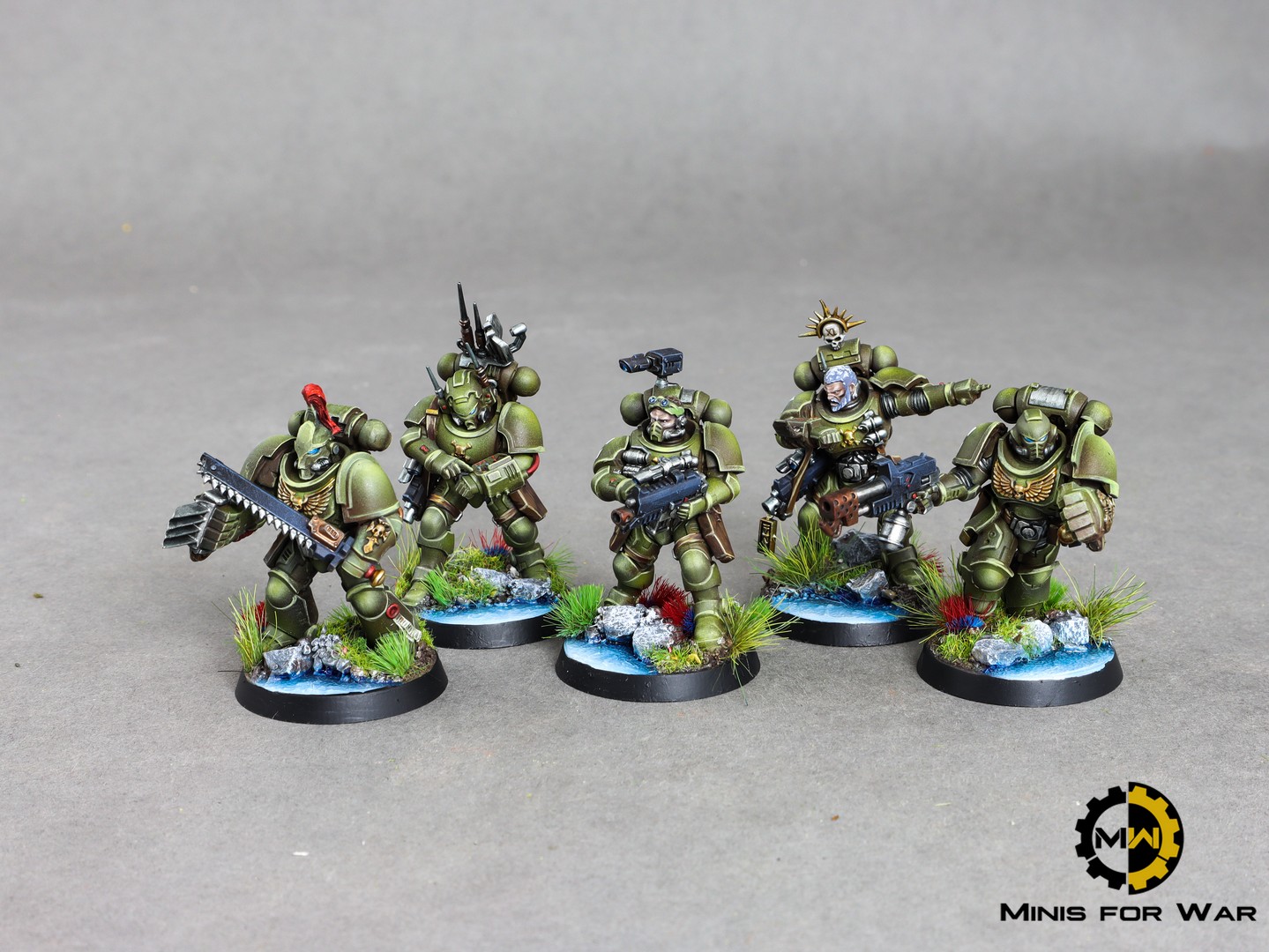 A Kill Team is a small, elite unit of Space Marines that is used for a variety of specialized missions, such as reconnaissance, sabotage, assassination, and infiltration. The size of a Kill Team can vary, but typically it consists of between 5 and 10 Space Marines, led by a Sergeant. Kill Teams are highly trained and well-equipped, and are able to operate independently for extended periods of time. 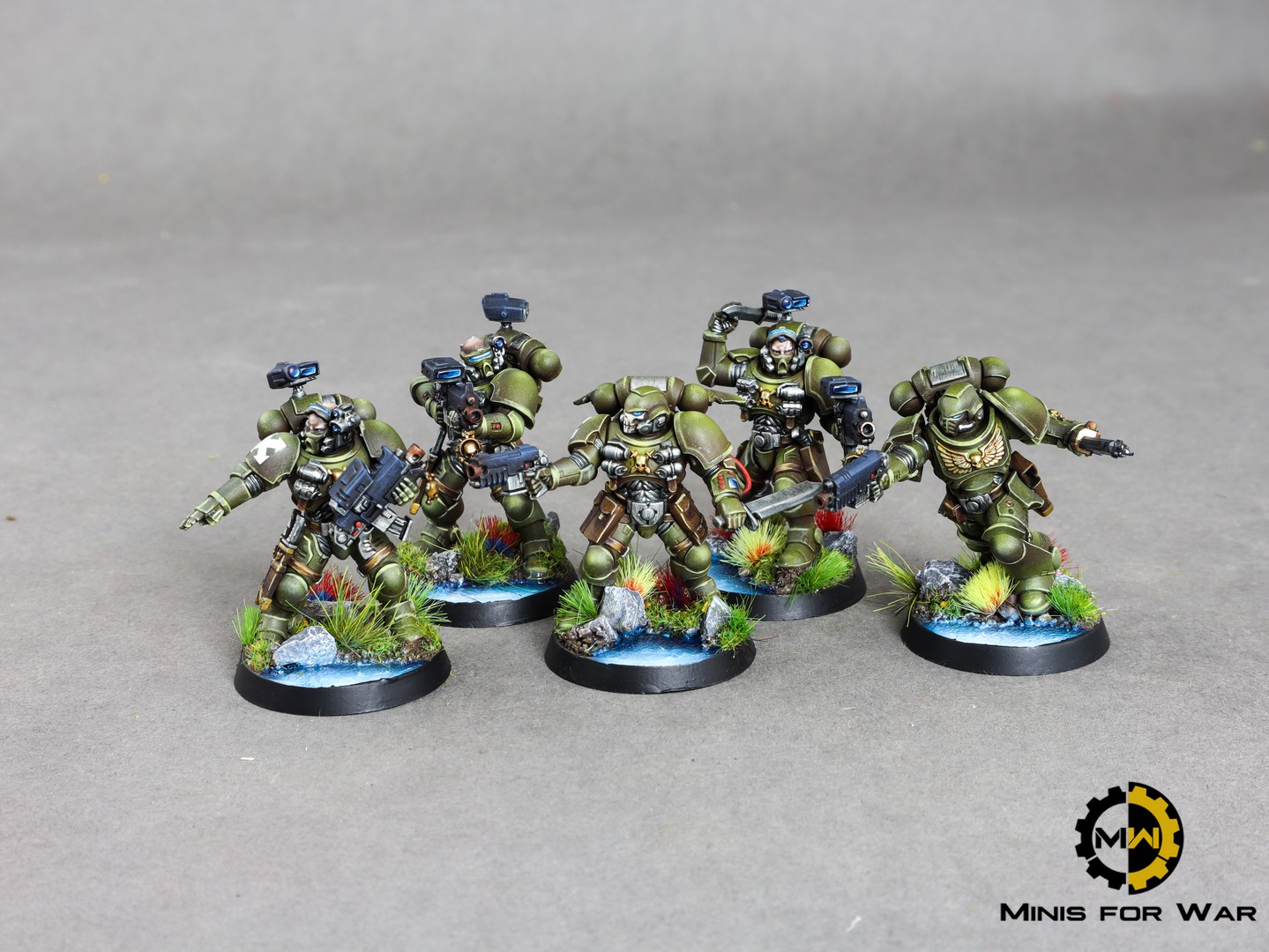 In combat, Kill Teams are used to take on specialized missions that would be too risky or difficult for a larger force. They are adept at infiltrating enemy lines and carrying out surprise attacks, and are often used to take out high-value targets or disrupt enemy operations; often used to carry out reconnaissance and gather intelligence on the enemy. 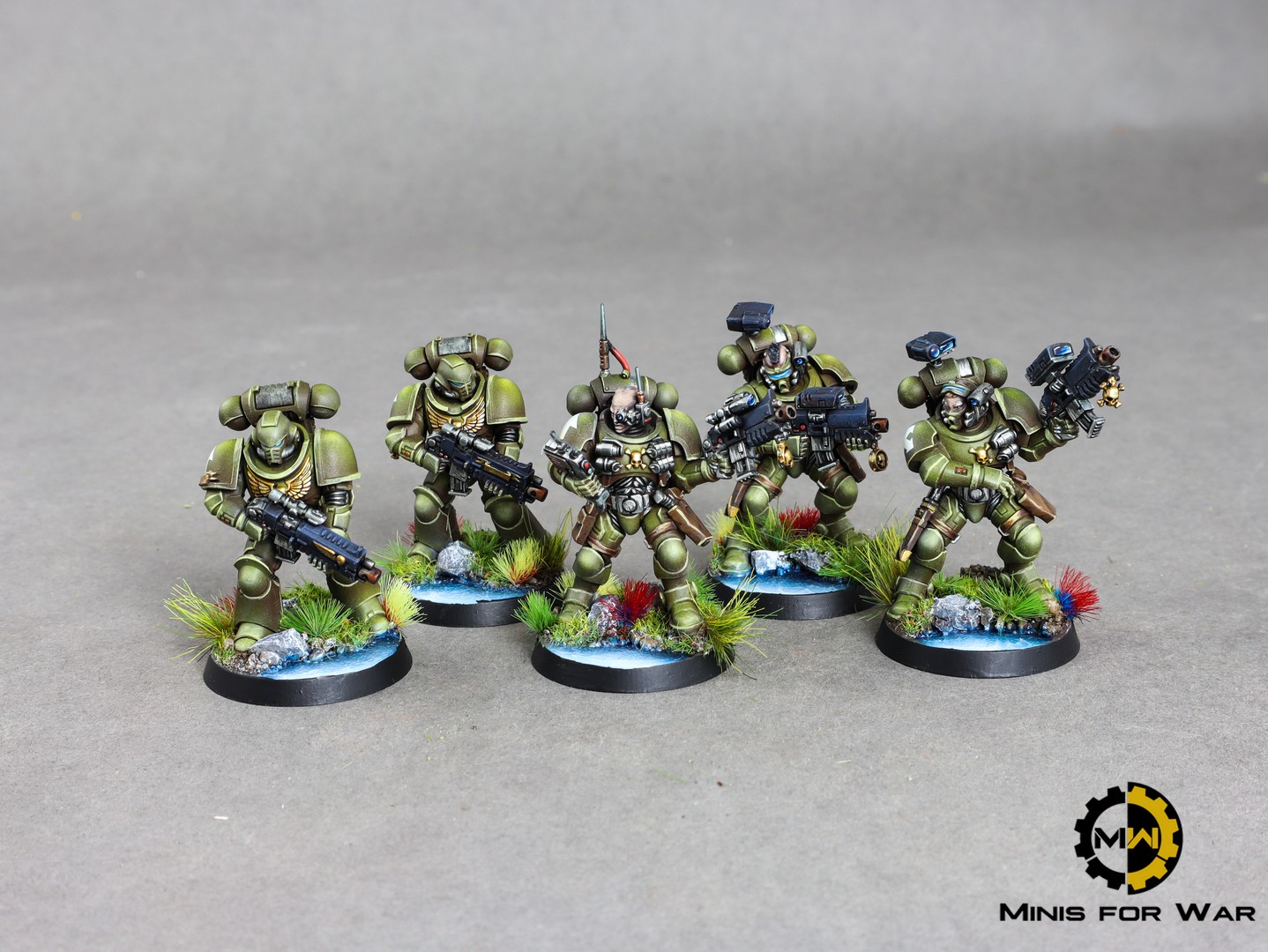 In terms of equipment, Kill Teams are usually outfitted with a specialized gear, such as bolt pistols, chainswords, and grenades, as well as a variety of other weapons and equipment, depending on the specific mission. They also sometimes use jump packs to allow them to traverse the battlefield quickly and move behind enemy lines. Equipped with specialized power armor that is designed to be lightweight, Kill Teams have better mobility than other Space Marines forces. 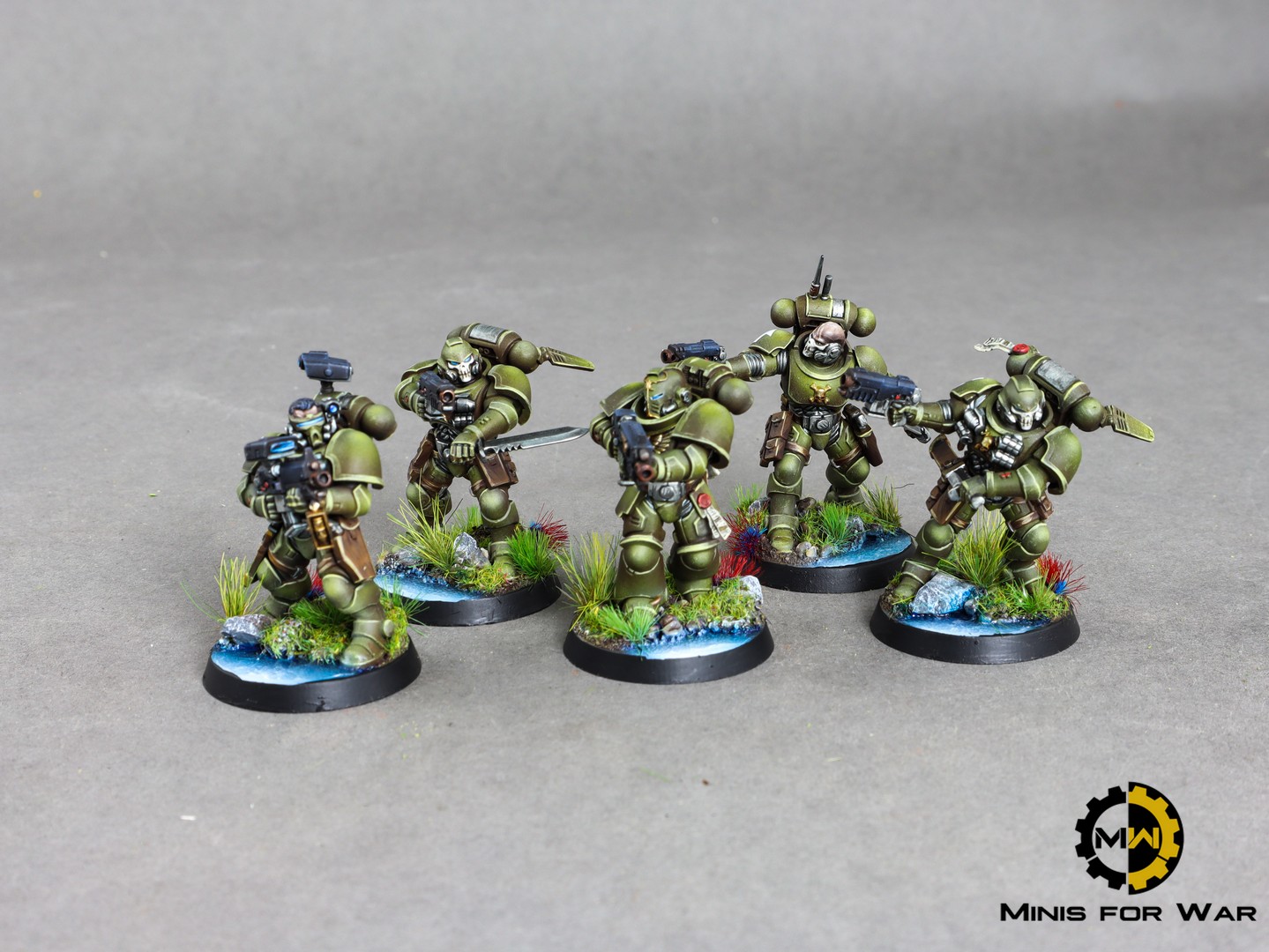 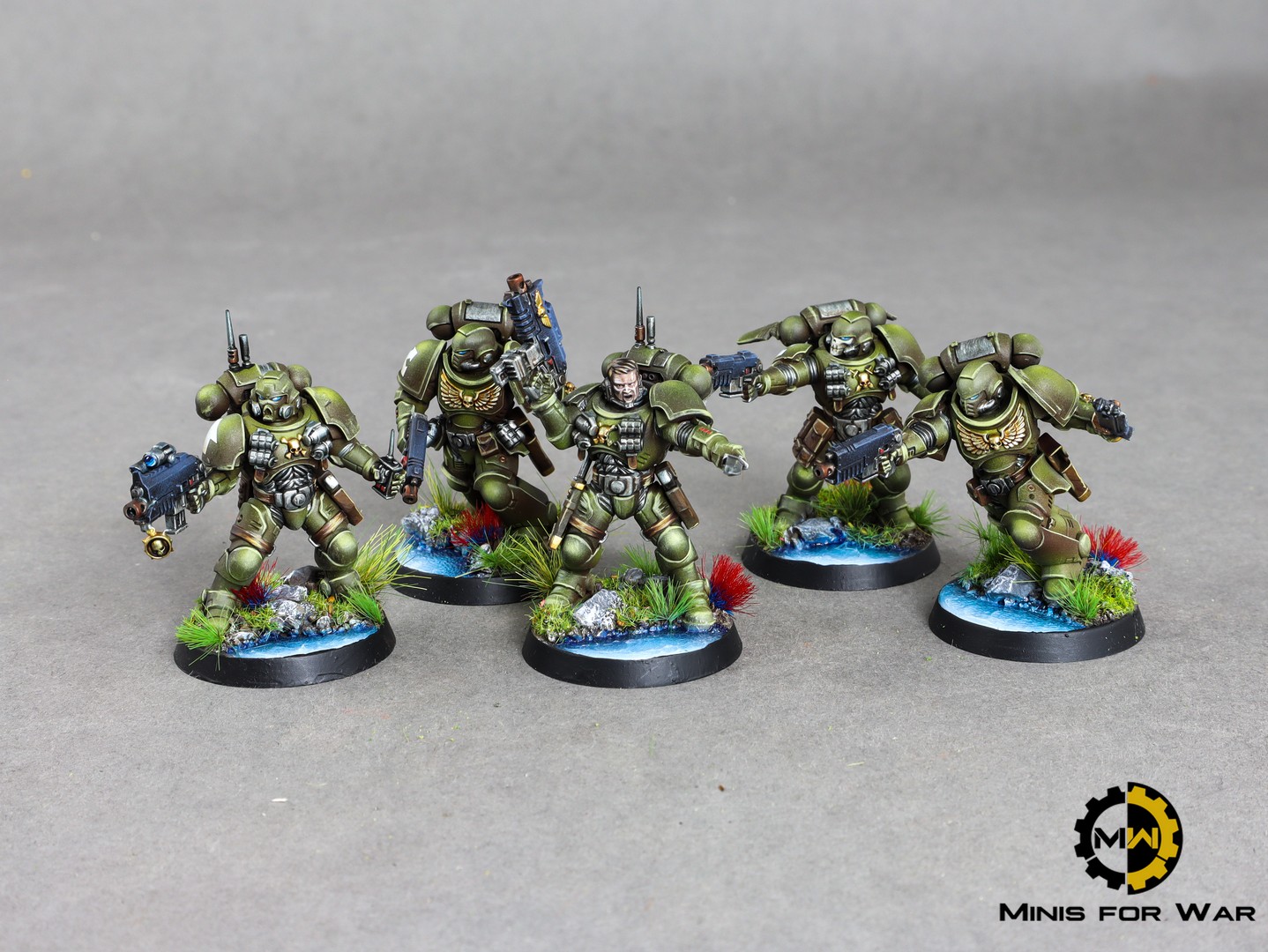 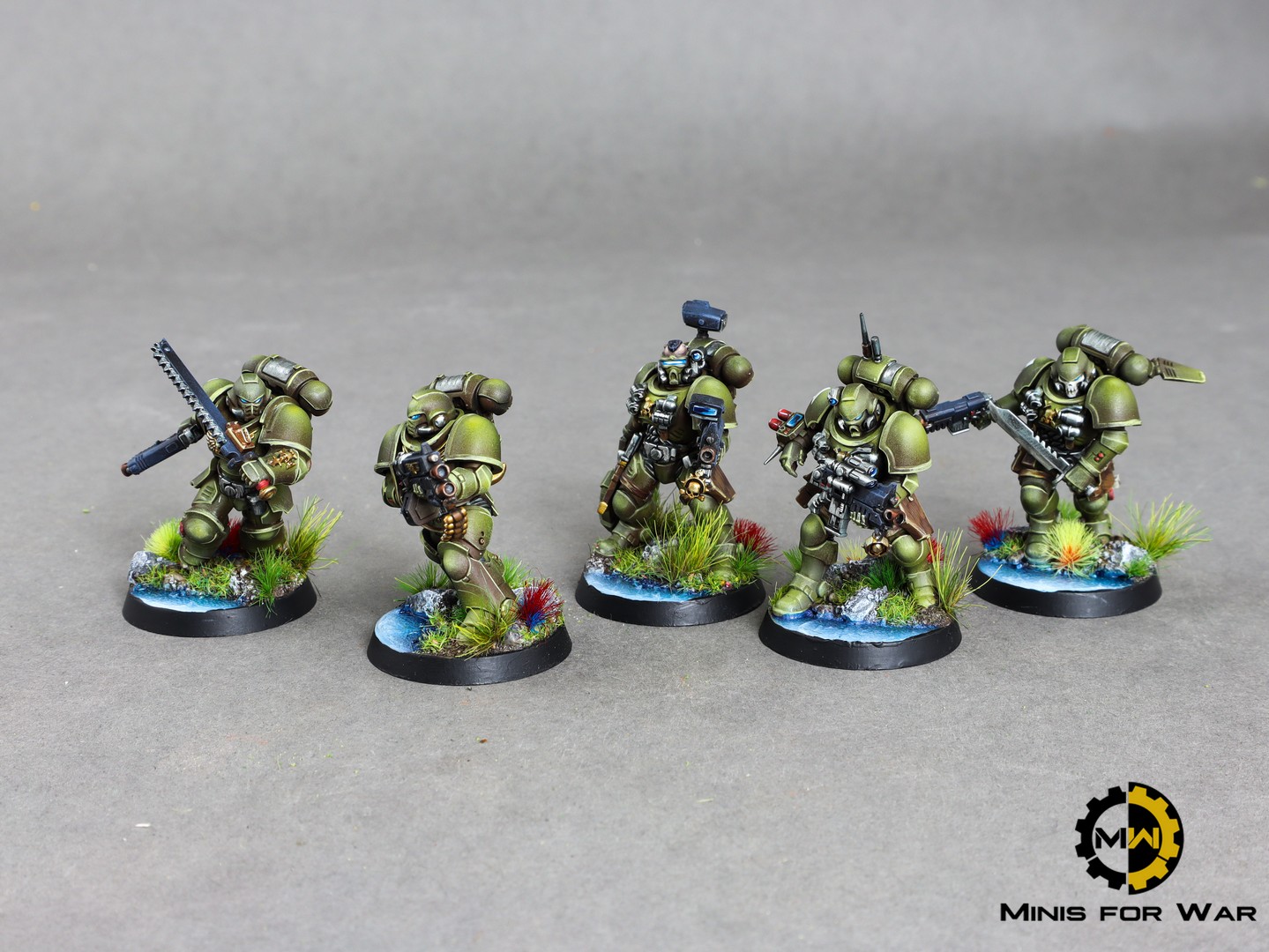