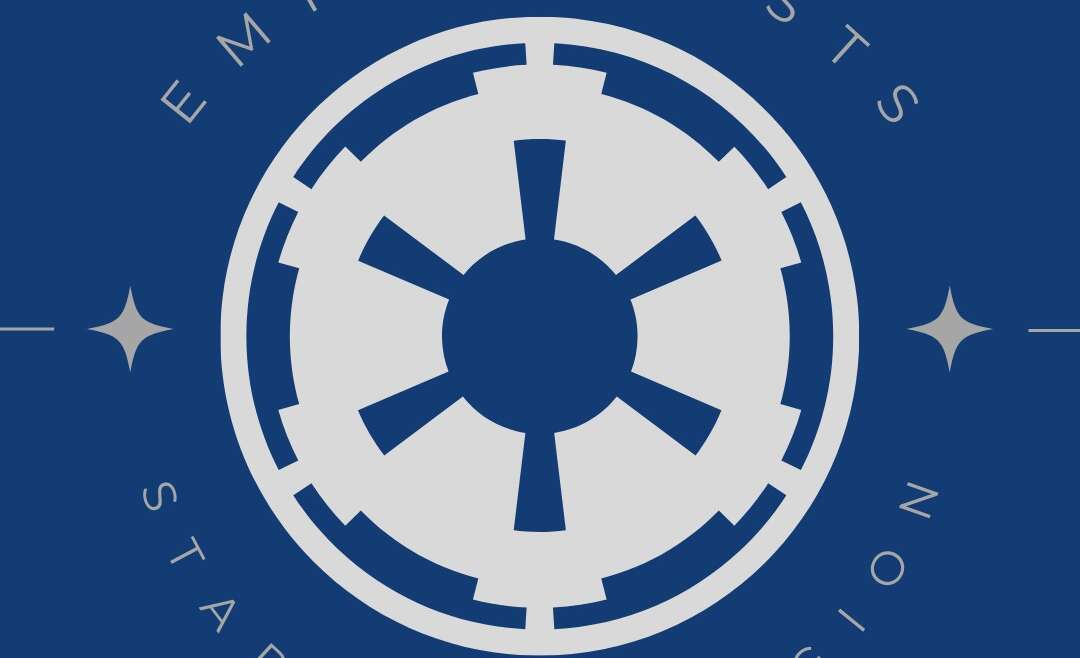 Here we go with a fourth article from our series that is a little follow-up and a complement of our “Start Collecting”. Today we want to spot some Empire lists, according to our text that was published last week. In this series I will spot 3 lists per article, showcasing meta choices as well as some just-4-fun lists. Here we go! 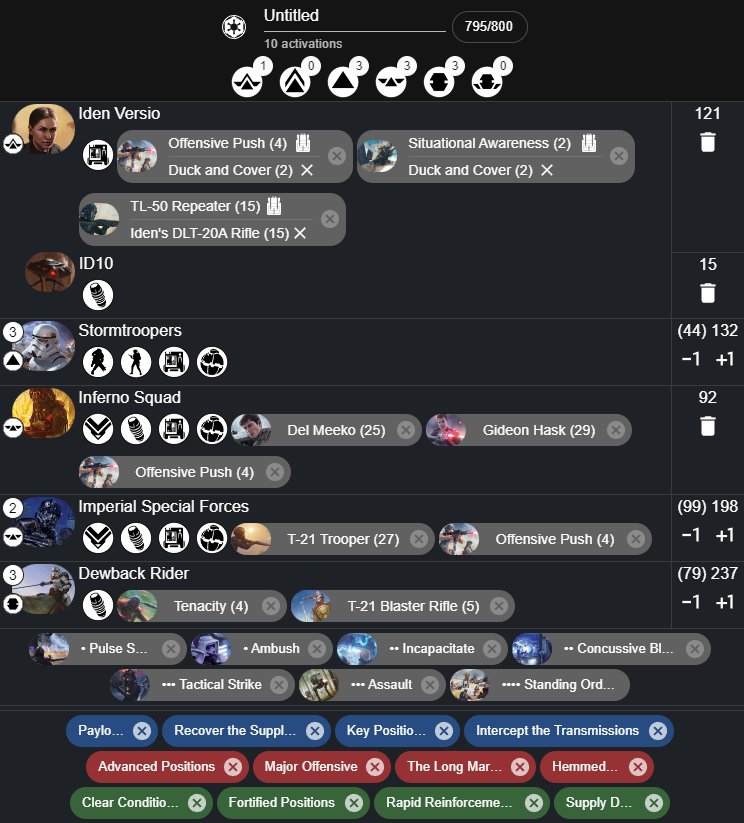 One of the classic empire lists.

Strong Alpha Strike in turn 1-2 due to Iden strong  pip-3 Command Card “Tactical Strike”. She infiltrates near the opponent with her Special Forces, in the right moment you should go to alpha strike, then in the next turn Dewbacks should come and eat enemies’ leftovers. Stormtroopers fill the role of objective holders here.

DOUBLE BOUNTY (some between meta and 4-fun, can beat meta) 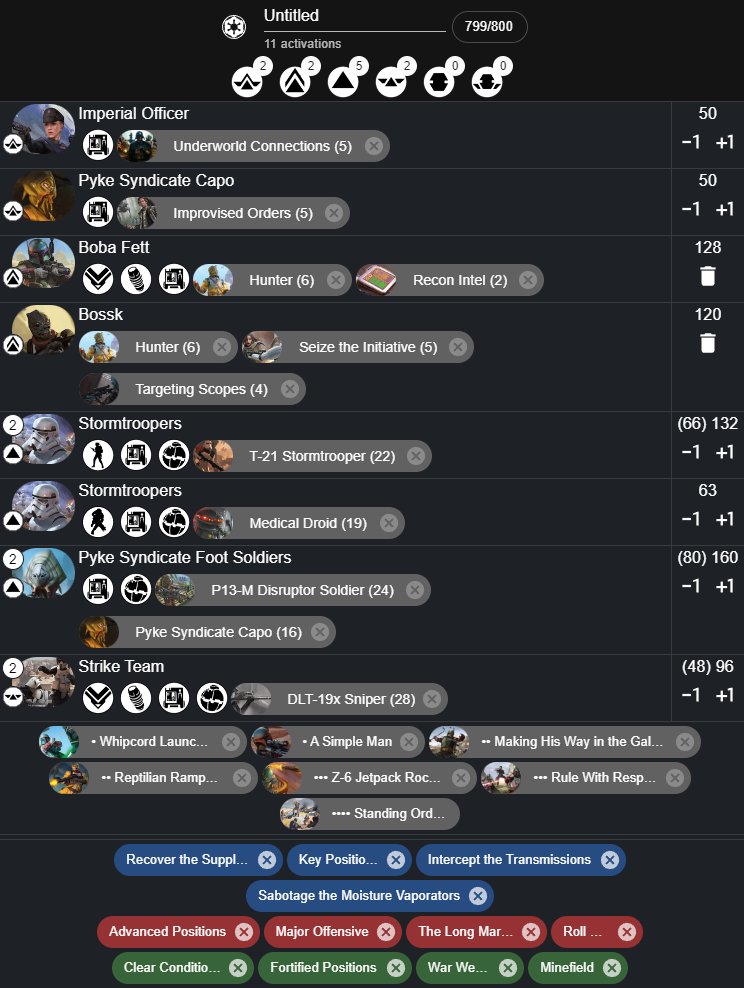 Centerpiece of your list is 2 Bounty Hunters: Boba and Bossk. If you properly resolve Bounty abilities of both you’ll probably win easily. Bossk and Strike Teams give you a good Area Control aspect with all those sniper shots. Boba is your scalpel and with him you should exterminate single targets. The rest of your list is a well-balanced mix of Stormtroopers and Pykes for making objectives, but without loosing fire powers due to nearly all your corps are equipped with heavy weapon (except one, which takes the role of healer with FX-9 Medical Droid)

BLIZZARD FORCE (4-fun but can compete with meta) 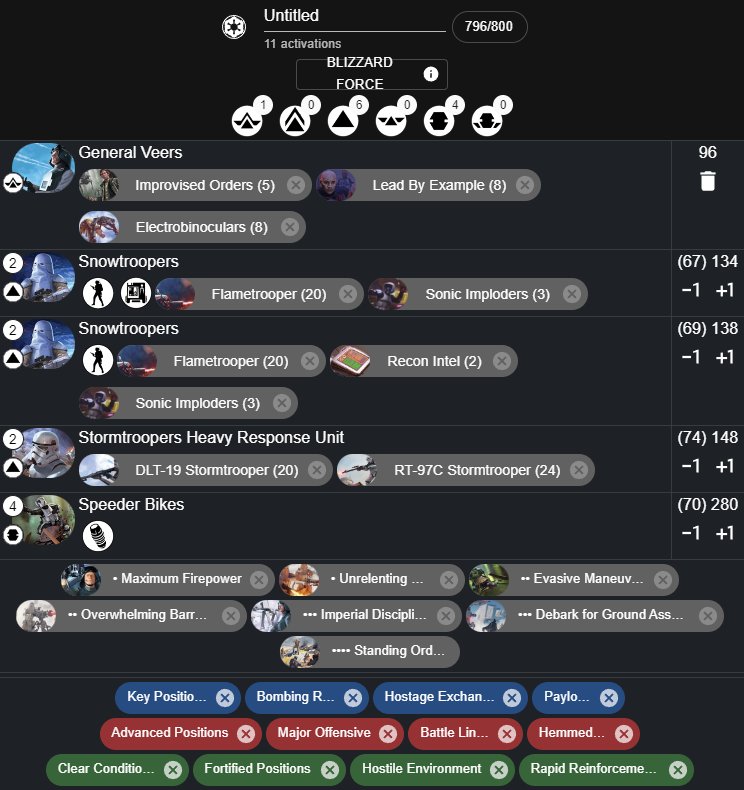 Here is a third and last list in this article.

When using Battle Force rules you get access to 4 units of Bikes and Stormtroopers Heavy Response Teams. First are very good flankers that shouldn’t be underestimated due to their not-that-bad attack power. Second ones are units of Stormtroopers that have to equip 2 Heavy Weapons, extending their fire power largely. They’re supported with General Veers, which is one of the best support commanders in-game and 4 units of very strong, range 1 exterminators of corps/special forces units – Flamethrower Snowtroopers with Sonic Imploders.

Definitely fun to play and you should try it yourself!