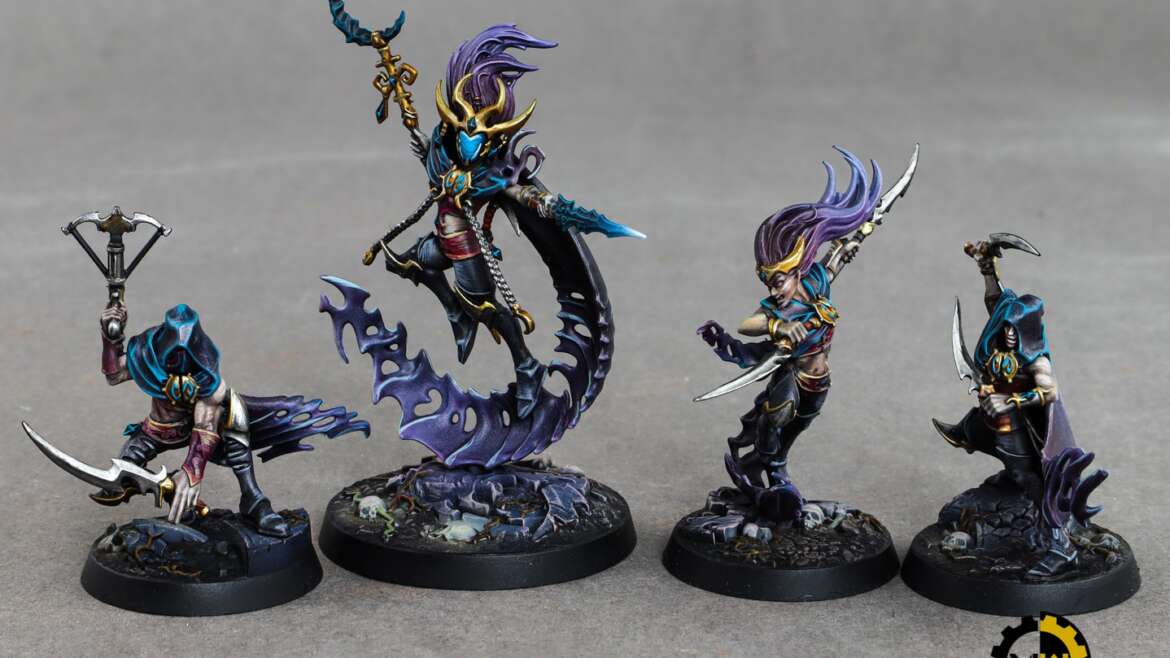 From the vast arenas of Warhammer Underworlds, here we go with some Warbands for this quick, skirmish-type game, which is a hybrid of Board Game and Collectible Card Game! 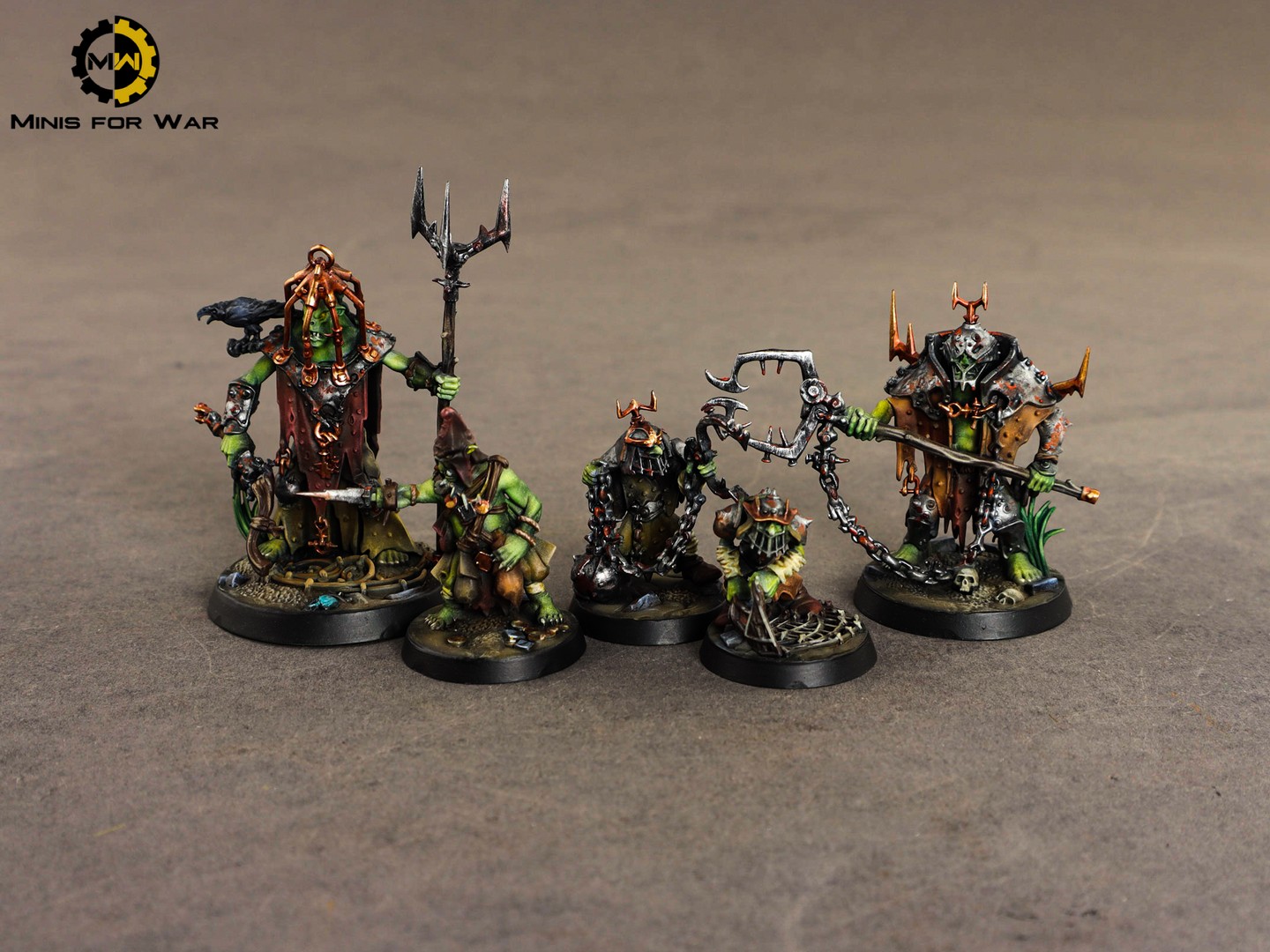 Part of the Harrowdeep Starter Set. This Orruk warband of Kruleboyz accidentally landed in Harrowdeep and quickly fell in love with the town and its capacity for relentless crafty slaughter! However, they offer numbers and a few crafty tricks up their sleeves. As a beginner faction, they may be a little difficult to use at their best because it needs precise positioning and mastery of the support mechanism. 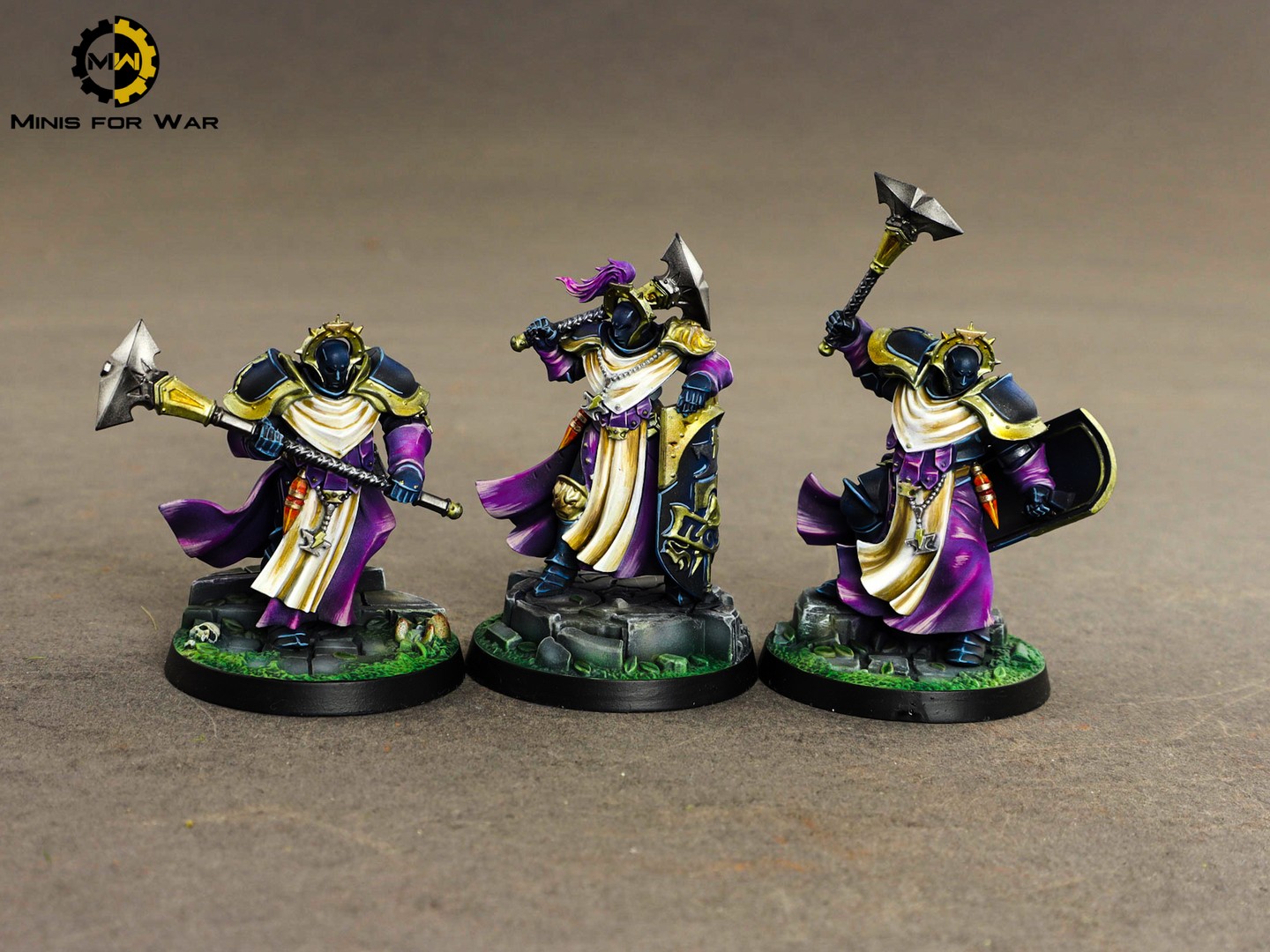 The Ironsoul’s Condemners are stern leader Gwynne Ironsoul’s Sequitors from the Sacrosanct Chamber of the Stormcast Eternals. This warband is a part of a unique set called Dreadfane, which is sold as a standalone simplified Warhammer Underworlds in some regions and includes a full deck. They are mostly an aggressive warband with moderate movement but strong inspiration capabilities. 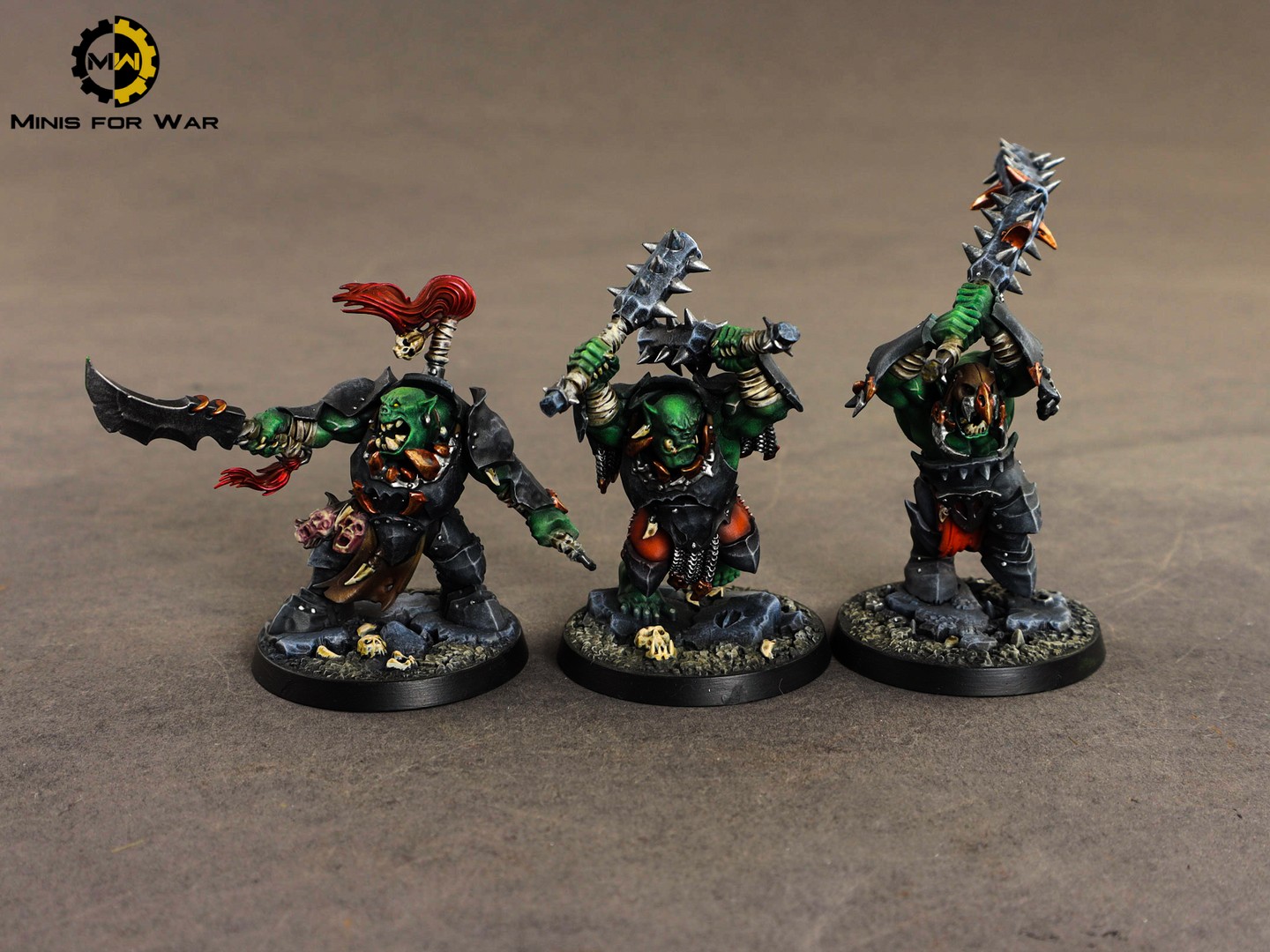 The sound of combat has drawn these Ironjawz Brutes, Morgok’s Krushas, to the Beastgrave, and they are about to get skrapped! They are mainly employed in games for their strength, with aggressive playstyles greatly benefiting from the Primacy mechanism. 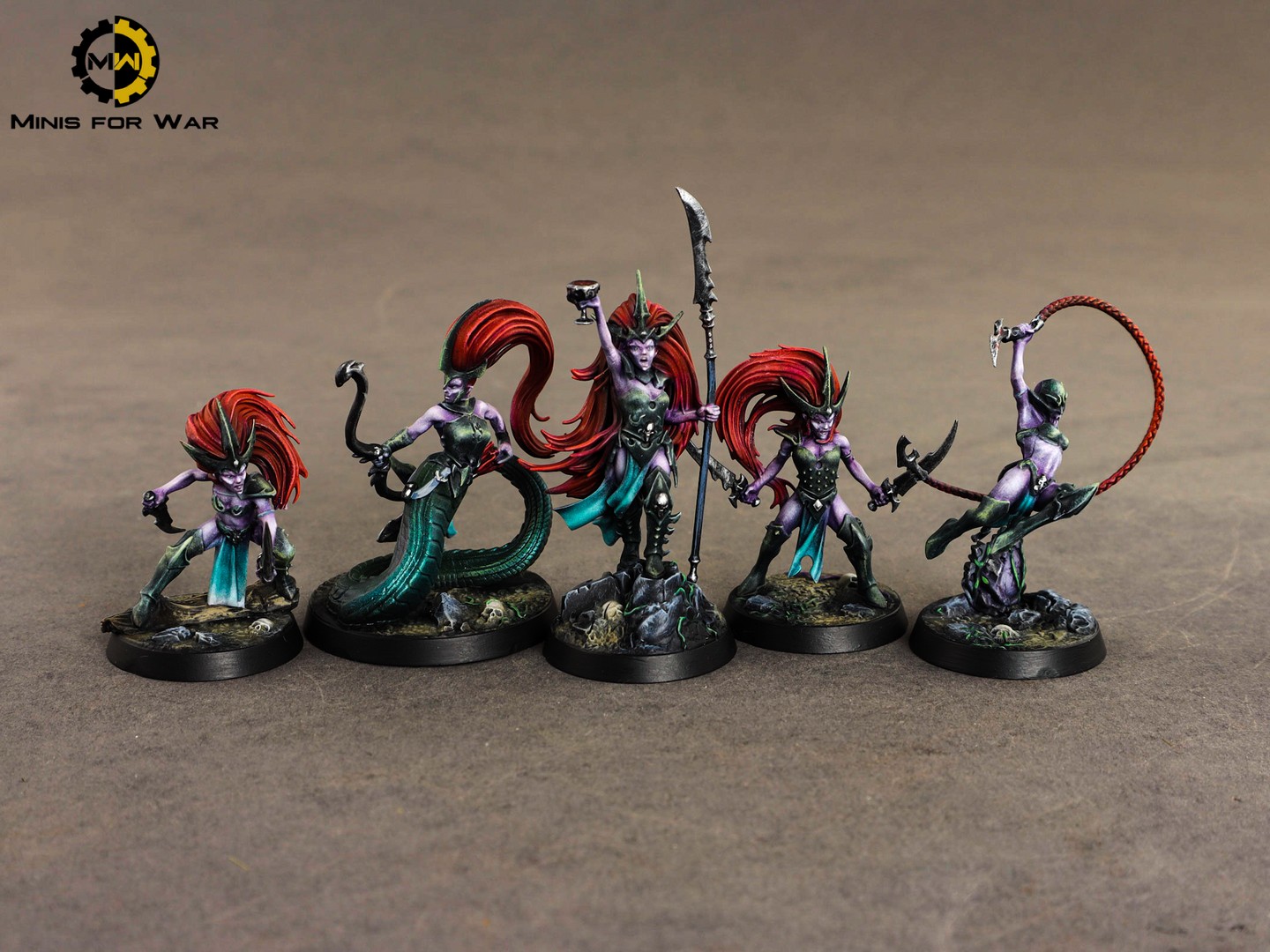 The Hag Queen of the Daughters of Khaine, Morgwaeth the Bloodied, is accompanied by other devoted Morathi supporters. They are an aggressive warband in the game, but not the most potent. 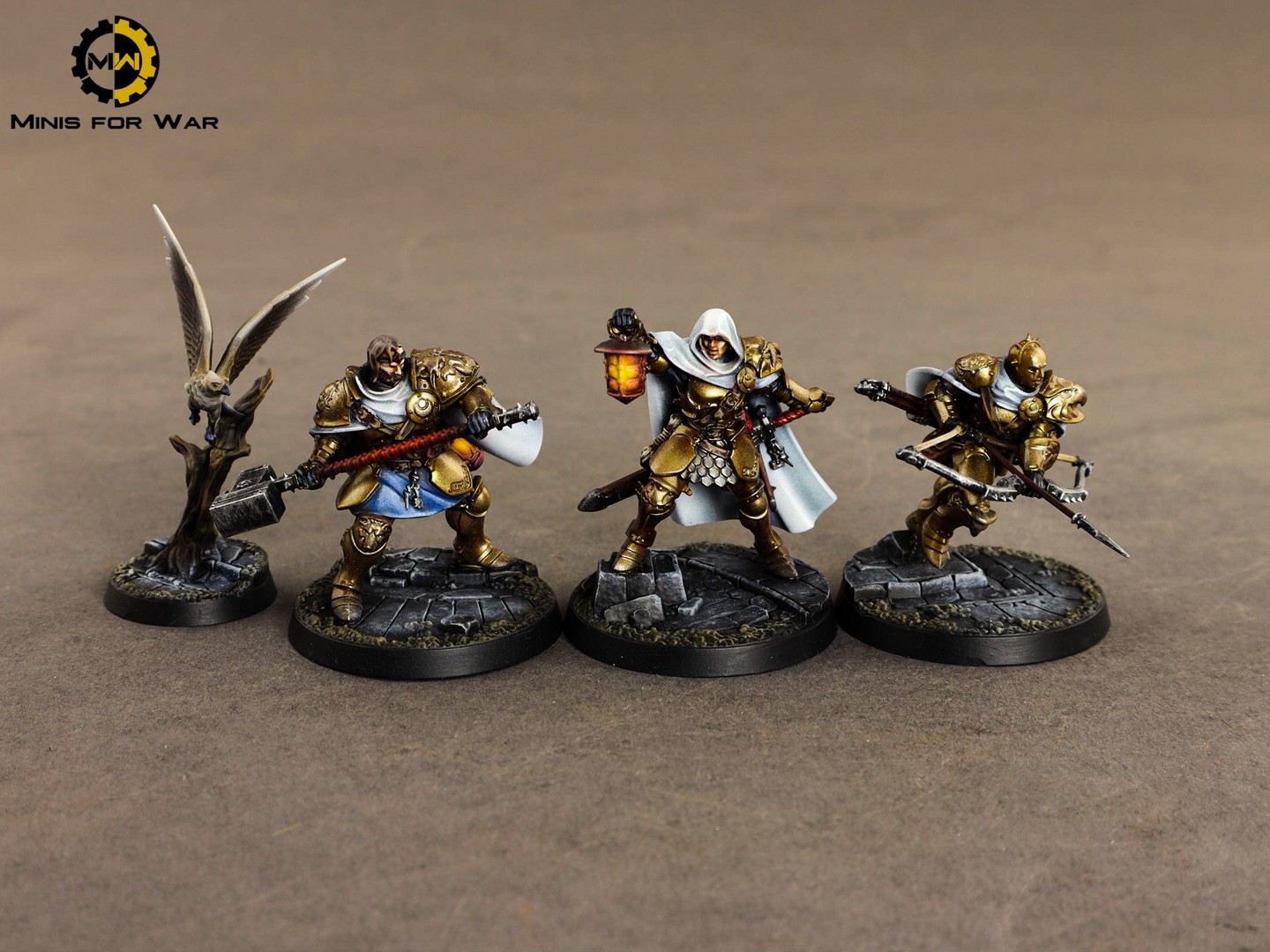 In the name of Sigmar, Calthia Xandire sends out her Truthseekers to enquire into the mysteries of Harrowdeep. Although it is the sixth Stormcast Eternals warband and a member of the Harrowdeep Starter Set, this warband is the first to have the trendy Thunderstrike Armor. They have a punishing inspire mechanic and are simple to learn warband. 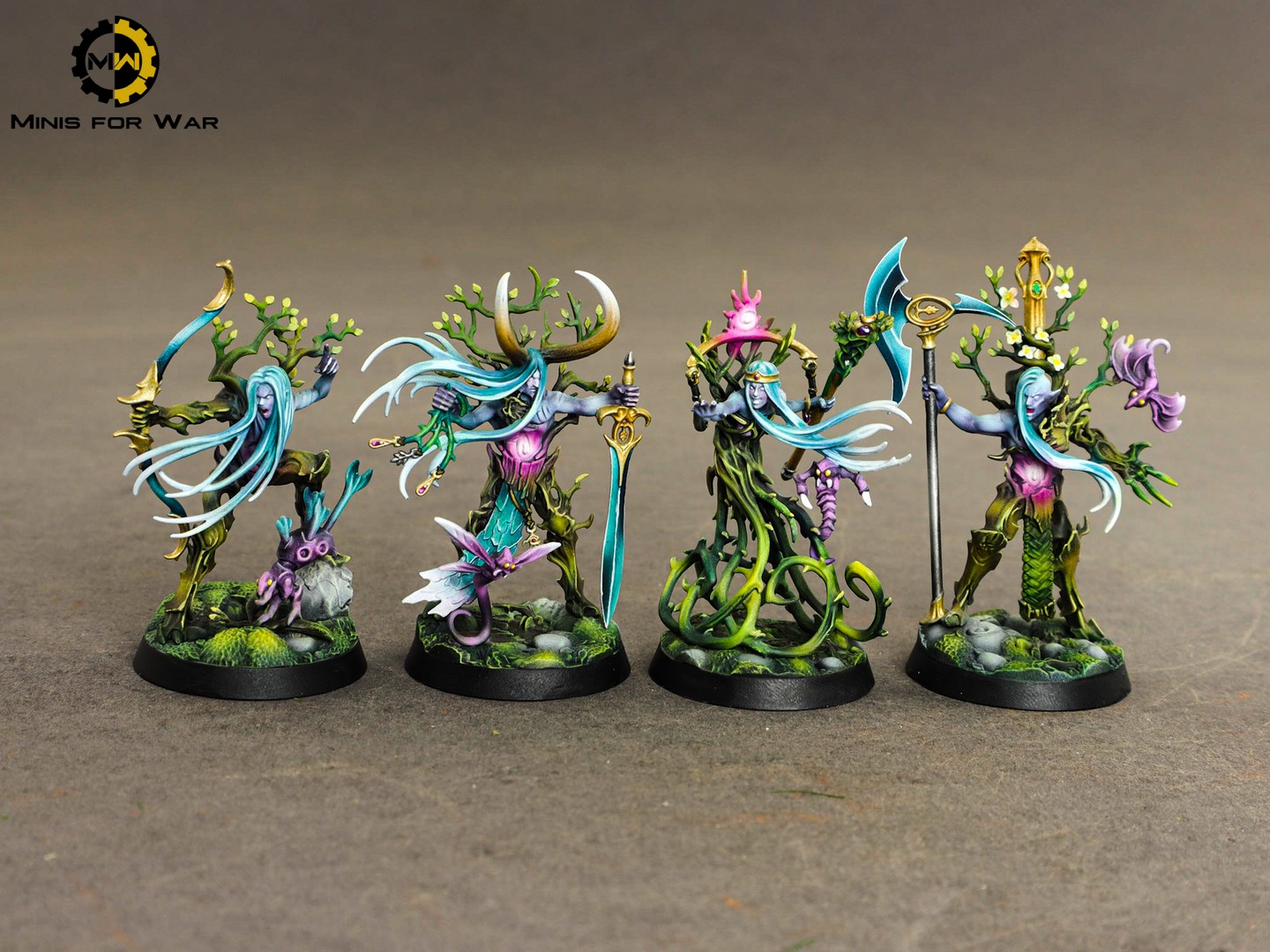 The Sylvaneth army’s Tree-Revenants are heavily focused on magic and healing, and they’re led by their captain, Ylthari. They are a versatile warband as a result, despite being challenging for beginners to operate. 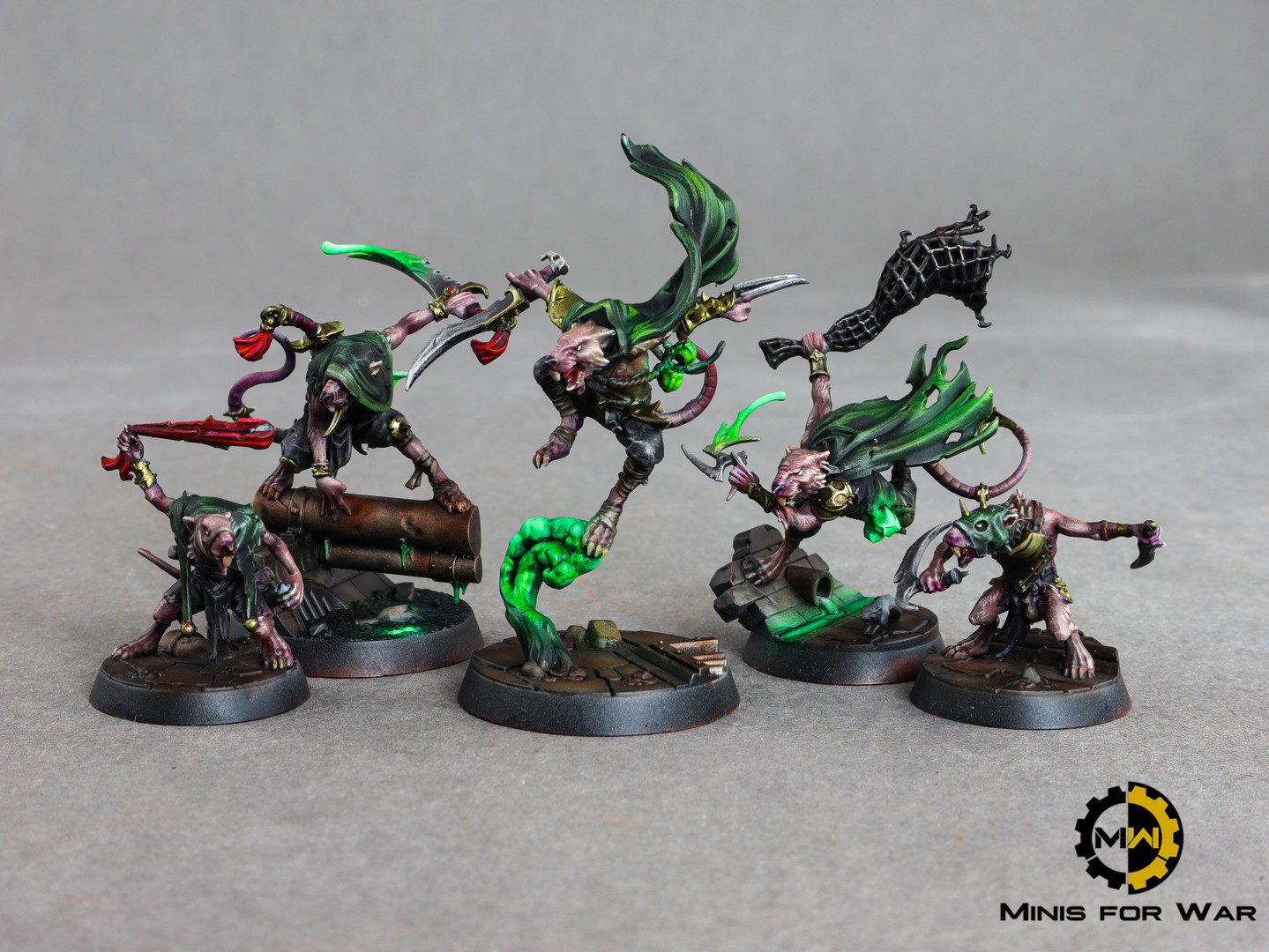 Stikkershank and his Clawpack are a band of Clans Eshin Skaven stalking the Nethermaze in search of their next prey. They are a swift aggro warband that aims to take out the opponent commander as soon as they can. Although this is the most typical inspiring condition, Skittershank and Padpaw only need 4 wound counters on a leader to inspire, and the others can do the same by just assaulting a leader in addition. Their movement 5 and ability to stun or trap foes is great for guaranteeing you choose your targets. 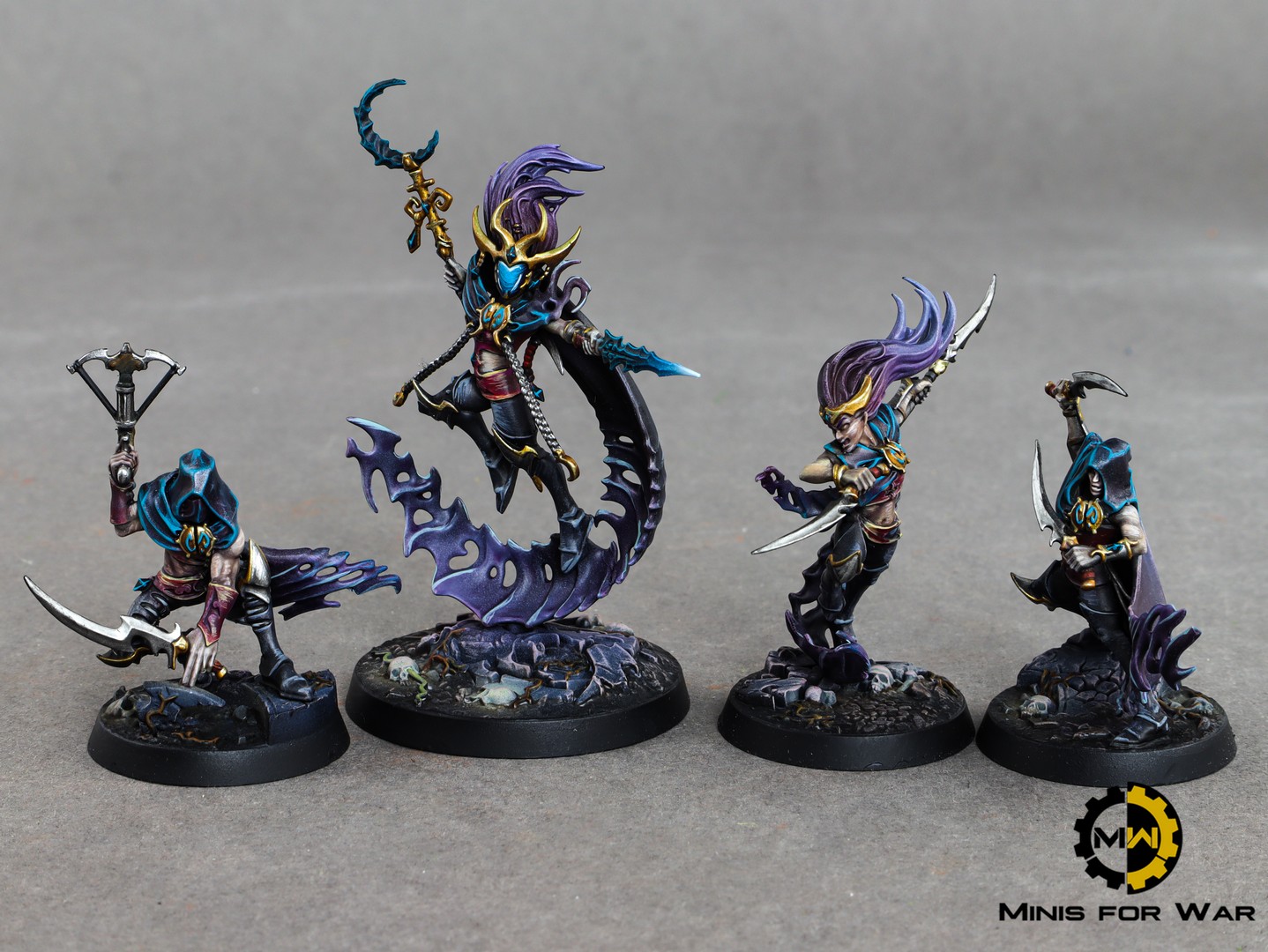 The Shadeborn are aelven assassins Morathi hired to carry out her missions in secret. They are a component of the Nethermaze beginning set, that war released mid-season They play the game like actual assassins, stalking their targets from the shadows. They can teleport on any other edge or cover tile as long as they are not on a starting hex using their Shadow Ambush ability (making it challenging to pull off in round 1). Their inspiration rule can also be challenging as it requires to attack previously wounded fighters and against low-wounds warbands they would struggle to inspire. And because their inspiration strengthens their defense, it is crucial for their survival.