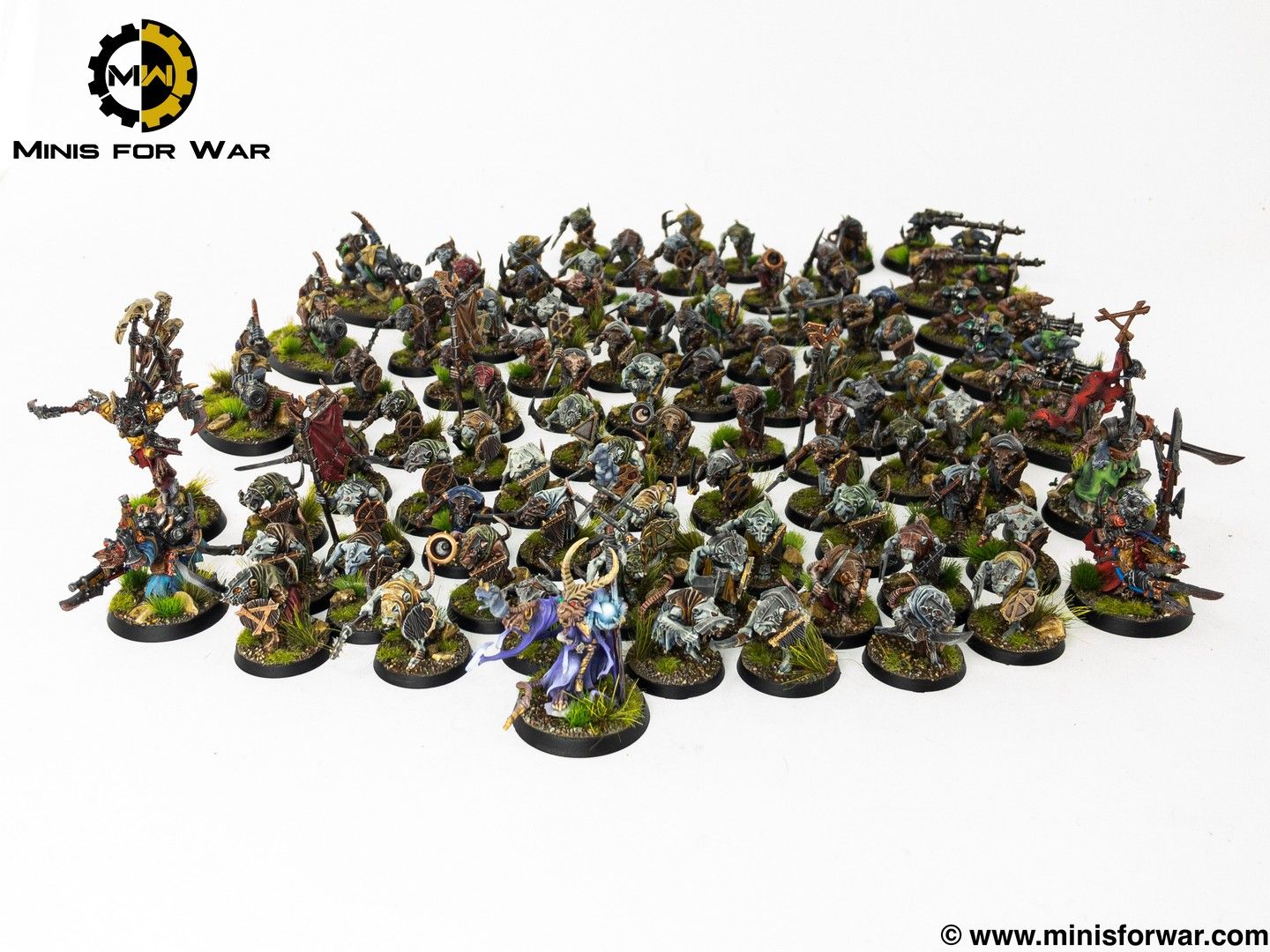 Skaven, also known as Ratmen, the Ratkin or the Children of the Horned Rat are a diabolical race of large humanoid rat-creatures, whose numbers can drown out the horizon line. Their dark influence is spread across the Old and New World alike. But even then, with a race that is so expansive and dominant gnawing at the roots of the world, there is disturbing lack of knowledge about the Skavens. Imperial and Dwarf scholars know very little about true origins of those vile creatures. Would you be brave enough to uncover their darkest secrets?

I think the army looks just great, very happy with final effects. Painted using mostly different shades of browns, greys and reds. Some vivid colors were added hero and elite models, to make them stand out from tons and tons of other units. On the photos you will find: Clanrats, Grey Seer, Clawlords, warlock engineers, Ratling guns, Wrapfire throwers, Warplock Jezzails and more! Stay tuned for more AoS projects! 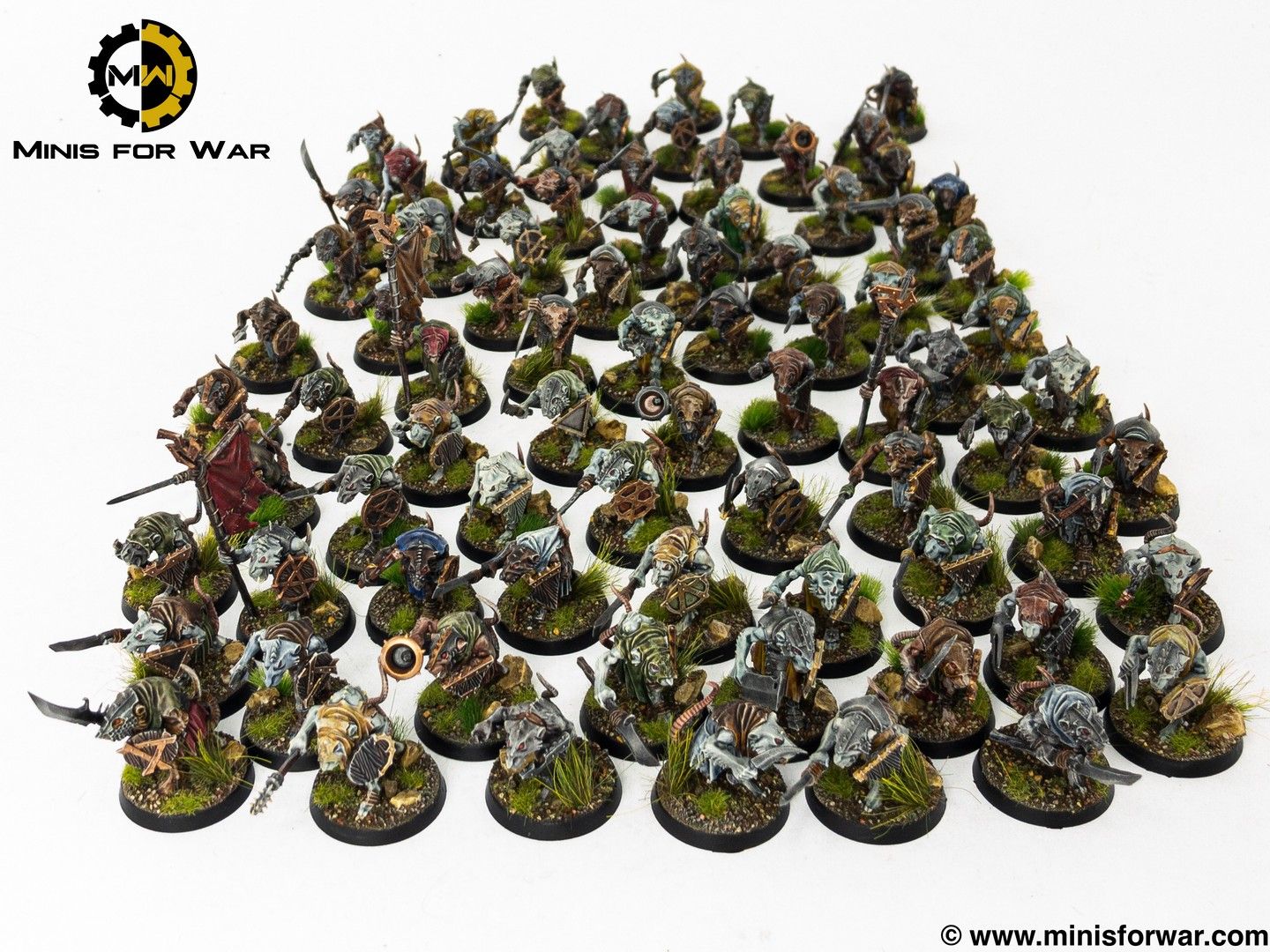 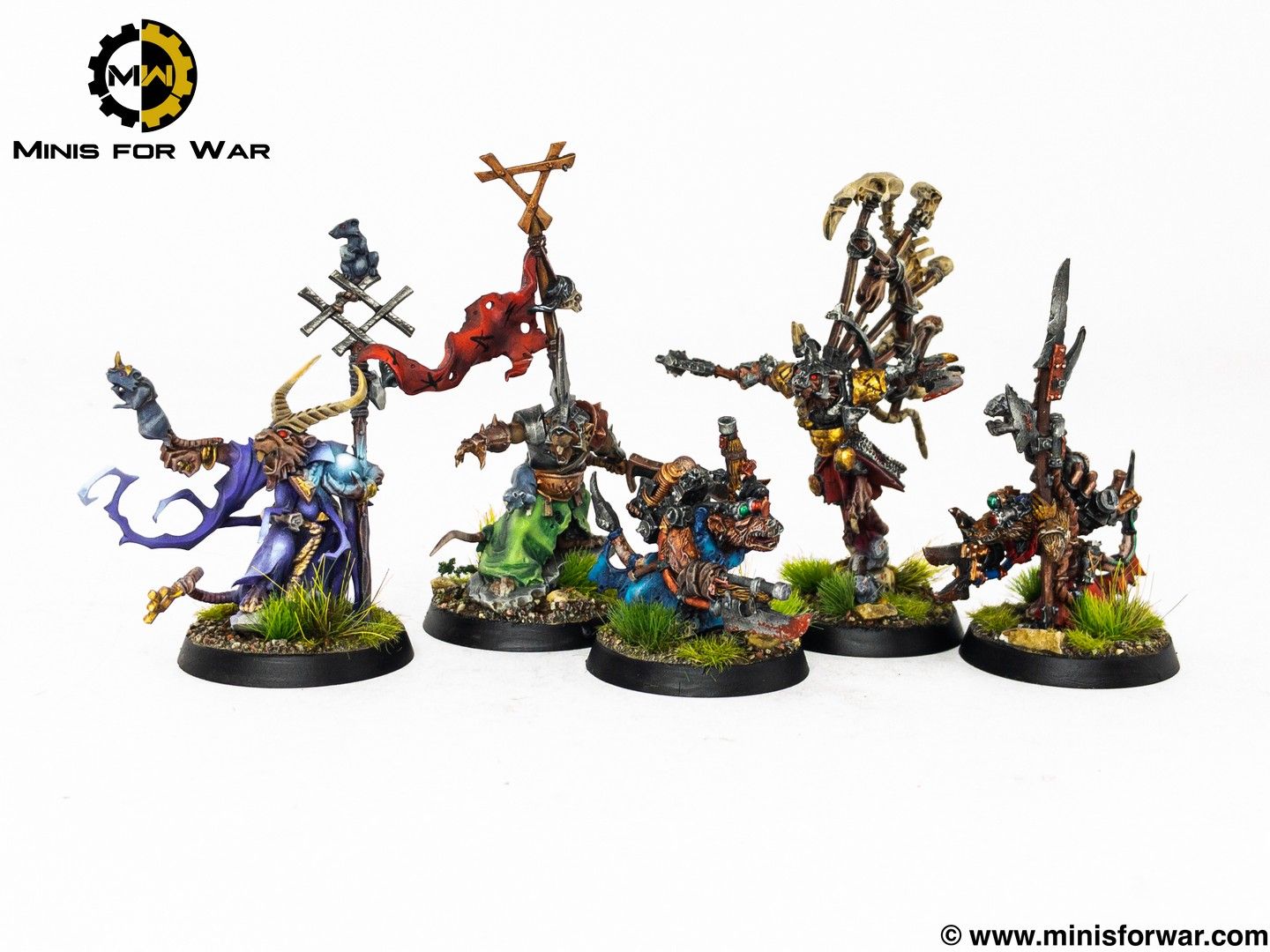 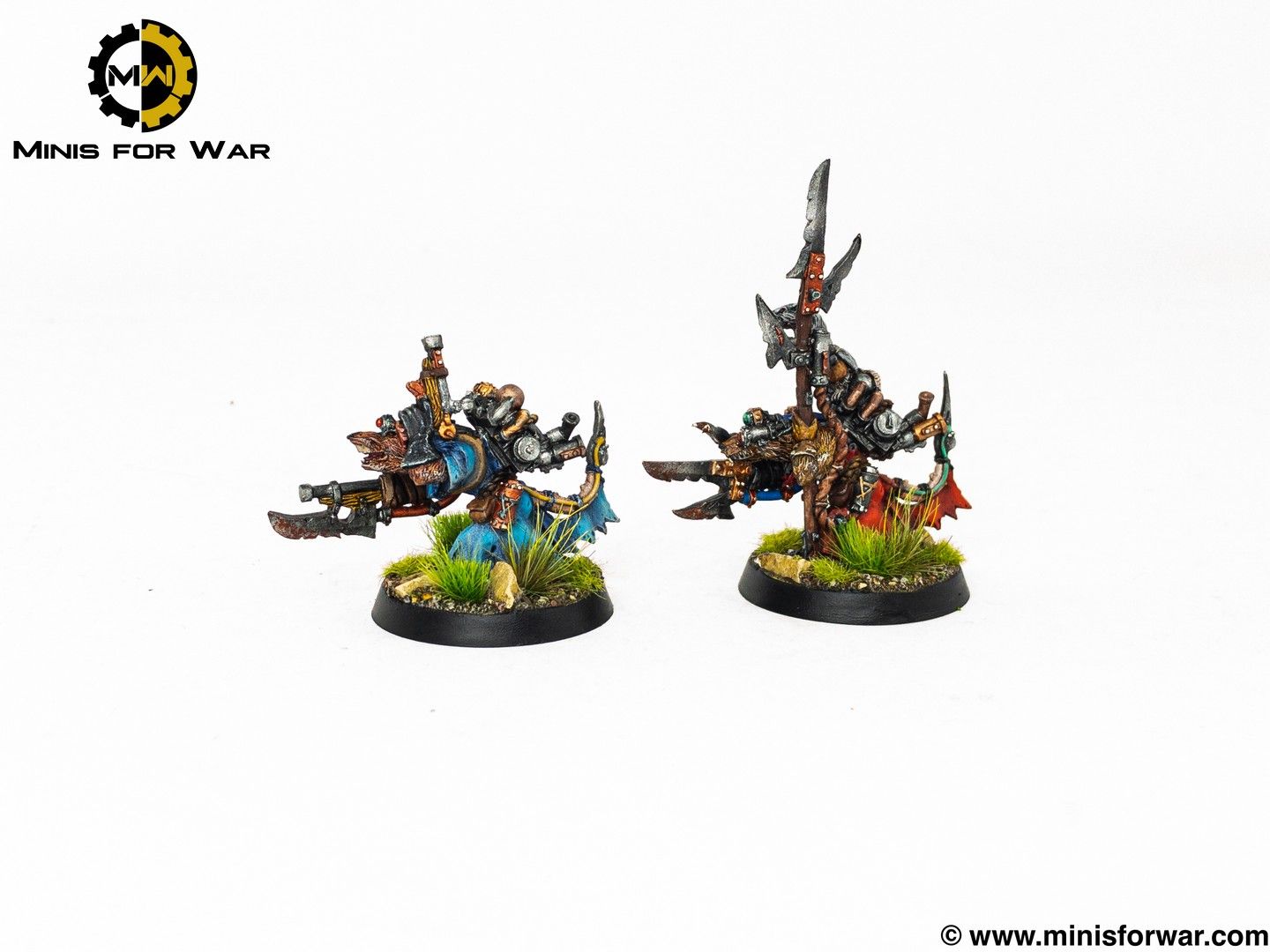 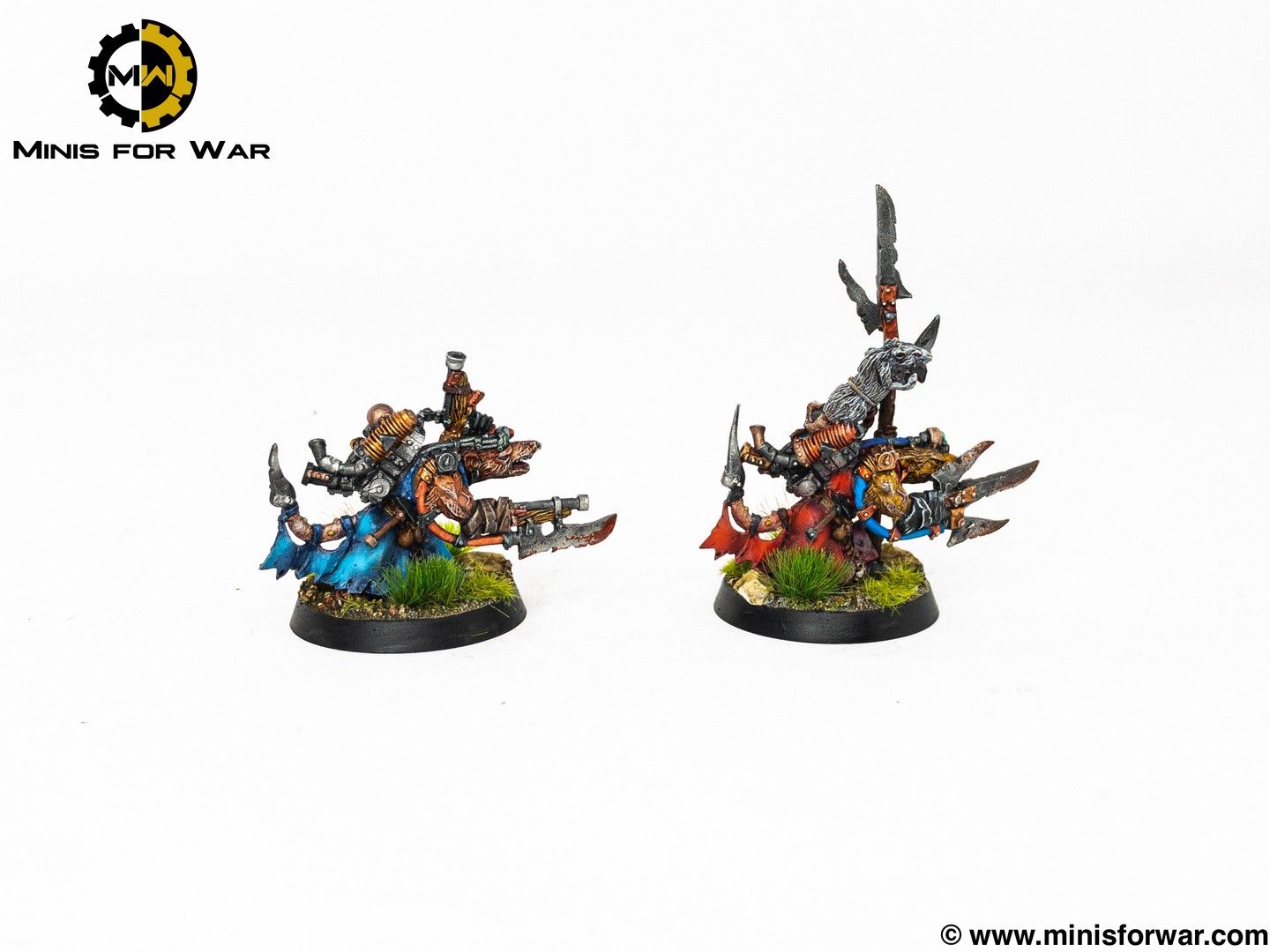 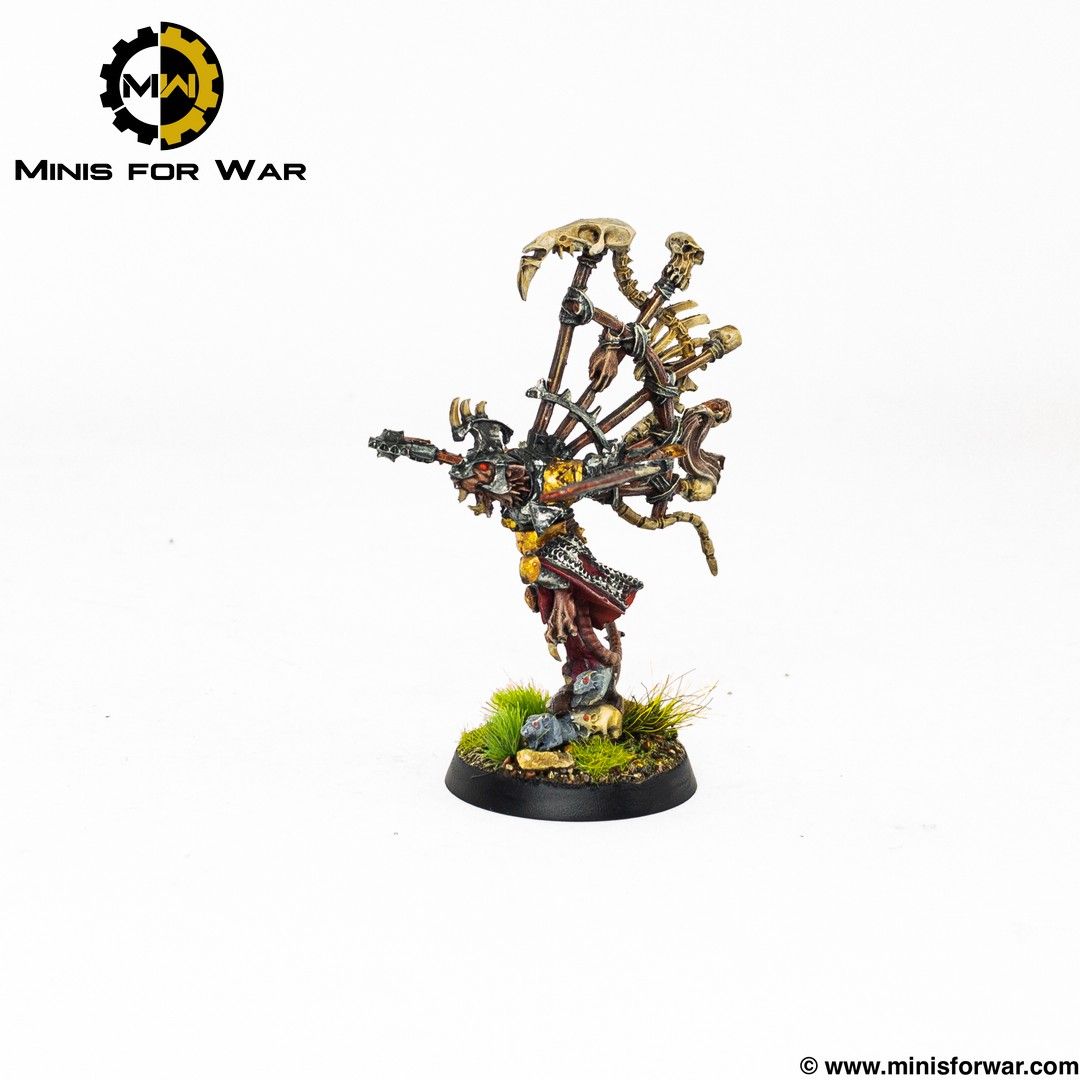 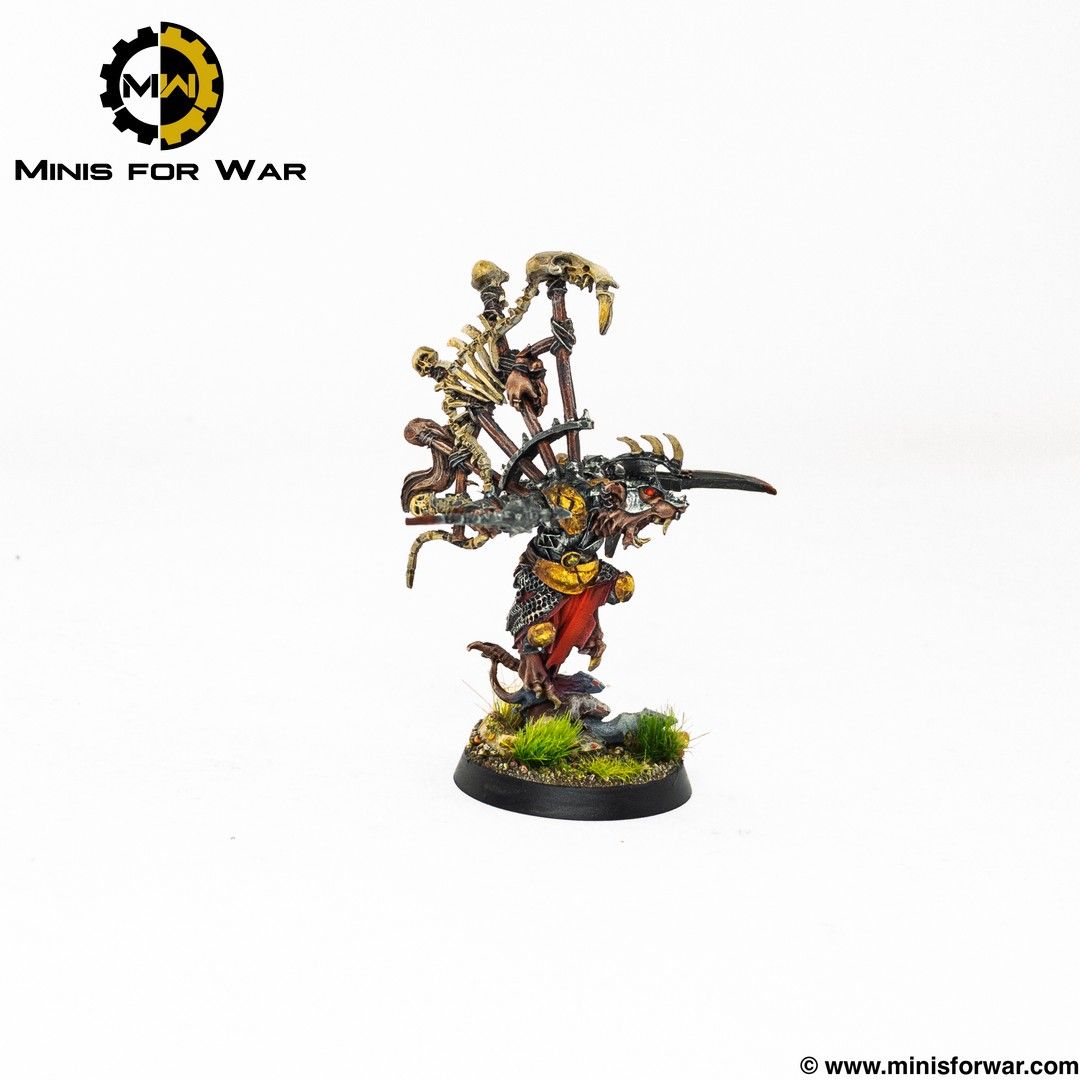 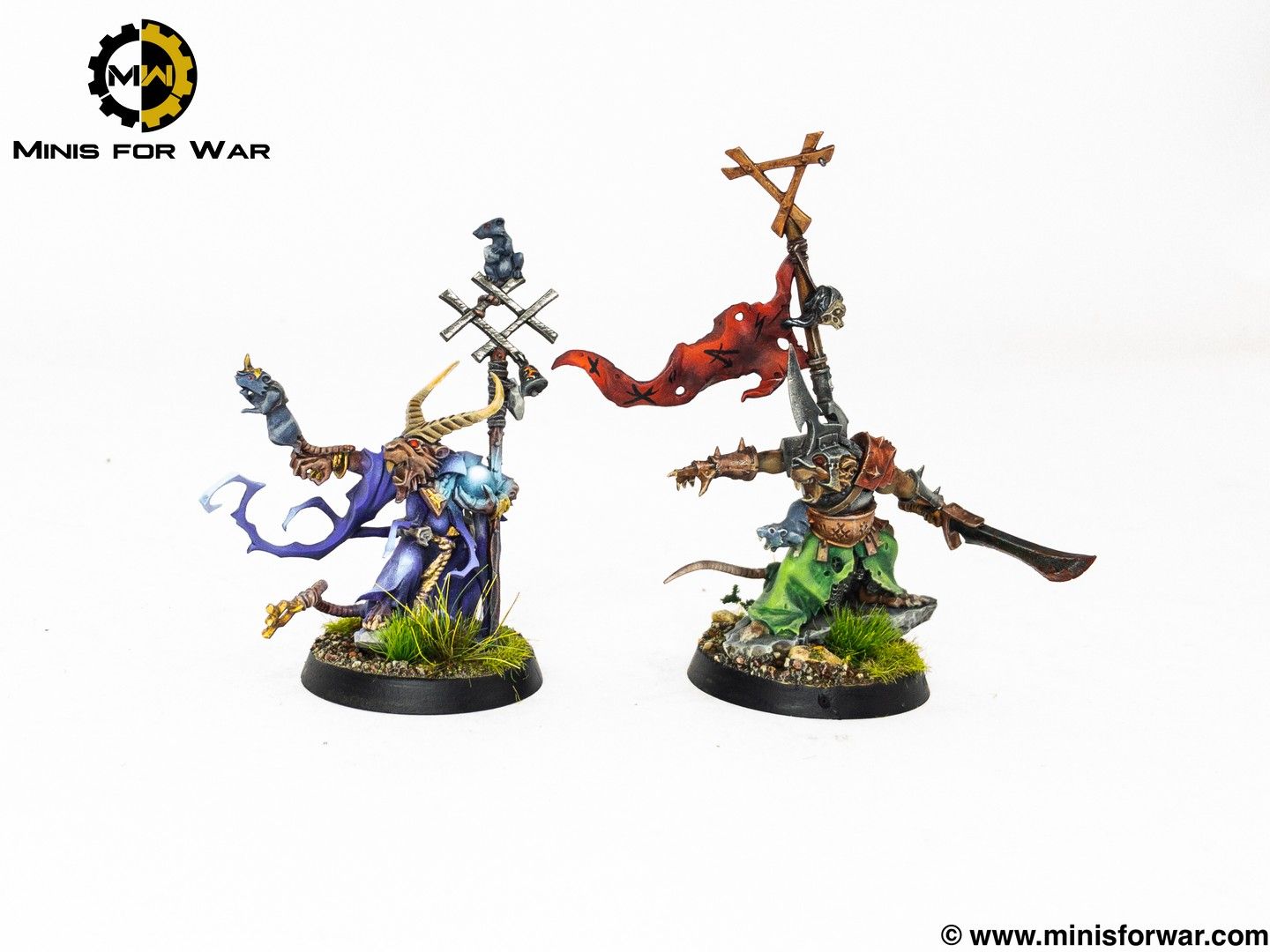 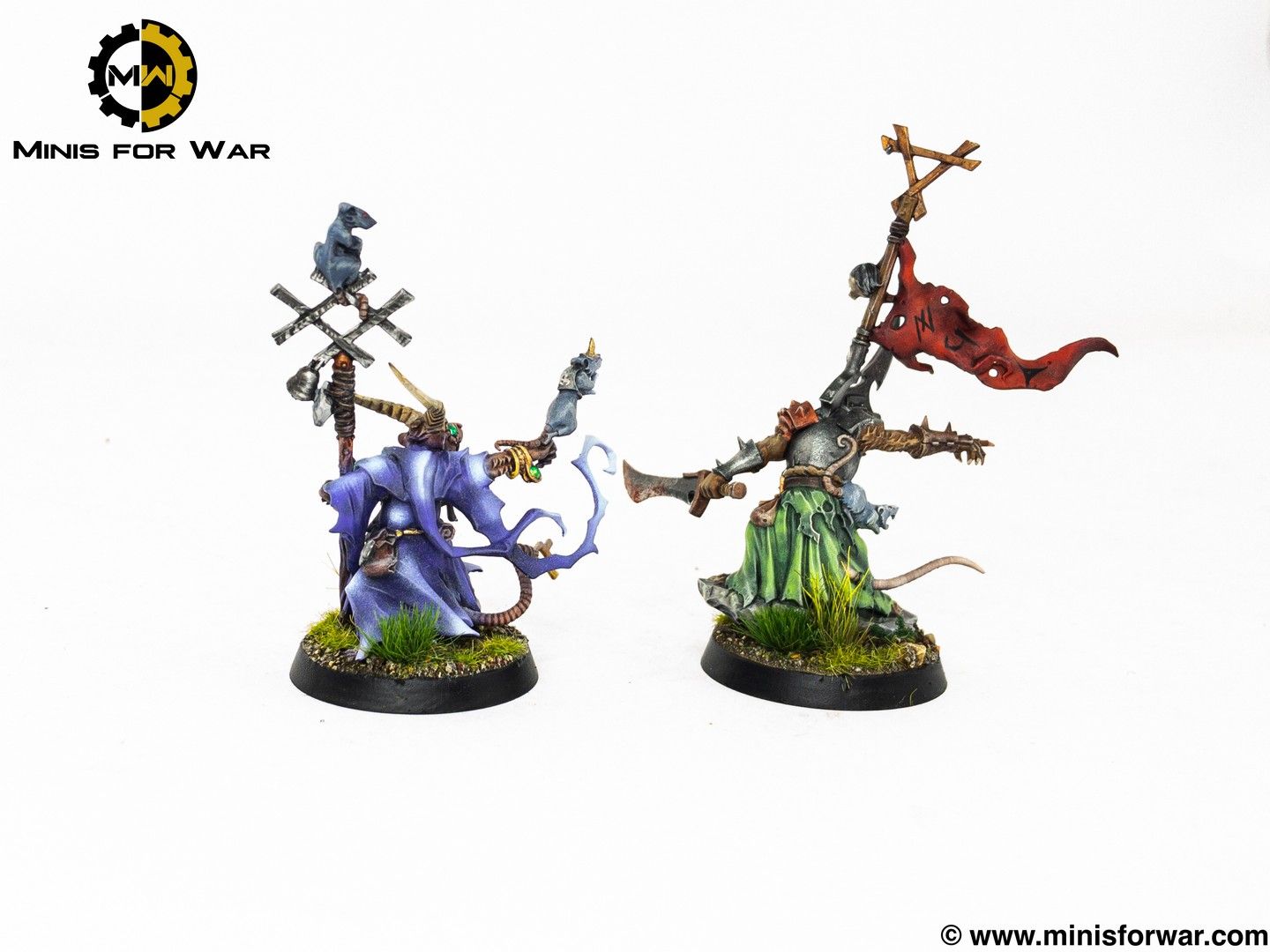 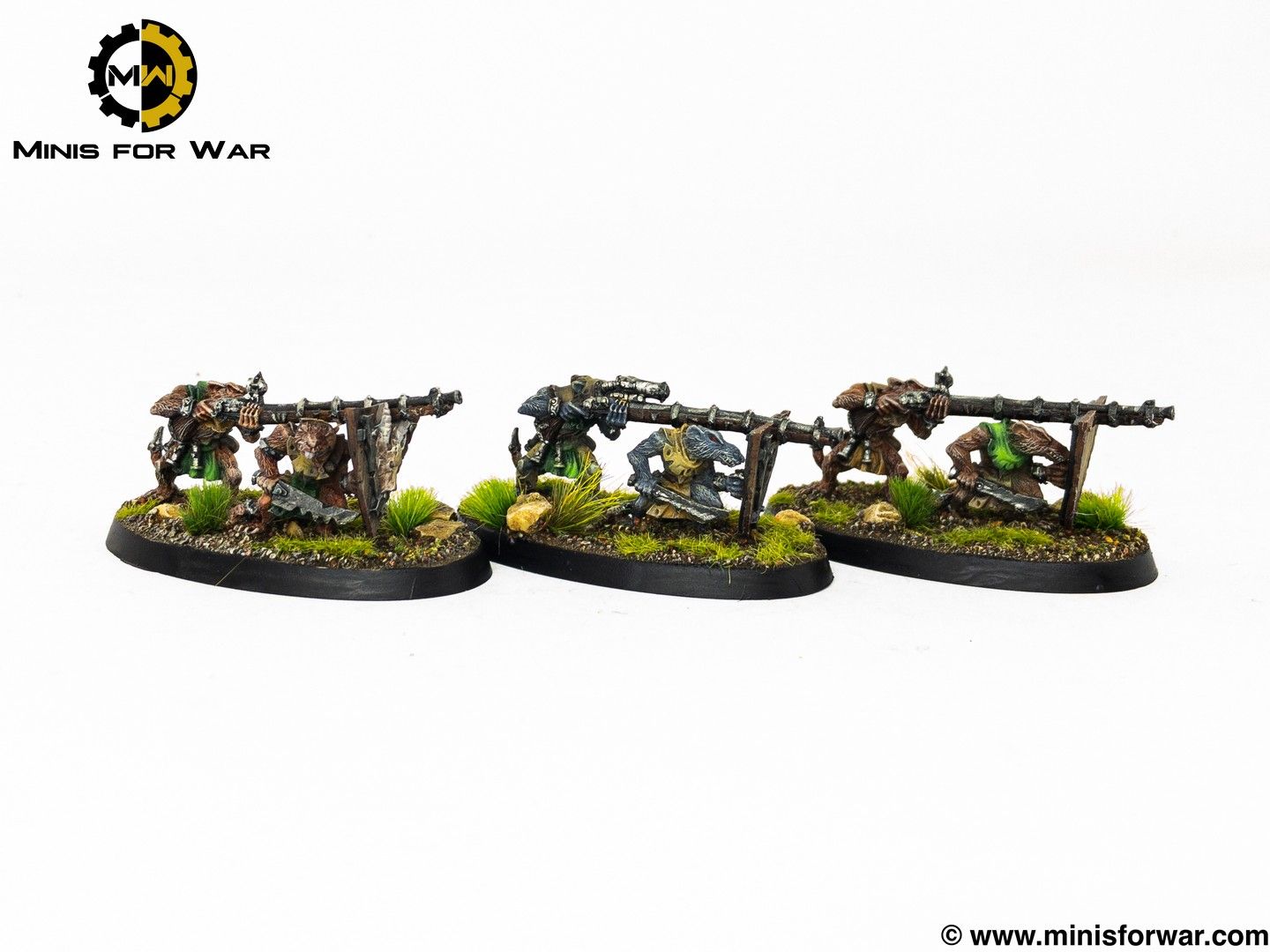 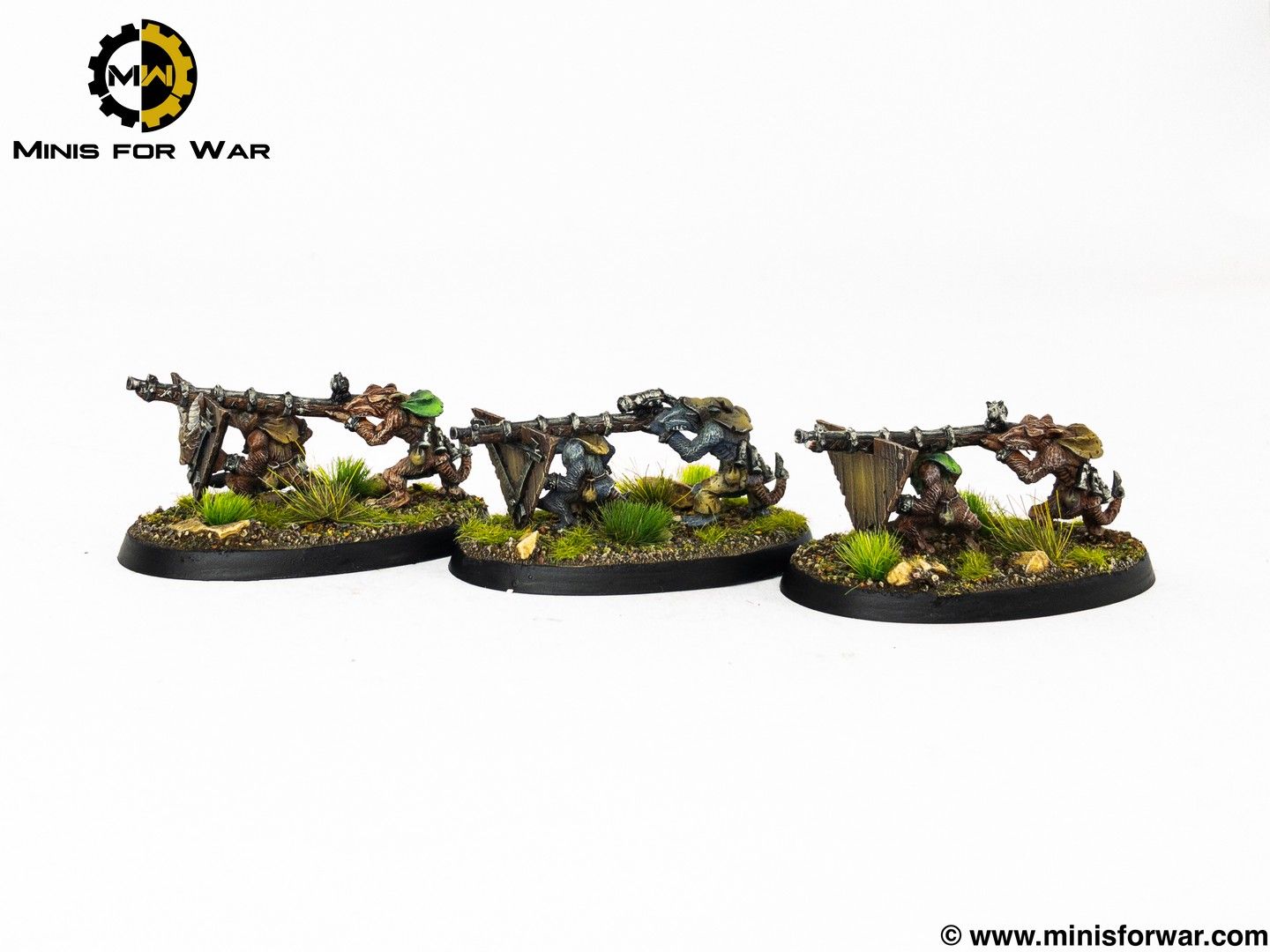 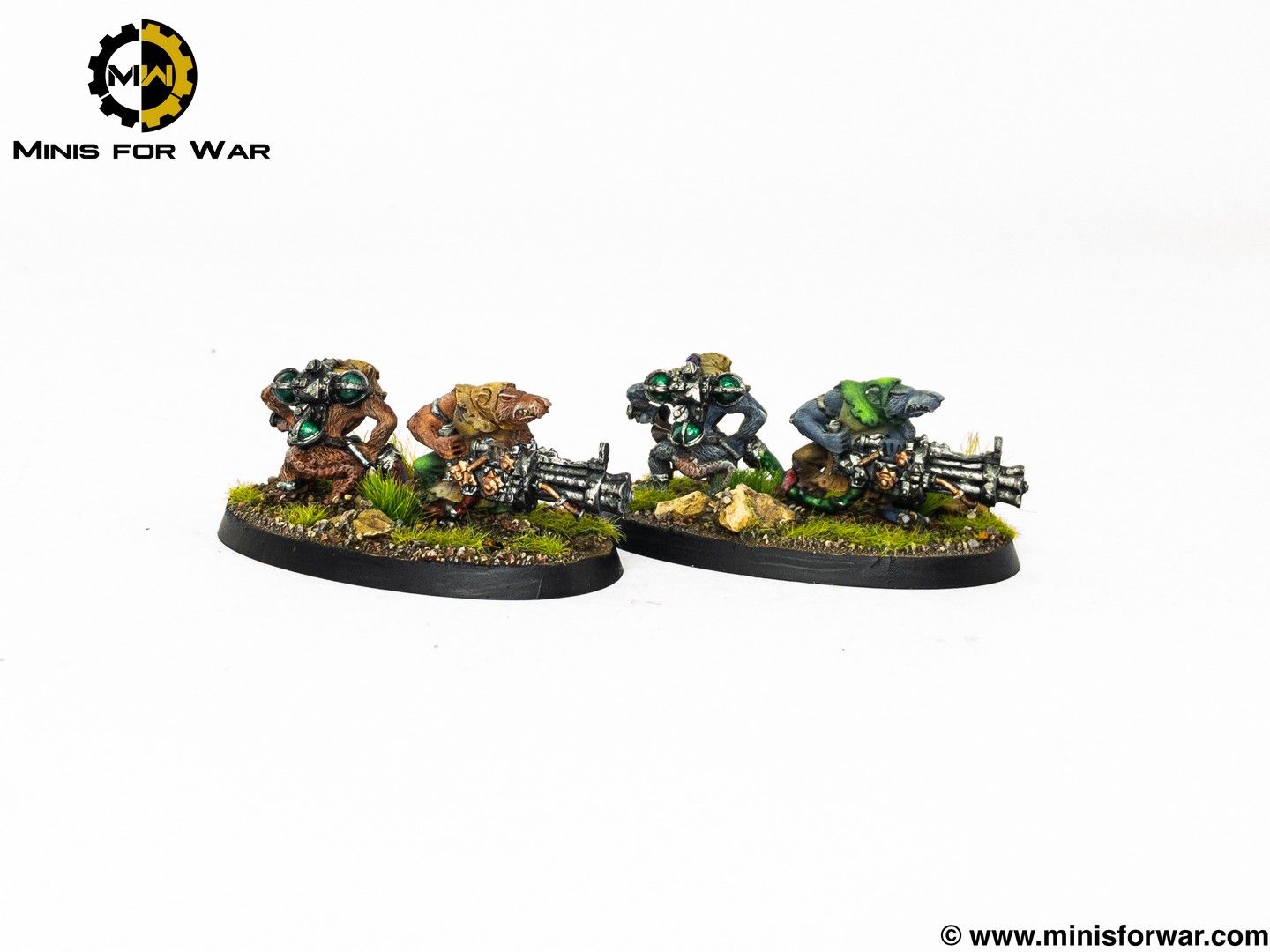 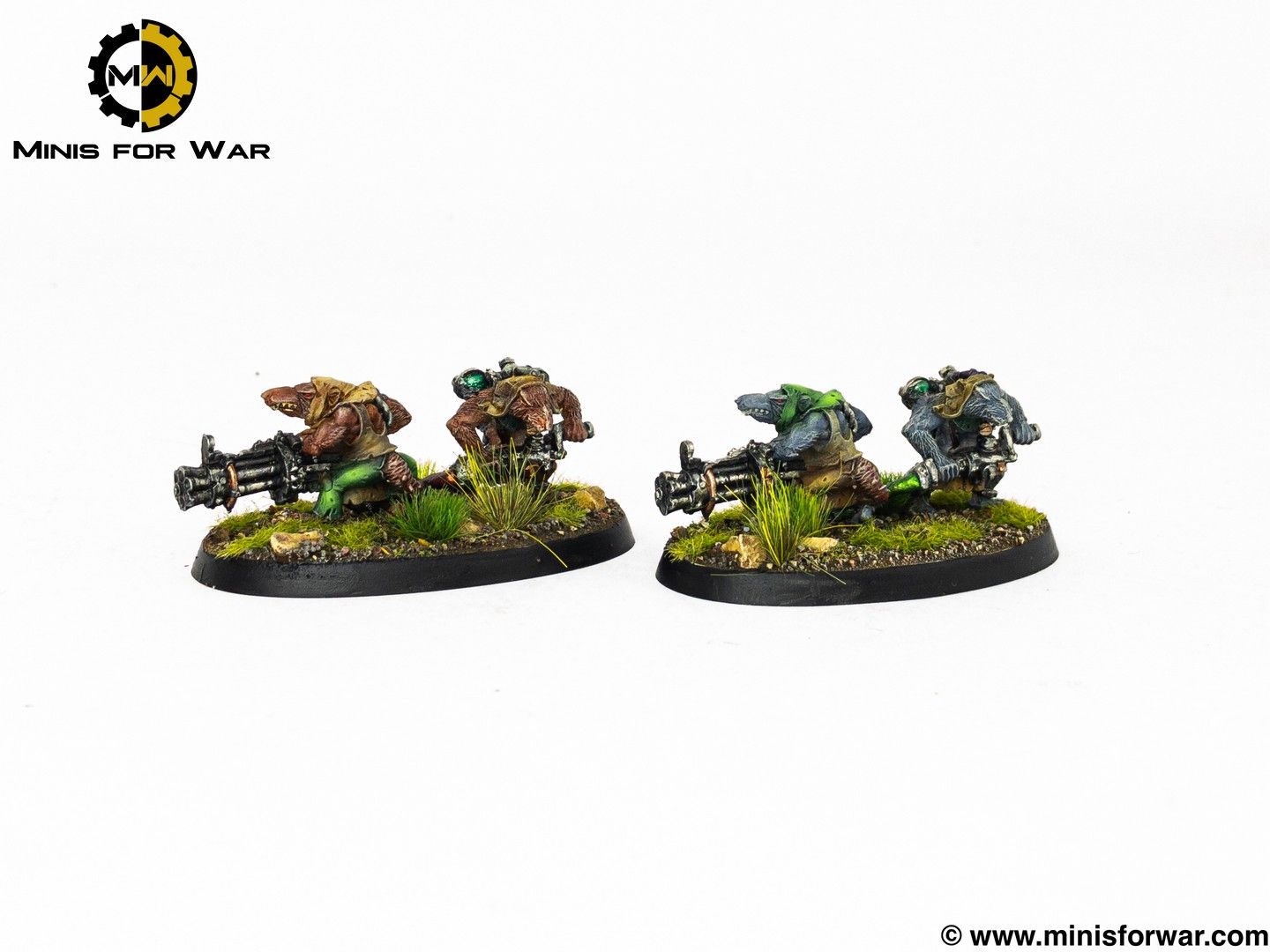 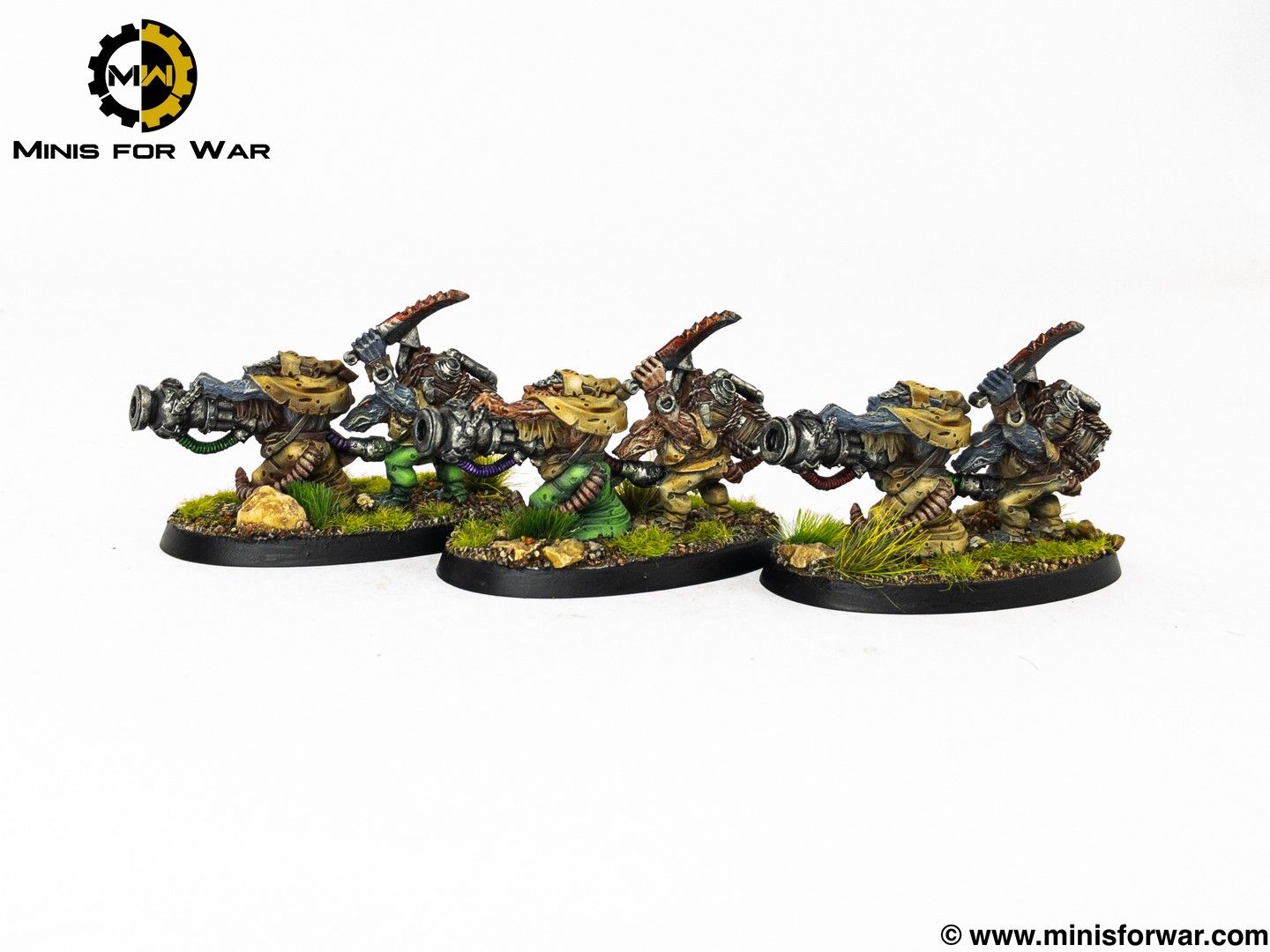 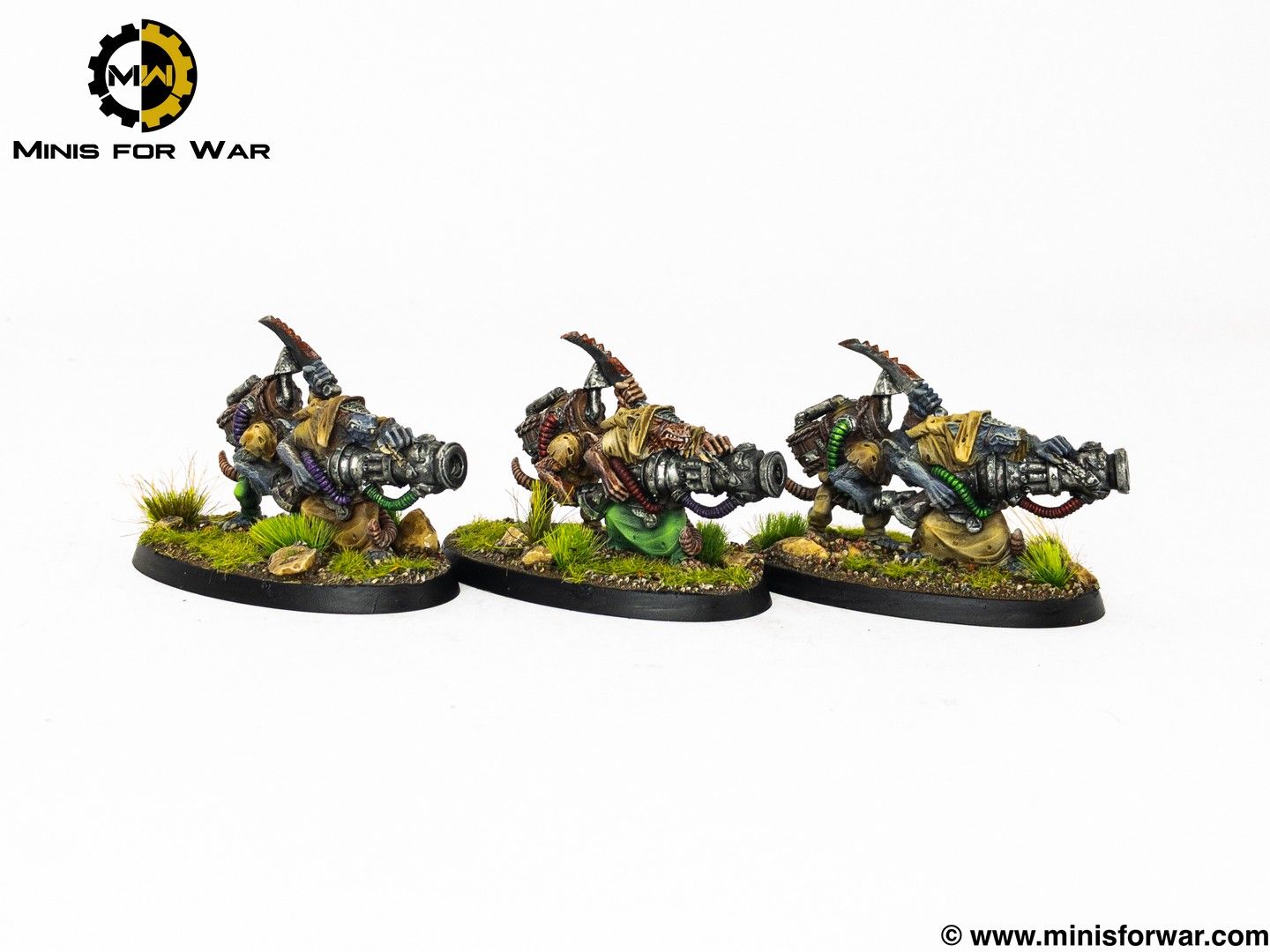 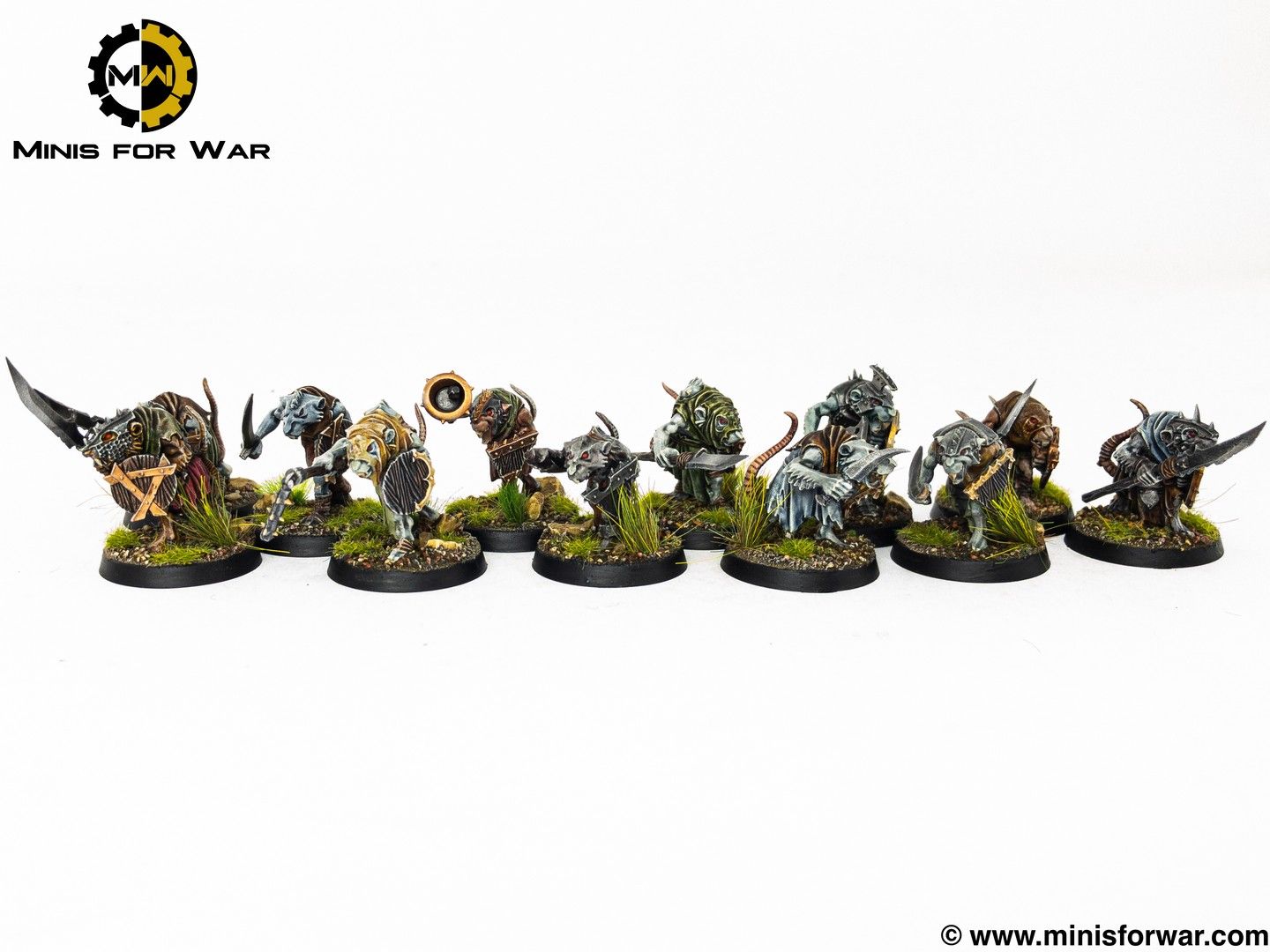