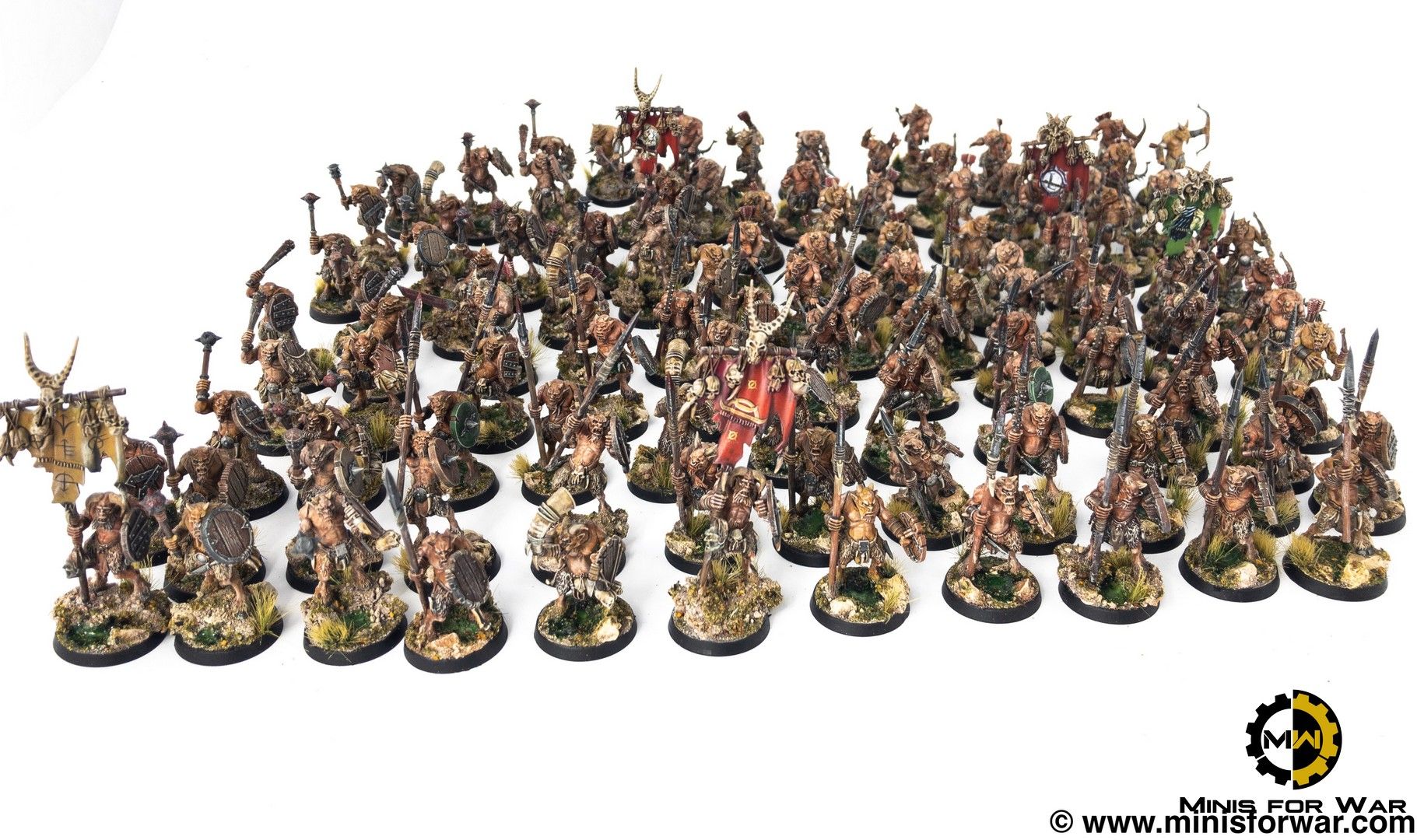 “You may have felled the trees. You may have built a wall. But these are the blood-grounds of the Beastmen. They will not rest until your homes are ground beneath their hooves and your chewed flesh is rotting in their guts.”

Another entry (probably last one for a while :D) dedicated to Beastmen army.

The origin of the Beastmen is not fully known, but it is believed that once they were humans. Subjected to the power of Chaos, shortly after its appearance in the Old World. These humanoids retain some of the human characteristics, but with their hooves, horns, and hair, they look more like beasts. We know very little about those creatures as most of their time, they would spend hiding in forests, only emerge to organize cyclical raids on human settlements.

Usually Gor Herd armies are very numerous and this one is no exception. Miniatures I am most proud with will be the banners. Really satisfied with freehands, we were able to achieve on them. The army is very coherent and eye-pleasing, I bet it will be grabbing a lot of attention on the battleground. 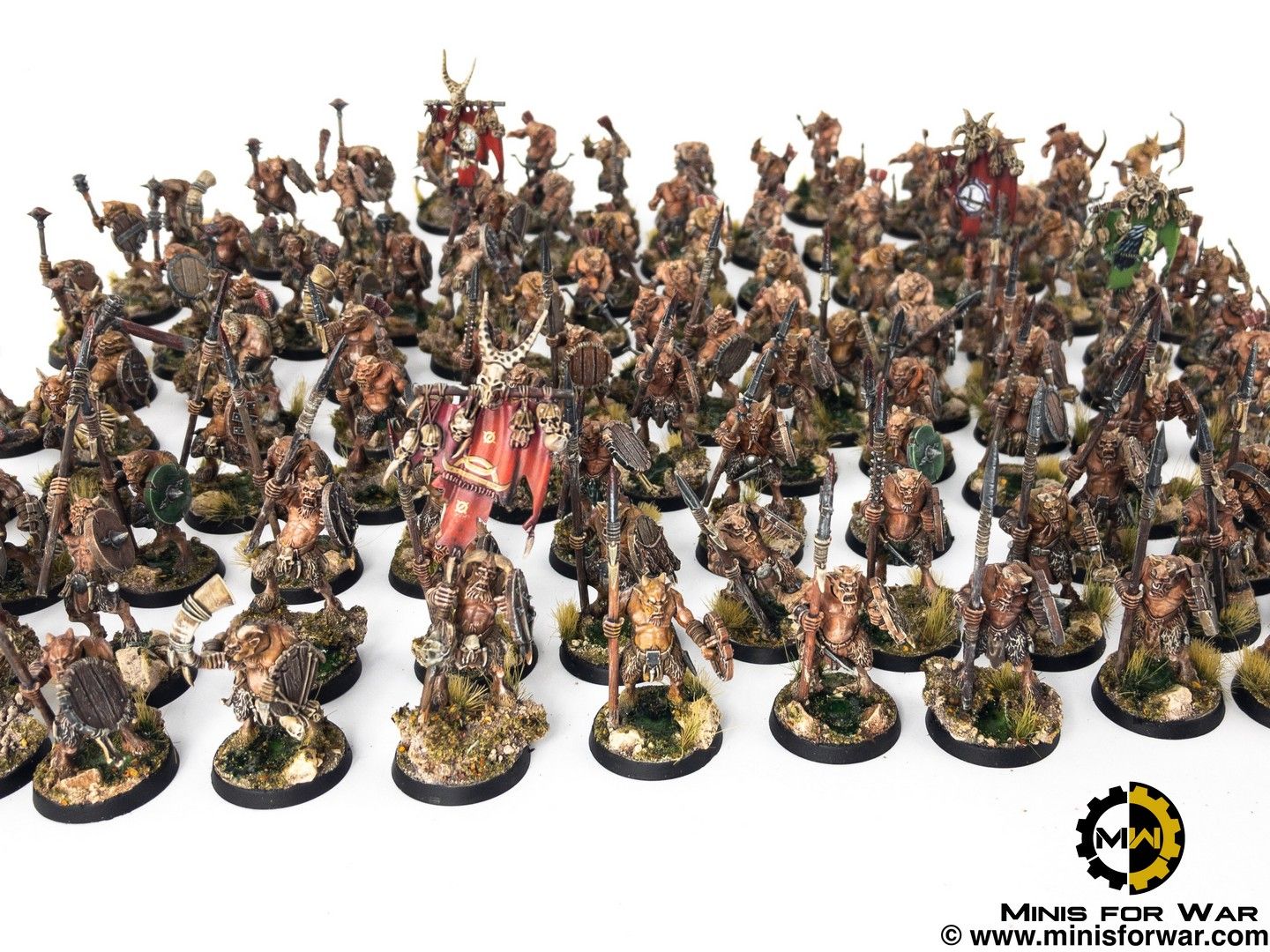 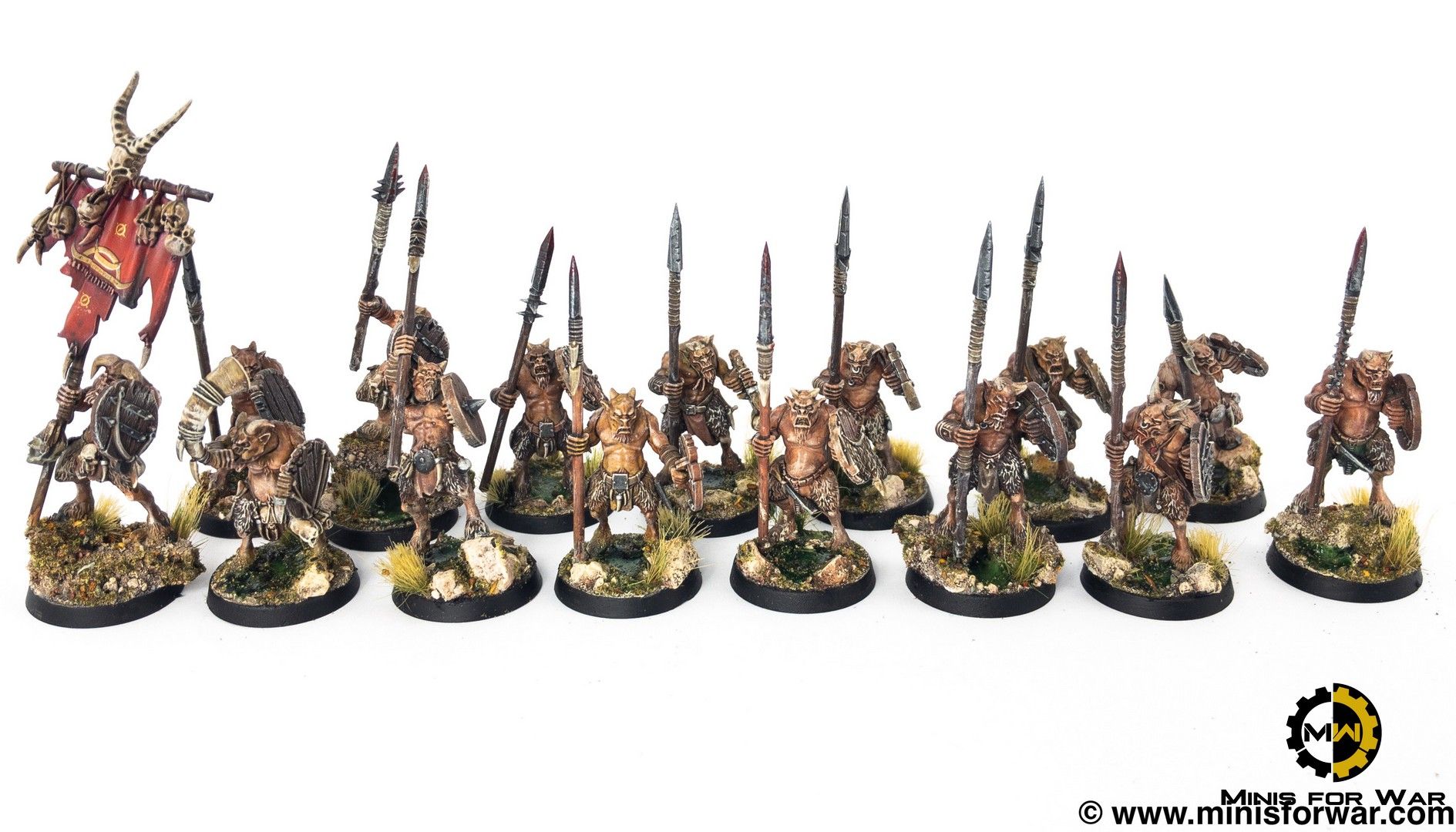 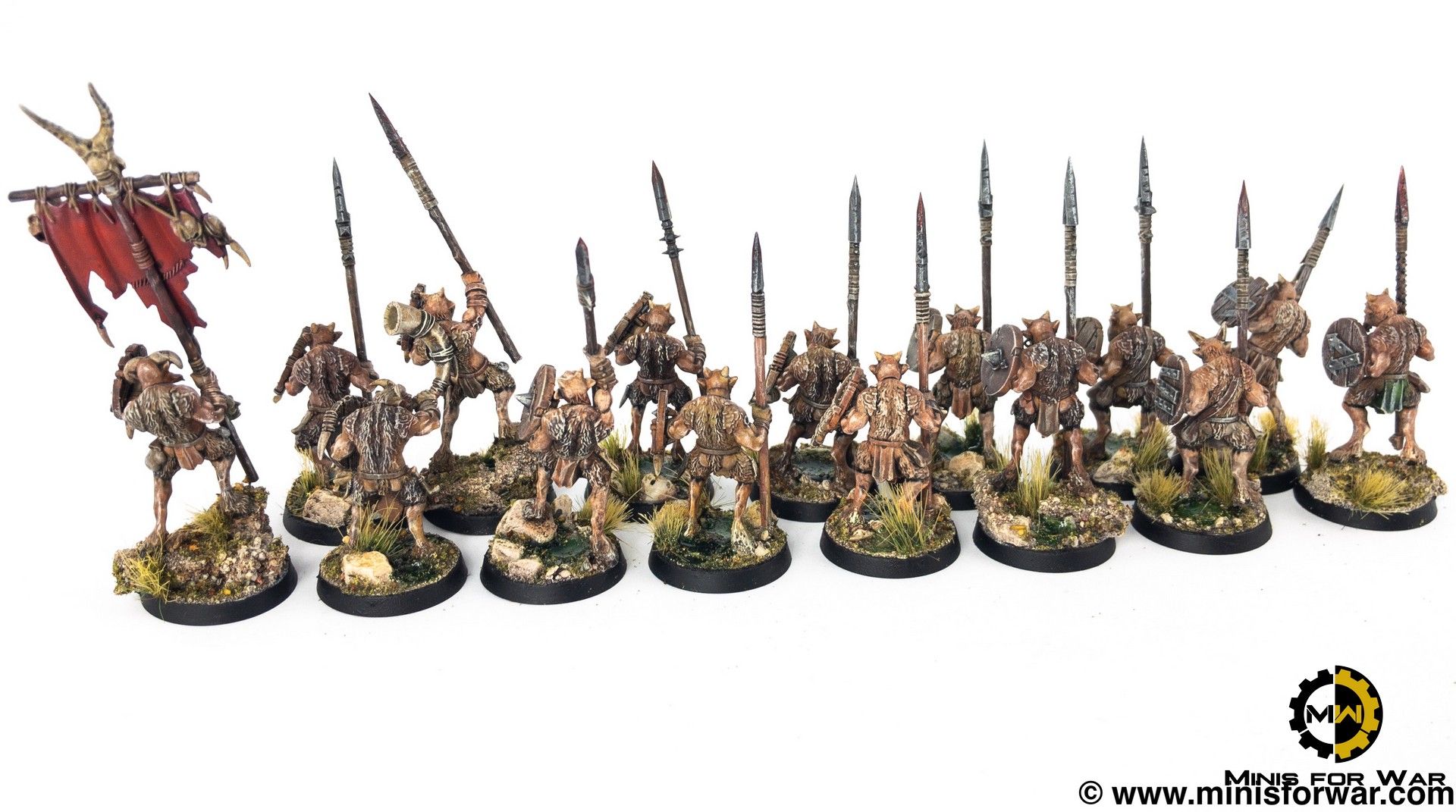 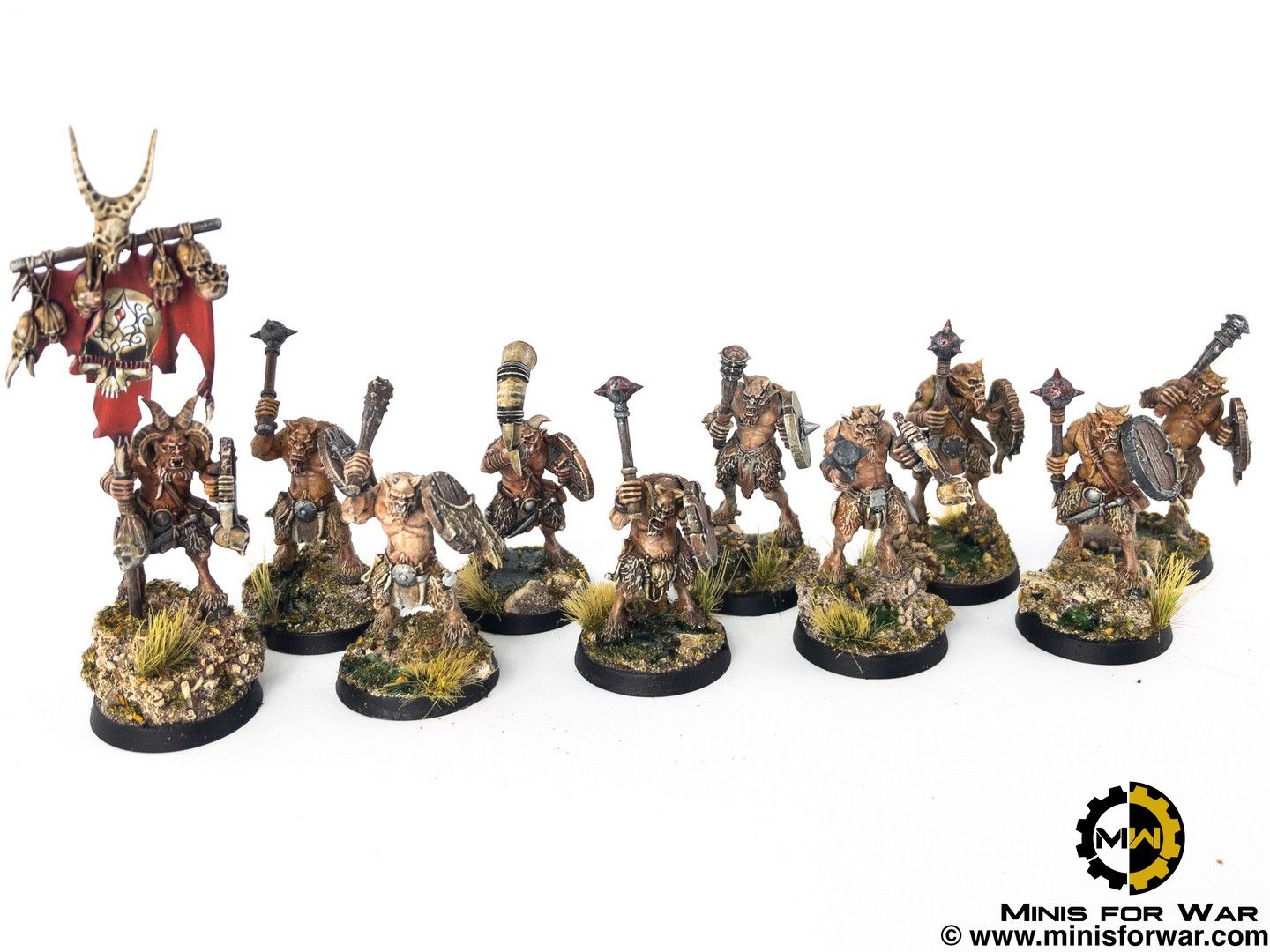 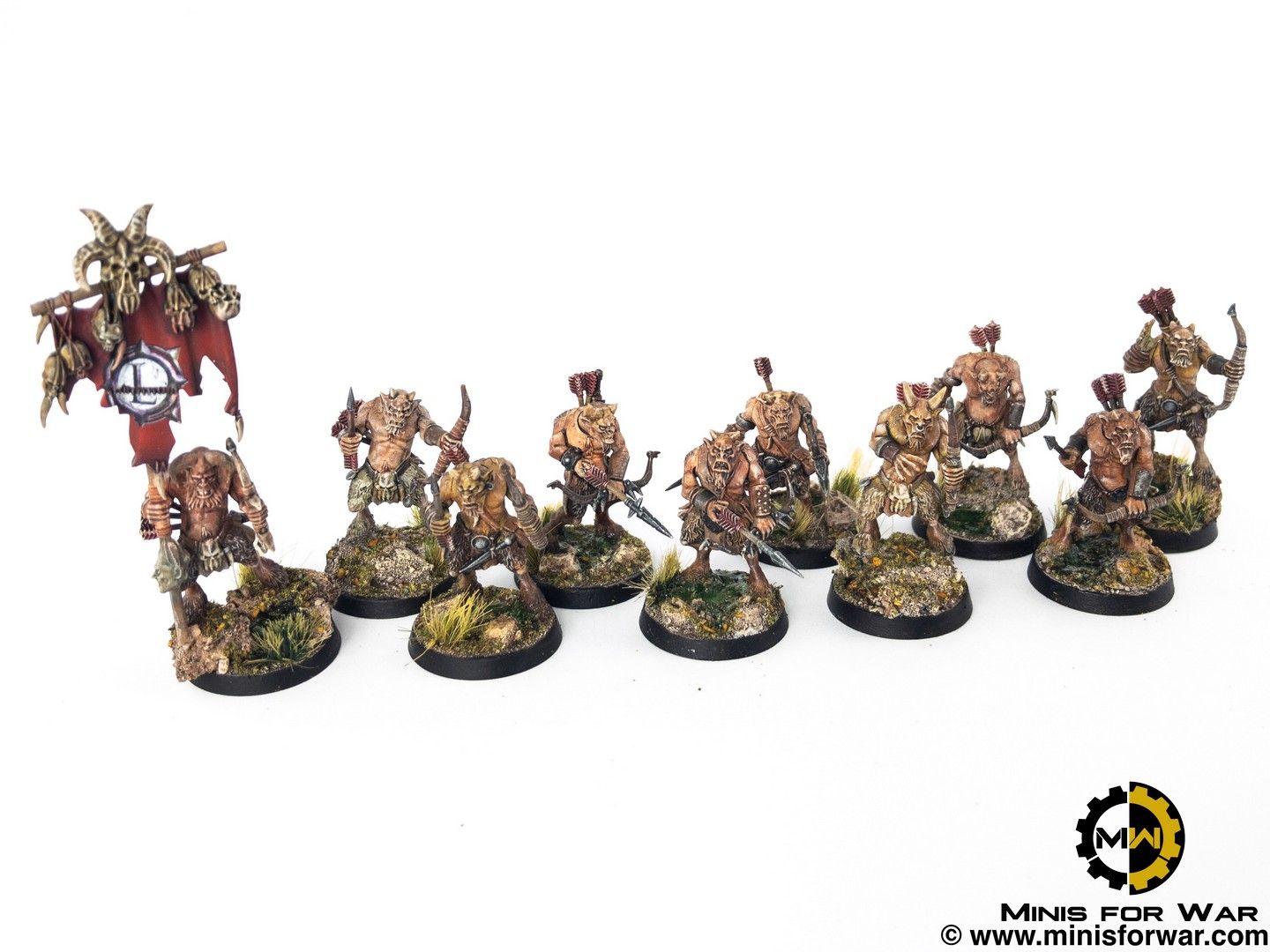