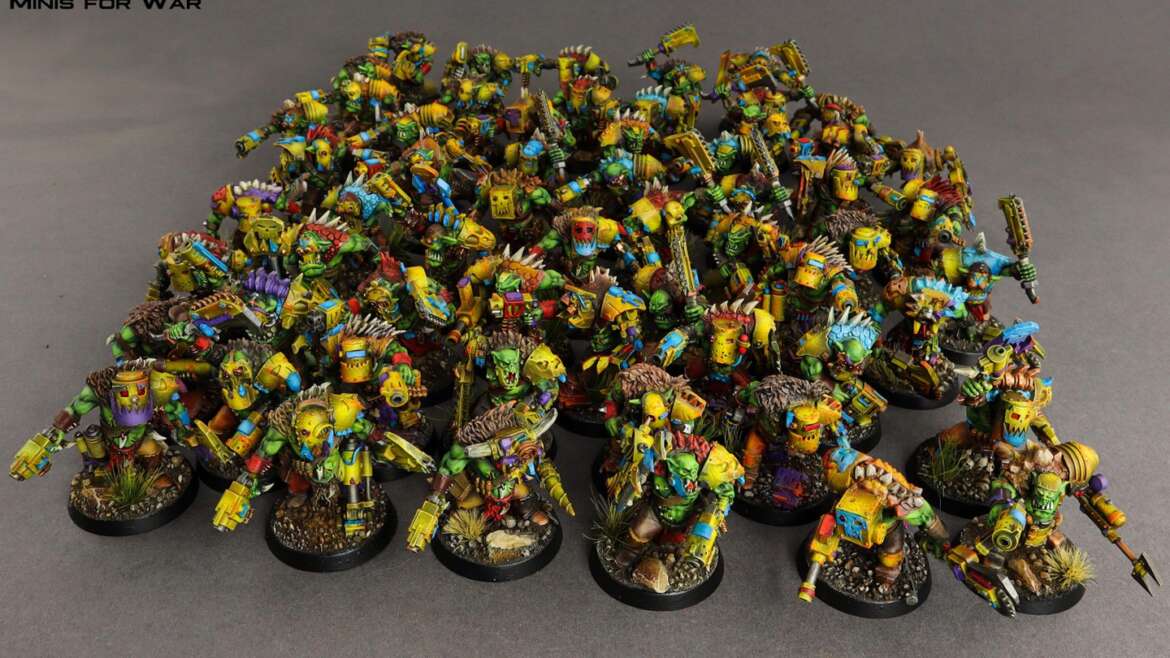 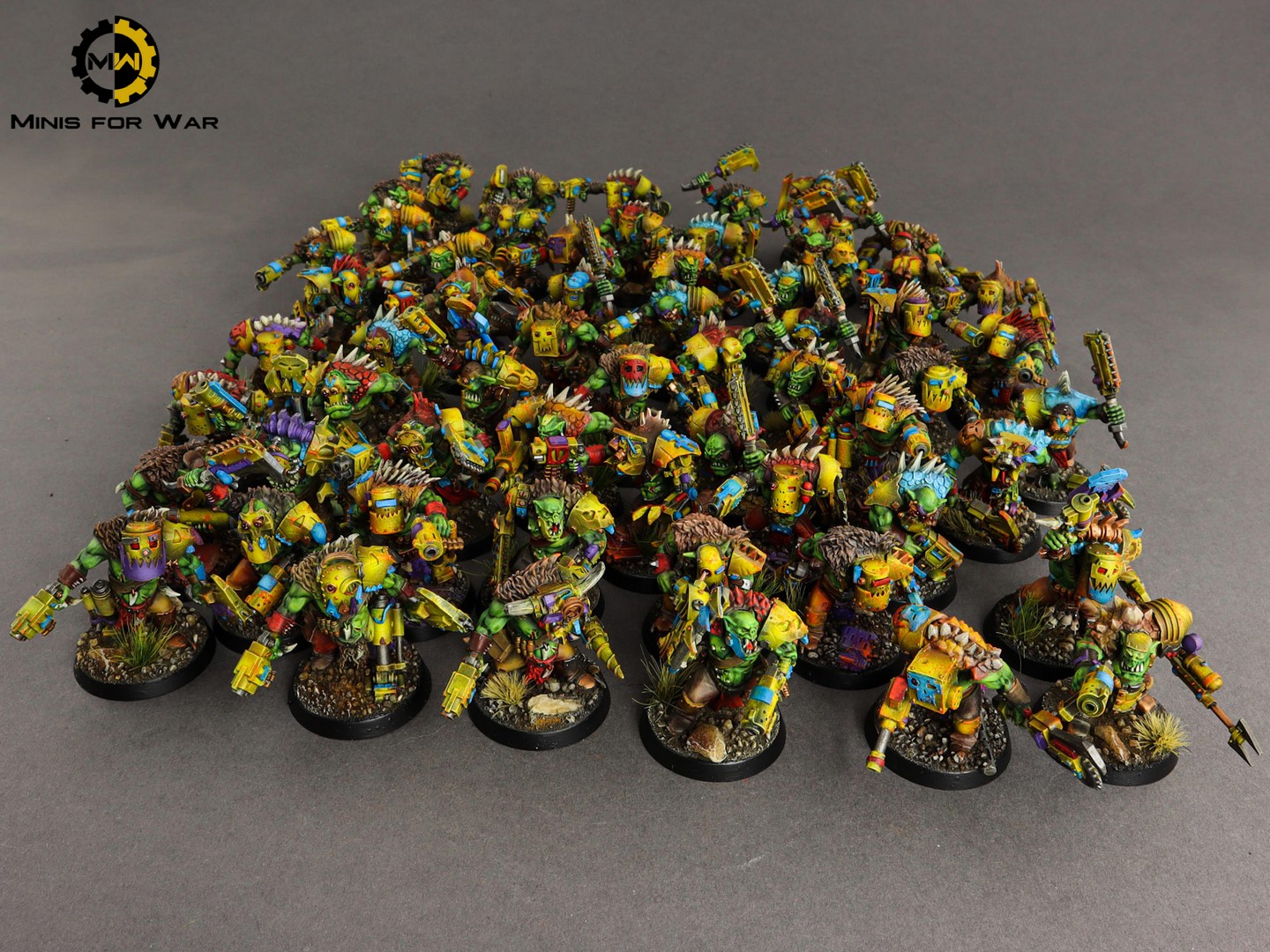 Here we go with reinforcements for Orks from the Warhammer 40k universe (be careful these models are slightly converted)!

If you want to see more Orks CLICK HERE 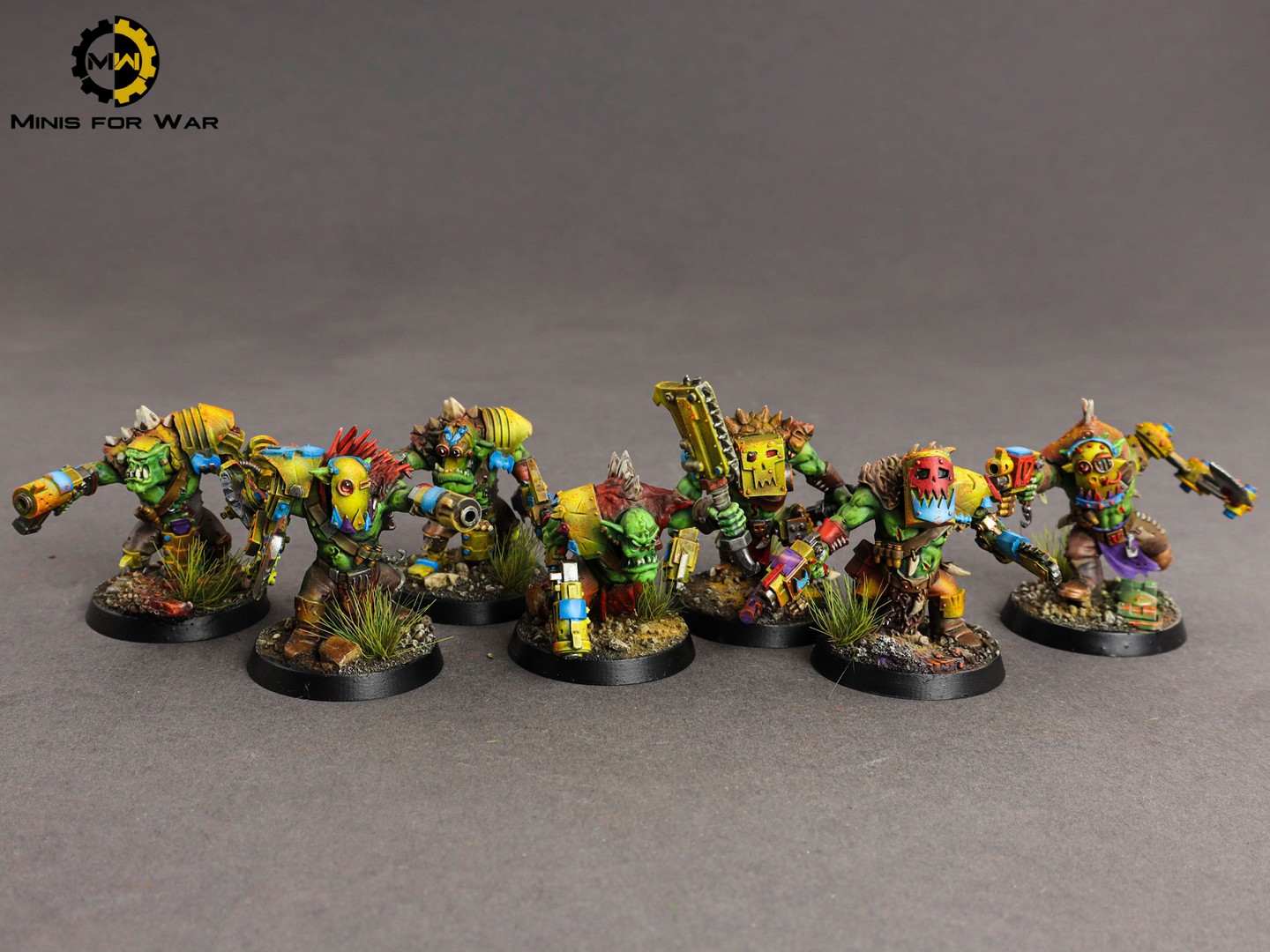 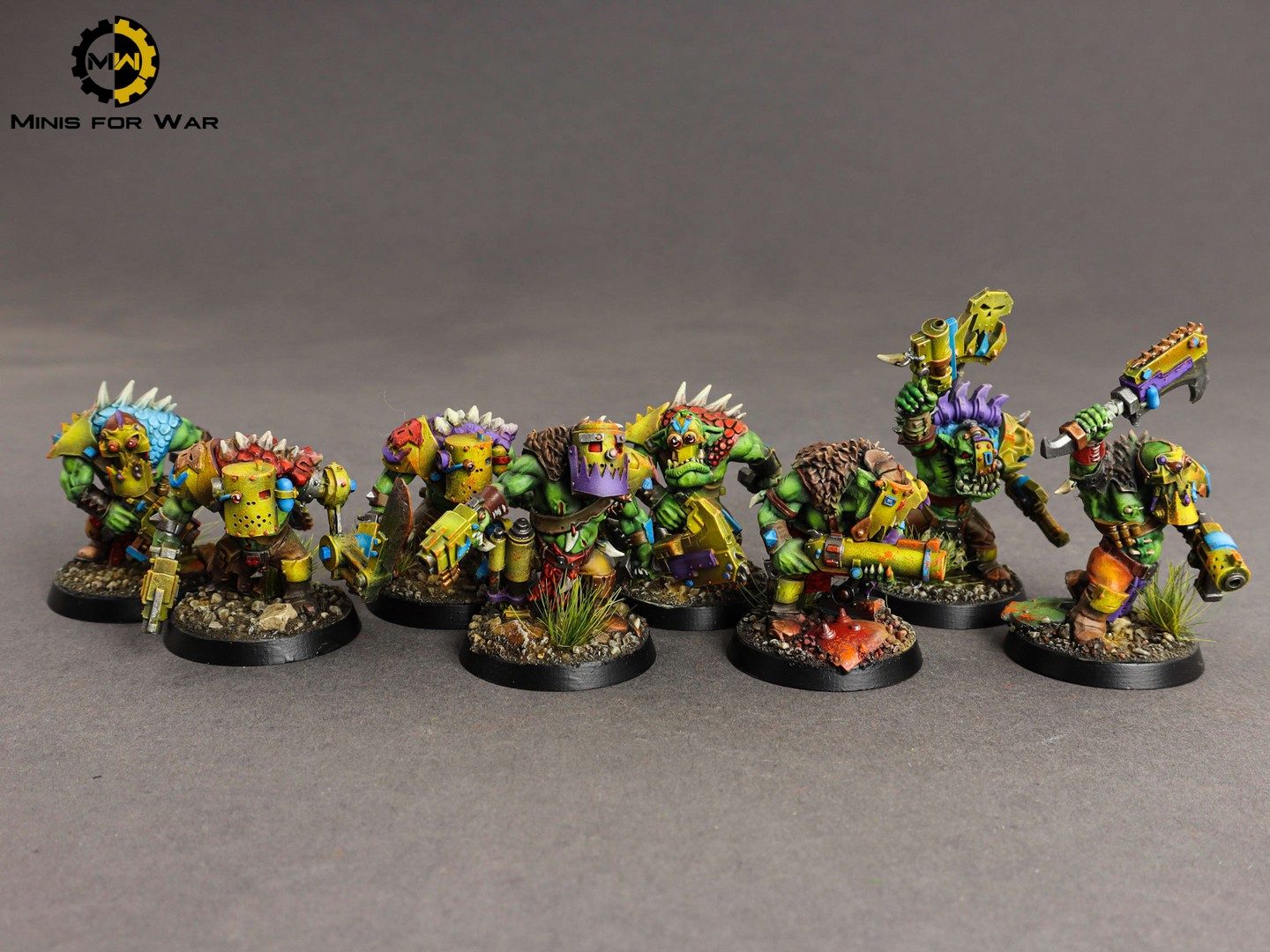 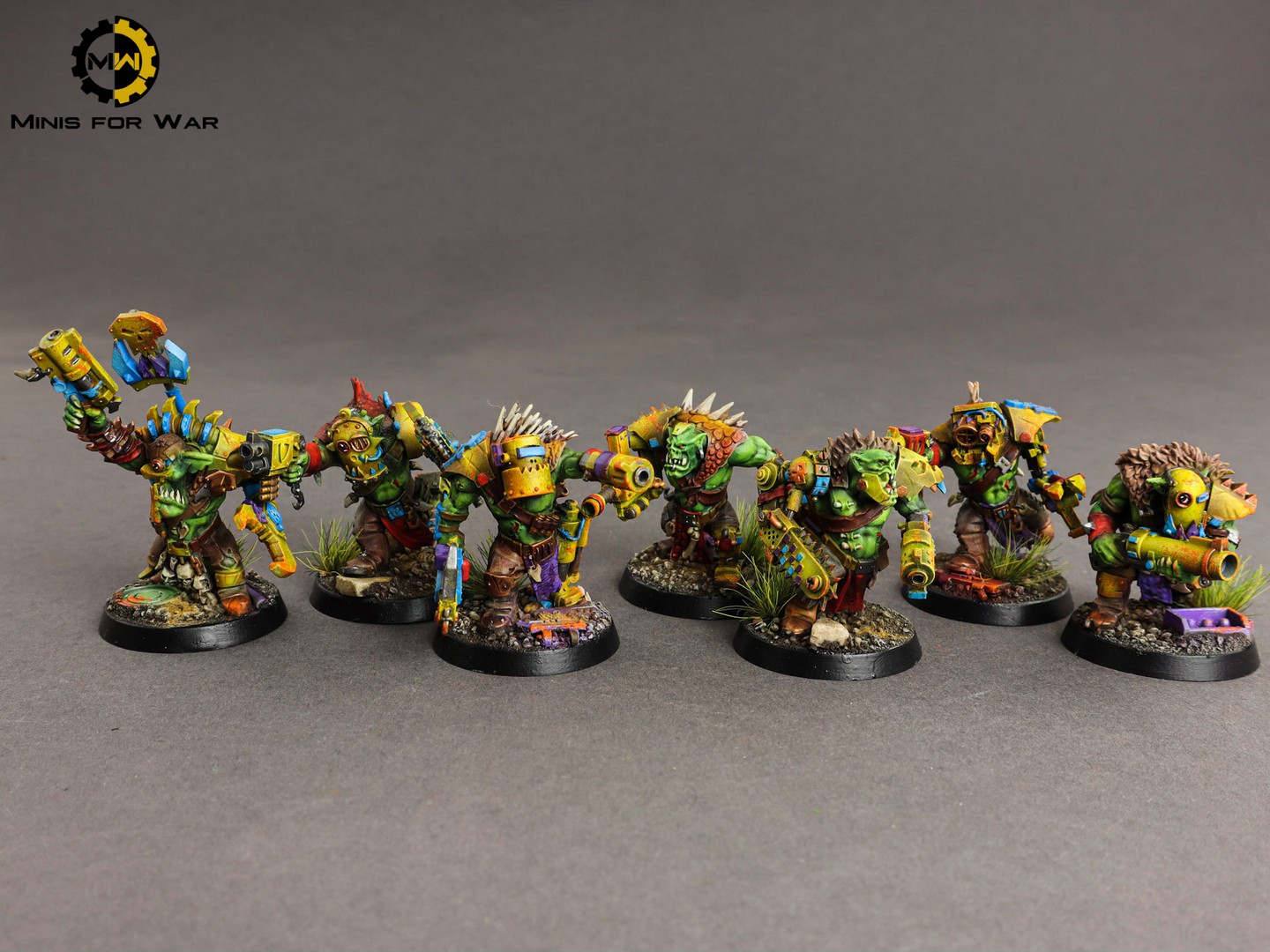 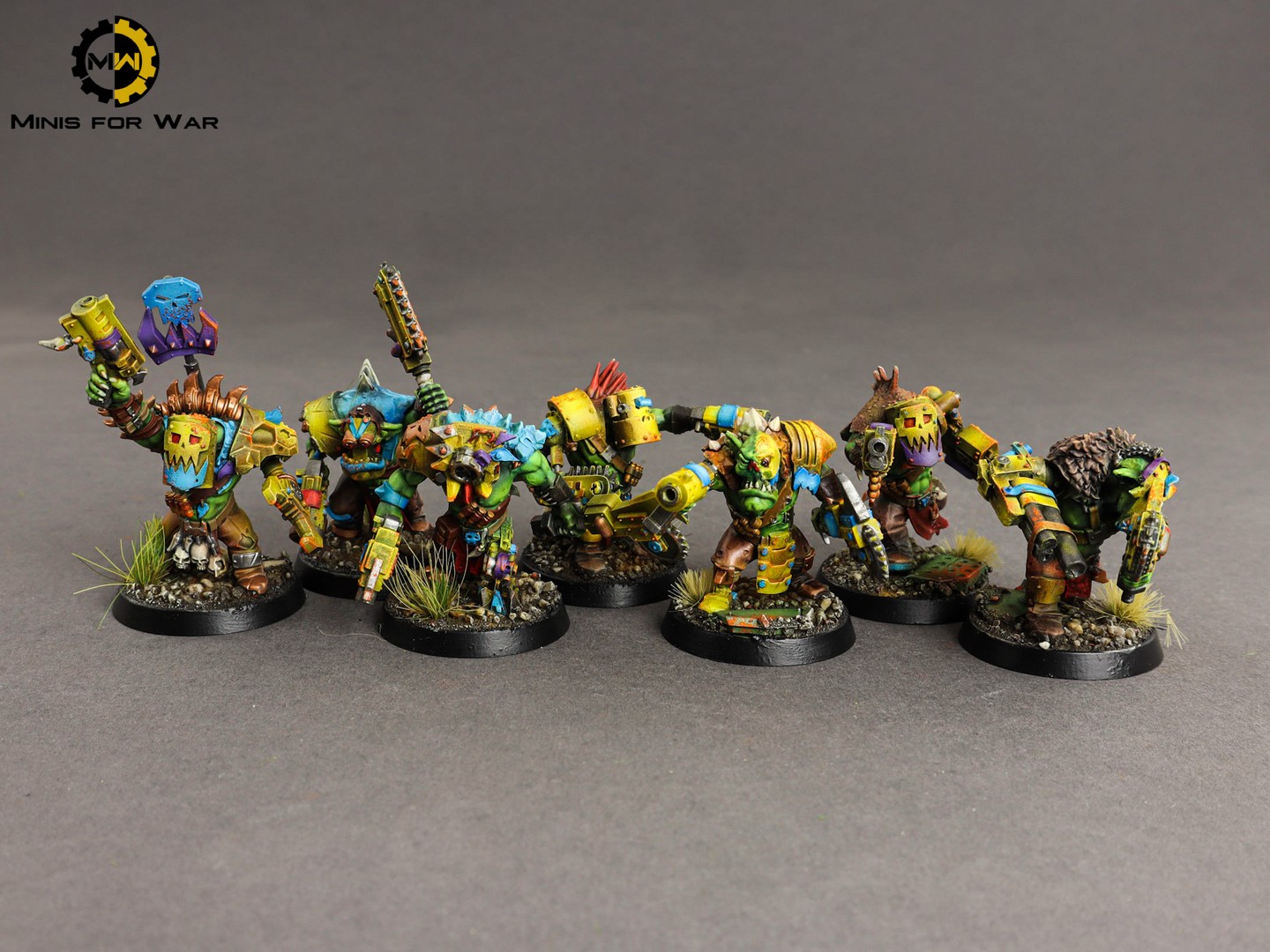 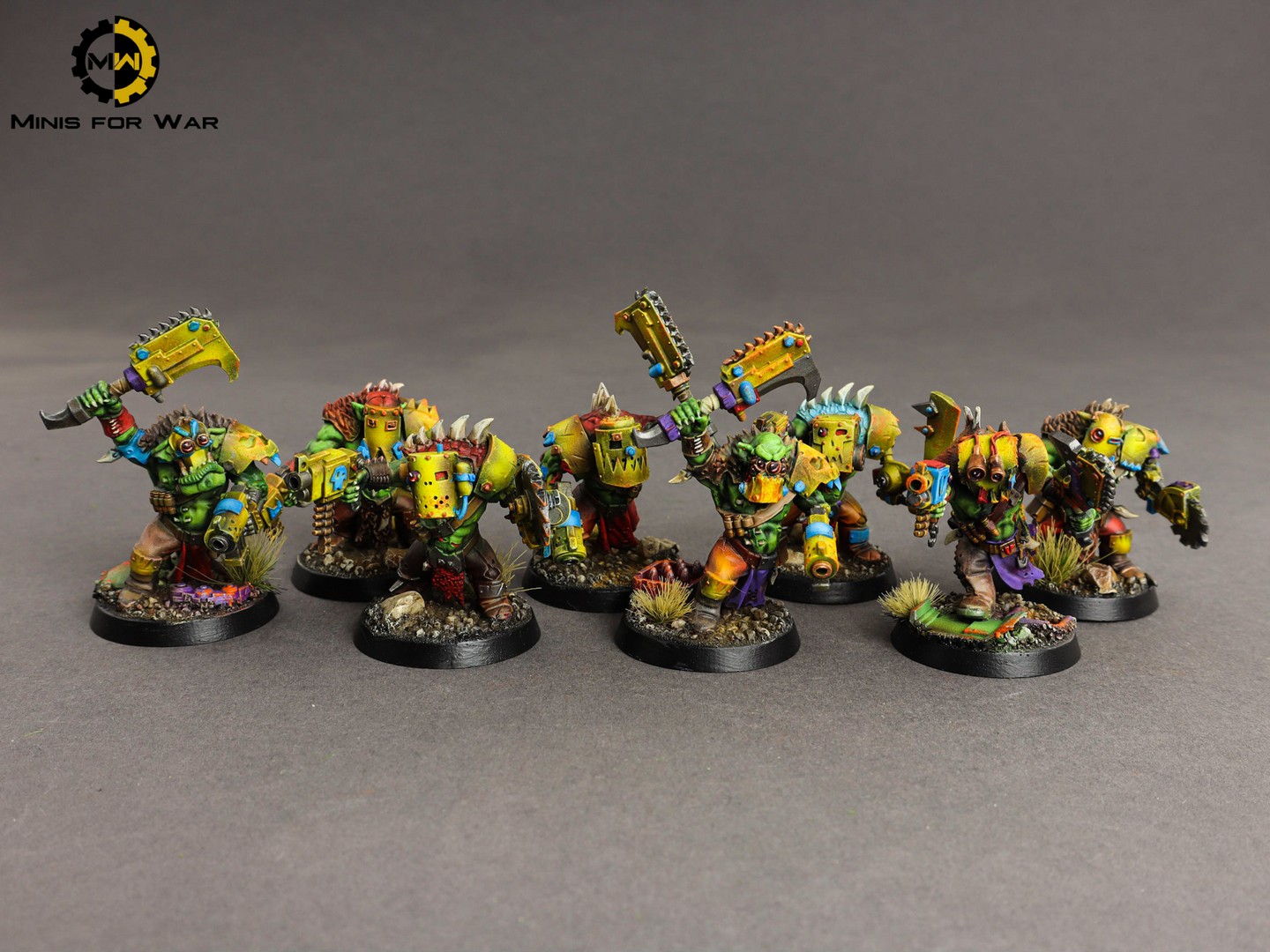 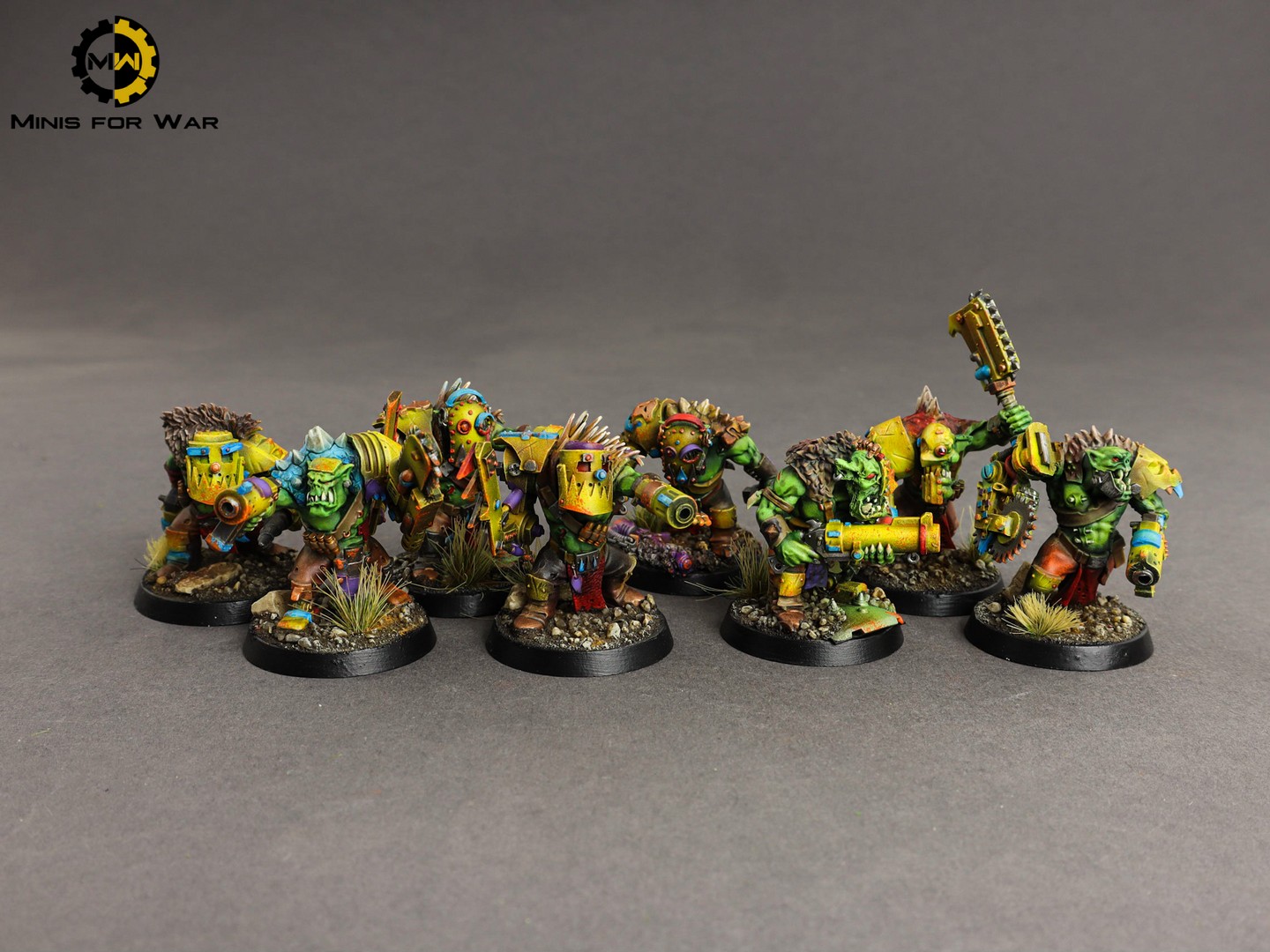 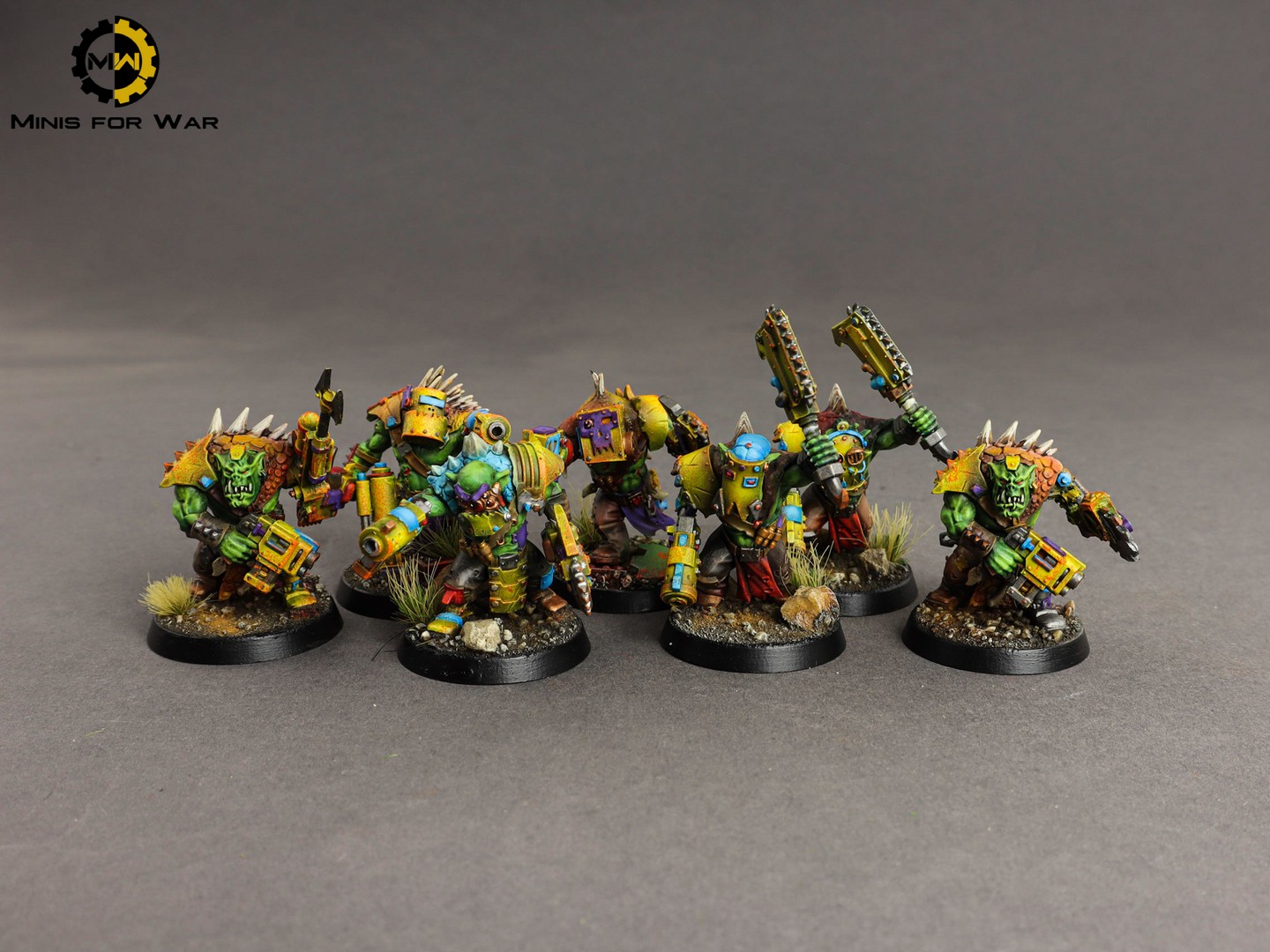 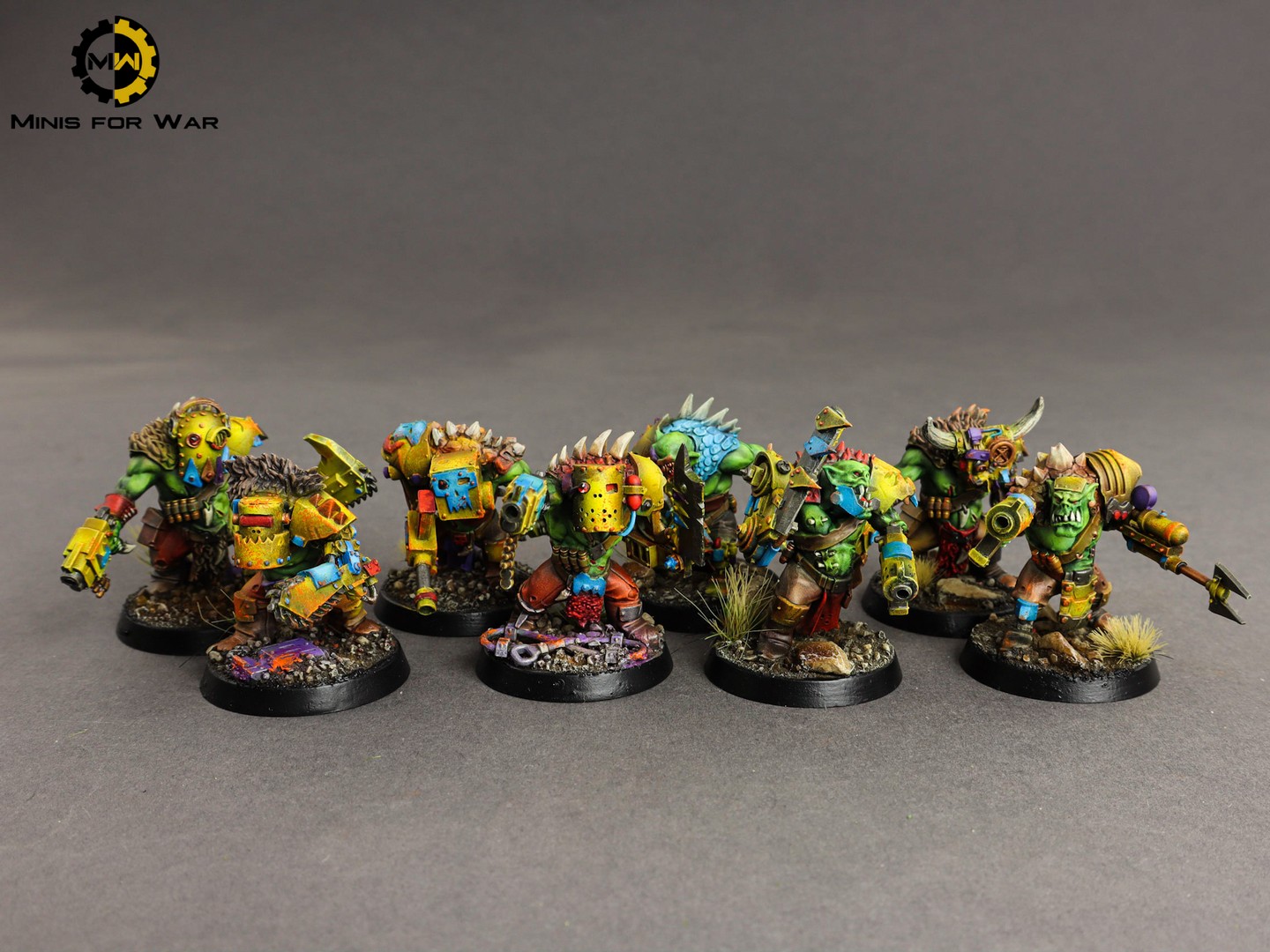 Snagga Boyz, also known as Snazzguns, are a subtype of Ork within the Warhammer 40,000 universe. They are typically armed with Snazzguns, which are powerful, improvised weapons made from scrap and salvaged materials. These weapons are known for their unpredictable nature, and can range from simple, crude firearms to complex, multi-barreled death machines. Snagga Boyz are known for their love of flashy, noisy weapons, and often decorate their guns with bright colors and crudely-drawn symbols. They are also known to be loud and boisterous, relishing in the sound of their weapons firing. Snagga Boyz are a sub-faction of orks and are usually led by a nob (Ork leader). They are typically used as a support unit in Ork armies, providing heavy firepower to the battle. 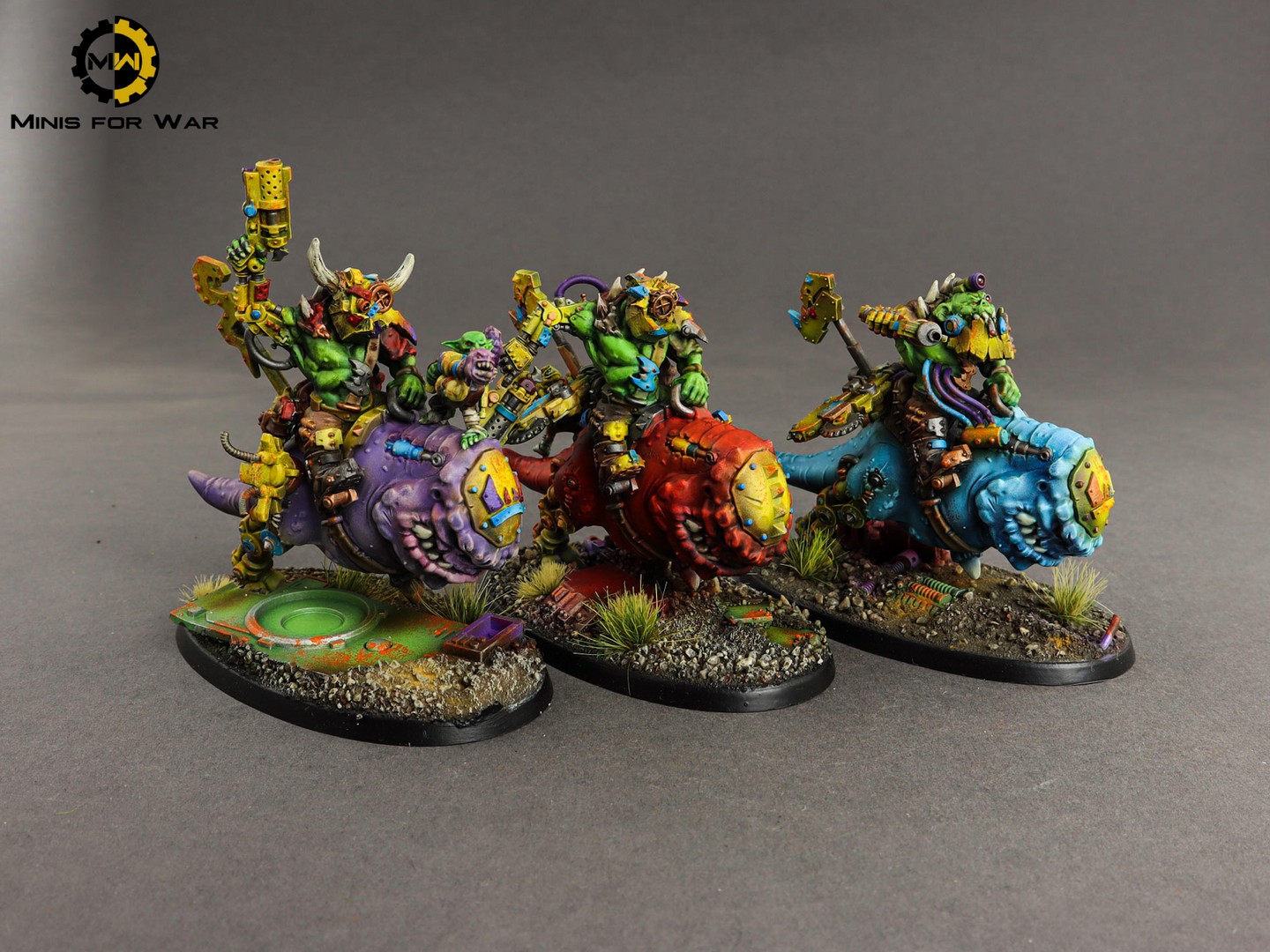 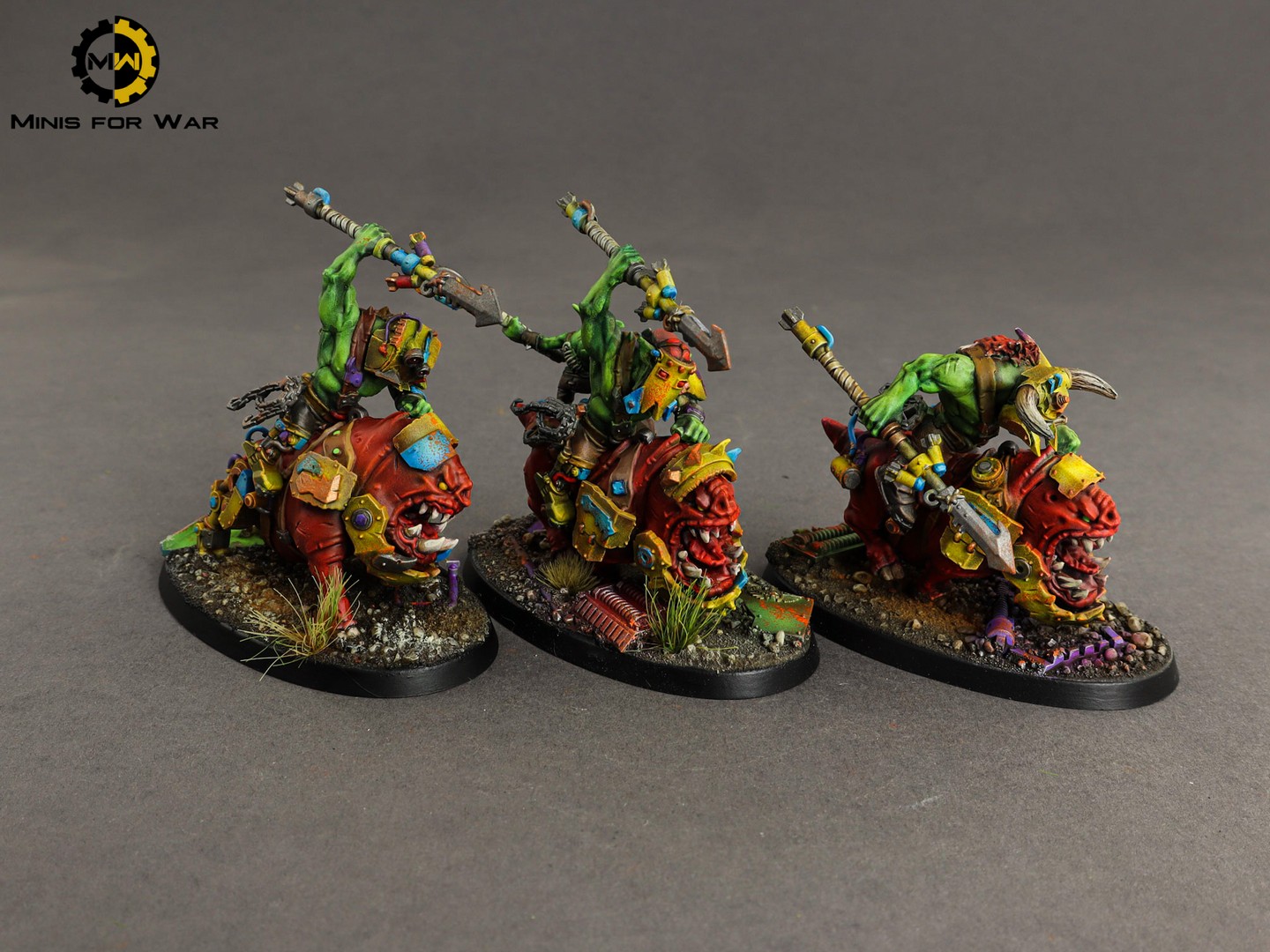 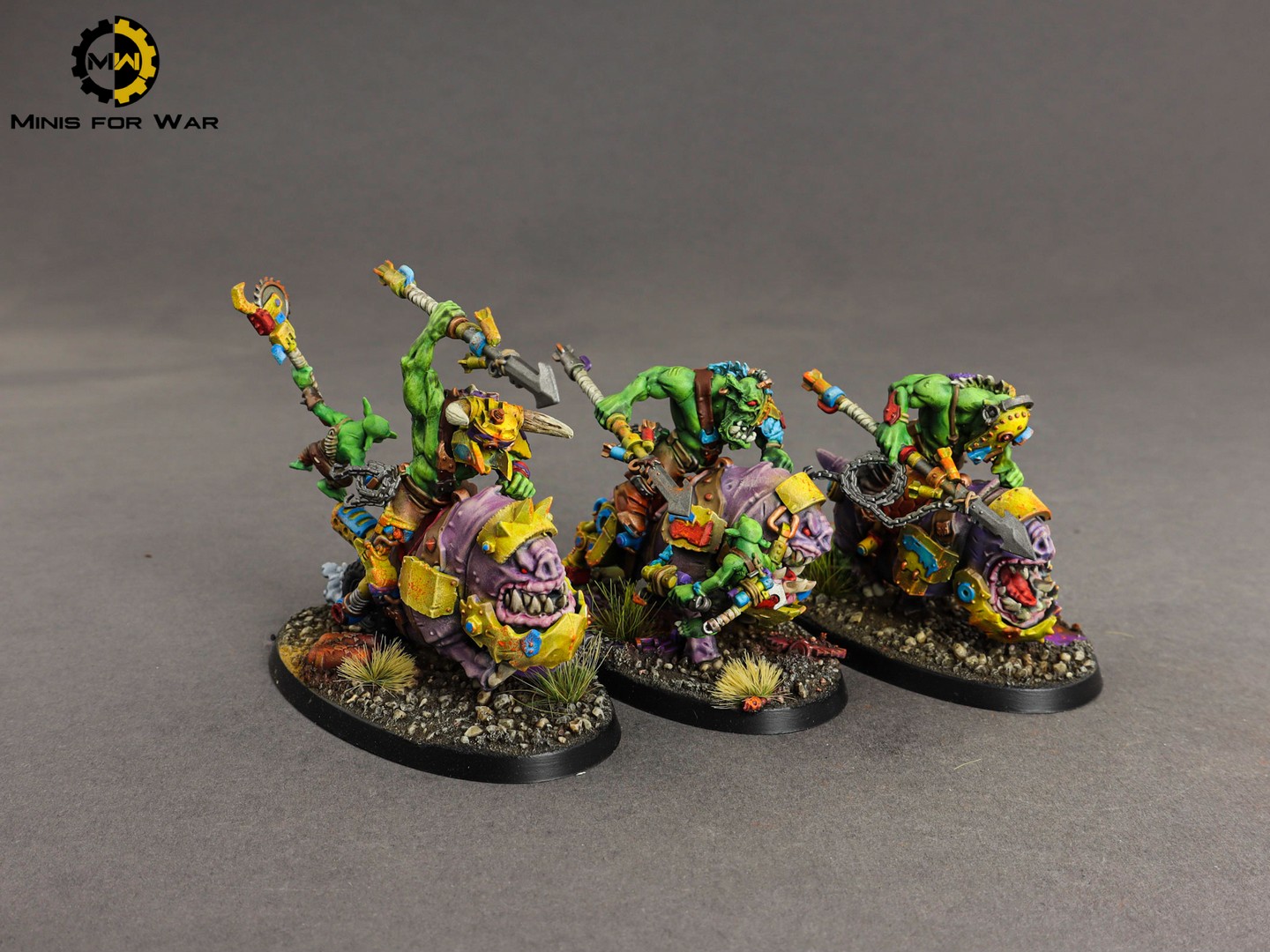 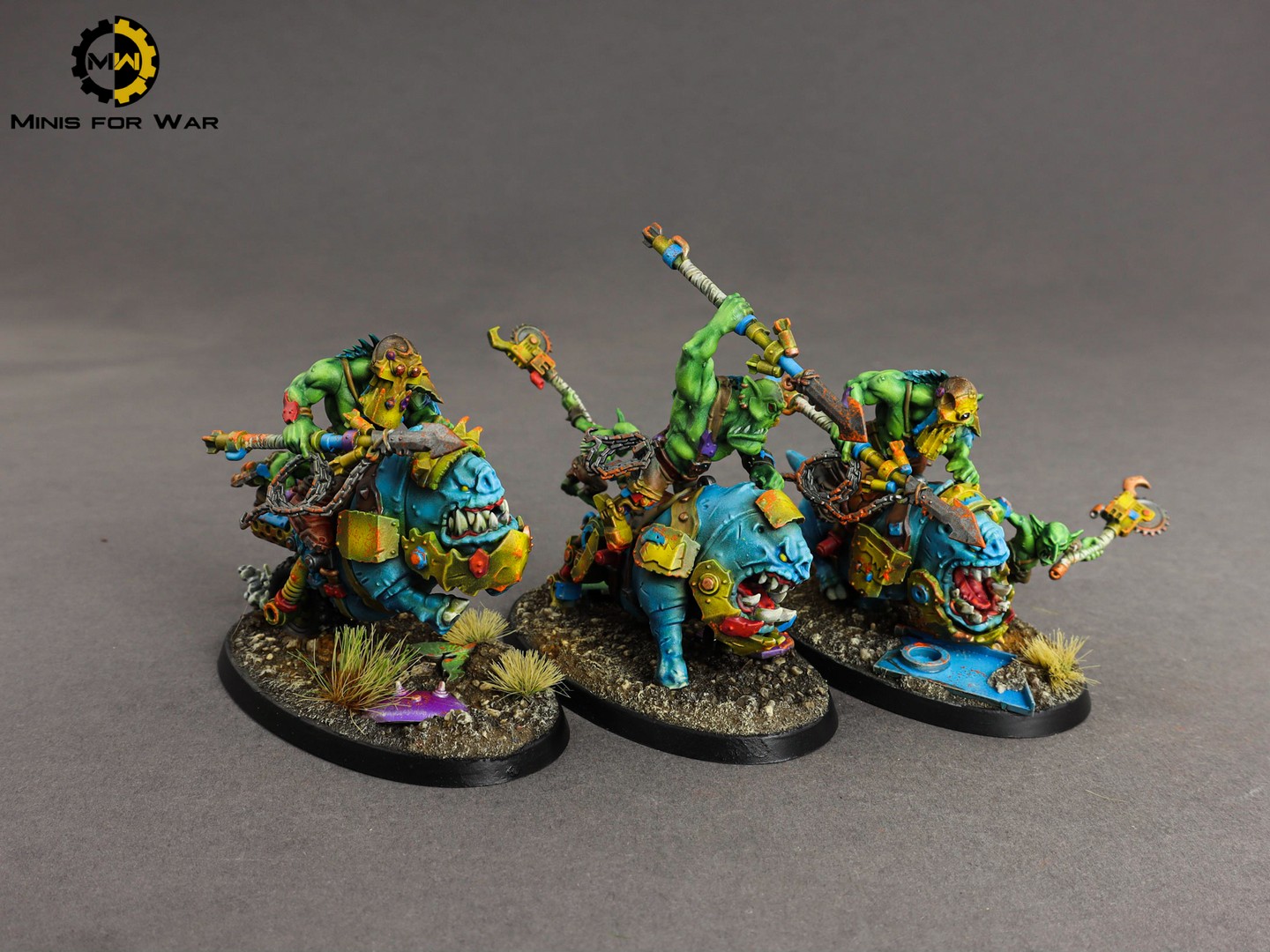 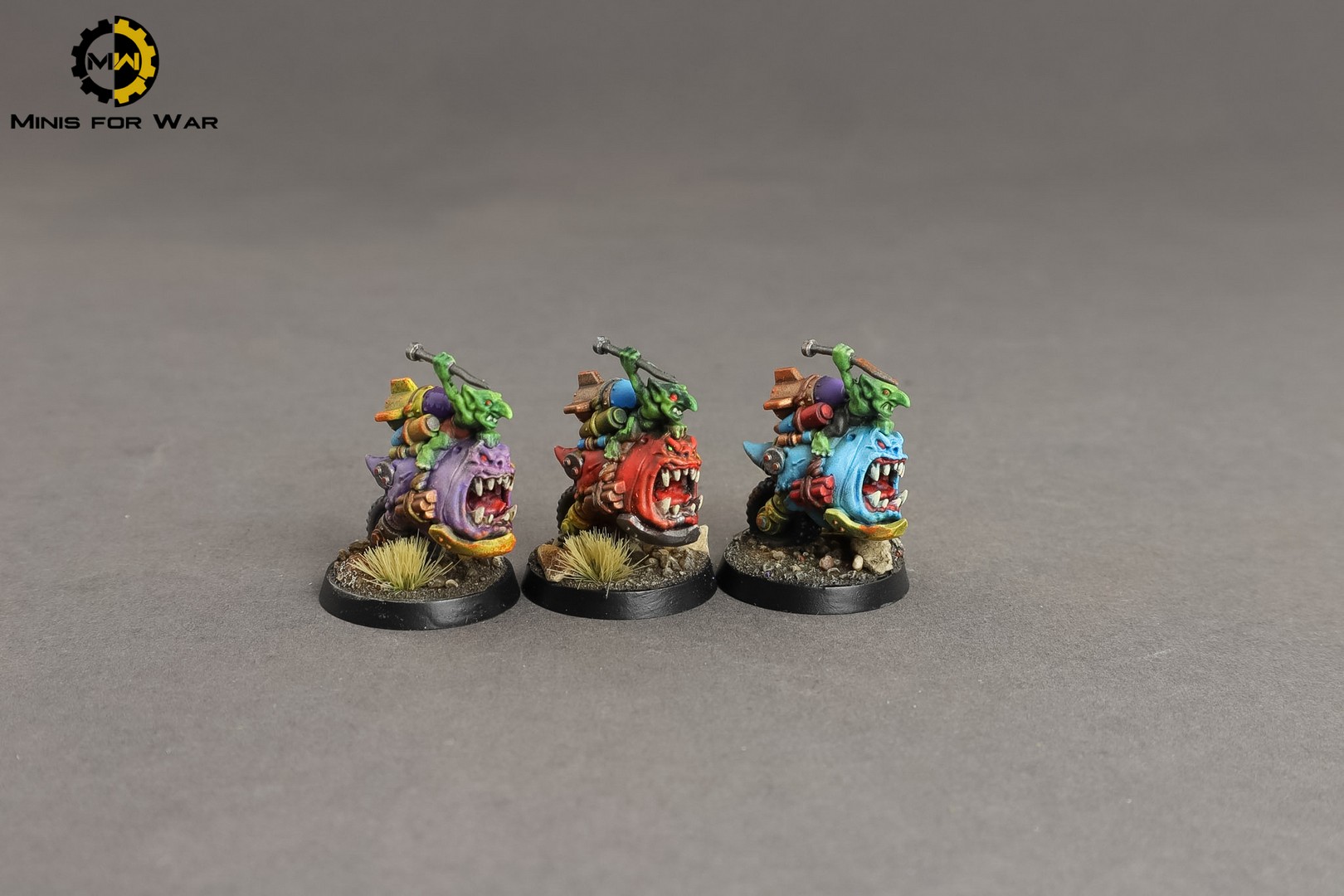 Squighounds, also known as Squighogs, are a type of creature used as mounts by Orks in the Warhammer 40,000 universe. They are quadrupedal beasts, resembling a cross between a pig and a dog. They are known for their speed and toughness, and are used by Orks as fast-moving cavalry units. Squighounds are typically outfitted with crude armor and weapons, such as spikes and blades, to make them even more deadly in battle. They are also known for their aggressive nature and fierce loyalty to their Ork riders. Squighounds are ridden by Ork Stormboyz, specialized Ork units that are known for their speed and hit-and-run tactics. They are typically used in the front line of battle, charging into the enemy to break up their formation and cause confusion. 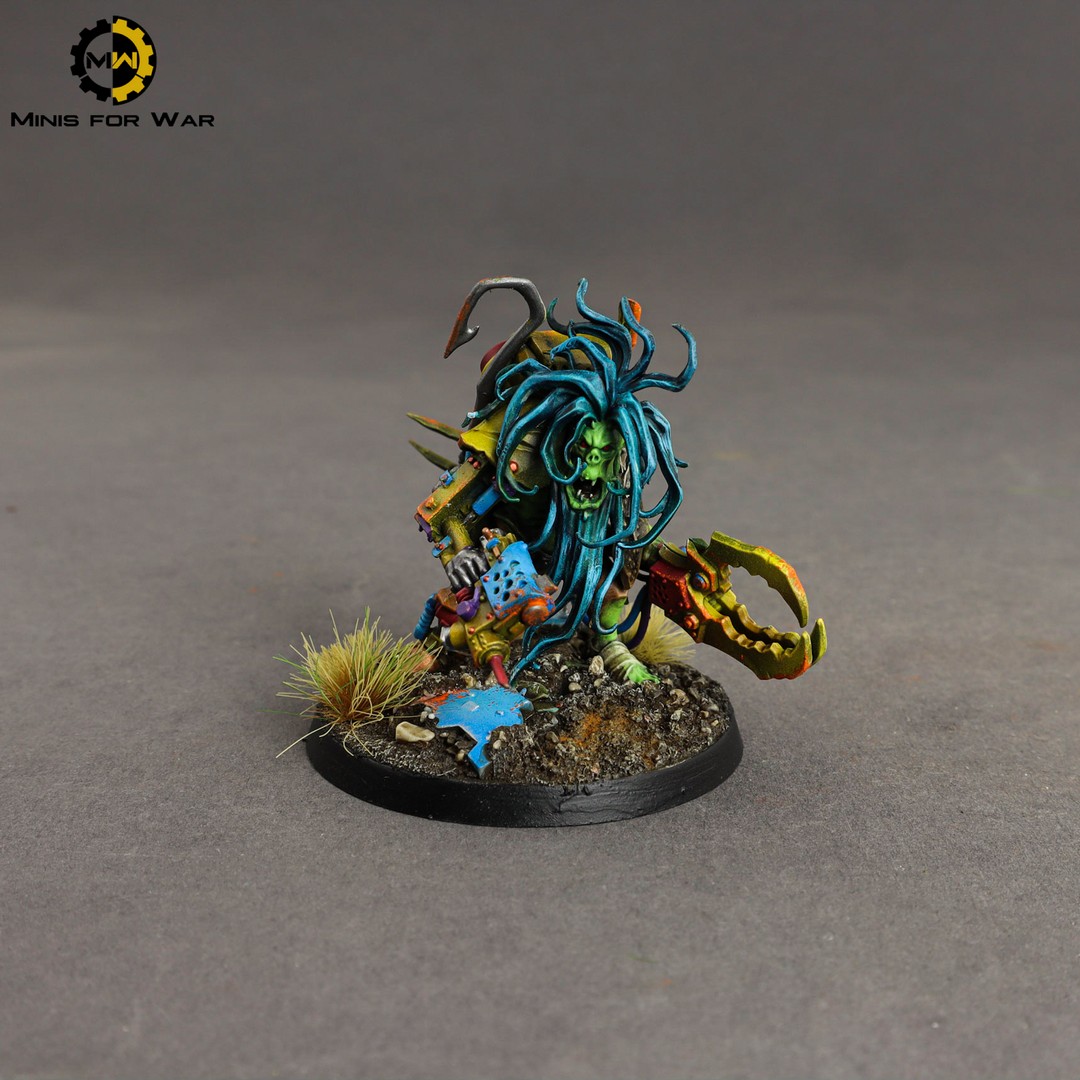 With his Grabzappa crackling, Zodgrod herds his notorious super runts into battle. This irascible loon is never happier than when wrangling especially large and rowdy foes, usually by peppering them with needles from his Squigstoppa Numba 5, then burying them in a rampaging horde of diminutive little monsters. Lead your Orks into battle with the legendary Runtherd, Zodgrod Wortsnagga. Not only is he a great force multiplier for your Gretchin, but he can help to put enemy Monsters in their place, and he wears an incredibly fashionable hair squig to boot. As with all Beast Snaggas, he’s a handful in close combat, and his special grabba will surprise more than a few enemies.

If you want commission feel free to contact us!