Hello Everyone! How are you doing?

Across the Galaxy there is name, that strikes horror and terror into all that hear it. No surrender is possible, no clemency can be hoped for. A report of the World Eaters can mean only one thing to any who recieved this doleful news – ANNIHILATION. Where other forces of Chaos will expect and accept surrender, sacrifice and supplication, though the World Eaters do not. They are the hand of doom, for any in their path.

The vehicle army was a pretty challenging project, yet very satisfying project. The whole process started with some minor and major conversion techniques provided by our Client. Forge World Vindicators and Land Raiders were taken as base models for that commission. As far as I know, starting point was adding tank barrels. Then it was finished the vehicles with some grotesque, chaos elements such as skulls, tentacles and other ornaments. Two main colors are red and blue, even though I wasn’t sure about this choice at the beginning, I need to admit it turned out great! 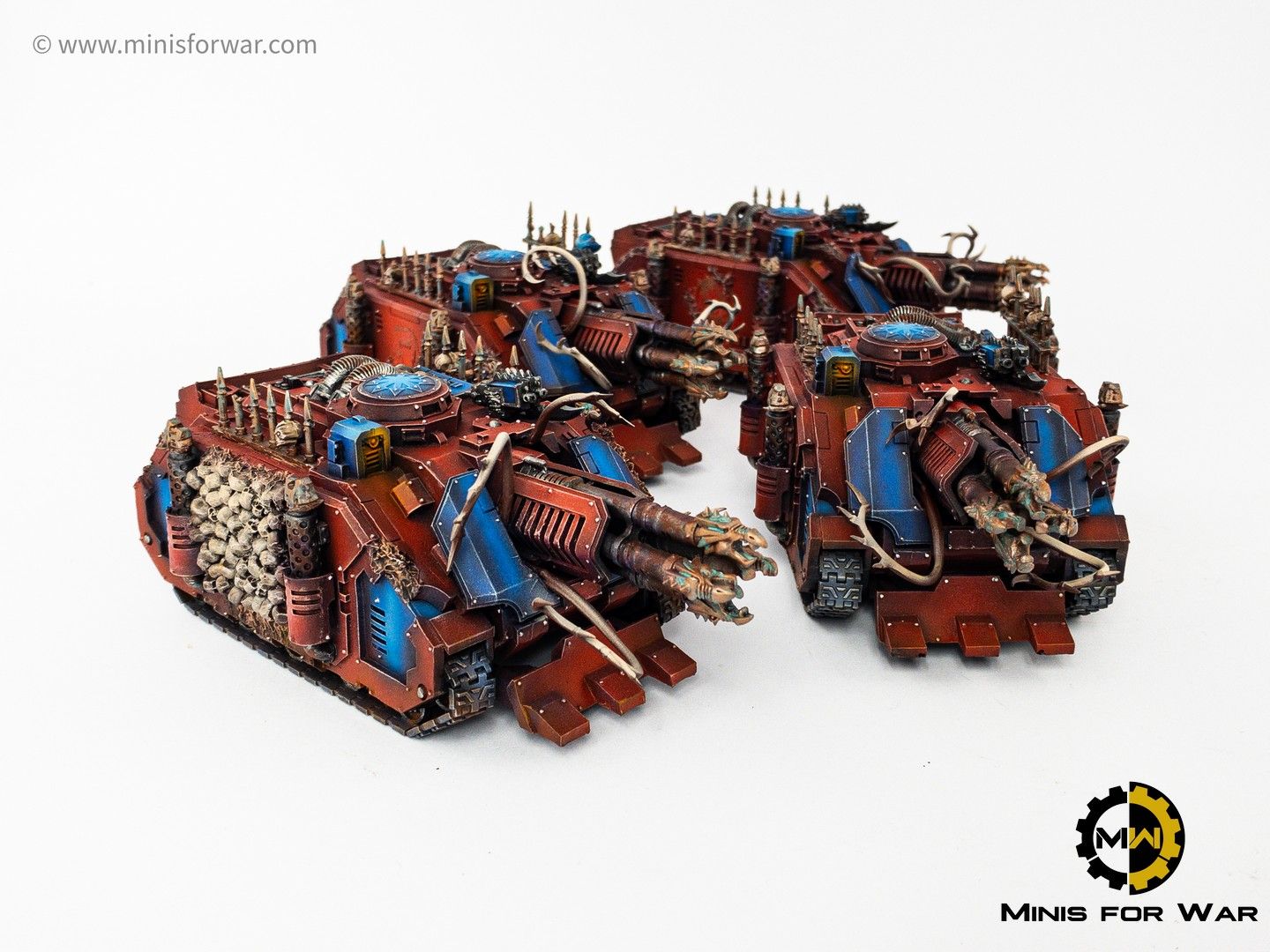 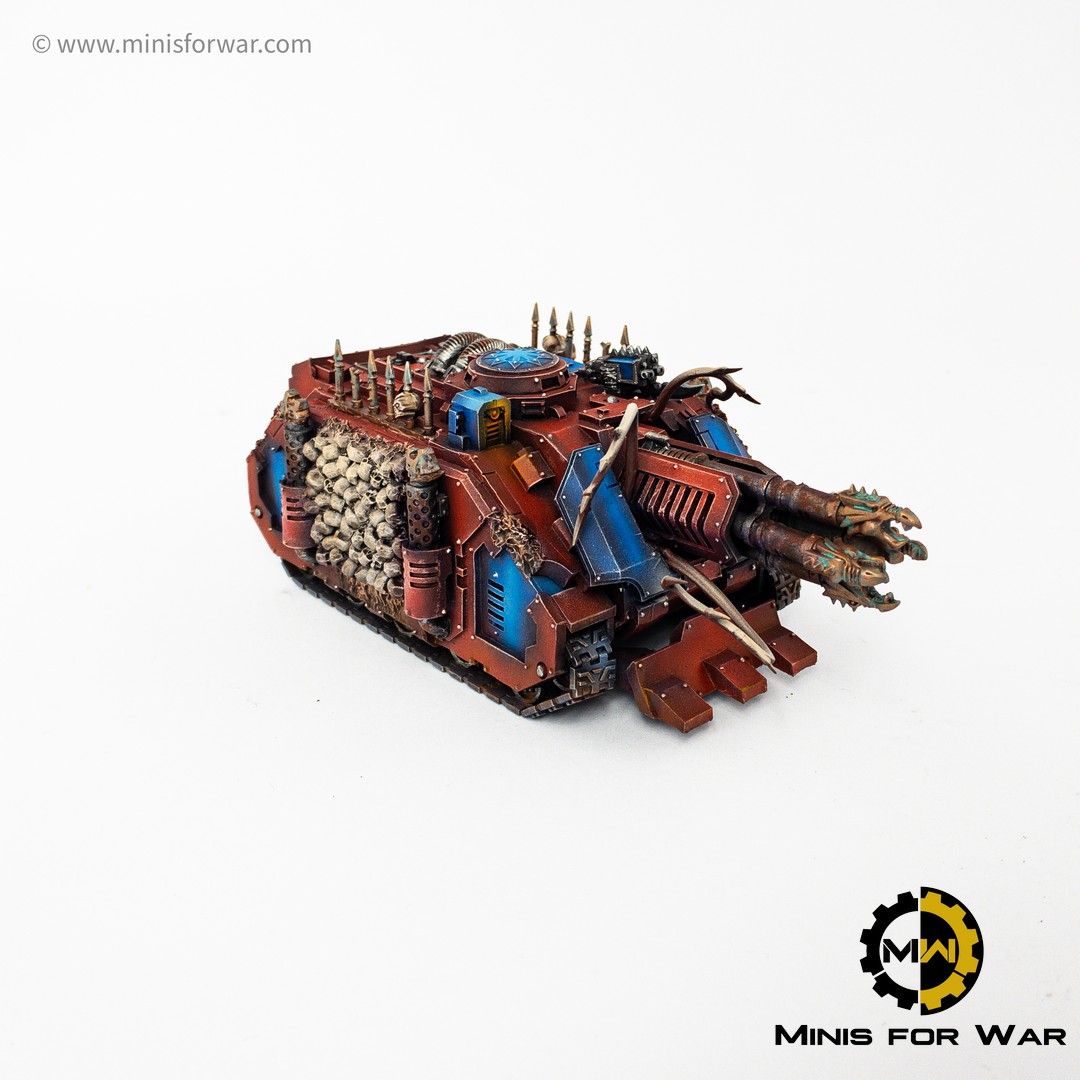 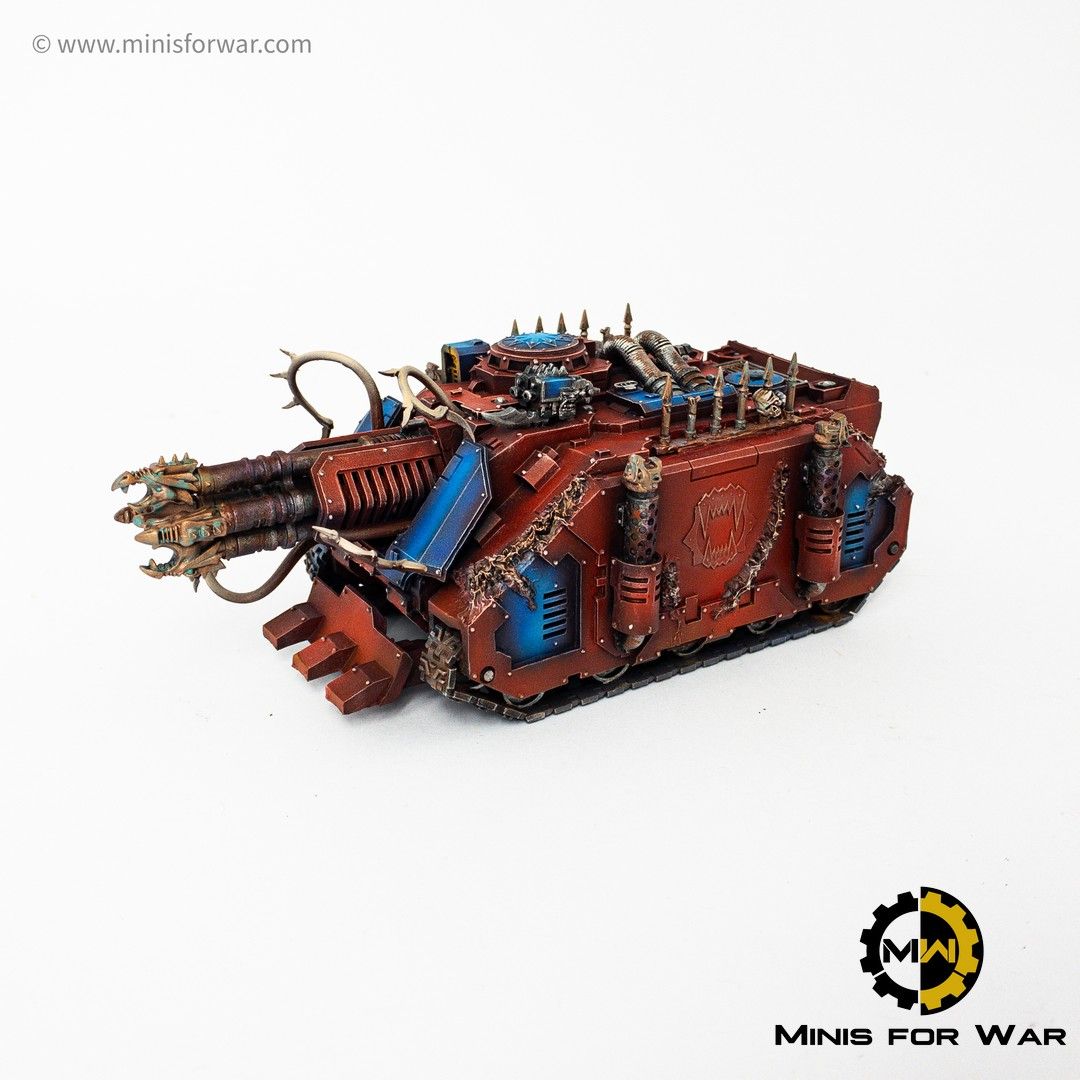 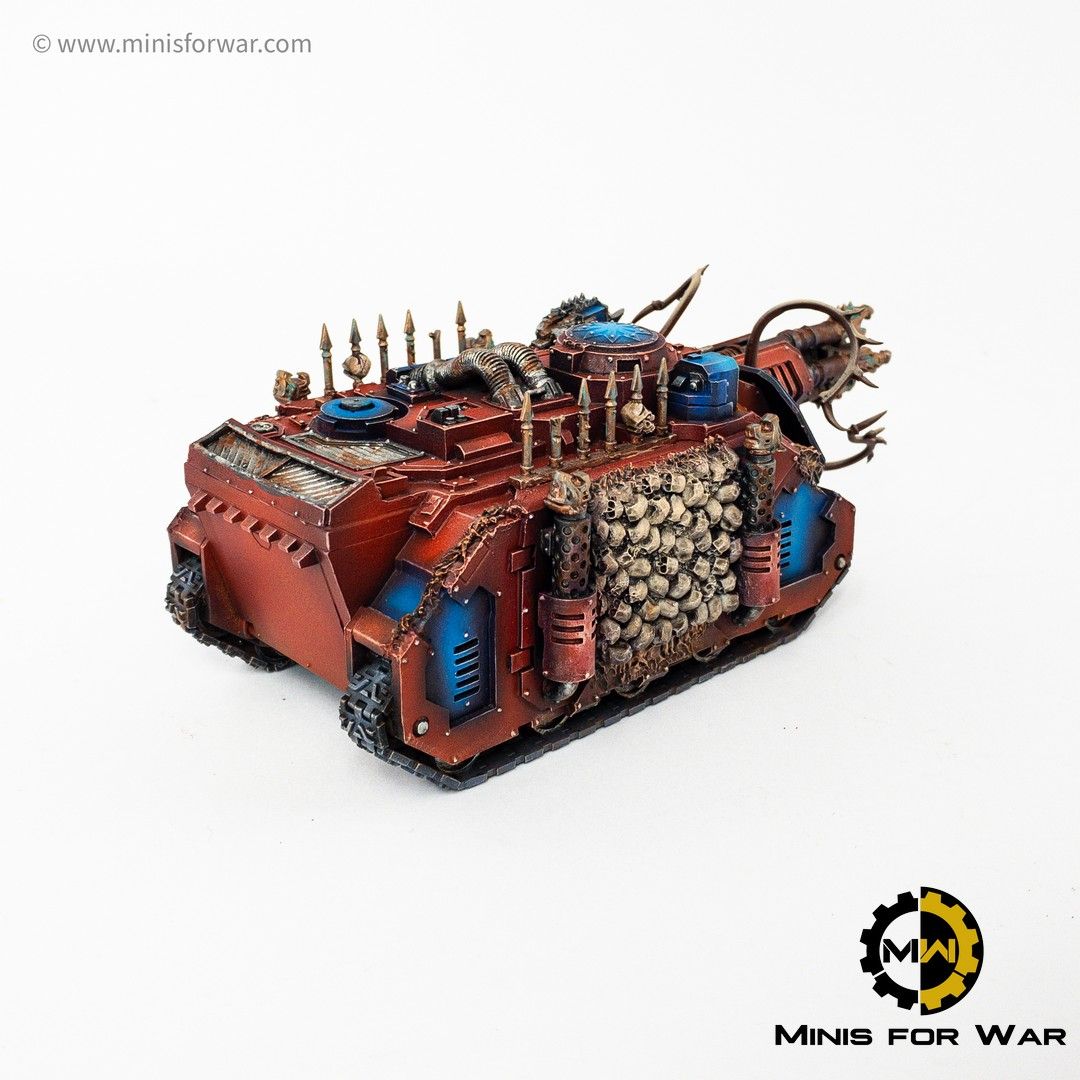 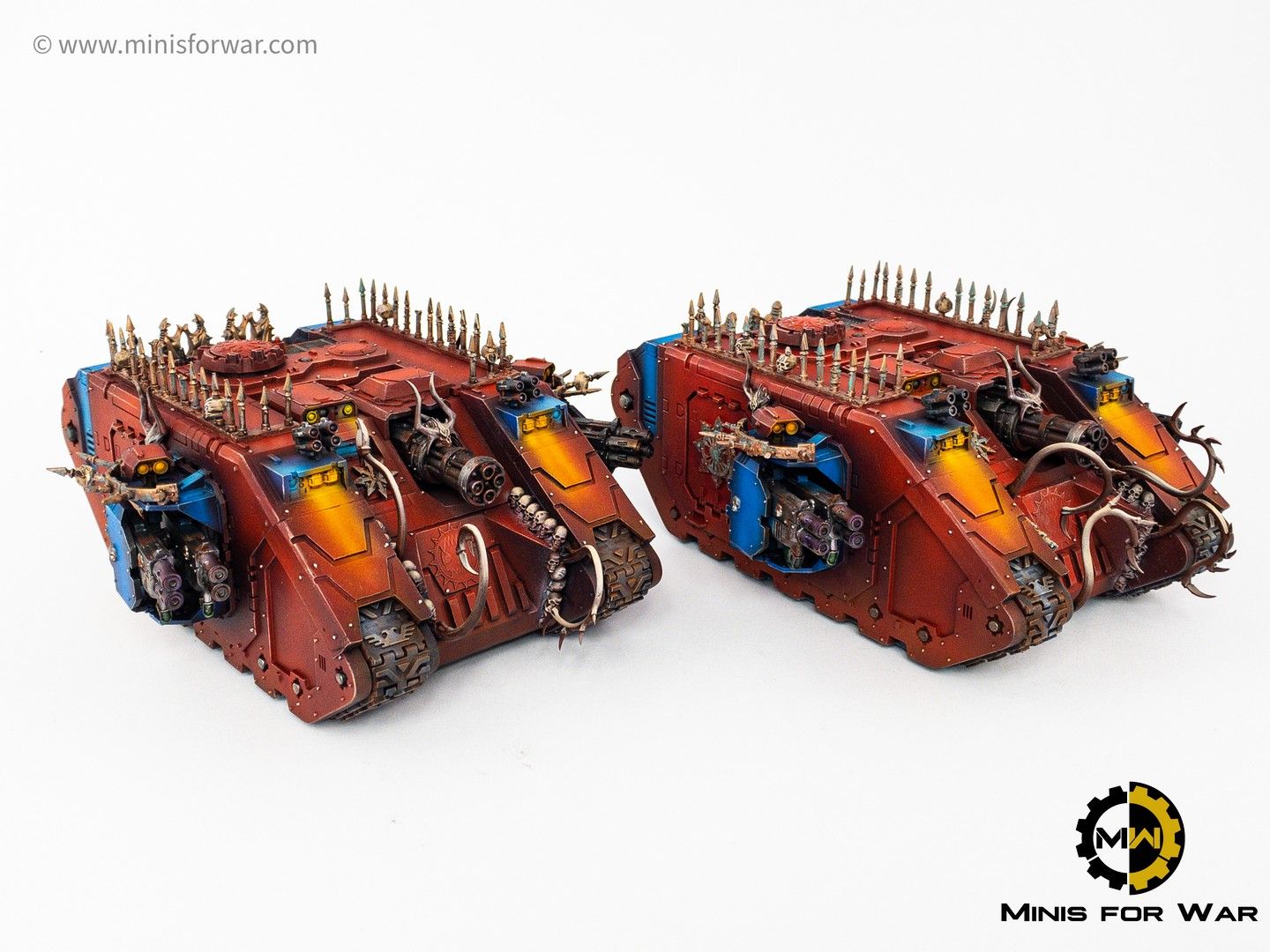 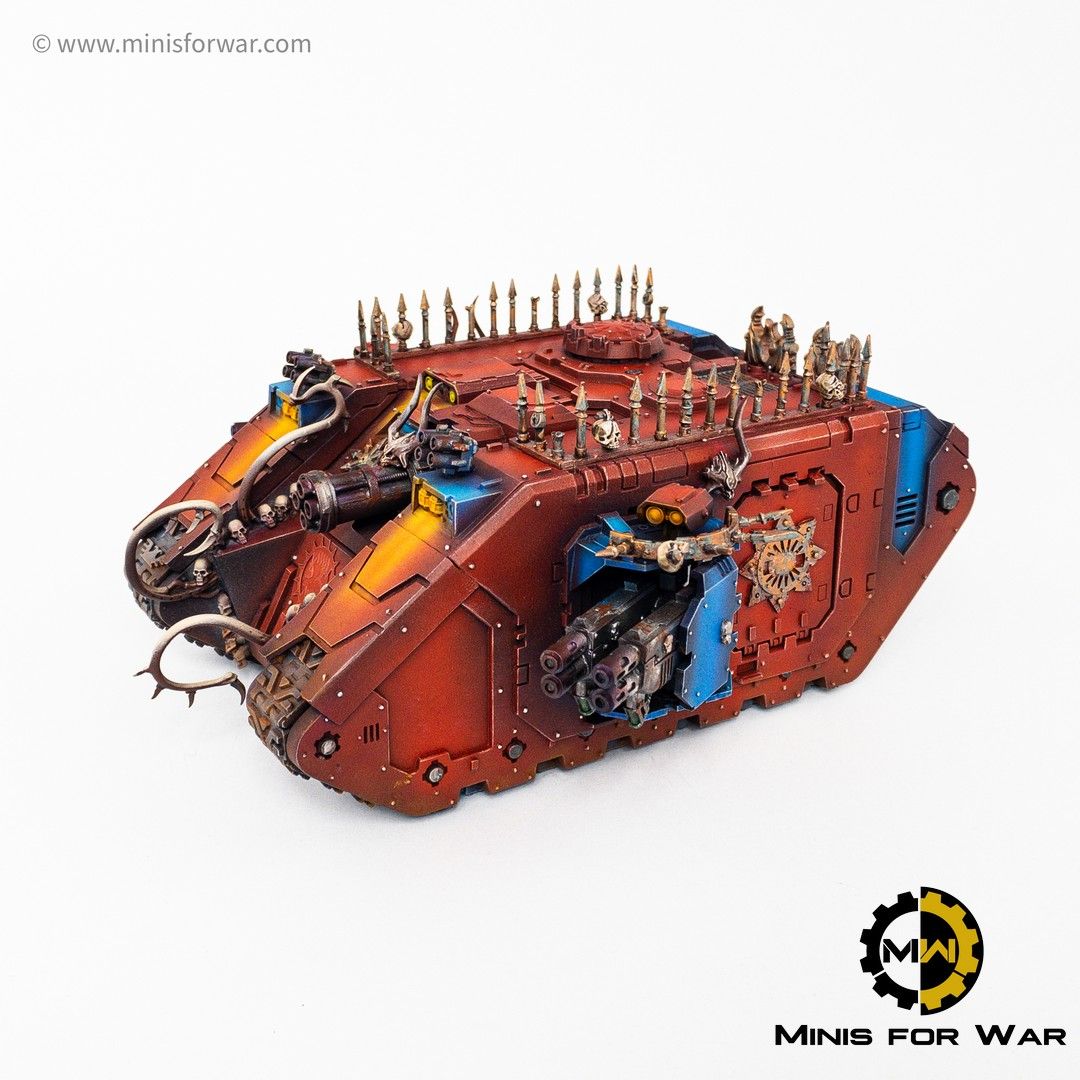 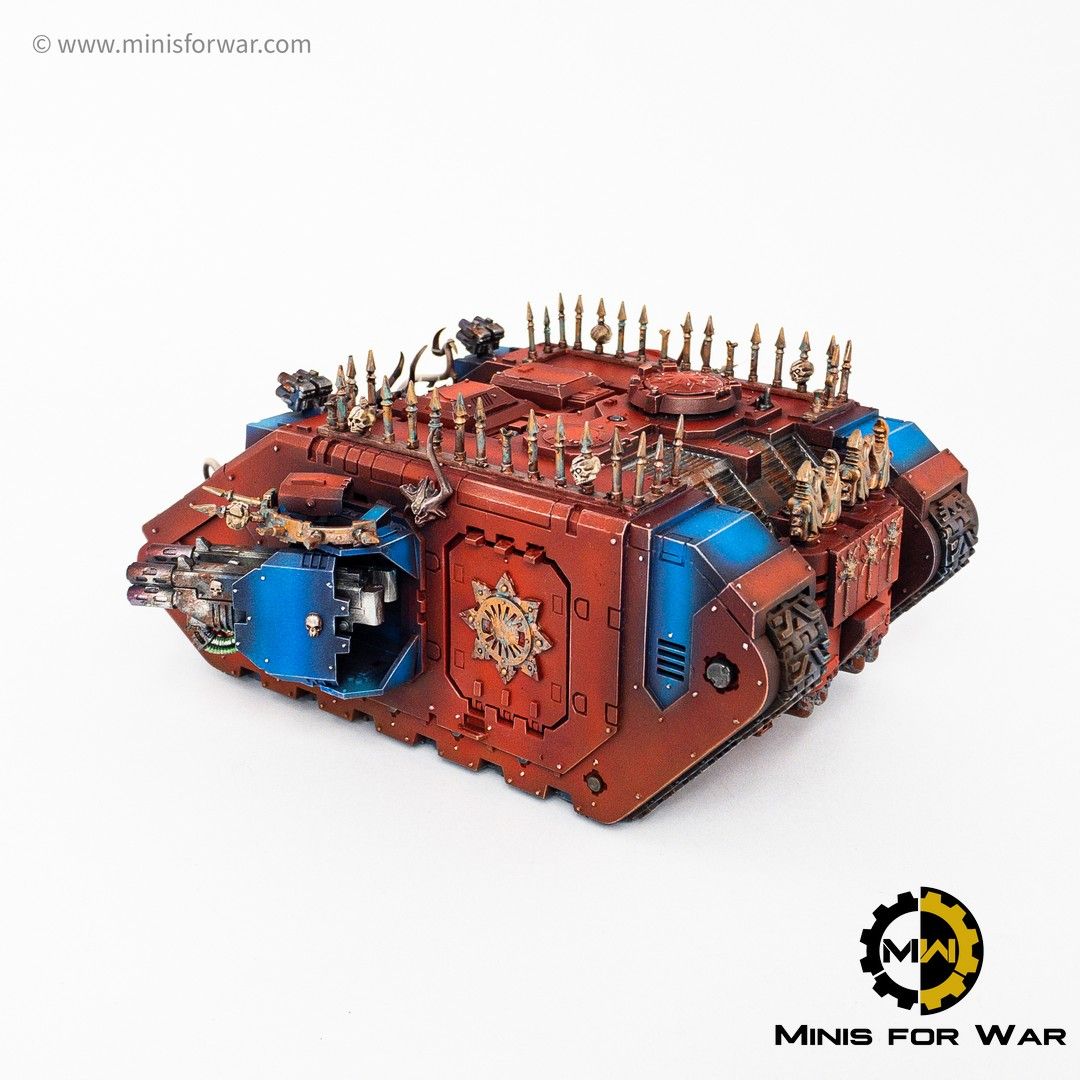 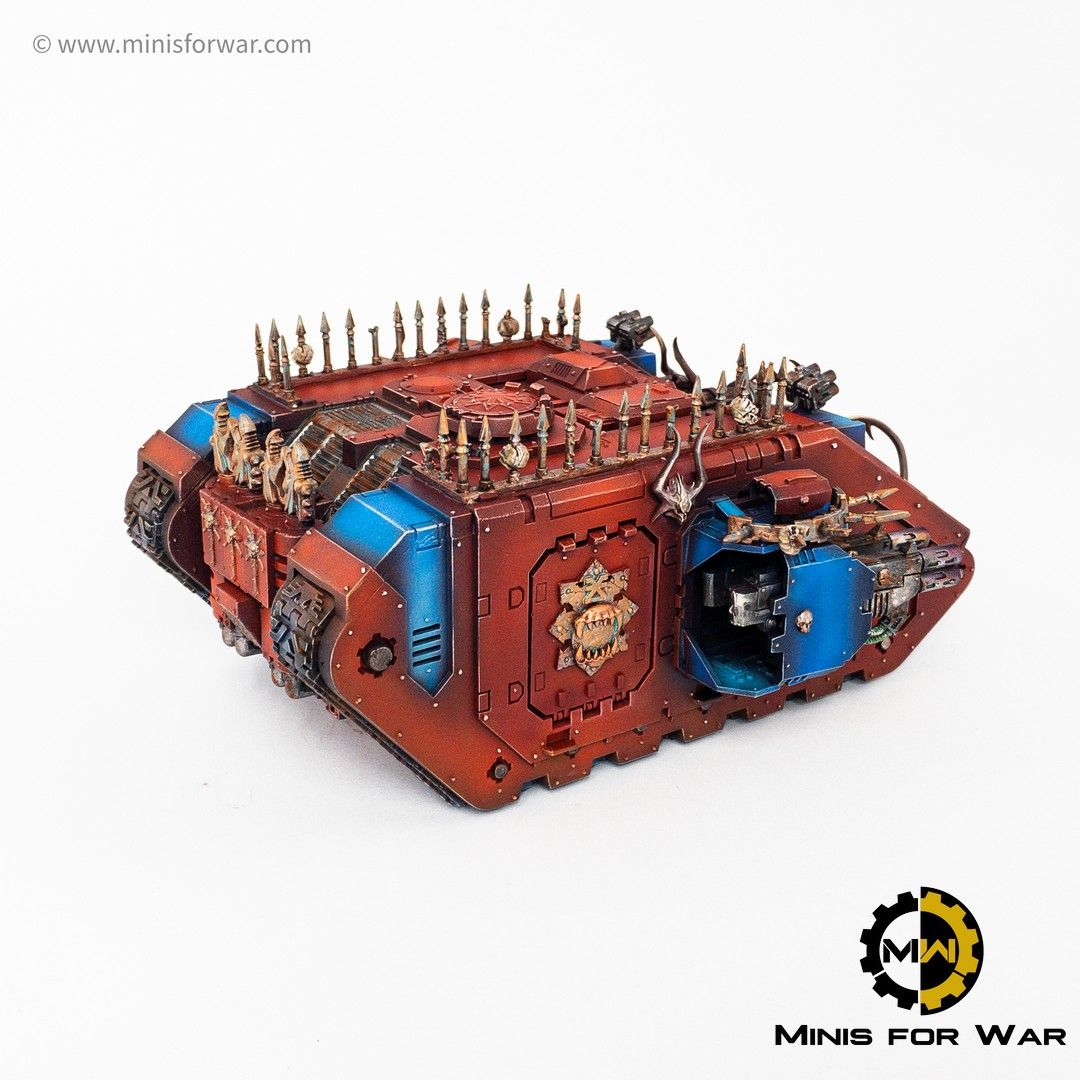